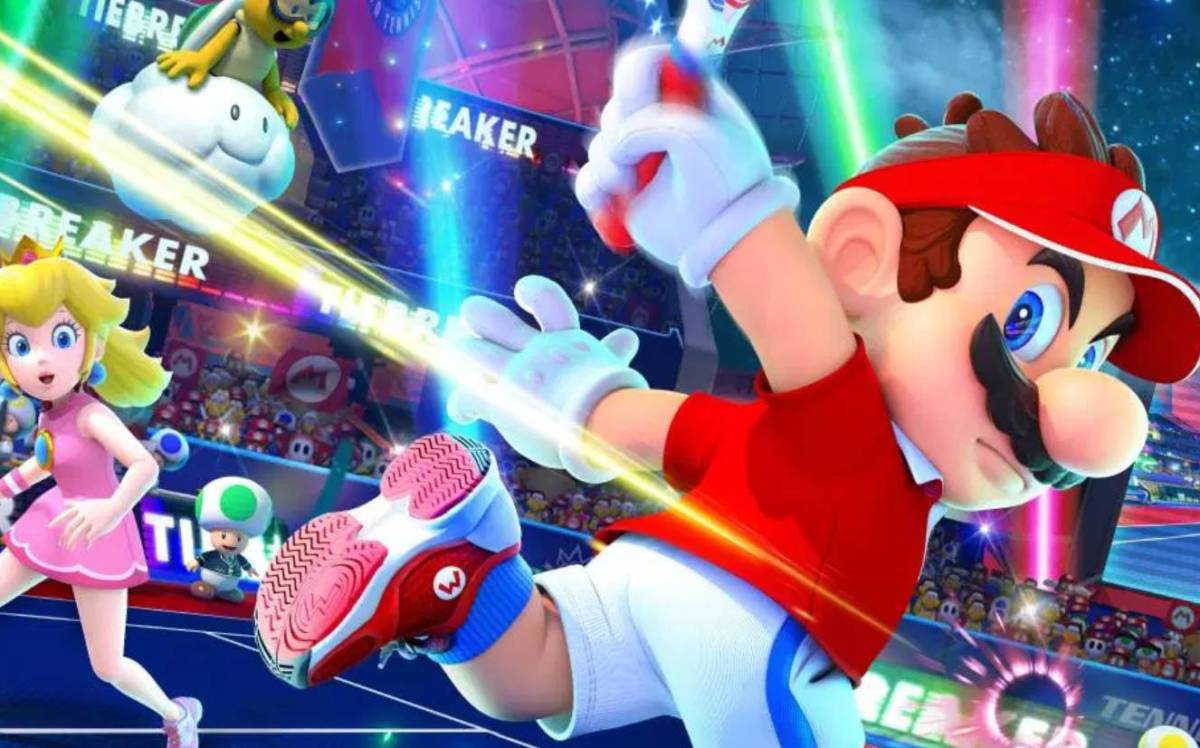 Much like Mario Kart, Mario Tennis has been featured on nearly every console that Nintendo have ever released. Much like its predecessors on previous consoles, it features a host of characters from the Mario universe who pitch themselves against each other in tennis matches while each stadium has been designed to look like one of the locations from previous Mario games.

I have always been a huge fan of Mario Kart, having both made and lost friends whilst playing the game and I have always found it to be a game that you can put down and pick up again and it will never become boring. The only other Mario Tennis game I ever played was on the Wii and although it was enjoyable, I soon found myself being knocked out during tournaments; both with friends and against the computer (I could never grasp the motion controls on the Wii).

As always, Nintendo have designed Mario Tennis Aces to really show off the power and capability of their newest console: the Nintendo Switch. With Mario Kart 8 already a huge seller and Zelda Breath of the Wild easily one of the best open world games of recent years, Mario Tennis has a lot to step up to. 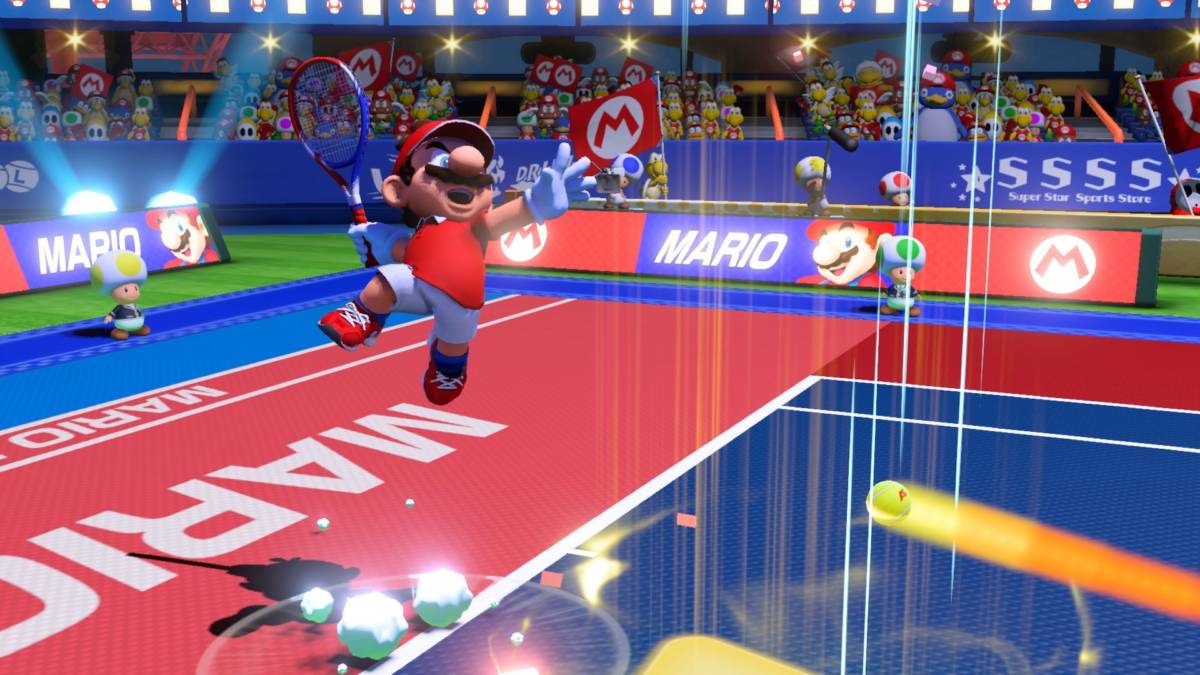 It should be mentioned that Mario Tennis Aces is no ordinary tennis game, so for those of you looking for a true simulation of the sport should not be tempted by this game. The first thing any gamer will notice is the roster of playable characters, which features some of the most loved faces from the Mario games. Each one has been given a certain attribute, for example, Mario and Luigi are the perfect all-rounders while Bowser is one of the heaviest hitting characters in the game and Toad relies on technical moves to see him through. It is by mastering the characters strengths and weaknesses, as well as the brand new gameplay mechanics, that you will become almost unstoppable at this game.

Mario Tennis Aces features four different game modes. Swing mode allows you to use the joycon controller as a tennis racket, utilising the motion controls to hit the ball whilst button combinations decide which type of shot is delivered. It is a nice throwback to the Wii version of this game that worked on a similar principle. Free mode allows you to step on the court as any of the playable characters for a game against an opponent of your choosing, which I think only really serves as a practice mode.

The tournament mode is structured along similar lines to Mario Kart with 3 different cups (Mushroom, Flower and Star) with your opponents becoming more difficult as you progress through the tournament to the final. However, for those of you playing it solo, I managed to complete all three tournaments within the space of a couple of hours, which I found to be hugely disappointing. 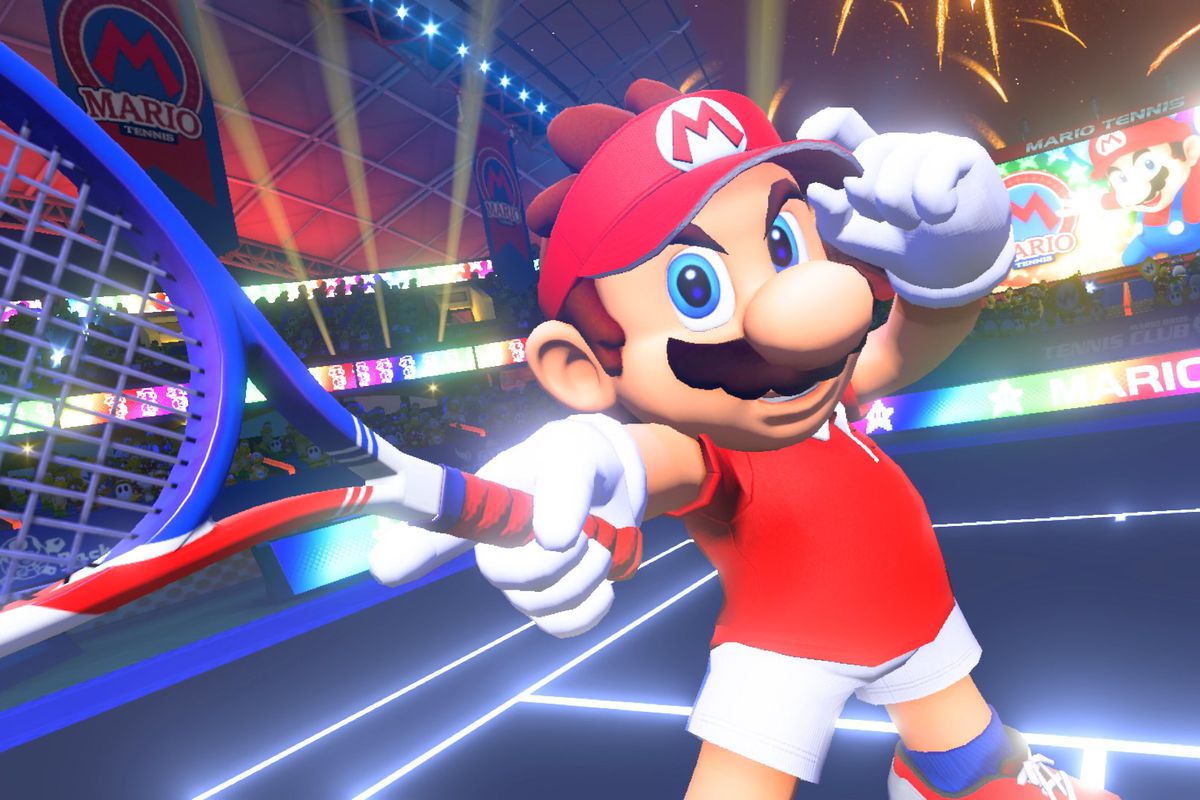 It is during these games of tennis that you realise just how pretty this game looks. The crowd often feels alive with various flags waving through the crowd and individual crowd members jumping from their seats in excitement. The stadiums have also been lovingly designed with a huge amount of attention to detail. For example, the forest stadium features wooden net poles and a net made from vines. In my opinion, this is a layer of detail rarely seen from games and it is a refreshing touch.

However, aside from these details, the tournaments feel as if they have been placed there by Nintendo almost as a filler. When you eventually win the cup, there is no cutscene like there is in Mario Kart and although Toad does provide commentary of the match, it is often scripted and repetitive, with the names of the winner and the loser being the only things swapped around.

One of the biggest and eagerly anticipated features of Mario Tennis Aces is the brand new Adventure mode, something we haven’t seen since Mario Tennis was released on the Game Boy Advance. It is centred on a legendary tennis racket that can possess the player and turn them into the equivalent of a tennis god. You must progress through five different stages and gain the legendary crystals, which are said to be the only way to stop the racket and restore balance to the tennis world. 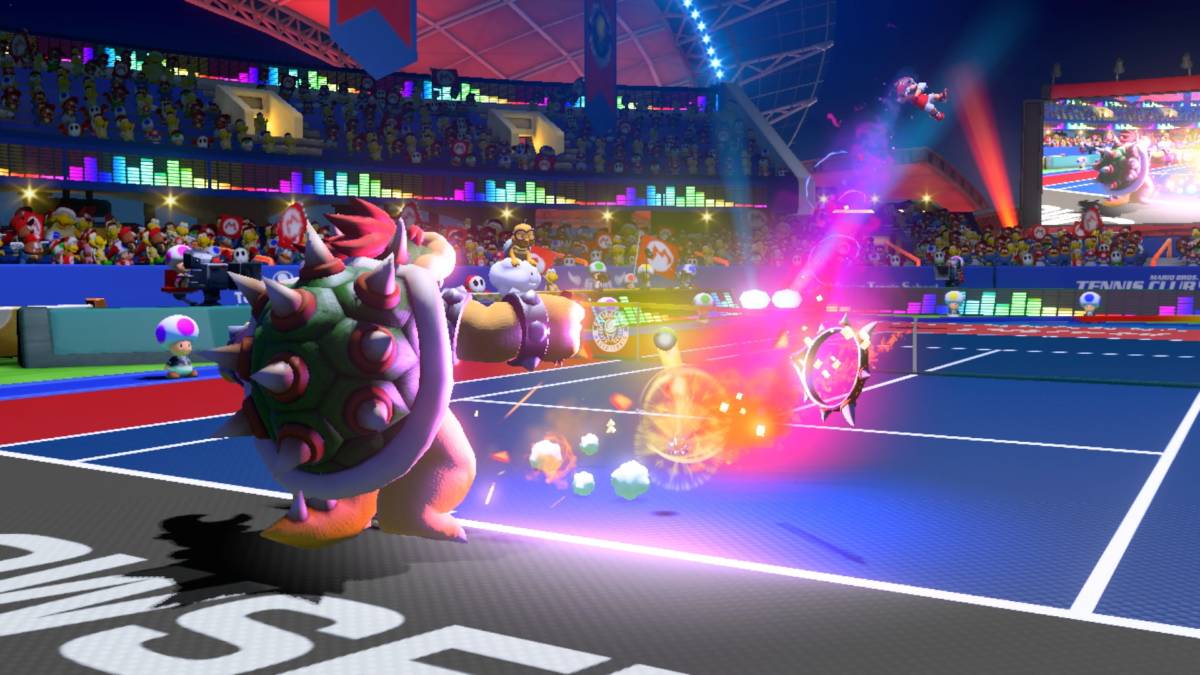 One thing I did like about this is just how diverse each match is. To progress to each stage, you must defeat certain playable characters as well as beat up plants, unlock new tennis rackets and take on side quests to earn EXP and new skills. It is formatted around an old style Mario game where Mario moves between levels using a pathway. Although I found the Adventure mode to be enjoyable, it was painfully short with it being completed in roughly 7 hours, depending on your skill level. Adventure mode is really where you the new mechanics come into play, with a number of tutorials explaining how they work and when to use them.

Each character has a special move which they can execute once their stamina bar has reached maximum capacity. To build up your stamina, all you need to do is pull off a number of shots using various strokes such as backhand shot and a lob shot before being given the option to pull off a pretty cool move that is, more often than not, unblockable. Mario Tennis Aces also introduces Zone shots which allow you to hit the ball to a certain part of the court, forcing the opponent to block the shot. Block too early, however, and your tennis racket takes damage. Once it is broken, you are out of the competition.

Now, I like the new game mechanics as they add a level of tactical gameplay we rarely see from a tennis game, however it does take a long time to master the new mechanics which isn’t helped by the appalling difficulty spike. I often found myself swearing in frustration because of my poor timing or lack of general skill. So if you are easily frustrated then I suggest putting some time into practising how the mechanics work. 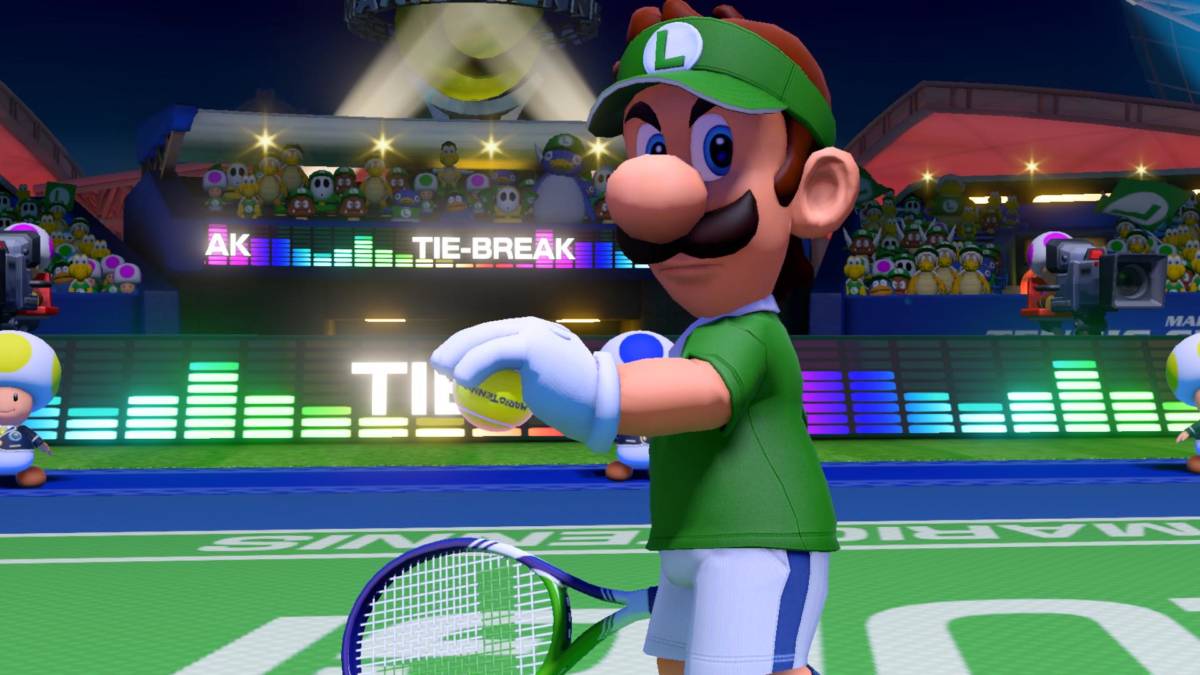 Even though it does boast a slightly better single player experience than other entries in the franchise, Mario Tennis Aces is still a game that should be played with friends. As with Mario Kart, tournaments are structured in such a way that you can play with up eight friends (depending on how many Switches you have on hand), It is a much better experience playing with someone who is on the same skill level as you.

There is also a huge online multiplayer for this game and I felt the game almost encouraged me to play online as certain characters remain locked unless you take part in their online tournaments. It is here that you will find players from around the world competing for the top spot and the bragging rights that come with it (because that’s all you can win). Once you have taken part in these tournaments then you are rewarded with a brand new character.

The Nintendo Switch is supposed to be a portable console and unless you have stellar Wi-Fi or are sitting in your backyard, the fact that your game must be connected to the internet to really gain the full experience is disappointing. If I wanted to do that, then I would just buy a tennis game for my PlayStation 4.

Mario Tennis Aces is a great addition to the catalogue of games that is slowly building for the Nintendo and although it is a huge amount of fun with friends, it does seem to lack in the single player department when you look at other games that are available for the console.

Verdict
A great entry into an already beloved franchise, Mario Tennis Aces introduces a brand new tennis mechanic that although is difficult to master, superb visuals and a brand new adventure mode. However, those gamers looking to play this solo will struggle to find anything worthwhile due to the huge focus of both online and local multiplayer. Microtransactions: none
7