The Messenger (PS4) REVIEW – Feels Like A Long-Lost Gem

Did you get the message? This is a great game. 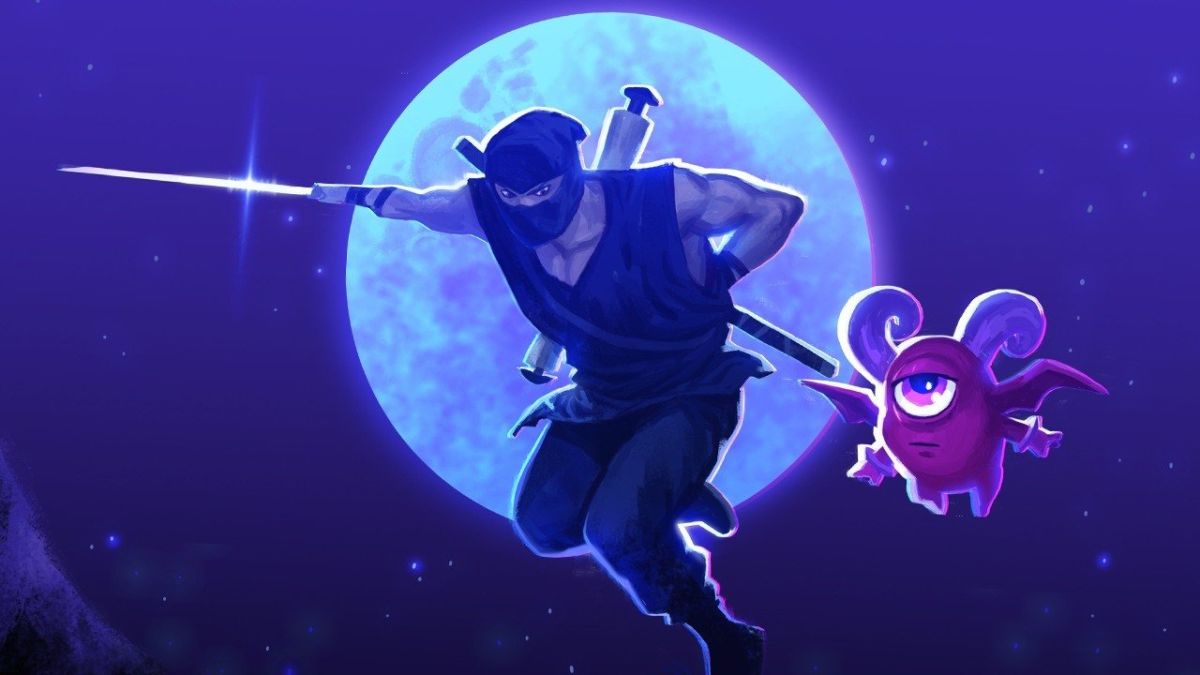 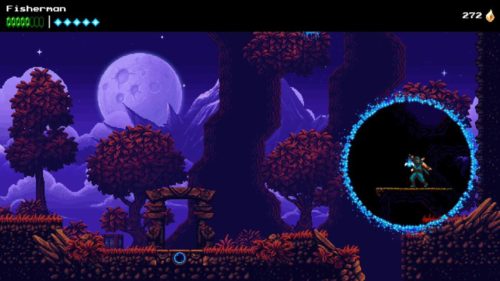 What if the NES Ninja Gaiden games had the advantage of hindsight and didn’t take themselves seriously? That’s what we have here with The Messenger, now releasing for the PS4. It’s an action-packed adventure with a simple story that promises some fun on top of a challenge and it kept me coming back to be punished, mocked, and amused.

I brought up the holy Hayabusa trilogy because the similarities are a bit obvious, and the game even references its inspiration near the beginning. In The Messenger, the focus is less on sub-weapons and mastering a few basic skills. Rather, it’s more about offering varied mechanics and a higher number of core abilities that allow freedom, which encourages a player to proceed at their own pace. There is a wealth of mobility and potential momentum that can be taken advantage of. If slow and steady is preferable though, that’s doable for most parts. The game has a flow to it and each scene can be chained together to extend that flow once the system is fully understood. Think of it as a Ninja Gaiden-esque shell with a much creamier center. 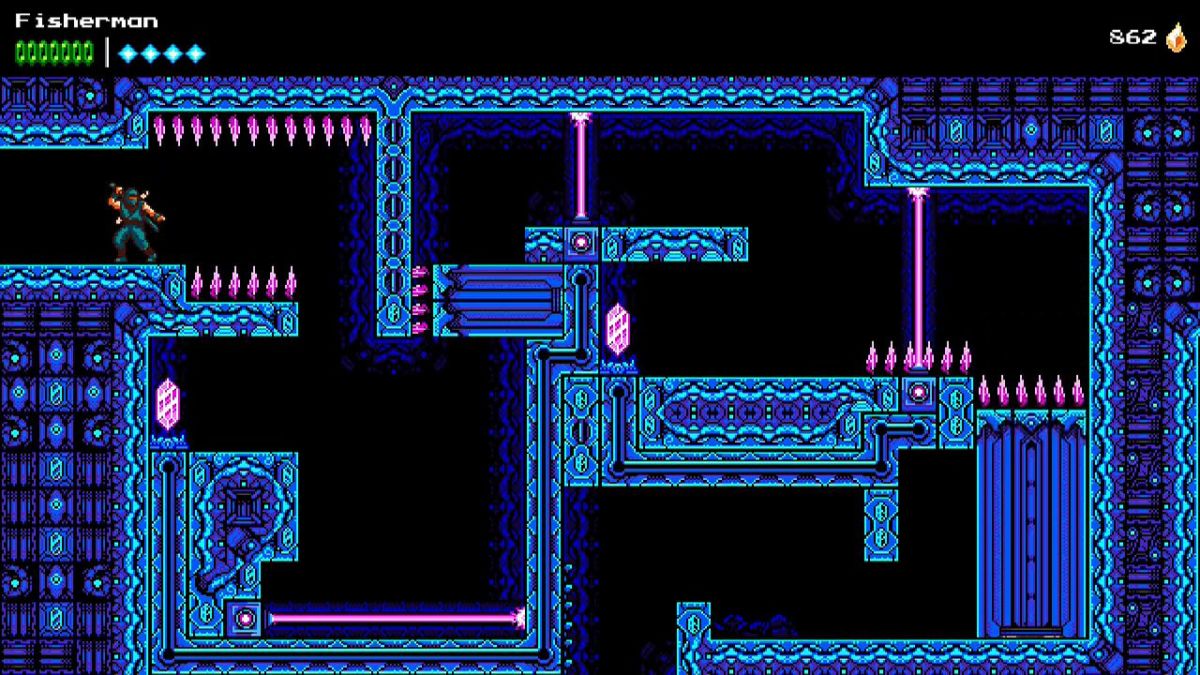 Style and aesthetics are lovely, but genuinely good and fulfilling gameplay is going to make a game slightly addictive. With The Messenger, I admit to being a bit stiff with grasping the movements at first, not quite getting the slash-jump mechanic and feeling like there was the slightest delay in the inputs. The slash-jump didn’t feel dependable—and honestly still lets me down on the rare occasion—with it shooting me too high and respawning enemies for me to have to kill all over again. The Messenger’s double-jump mechanic being attached to the connecting sword swipes seems more unique than a lot of games and works as a way to establish a type of skill ceiling that isn’t too high for most.

Within a few hours, though, all of this fell away and I had fallen in line with the game’s cadence. The upgrade system is simple and clean to the extent that everything feels needed. This, along with the items given to the protagonist, make for a cool set of skills that can feel a bit jarring at first in the heat of battle. Juggling these various abilities will eventually start to become second nature with nothing more satisfying than clearing a room without taking a single hit and using all of the tools offered to showcase some ninja dominance. 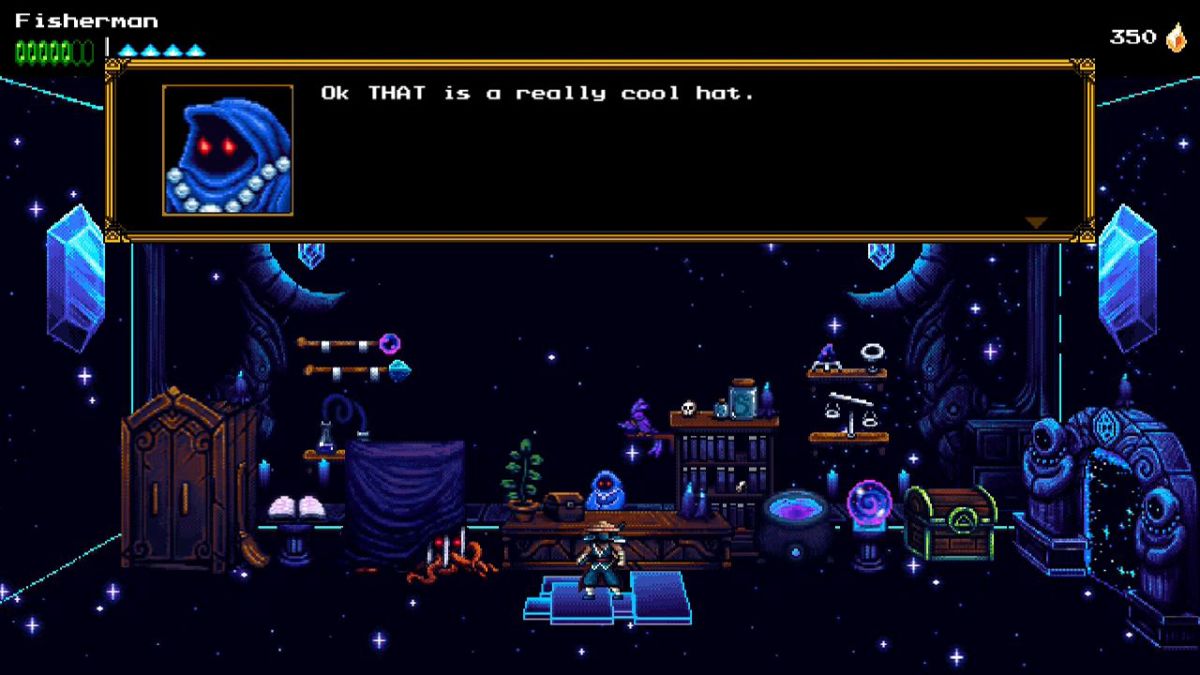 The game is not difficult at first, and some may even find it a bit too easy in the beginning hours, but fear not there are asshole enemies with projectile attacks and spikes right around the corner. It will begin to test even the most skilled soon enough as enemies start to vary, traps become more advanced and deadlier, all while the platforming pushes the stress levels up. In some cases when I was having trouble it took me a couple of deaths to realize that my approach was the issue. Either I wasn’t utilizing one of the abilities properly or was over-thinking the problem. In many cases when I died, my name was the only one that deserved to be cursed and death rarely felt cheap. A few rooms still felt like the developers threw in everything they could and left me saying, “Oh come on.”

Boss fights are excellent fun and in some cases a throwback to childhood challenges with varied patterns and escalating attacks. They are visually engaging and the right amount of challenge. The only time I found them absolutely frustrating was when my strategy wasn’t working, but some small adjustments fixed those issues and usually found me victorious in the next round. None of these fights felt unfair and defeating them was seriously rewarding in some cases. 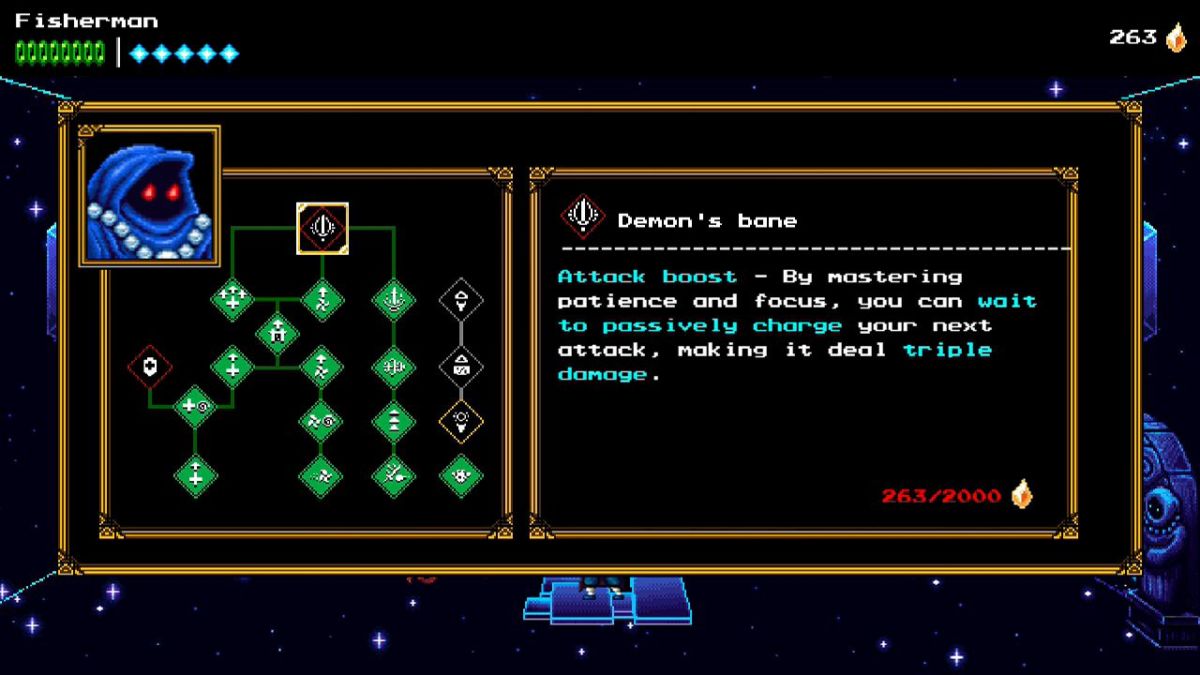 There are various collectibles and I was glad to realize these were completely optional. They do offer a reward for those who want that sort of challenge and getting them will test your might. Most of these items are easy to find but will require more effort and a much larger risk of setback—appropriately.

Most are aware of the switch that comes halfway through the game. The mid-game change might be considered a slight spoiler by some as it does tie into the story. This shift is a major thing in the look and aesthetic department, but more importantly this progression from 8-bit to 16-bit changes how the game is played. I loved the linear nature from the first half with one driving goal. Now players have a large new mechanic of having to hop between these two realities to accomplish certain goals, which begins a large portion of backtracking and objectives that feel like fetch quests. This would be even worse if the level design wasn’t so well done. 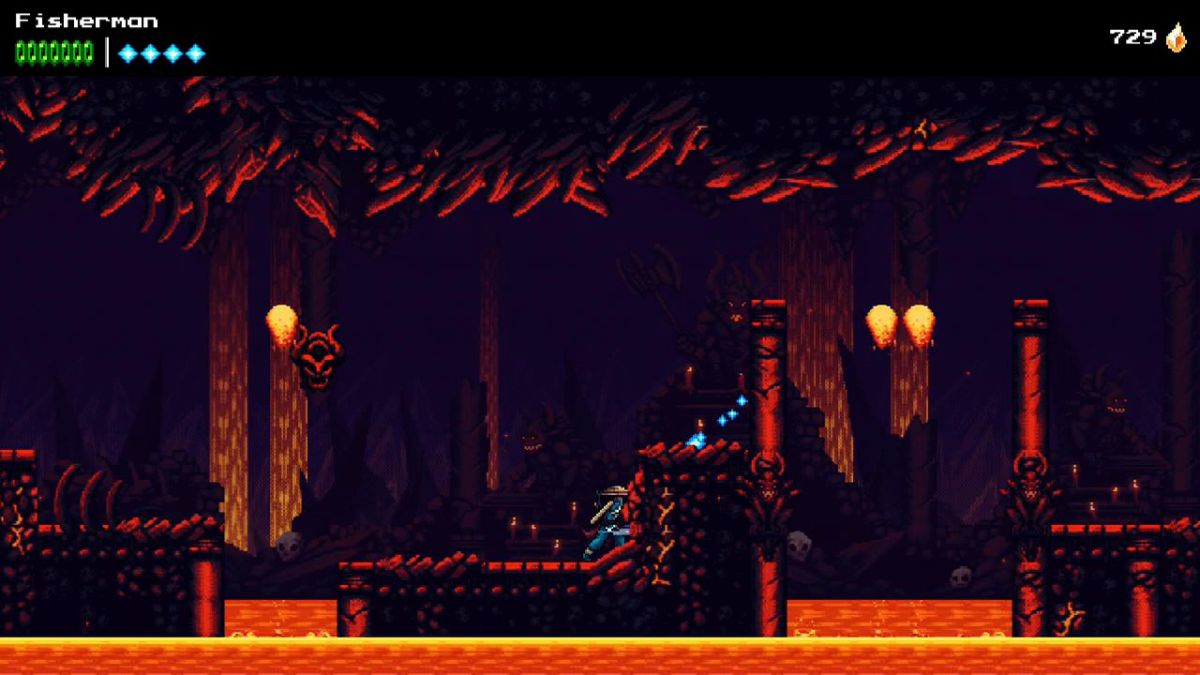 This second half of the adventure is arguably a different game of its own and doesn’t feel quite as good for a few reasons, chief among them being that the first portion felt like it scratched all of my needed itches and did everything it should have wonderfully. The latter half also feels a bit sloppier in its construction, containing less tight structure. This change just might be the most divisive part of the experience, where some will choose to put the game down for a while or not finish it at all, and that is a shame. Those with the desire will persevere and see this gaiden (side story) through to the end.

There are some fun things to keep players going. The first is the visual aesthetic that pleases the eyes and offer up proper color use. Some of the high contrast in areas works in its favor and sprite work kept me awed by 8-bit beauties. I specifically love the shopkeeper’s room, where the art style reminded me of the ZX (not Zed) Spectrum, mixed with a splash of wireframe-like shapes that had me thinking back to classics like the 1986 isometric Batman game on the aforementioned computer. Some of the areas may start to look the same, but there are certainly little treats of excellence spaced out properly that might even convert a few who aren’t fans of this particular visual wheelhouse. 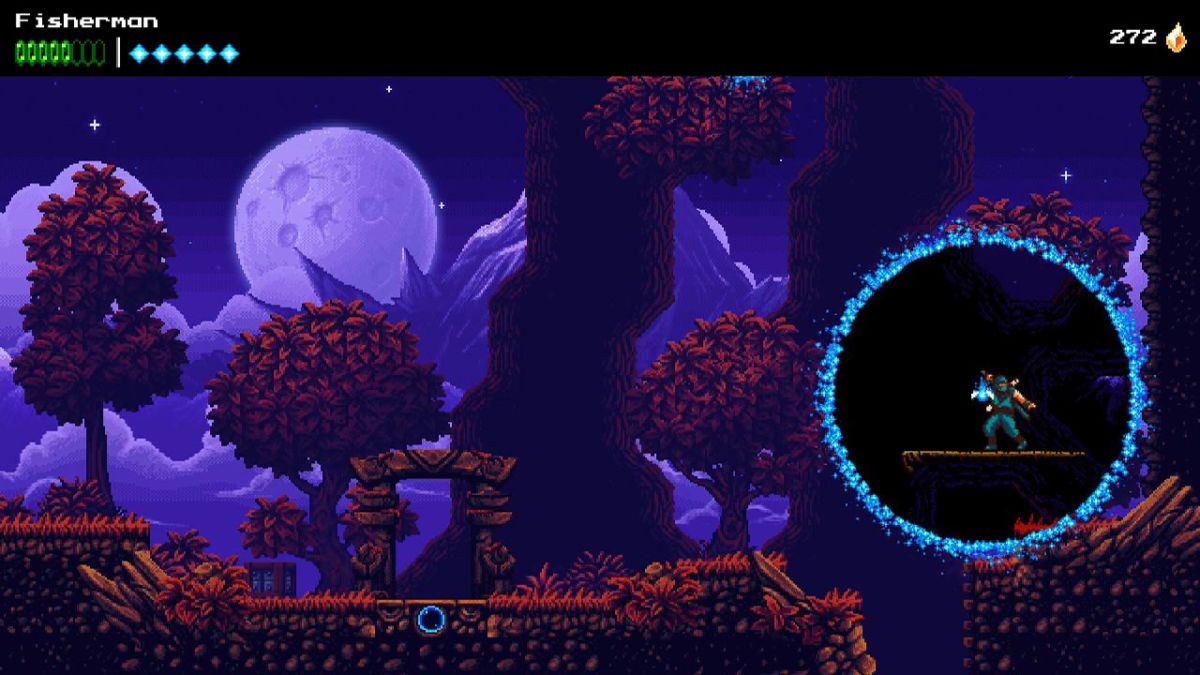 Then there is one of the tightest soundtracks I’ve heard in a long time. This is just as pleasing as the visuals and never wore on me, even during a string of deaths. These chiptunes could easily become an earworm for many and they know when to amp things up. I mentioned a flow to the gameplay earlier and I think some of these tracks personify that need for action. The slight changes in the 16-bit serenades don’t go unnoticed either. Sound effects are handled expertly here too, making the whole auditory experience a master-class for those who take it all in.

The last thing is the fun and humorous dialog that takes advantage of story points, fourth-wall breaking, and player mistakes. Not only does the writing poke fun at tropes and let its simple ideas breathe a bit, but it grants so much character and fun for those willing to explore with it. Talking to the shopkeeper is always great but most will shout at the devil for his constant stealing of currency and cycling jokes that happen with each death. Quarble makes for some good quotes and insults, with his death counter possibly being the biggest slap to the face.

The Messenger is an enjoyable experience that I had trouble putting down a couple of times, but most of that wanderlust came from the first half of the game and a few key points in the second half. I rode a dragon! For a package like this, though, it is hard not to recommend it fervently, even if I have a few problems with how it stretched out or worry it may not be for some. I want everyone to try it because this is a good, complete game for only twenty dollars that can offer even more than the asking price. Embrace that destiny, be the badass ninja.

Verdict
The Messenger is a retro-styled old school challenge that starts off easy but will soon test any player’s hidden ninja skills. This is a multi-genre homage to some real classics that manages to feel like a long lost gem.
8.5