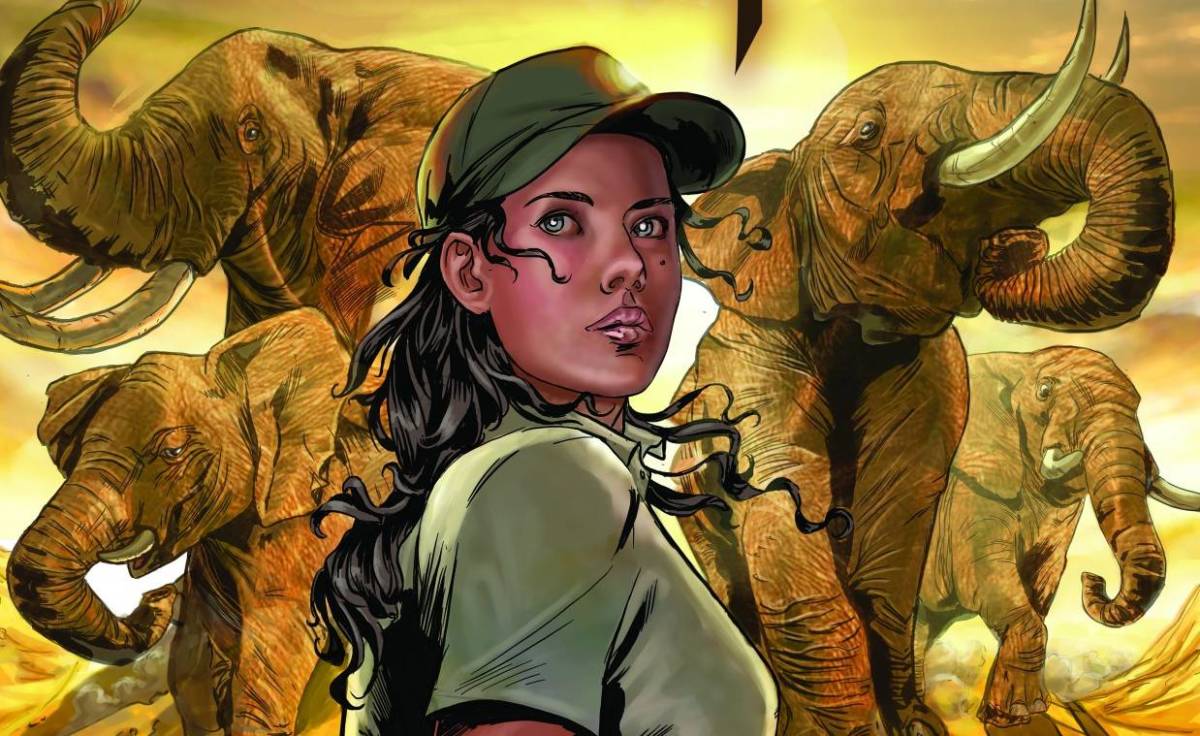 Ivory Ghosts is “a thriller brimming with majestic wildlife, village politics, and international intrigue…[featuring] a chilling quadruple homicide [that] raises the stakes in the battle to save Africa’s elephants”, based on a popular novel by Caitlin O’Connell that features her well-known protagonist Catherine Sohon. Sohon is a biologist who uncovers mysteries and fights against dangerous poachers as she explores treacherous parts of South Africa. O’Connell’s novels have been well-received, and the luscious imagery and exciting narrative of her books should transfer well to a comics format. Ivory Ghosts looks set to be a good jumping-on point for people new to O’Connell’s writing, but also faithful enough to her works to keep current fans happy too.

“The scientist that Caitlin O’Connell is shines through her first work of fiction, a thriller set against the illegal ivory poaching trade in Africa. With descriptions and dialect so real you feel as if you might be turning pages while sitting deep in the bush, and a skillful narrative that teaches while it thrills, this novel is a win for any animal lover or reader with a conservationist’s heart,” said #1 New York Times bestselling author Jodi Picoult, speaking about the original Ivory Ghosts novel.

Kymera have announced the following creative team for the comic:

Debbie Lynn Smith, writer and co-founder of Kymera Press, also explained what Kymera Press as a publisher has set out to do with all of their titles: “Our mission is to give women creators and artists of comic books an outlet where they can create women-friendly comics. Our secondary mission is to encourage more women to read and enjoy comics.”