KonoSuba: Season 3 – Release Date, Story & What You Should Know 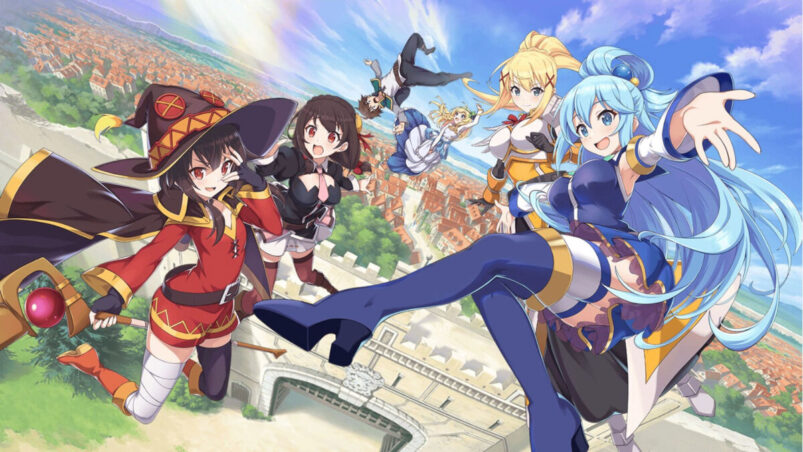 KonoSuba: God’s Blessing on This Wonderful World!, commonly known as just KonoSuba, is one of the biggest isekai anime to ever come out. That’s saying a lot, especially after the immense flood of isekai anime that popped up in recent years.

At this point, KonoSuba’s practically a must-watch if you’re interested in isekai anime. It’s slated to have a third season, so now’s a good time to start watching. If you want to know when KonoSuba: Season 3’s release date is, then read on.

When Is KonoSuba: Season 3 Being Released?

KonoSuba’s producers have already announced the coming of Season 3 on a YouTube livestream in May. That livestream also announced a KonoSuba spin-off anime based on Megumin and Yunyun’s time together when they were still learning magic.

Unfortunately, apart from those announcements, there is no specific date for either of their releases yet. However, a trailer for the spin-off anime dropped in August, and it stated at the end that it comes out in 2023. The third season will likely also come out in 2023.

What Is KonoSuba: Season 3 About? (Spoiler Alert)

The third season will continue the comedic adventures of Kazuma Sato, Aqua the goddess, Megumin the arch wizard, and Darkness the knight. Season 2 ended with Kazuma’s party eliminating another general of the Devil King. Now they’re one step closer to beating the Devil King, even if most of it’s by accident. Also, beating some of the Devil King’s generals gave them a huge reputation.

If the anime continues to follow the light novels, Season 3 will focus on Kazuma’s group catching the royal family’s attention. The king and the princess play big roles in the next arc as a conspiracy to impersonate them unfolds.

After that, Darkness agrees to finally marry Lord Alderp from the second season to save her family from debt. This might cause the group to start falling apart.

These arcs are from the next two volumes of the light novels which is what the third season is predicted to adapt.

Which Studio Is Making KonoSuba: Season 3?

Kadokawa produced the past two seasons of KonoSuba, and Studio Deen is the studio that animated them. As for the film, J.C. Staff were the ones to animate that.

All of those are well-established names in the anime industry, but for the third season, animation has switched over to Studio Drive. Studio Drive is a relatively young animation studio, entering the scene in 2015. The only other anime of note that they’ve done is the second season of To Your Eternity. Fingers crossed on whether they can pull off animating KonoSuba well.

Where Will Konosuba Season 3 Be Aired?

The first two seasons of KonoSuba are currently available on Crunchyroll and Netflix, depending on your region. Konosuba: Season 3 will likely also be streaming on these platforms. As of now, though, there are no confirmed sources on where exactly it’ll be available.

If you tried these services and Konosuba isn’t available in your region, try using a VPN and watching it from an IP address in a different region.

READ NEXT: Young Justice: Season 5 – Release Date, Story & What You Should Know