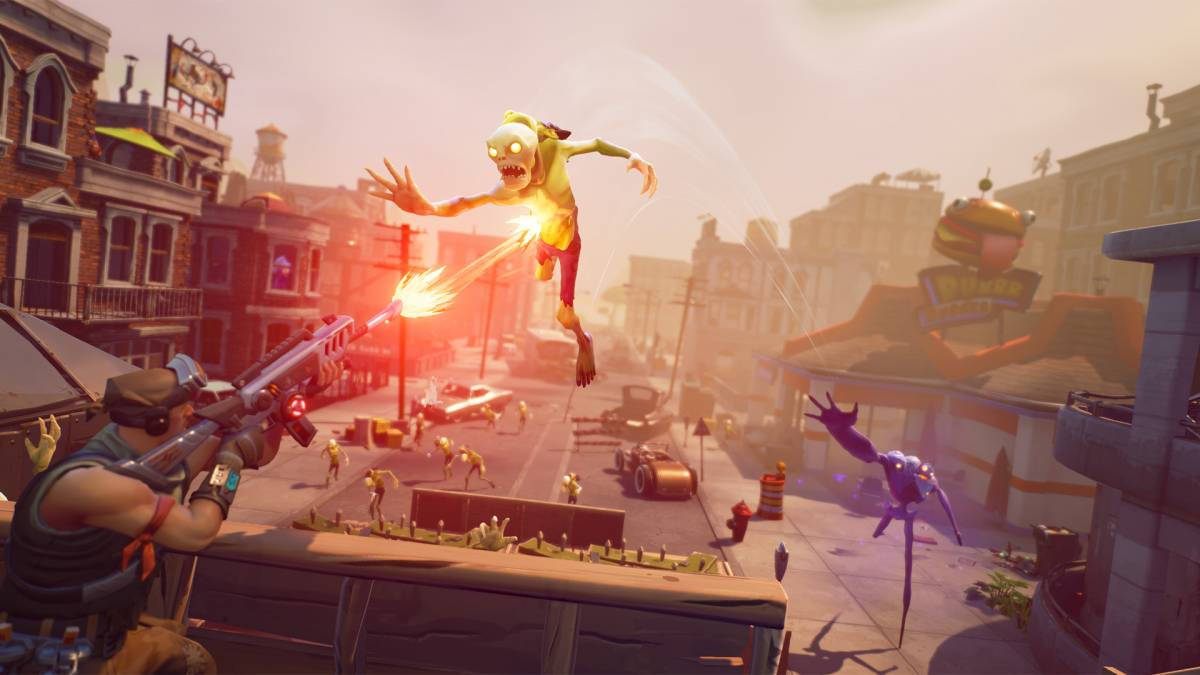 Before it was the favoured procrastination tool of children, athletes, and celebrities across the globe, Fortnite was actually in quite the rough patch. Released as a PVP-centric game retroactively renamed Save the World once the Battle Royale boom began, it didn’t garner a lot of attention when it launched into Early Access for PS4, Xbox One, and PC.

Having finally taken the plunge with Save the World at 50% off, it’s easy to see why. Epic’s shooter spin on Minecraft has something of an identity crisis, never sure what kind of game it wants to be or what it should be doing to keep players happy, instead throwing everything and the kitchen sink at the player in the hopes of retaining an audience. It’s easy to see how Fortnite struggled before it borrowed another game’s identity. Save the World is a muddled mess of unlocks and skill trees with about as much explanation as David Lynch’s Inland Empire. 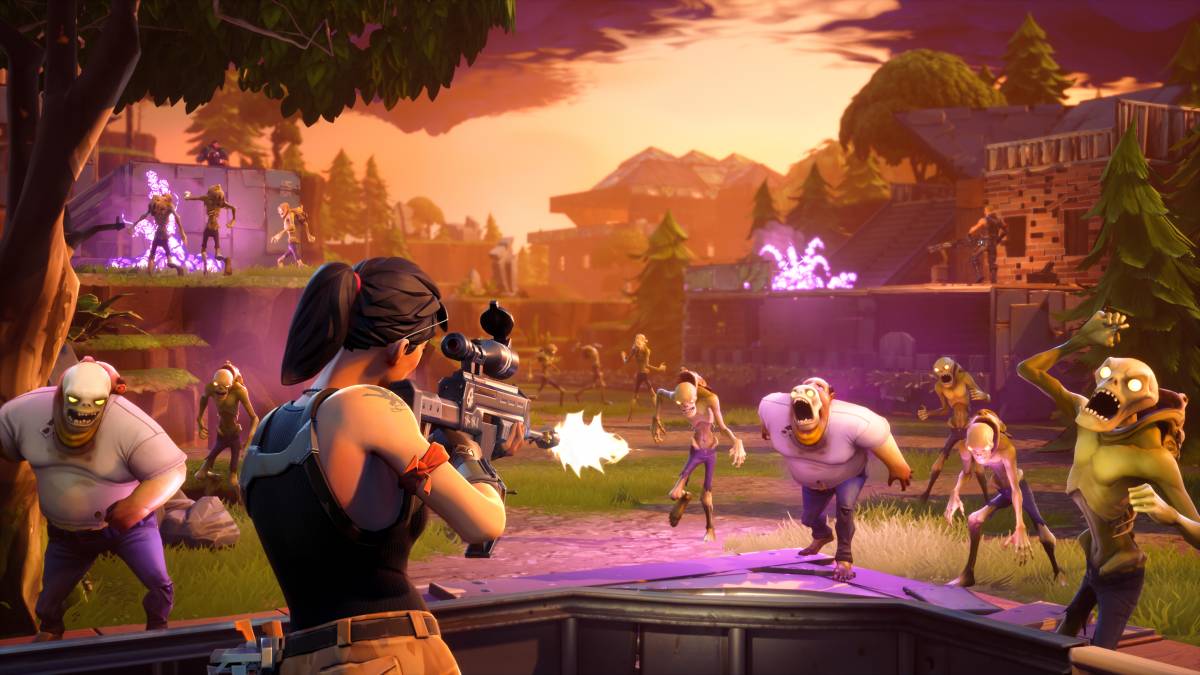 Things started off simply enough; too much time spent with Battle Royale meant that I was acquainted with the basics, even if things felt a tad “floatier” than what I was used to. I killed the zombies, built some traps, collected some things. The kind of simple attractions that could have made Save the World the perfect distraction from heavier fare.

But then, like a tsunami instigated by a cranky Poseidon, the unlocks and skill trees all came washing over me and left me bewildered. Fifteen minutes into Save the World and I already felt like I’d just woken up from an afternoon nap on a warm summer’s day: sweaty, confused, and a little bit emotional. 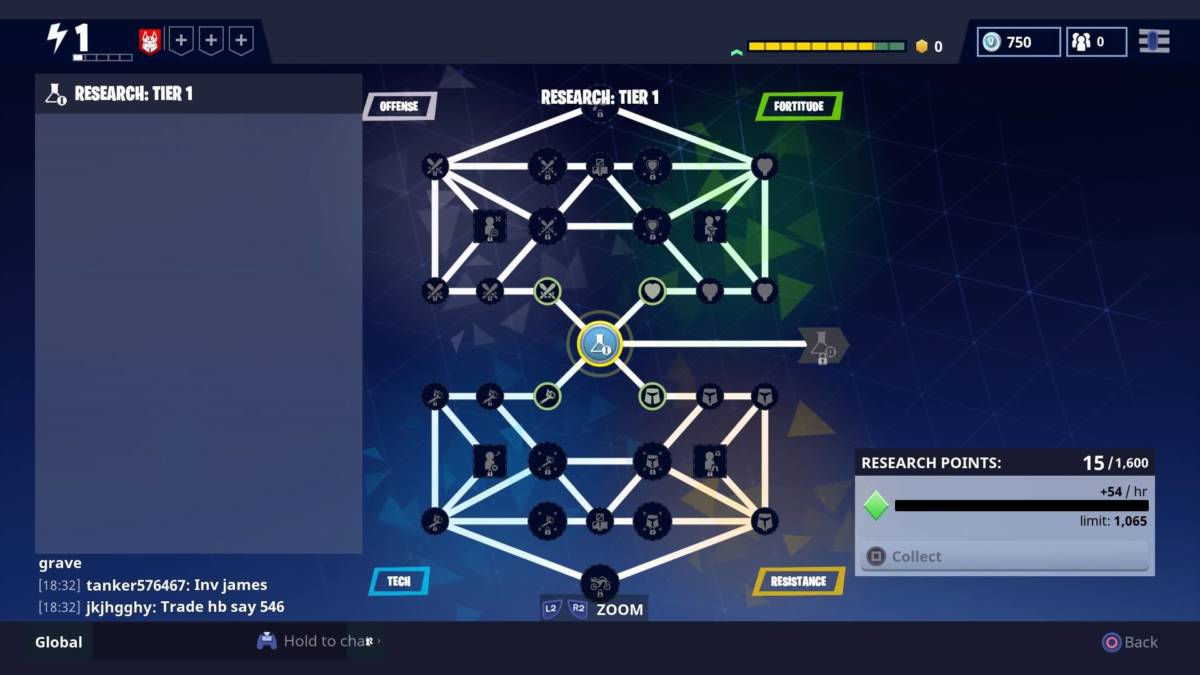 It’s difficult to know even where to begin with Save the World and its unwieldy approach to unlocks as it’s so densely packed with things to work towards. For the patient and stat-crunching players out there, Save the World is likely a dreamland of numbers and slightly better colours. For me, and many others, it’s simply too much; an unfocused blend of different ideas borrowed from other games.

Upon completing the introductory mission as Ramirez, you are then taken to the hub of Save the World and all the things that come with it. Some of it is (mercifully) gated off until you get to a higher level, but the game still does a terrible job of explaining all of its moving parts. I shouldn’t need Penn Jillette to turn up at my door with a bunch of encyclopaedias to try and help me understand what’s going on.

Save the World is a blancmange of hero classes, Support Squads, Tactical Squads, Schematics, F.O.R.T. stats, Survivors, Skill Trees, Research Trees, Command Points, and so much more that I can’t even begin to detail. It wastes no time in doling these out all at once with a little robot briefly explaining things and then promptly buggering off. I was lost in no time at all.

Save the World is simply overstuffed with too many different ideas and ways to try to keep the player invested. I played it for a few hours and found it to be the complete opposite — if anything, I just wanted to play any other horde-based shooter that didn’t need gimmicks and bizarre hooks to offset inherently repetitive gameplay. The grind with Save the World was apparent far too early on.

Above all else, what rankled me the most during my time with Save the World was the temerity of it to offer microtransactions, despite it being in Early Access (and also somehow on PS4, despite Sony never once putting a program in place). For all the praise Battle Royale receives for its pseudo-subscription service, Save the World’s approach to long-term monetisation is simply galling.

It’s lucky that it wasn’t anywhere near the heights of popularity of the likes of Battlefront II and Shadow of War last year as it too would have been swept up in the maelstrom. The player can use their V-bucks, earnt irregularly through play or with real money, to put towards llamas, themselves tiered into different rarities and desirability. The more you invest in llamas, the more you get out of them.

The player can also earn Loot Chests through performance during missions with better chests unlocked by playing better. Still, it’s a randomised approach to levelling up that is far too common in gaming these days. I don’t want to put the hard work in and have my reward be determined by a calculator.

The overall look and feel of Save the World is that of a free-to-play game with cynical systems in place to keep players coming back. There’s always some small goal to work towards, whether that’s logging in for rewards or waiting for Research Points to unlock. Playing Save the World feels more like a job than something to be enjoyed. 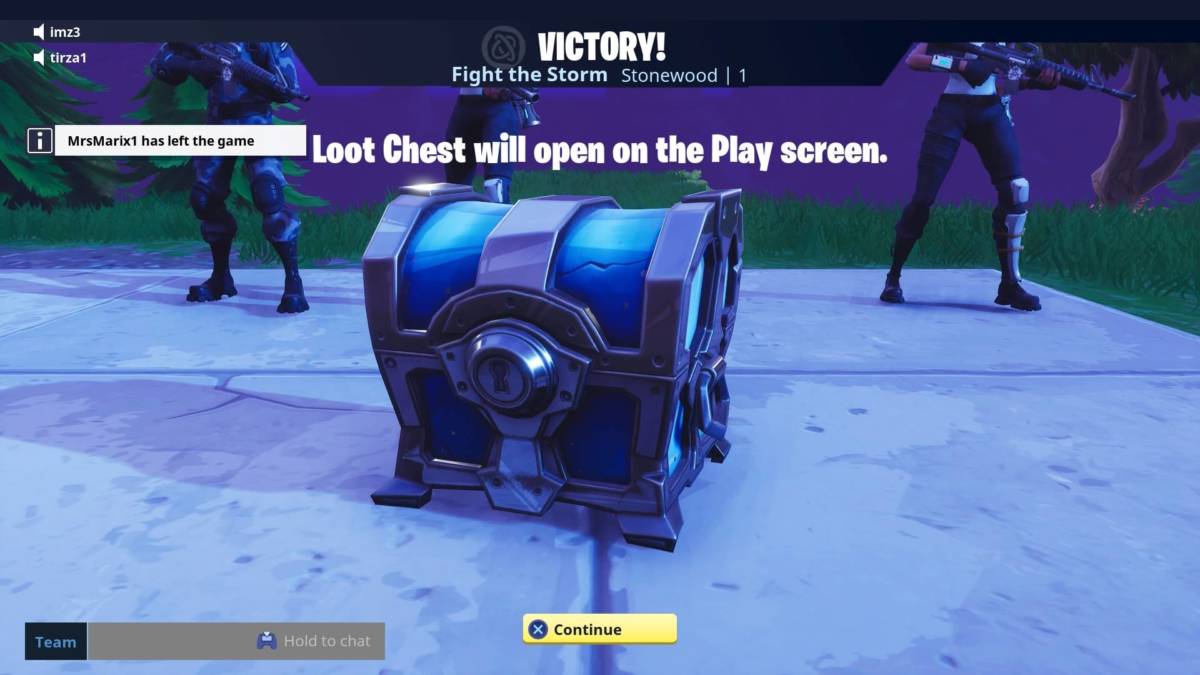 A Frankenstein’s Monster of a video game, it was immediately obvious to me why Fortnite initially struggled. Instead of focusing on having one or two exceptional hooks, Save the World goes for it all in the hope that something sticks. With it going free-to-play at some point in the future, it should be the perfect opportunity for Epic to dive in and create a leaner experience. For now, free skins or not, there’s only one version of Fortnite that’s worth your time.

Want more Fortnite? We’re happy to oblige. Come this way for a pretty comprehensive overview of this week’s Battle Pass challenges or check out some beginner’s tips on the game if you’re brand new to it.