House Of The Dragon: Season 1 REVIEW – A Worthy Successor

HBO more than makes up for Game of Thrones’ lacklustre ending with Fire and Blood. 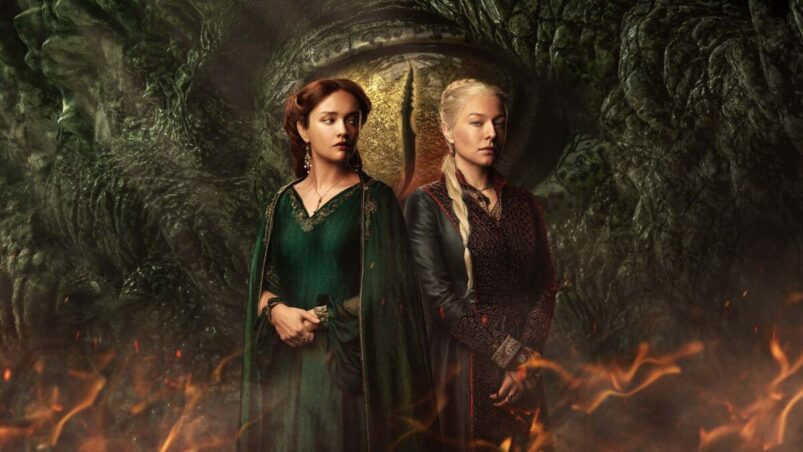 It’s easy to forget, three years on from its almost universally panned finale, just how huge HBO’s epic fantasy series Game Of Thrones was. It’s frankly amazing just how far it disappeared off the cultural radar in the years since, considering how it dominated the TV landscape for the majority of the 2010s.

Praised by audiences and critics alike, there was, with the possible exception of Breaking Bad, perhaps no other show that so seemed to encapsulate how TV was changing and increasingly being placed on par with cinema. It was inevitable then that in spite of an ending that seemed to please almost nobody – including those involved in the production itself – we would be getting some kind of spin-off before long. In fact, there have, on and off, been as many as five separate projects on the go in the years since the original show ended.

But it’s House Of The Dragon which was from the start the obvious choice to be picked up by HBO. Telling the story of the Dance of Dragons, an infamous civil war namedropped throughout Game Of Thrones’ run, it’s based on one of the more fleshed-out parts of writer George RR Martin’s world and offers much that will be familiar to fans of the original show. Not only does it centre around House Targaryen – the ancestors of Emilia Clarke’s Daenerys – but its central premise of a bloody civil war between members of the same dynasty promised a return to the kind of political machinations and morally grey characters that made Game Of Thrones work so well in its heyday.

Right from the opening of the first episode, the show instantly throws us right back into the world we know – from the soaring shots of the city of Kings Landing, to the masterful soundtrack by Ramin Djawadi, who reuses not only the same motifs for House Targaryen but also, in subsequent episodes, even the same iconic theme tune for all the opening titles. From there, the show dives right back into the familiar webs of intrigue, betrayals, and lust.

Set almost 200 years prior to the events of Game of Thrones, during the height of House Targaryen’s power, House of the Dragon follows the character of Rhaenyra Targaryen, played first by Milly Alcock, and later, by Emma D’Arcy. The eldest child of Paddy Considine’s King Viserys, Princess Rhaenyra is the rightful heir to the throne but, because she is a woman, soon faces numerous challenges to her birthright.

This makes for a compelling starting point for the conflict that sets up the rest of the show and quickly makes Rhaenyra sympathetic to viewers. With its themes of sexism and patriarchal control, it’s one that’s easy for viewers to understand and which feels relevant to the real world, as well as clearly being influenced by much from actual medieval history. Just as Martin’s A Song Of Ice And Fire was inspired by the real-life Wars of the Roses, this bears more than a passing resemblance to The Anarchy, a real war during the middle ages sparked off by the supplanting of a female heir.

From grisly portrayals of complications in childbirth to incessant debates over the lines of succession, House Of The Dragon by and large succeeds in pulling off the same trick Game Of Thrones did, being consistently grounded in realism to the point where it feels as if it could almost have been based on real events. If not for the dragons, that is.

The narrative takes numerous twists and turns as it progresses, starting out with the main antagonist initially appearing to be Rhaenyra’s roguish uncle Daemon, played brilliantly by Matt Smith. But as it progresses, instead we see rifts gradually develop between Rhaenyra and her former companion Alicent, who is able to finally give Viserys the son he craves. The show proceeds to take numerous jumps forwards in time as we watch their various children grow into adults all at each other’s throats, before culminating in Alicent’s son Aegon emerging as the one to seize the Throne.

These jumps in time are perhaps the most obvious narrative difference between House Of The Dragon and its predecessor, they being a result of the source material, Martin’s Fire & Blood, being written as a retelling of the history of Westeros, spanning centuries. Many comparisons have been made between House Of The Dragon and Amazon’s Lord Of The Rings adaptation, but a far more apt comparison with Tolkien’s works would be The Silmarillion, an epic tome taking place over thousands of years that encompasses hundreds of different storylines and characters.

With most episodes opening at least several years after what we’d last seen, as well as two separate recasts for the majority of its characters, several of these time jumps do end up feeling quite jarring, especially when coming off of significant cliffhangers. It is quite possible that the changing dynamics that come with each gulf in time and each recasting of a character may leave many viewers scrambling to keep up and work out who is who, but for the most part, the writers succeed in pretty neatly filling in the blanks as they go.

There are various points, especially in the middle portion of the show, where it does feel as if the viewer is continually being told stuff they already know as we wait for the inevitable conflict that’s coming to kick off. I lost track, during the last few episodes, of the number of points in which I expected that the constantly deteriorating Viserys was finally about to keel over and die, thus starting off the coming war of succession. However, it never feels plodding, with the writers finding plenty to keep viewers engaged with in the here and now.

Whereas Game Of Thrones rapidly deteriorated the further it veered off from George R.R. Martin’s books, this show rarely feels like it suffers from the fact that it ultimately derives most of its material from two brief chapters in Fire & Blood. The writers demonstrate throughout a solid understanding of what makes this world tick.

Episode eight, which sees a hearing taking place over the rights of Rhaenyra’s bastard sons, is one such example of something that’s made up for the show, but which works brilliantly. The scene in which Viserys makes his one last agonising return to the Throne for the sake of his daughter’s rights, before Daemon jumps to his defence and takes the top half of the head of an offending Lord, stating “he can keep his tongue”, feels like it could be straight out of Martin’s books.

If there’s one element on which House of the Dragon falls down, it’s that its yet to produce any character who feels quite as likeable or as layered as were the likes of Tyrion, Jaime or a host of others who appeared throughout Game Of Thrones – though if there’s anyone who comes close it’s Daemon.

Smith manages throughout to inject such a level of charisma and unpredictability into a character who, in other hands could have come off simply as a brutish cartoon character. Instead, he steals the show in practically every scene he’s in, only becoming more likable for the way he ironically throws out lines like “I am positively bereft,” shortly after murdering his own wife.

The entire cast is impeccable, with particular praise having to go to the actresses playing both Rhaenyra and Queen Alicent respectively. Both characters are recast halfway through the season, and both Emma D’Arcy and Olivia Cooke are utterly convincing as older versions of the characters we’d already been following for five episodes. Blink, and you might miss it.

And already there’s been talks of Emmy nominations for Paddy Considine as Viserys, who not only portrays a man getting gradually frailer as time goes on, but who feels truly earnest as the kind of figure that pops up throughout Martin’s work – a man who is good and honourable at heart, yet for this very reason, is utterly unsuited to being king. The pain, guilt, and indecision captured by him as his family tears itself apart is one of the most memorable aspects of the show and is absolutely an improvement on the character as he appears in the books, where he mainly serves only to set up the Dance of Dragons.

All in all, this feels like the best possible attempt at recapturing what worked so well about the earlier seasons of Game of Thrones. It doesn’t yet match the depth which that show had, and while it was absolutely the right call for it to take its time in progressing the story it’s telling, the finale does end on a note that feels as if it’s wrapped up just as things have really started. Nevertheless, it is an epic return to form, and one which will leave fans eagerly anticipating all still to come.

READ MORE: 10 Shows Like House Of The Dragon You Should Watch 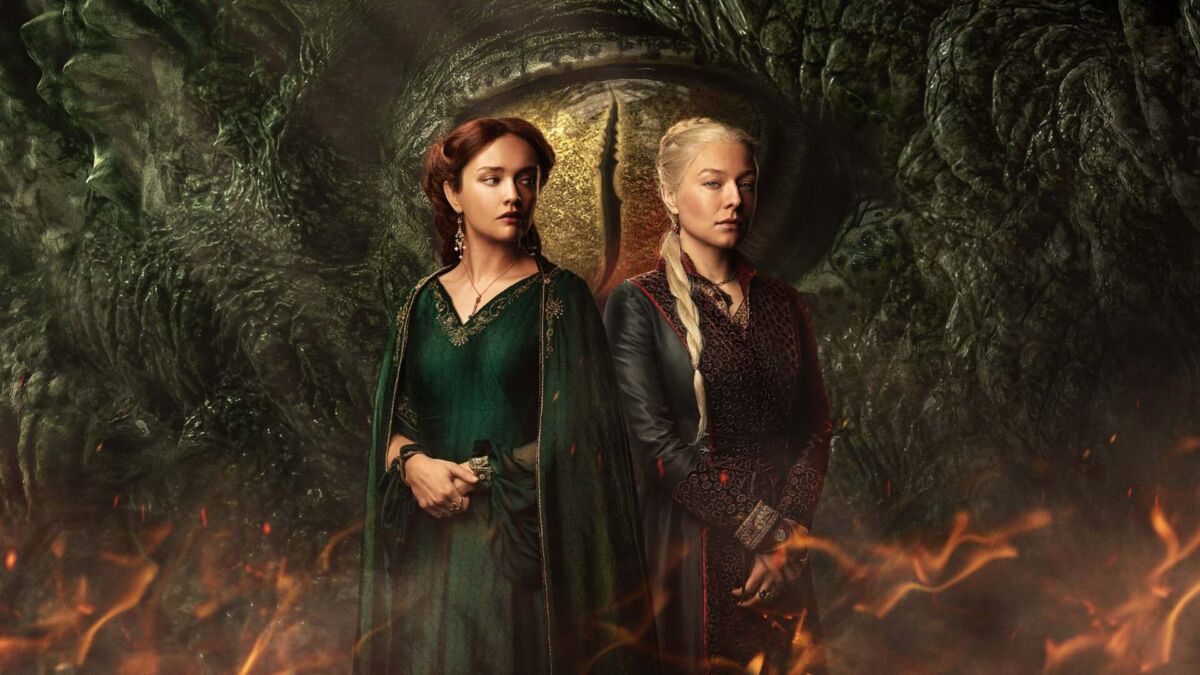 Verdict
House Of The Dragon makes for a pitch-perfect return to the world of Westeros that is epic in scope, but doesn’t quite capture all the depth and complexity of the original series. However, the show provides a solid foundation on which to develop further, with a cast and production that never fail to impress.
8
Cultured Vultures is a pop culture website established in 2013 covering all things gaming, movies, and more. We eat your words.
All The News On The Biggest Games