Home
Opinion
House Of The Dragon: Why We’re Going Back To Westeros
TV
·6 min read

House Of The Dragon: Why We’re Going Back To Westeros

Is House Of The Dragon trying to improve on the original, or looking to replace it entirely? 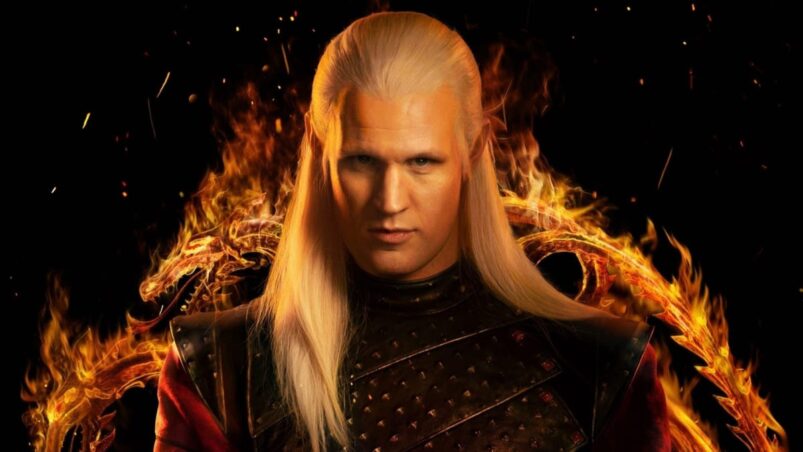 House Of The Dragon

‘Sequelitis’ is a long-established term for the second instalment of a franchise simply not being good as the first, for reasons we can all sympathise with. It has to live up to the original, and where the creators probably had that percolating for years, now they’ve got to bang out another, on a deadline.

The Godfather Part II and Terminator 2: Judgement Day are usually heralded as quite literal examples of exceptions which prove that particular rule (Aliens was really more of a genre shift). ‘Sequel’ is almost a synonym for ‘not quite as good’, hence people imagining it as something like a communicable disease. You go out into the cold, you’re liable to get a sniffle.

But the prequel was tarred with even worse a reputation from the start. One of the first times general audiences were exposed to the term was with the Star Wars prequel trilogy, at the time viewed as an irreparable crack in the franchise’s facade (how times change, eh?), and beyond that it was simply the sequelitis effect all over again, but now with the additional indignity of already having some idea of how it would end.

More recently, we had Breaking Bad prequel Better Call Saul, which will have done a lot to wipe out the stigma of being a prequel, being one of those rare supplementary works that might even be better than the highly-regarded original. I saw, and gleefully appropriated, the apt description of it as television’s own The Godfather Part II (a film which like Better Call Saul did have both prequel and sequel elements to it).

House Of The Dragon bears the double-edged sword of prequelising Game Of Thrones, which ended so notoriously badly. It may have an easier job outshining the original, but that’s because it comes from severely tainted ground. (It’s also coming out parallel to Amazon’s own try at doing a big-budget fantasy show, but so far that seems to have been less of a problem.)

But for this reason, it’s a much rarer beast than your typical prequel. Usually a work which irredeemably craps the bed doesn’t get a second volume. Not as burdened with the need to live up to the original, House Of The Dragon has an opportunity both sequels and prequels rarely have: the chance to learn from the original’s mistakes.

The fact it uses the same theme music is a bit of a giveaway. Typically, this isn’t something prequels or sequels do, so it’s hard not to see that as more like an attempt to replace the tainted original. Speculative, maybe, but the idea of a replacement was at one time a popular panacea for the disappointment Game Of Thrones ultimately turned out to be.

But unlike its predecessor, House Of The Dragon doesn’t take us jumping about the map between main characters who are unlikely to meet in person for years. Although this was never really a flaw in Game Of Thrones, it was an example of that show’s ultimate Achilles’ heel: years’ worth of buildup for not much payoff.

The sex scenes – so much a feature of Game Of Thrones, and indeed most HBO shows – are, because of House Of The Dragon’s greater focus on political marriage and dynastic succession, this time around immediately and directly important to the plot. Certainly Thrones’ various sex scenes were plot-relevant, but this was for a reason which had nothing to do with the sex: it was, quite explicitly, used as window-dressing to keep people’s attention through particularly hefty bits of exposition.

(They did, literally, call it ‘sexposition’.)

Perhaps most notably, House Of The Dragon is actively trying to redo a number of things Game Of Thrones’ slightly cheaper first season couldn’t quite do properly – it’s already presented a jousting tournament and a royal hunt in grander scale than Thrones ever did (creator George R.R. Martin condemned Thrones’ iteration of the latter as “four guys walking in the woods”). And it’s also had the dragons front and centre from the start, whereas Thrones was, again, happy to leave them as a jam-tomorrow treat which never quite came fully to fruition.

There’s a lesson here in what ultimately became of Thrones. That first season had to leave a couple of pitched battles awkwardly offscreen, in a fairly naked veiling of the fact they didn’t have the budget to show them. But this didn’t stop the show becoming an absolute phenomenon, which as early as the second season certainly did have the mizoolah to stage proper battles.

But the fact remains, that first run proved it didn’t need them. As nice as the spectacle was, the show had become a success on the strength of characterisation and plotting. These were the facets which ended up being replaced completely by big-budget event television, each episode clearly built around one particular water-cooler moment, which with no support structure eventually fell dramatically in on itself.

House Of The Dragon, now, seems to be asking the valid question “why can’t we have both?” – the question quite a few of us were inwardly bellowing at the screen as Thrones kicked off its final season with a string of unfunny dick jokes from the writers’ favourite character Tyrion, who when they ran low on source material had gone from being a conflicted, justifiably bitter figure to The Right Man Who Was Right About Everything.

And Tyrion may well be the key here, since if you’re looking for a smoking gun, there is one. Fire And Blood, the cod-history on which House Of The Dragon is based, takes as one of its primary sources the court fool Mushroom – another smartmouthed dwarf with a penchant for dick jokes. Thus far in House Of The Dragon, Mushroom’s been nowhere to be seen. It’s like a recovering alcoholic not wanting a bottle anywhere in the house, for fear of falling back into old habits.

Of course, the real question is how House Of The Dragon’s going to end. The received wisdom is that Game Of Thrones only fell off the rails with the last season, and even the harshest critics must admit at least half of it was very good. Given that it ended up flushed down the memory hole, it is worth a reminder of what a phenomenon Thrones was in its day. For a significant part of the 2010s, there was no better way to seem culturally aware than to pass reference to that TV show with boobs and dragons. It seemed that absolutely everyone loved it, until they didn’t.

House Of The Dragon, at least, is being based upon source material that’s actually complete. Even the most casual Thrones fans noticed when that show moved beyond the books and started to swim out over the abyss with no lifebelt. And George R.R. Martin couldn’t really complain, since he had tentatively suggested that the still-yet-to-be-released sixth book, The Winds Of Winter, would hit the shelves as early as 2016.

So there is the strong possibility that unlike Thrones, House Of The Dragon will have an ending that doesn’t seem like it was scrawled on a beermat at closing time, and that even people who read the books and know what’s going to happen will want to tune in for. This is probably a good thing. It’s already tempted back plenty of the old fans – if they had another Thrones-tier disappointment, they might actually take to the streets.

READ NEXT: Even If You Don’t Watch Game Of Thrones, You Know All About It