10 Games Like Hollow Knight You Should Play Before Silksong

Silksong is coming. One day. Maybe. 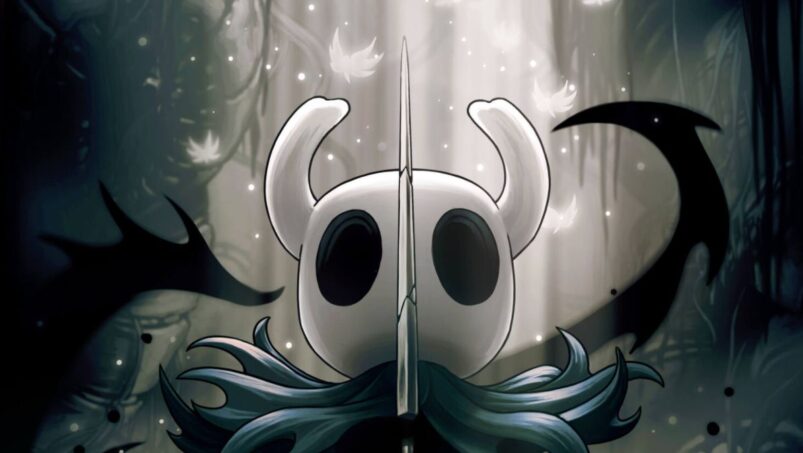 Hollow Knight’s rich and detailed world, interesting characters, sublime platforming, and magnificent boss fights can be hard to say goodbye to, especially once you’ve completed everything there is to do in the game.

Fortunately, as you reminisce about your times with your favorite knight (and impatiently await the release of Silksong), there are an abundance of great Metroidvanias and platformers to get stuck into with Hollow Knight vibes.

From sci-fi classics with galactic bounty hunters to fantastical adventures with forest spirits, here are ten games like Hollow Knight you should check out.

The Shovel Knight series is known for its superb platforming sequences, which will no doubt appeal to you if you’re a fan of Hollow Knight’s style of gameplay.

Shovel Knight: Treasure Trove is the complete edition of this classic 2D side-scrolling platformer. It comes with all past campaigns of the franchise, giving you yet another reason to play this gaming great if you haven’t done so already.

You play primarily as the titular Shovel Knight, but there are a bunch of other memorable characters to unlock during your quest. While your main objective is to complete each level and defeat their respective boss, your secondary goal is to explore and dig through the landscapes to gather as much treasure as you can.

As you’ve probably already guessed, your main weapon is a shovel which you can use to attack, dig up treasure, and bounce on enemies’ heads – a bit like the pogo jump ability in Hollow Knight.

You’re put in the shoes of a scientist called Trace who finds himself in a strange, high-tech world after sustaining a crippling injury. Its Metroid, Bionic Commando, Contra, and Blaster Master influences are pretty glaring, but that’s not necessarily a bad thing – it feels like a proper old-school Metroidvania, even down to its 16-bit art style.

There’s a wealth of power-ups and items to unlock, as well as a good variety of weapons to wield. However, instead of swinging nails around, you’ll be firing guns that emit fluorescent energy projectiles to annihilate your foes in style.

Hades is a brilliant roguelike dungeon-crawler with pretty much everything you want in a game: outstanding art design, voice acting, combat, music, and storytelling – not unlike Hollow Knight.

You control the son of Hades, Zagreus, as he tries to flee from the Underworld to get to Mount Olympus. It features smooth hack and slash combat that can be executed with a primary weapon attack, dash ability, special attack, and magic ability.

Areas are randomized and filled with different enemies and rewards, which helps keep each run fresh. Treasure collected throughout your journey can also be used to unlock new abilities, weapons, and attributes to increase the odds of success in your subsequent playthroughs (which there will be a lot of).

Celeste won a couple awards at the Game Awards in 2018, including Best Independent Game, and it’s not hard to see why it gained so much recognition.

With charming retro-style visuals, satisfyingly hard platforming, and excellent storytelling, Celeste is hands-down one of the best gaming experiences in the past decade.

Set on a fictional mountain in British Columbia, you play as a young woman called Madeline who must reach the top of the summit in order to vanquish her inner demons.

While there are no Metroidvania elements in the game, Celeste and Hollow Knight aren’t completely unalike. They both feature difficult platforming, lovely visuals, and an absolutely unbeatable score.

Although Dead Cells is more roguelike than Metroidvania, this self-styled “roguevania” still shares a few similarities with Hollow Knight. Aside from being one of the best indie titles in recent years, Dead Cells offers punchy hack and slash combat, brutal bosses, and gorgeous pixel-based visuals.

You play as an amorphous creature controlled by a decapitated corpse as they try to escape from a series of procedurally-generated dungeons. As you’d expect with a roguelike, Dead Cells features a permadeath system – upon dying, you lose all your cells, items, and any other currencies you were holding.

There’s a wide variety of weapons, items, and upgrades to utilize, some of which are permanent, making subsequent runs a lot easier. A recent update to the game also brought new outfits, weapons, and skills from other popular Metroidvania games, including Hollow Knight.

Despite being initially released in 2004, Cave Story still looks and feels great, especially the enhanced version, which comes with improved graphics and extra content.

The game is widely regarded as one of the most influential Metroidvanias of the last 20 years, which is even more impressive considering its one-person development team.

The game tells the story of an amnesiac robot called Quote as he attempts to escape a cave and regain his memory.

Similar to Hollow Knight, Cave Story excels at its fast-paced gameplay, which involves collecting experience crystals to power up weapons and access new areas, speaking to the locals of the world to gain insight, and solving platforming puzzles.

4. Bloodstained: Ritual of the Night

Boasting fluid hack and slash combat and charming visual design inspired by Spanish architecture, Bloodstained: Ritual of the Night is one of the best Metroidvanias out there. This is unsurprising as the game’s development was led by Koji Igarashi (IGA), former producer of the Castlevania series.

The game takes place in England during the Industrial Revolution and follows Miriam, an orphan whose body is slowly crystallizing from an alchemist’s curse. After waking up from a 10-year long slumber, Miriam discovers that England has been taken over by demons that threaten humanity.

Miriam must defeat the demons to save mankind, which she can do via melee, ranged, and attacks. The setting primarily revolves around a dark castle, with the overall aesthetic of the game being pretty similar to Hollow Knight.

As you eliminate bosses, learn new powers, find keys, and generally progress through the story, you’ll be able to backtrack to previously inaccessible sections.

When you’re in the mood for a game with a Hollow Knight feel, you can’t go wrong with a good ol’ Metroid game, particularly the one entry in the series that was previously presumed to be vaporware.

Fortunately for all Metroid enthusiasts (and fans of great games in general), Metroid Dread finally launched in 2021 – and it was well worth the wait.

Taking place after the events of Metroid Fusion, you play as Samus Aran, a galactic bounty hunter tasked with exploring the mysterious planet ZDR. Although Metroid Dread retains the side-scrolling gameplay of previous installments in the 2D Metroid series, it also brings in some new ideas, including stealth, free aim, and melee attacks.

As you’d anticipate from a Metroid game, there’s action, exploration, cool abilities, and tough baddies to beat. Don’t worry if you’ve never played any of the games in the series or can’t remember the plot – Dread features a prologue scene to bring you up to speed with the story.

2. Ori and the Blind Forest

Another game well-known for its striking art design, haunting soundtrack, and polished gameplay is Ori and the Blind Forest. In fact, you’d probably be hard-pressed to find any Metroidvania fan who doesn’t agree it’s one of the best in the genre, especially in recent years.

You play as the titular Ori, a forest spirit, alongside an orb-like creature called Sein. After the forest of Nibel is struck by a cataclysmic event that leaves it in ruin, it’s up to Ori to restore balance to the environment.

Like Hollow Knight, there’s lots of exploration and backtracking involved, as well as challenging platforming sections and foes to take down. Abilities are unlocked via a skill tree, which you can then use to access new areas and defeat more powerful enemies.

If you enjoy Ori and the Blind Forest, you should check out its sequel, Ori and the Will of the Wisps, which is equally as good.

If you’re itching for more fast-paced melee combat and frustratingly difficult bosses to slay, you’ll feel right at home in Salt and Sanctuary. Set on an uncharted island, you play as a sailor who becomes shipwrecked after being attacked by marauders.

Like Hollow Knight, Salt and Sanctuary is heavily inspired by the Souls series, so much so that the player character carries refillable flasks and must collect souls-like currency known as salt for upgrades and to level up.

There are more than 600 weapons to craft and upgrade, as well as armor, spells, and items to search for as you venture through gothic-horror landscapes, from sinister dungeons to majestic cities forgotten in time.

Salt and Sanctuary boasts stunning 2D hand-drawn visuals, too, which makes backtracking and exploration even more of a joy.

READ NEXT: 10 Games Like Hunt: Showdown You Should Play