Ori And The Will Of The Wisps (Xbox One) REVIEW 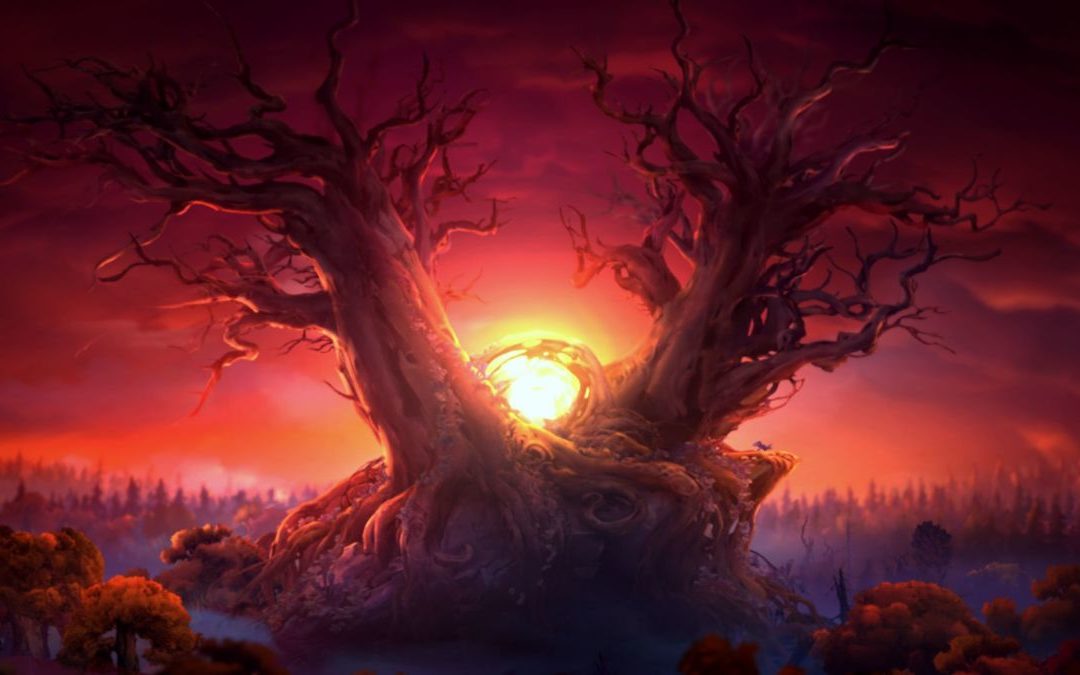 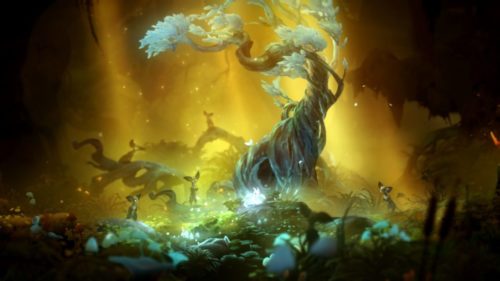 Moon Studios’ debut game launched way back in 2015 for the Xbox One, with Ori and the Blind Forest instantly becoming a hit. The gorgeous platformer told a tender story while simultaneously posing a significant challenge for players. Fans were understandably excited to see a sequel in development and after a five-year wait, Ori and the Will and the Wisps is finally available. Those who enjoyed the first game are almost certain to enjoy the second installment just as much as it keeps all the elements that made its predecessor such an enjoyable experience.

In terms of core gameplay, Will of the Wisps is not all that different from the original Ori. It still takes a Metroid-like approach, asking you to explore the large in-game world and backtrack to find the necessary skills and items to make forward progress. Fortunately, there are a number of advancements and changes made to certain areas that have a big effect on making the sequel a definite improvement. 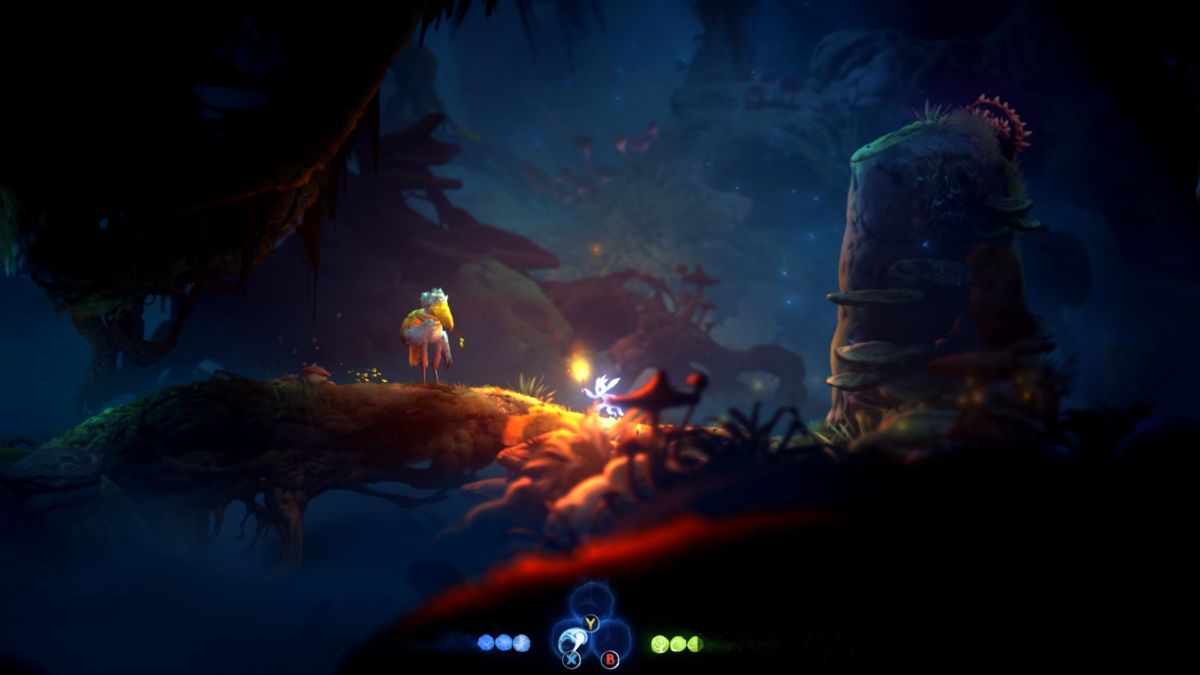 The most notable change made in Will of the Wisps comes with the combat. In the original title, combat was something that you’d skip if at all possible rather than fighting every single enemy because it just wasn’t that much fun. For the most part, you were limited to just one main attack with special abilities such as bash only introduced towards the end of the game.

The developer has switched things up significantly in the sequel. There’s a far greater variety to your offensive capabilities, giving you more options for each enemy encounter. There are new abilities to use in addition to a selection of weapons, including a Spirit Edge blade and the ranged Spirit Arc, so even players experienced in Blind Forest will have to learn some new skills. 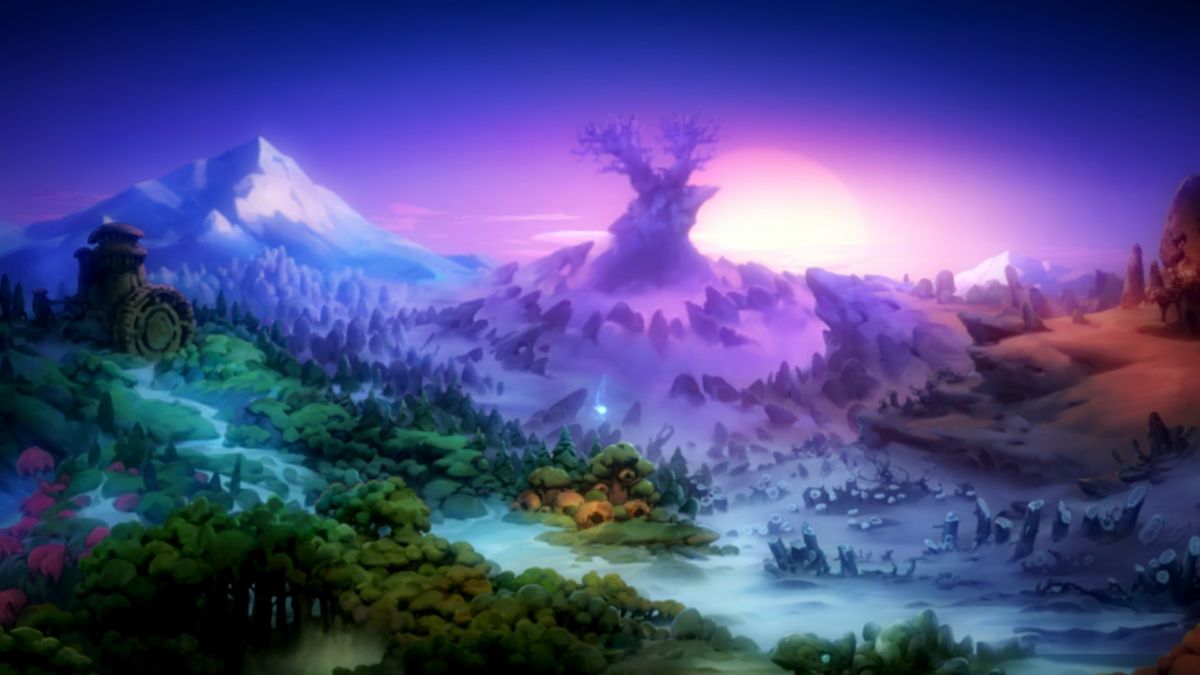 While taking on all comers can still become somewhat tedious, the added tools help mitigate that feeling. It also helps that the enemies themselves have unique attacks and abilities of their own. This means you have to develop strategies that work best with each opponent rather than just relying on the ground pound or Spirit Flame to take down enemies. Overall, it ensures that combat in Will of the Wisps is far more involved and rewarding than it ever was in its predecessor.

This new approach to combat also extends to a sophisticated skill system. Ori and the Blind Forest was quite rigid in the way it forced players to unlock new abilities in two distinctive ways. The big skills needed to advance the plot had to be found in special locations, and this remains the same in the sequel. However, the developers have completely reworked the skill tree, which previously forced you to acquire abilities through three distinct areas. 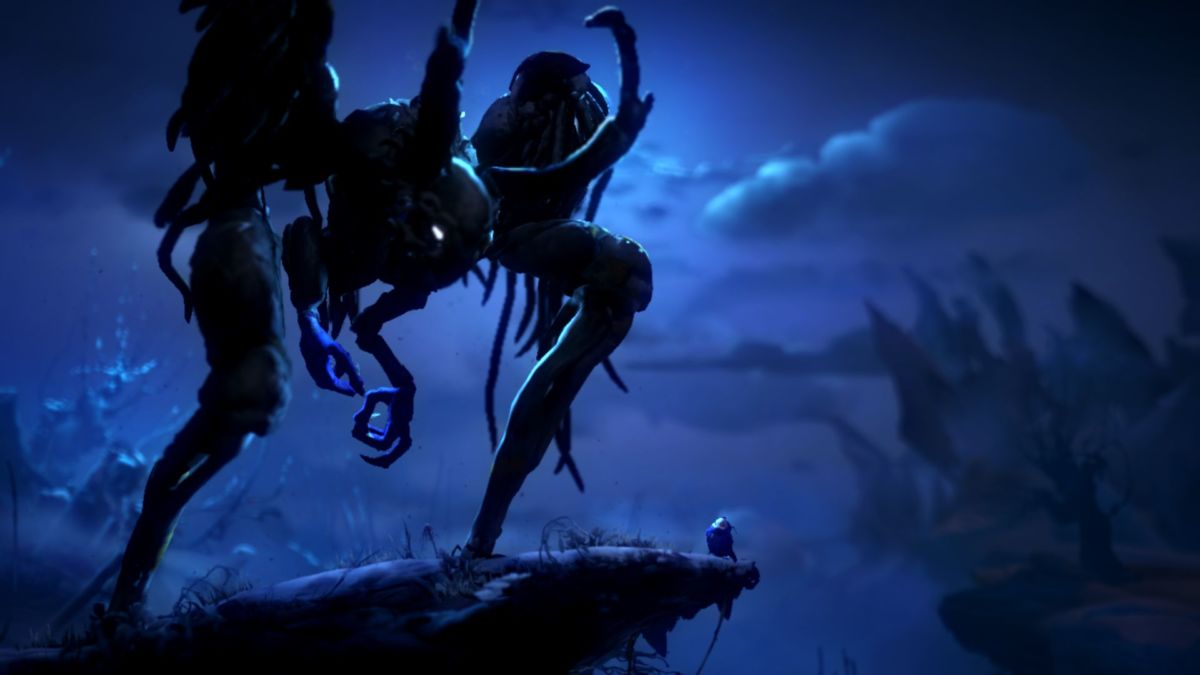 The main problem with this approach was that it meant players had to go through the upgrades in a set order, with no flexibility in how they got them. If you wanted to increase the damage of your Spirit Flame, it might have meant also buying several useless upgrades just to unlock the option. All of that has been cut in favor of a shard system. Essentially, you use spirit energy to purchase shards or find them hidden in the world, and can then equip them however you please. If you have played Hollow Knight and are familiar with its Charm feature, the Spirit Shards in this game work much the same way.

What this provides players with is a choice in being able to improve Ori to your own desire, without being forced to waste energy on upgrades you don’t want. The Spirit Shards come in different flavors, some aid in platforming by providing you with abilities like a third jump in mid-air, while others will boost your attack power. At first, you can only equip three at once, although you get more options as you advance through the story. Will of the Wisps even gives you the chance to swap out the shards at any time, allowing you to customize your character and shift your approach on the fly. It’s a vast improvement and really lets you develop a unique playstyle that works for you. 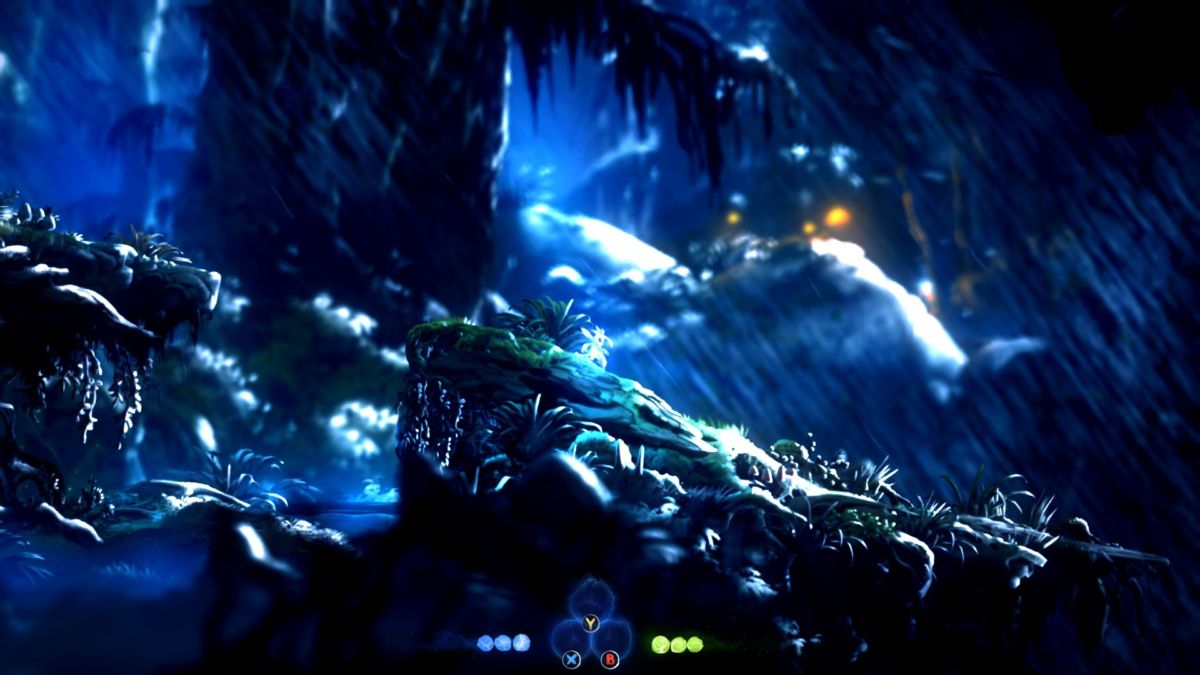 Of course, this means that there is a lot of incentive to explore the world fully and search out for hidden areas. While the original title wanted you to do that, there was little reason to as you could unlock what you needed without straying too far from the beaten track. This time around, the allure of Spirit Shards pushes you into being more adventurous, giving you a good reason to visit every place that you can reach.

Finally, the last major change switches out the manual save system for an autosave feature. This is a huge quality-of-life improvement that gets rid of one of the most frustrating aspects of Ori and the Blind Forest. In that game, you had to use precious energy to save the game. If you had no energy then you simply couldn’t save until you reached one of the few warp gates. 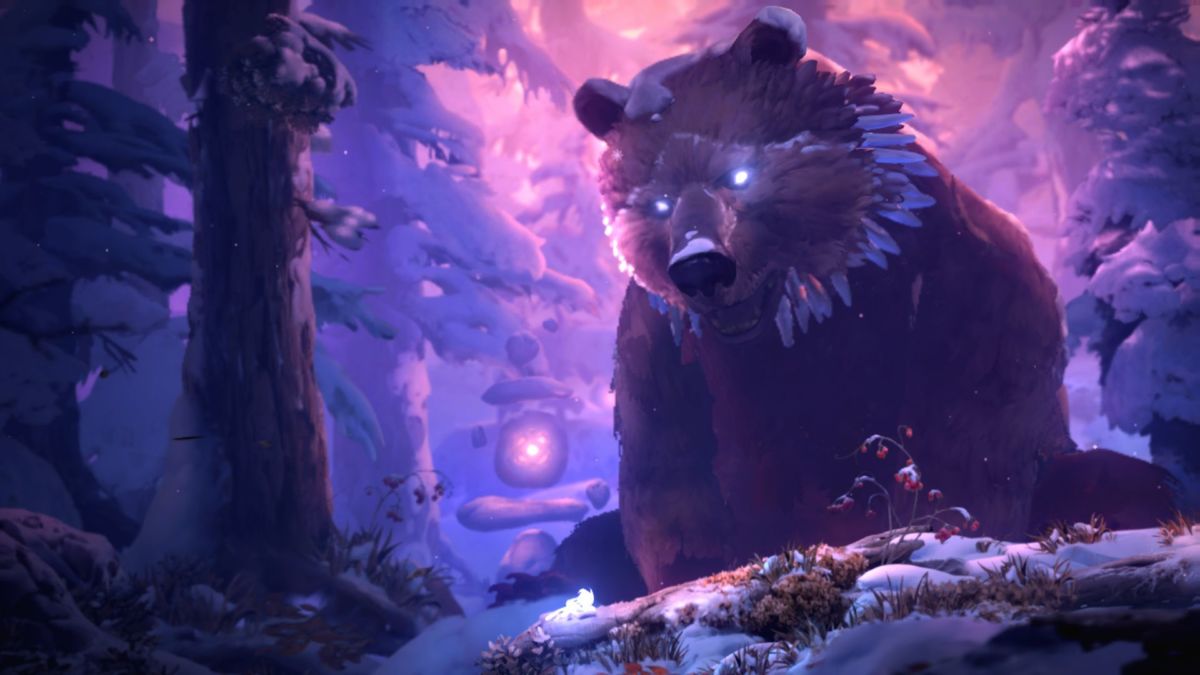 Thankfully, the autosave function works perfectly and I never seemed to lose any major progress after dying, something that can’t be said of the first game. Having this feature in place for the sequel makes you wonder why they opted for such a strange system in the original because it just stops those annoying moments when you had to start an area all over again from ever happening.

A consequence of the added emphasis on combat means that Will of the Wisps includes better boss fights as well. The few bosses in Ori and the Blind Forest didn’t pose much of a challenge and were more about platforming than actually fighting. The sequel strikes a better balance of the two, challenging you to use your newly acquired offensive abilities. Boss fights now feel like a genuine test of your skill and provide a welcome change of pace from the relentless platforming you do most of the time.

One of the best things about Ori and the Blind Forest was the presentation. It had a truly gorgeous art style and beautiful soundtrack that few platformers can rival. Moon Studios have again made a stunning game, with an art style that is utterly striking to take in. Each area has its own distinct colour palette and design, as well as a unique musical accompaniment that never fails to make an impression and magnifies every emotional moment in the story. Will of the Wisps is easily one of the best looking and sounding games available on the Xbox One and a demonstration of what platformers can achieve.

The only real complaint regarding Will of the Wisps is the array of bugs and performance issues that can get in the way of the enjoyment a bit too often. In particular, the game has a tendency to freeze when you enter new areas or open up your map. This delay is only minor but is very noticeable and soon becomes a frustration, especially considering the amount of time you end up backtracking and exploring the world. The framerate will also drop a fair amount during moments when there is a lot happening on-screen at once, which can affect the precision of your movement. These problems are far from deal-breaking however and are generally just a minor inconvenience.

Creating a sequel to a game that received as much acclaim as Ori and the Blind Forest was never going to be an easy task. However, the developers have not only matched their previous effort but exceeded it in almost every way. It is a bigger and more fulfilling game to play, while never sacrificing anything from the original title in terms of presentation and story. The vast improvements to the combat and upgrade system add a huge amount of enjoyment, ensuring that Will of the Wisps is a sequel that demands to be played. 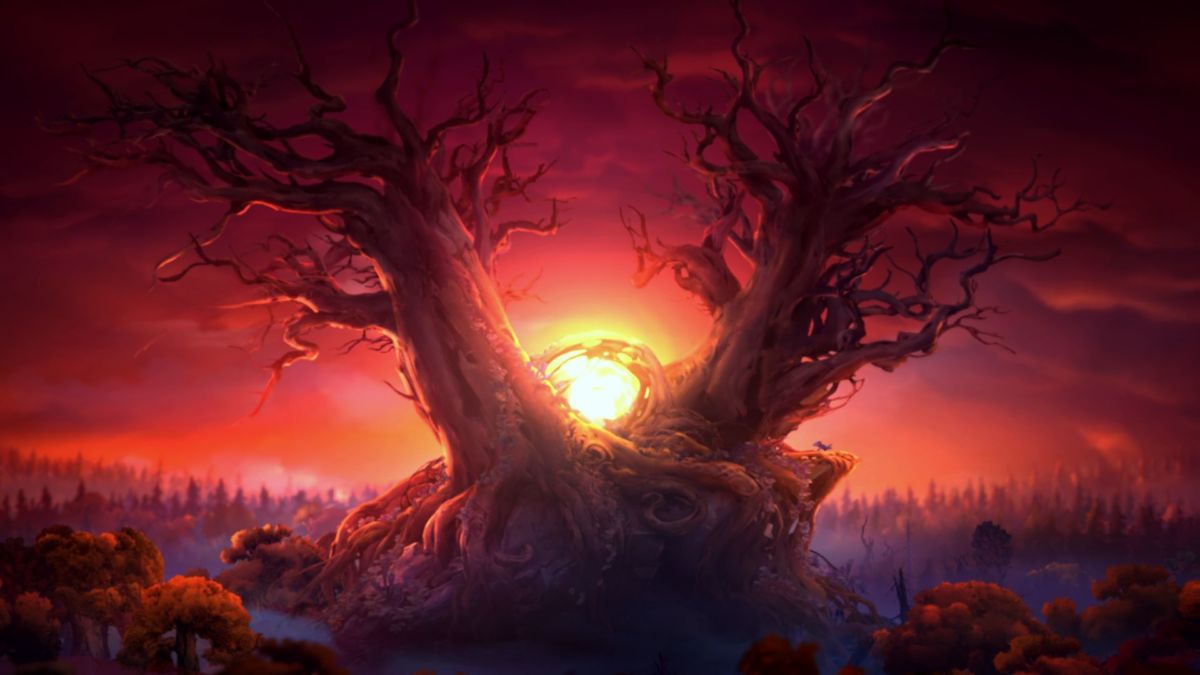 Verdict
A beautiful sequel that successfully manages to improve on almost every aspect of the original, Ori and the Will of the Wisps is one of the best Metroidvania experiences you can find.
9.5
Cultured Vultures is a pop culture website established in 2013 covering all things gaming, movies, and more. We eat your words.
All The News On The Biggest Games