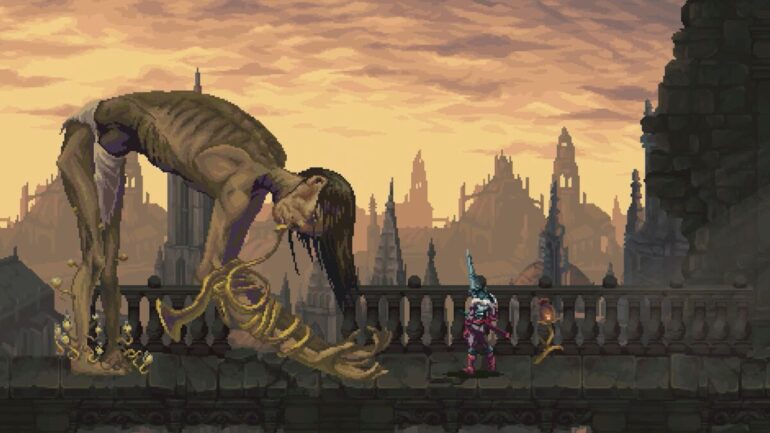 Team17 and The Game Kitchen have today announced a brand new free update is launching for Blasphemous. It’s called Stir of Dawn, and it adds a host of new features and changes to the game, chief amongst them being a New Game + mode called New Torment. Here’s the launch trailer below.

The New Torment mode is a brand new experience, which adds a whole new story branch to the game where the player must venture forth and defeat the five Amanecidas. Stir of Dawn also includes new areas to explore, improved executions, an improved map system and so much more. You can even pet the dog now.

Players who take on the New Torment mode will be able to choose from one of Three Penitences, which drastically alter the core experience. Unwavering Faith improves the magic capabilities of your character, but sword damage will be halved. Bleeding Heart replaces your lifebar with stocks, and each bit of damage will remove one stock, while True Guilt will see your maximum fervour drop when you die, and your Tears of Atonement will be placed in a collectible fragment. If you die before collecting the fragment, they’re gone forever.

Will you be playing the new Blasphemous update on PC, PS4, Xbox One or Nintendo Switch? Let us know in the comments.

MORE GAMING:
– Is Blasphemous the Most Metal Game Ever?
– Biggest New Games Of August 2020: Anime Football vs. Fall Guys
– 15 Best PS4 Indie Games You Should Check Out