Is Blasphemous the Most Metal Game Ever?

This game is basically smoking under the bleachers. 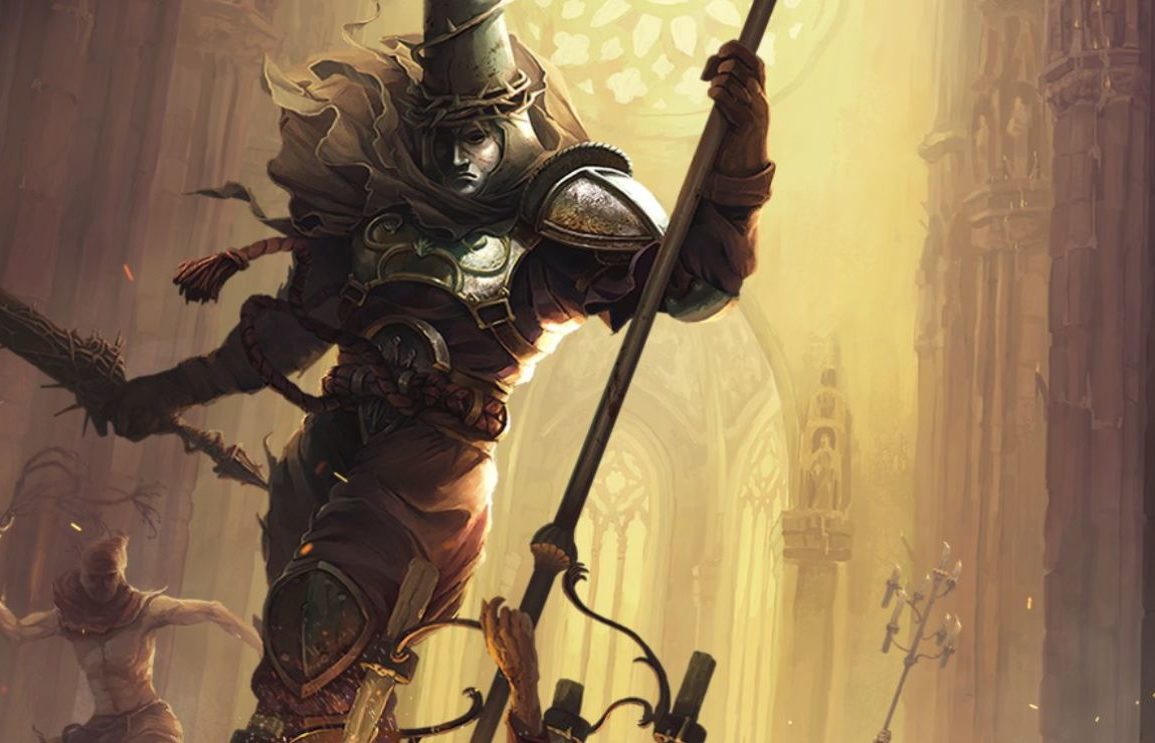 Blasphemous
Home
Gaming
Is Blasphemous the Most Metal Game Ever?

How does one define the concept of metal to your average layman? What makes something metal? Well, there are many obvious answers like dark subject matter, references to Gothic literature or the occult, and tales of violent debauchery. Still, one of the most ubiquitous tropes in all of metaldom has to be disturbing religious imagery, and it is this feature that makes Blasphemous, perhaps, the most metal game of all time.

Surely the demon killing action of DOOM offers plenty of horrific imagery and extreme violence to make a case for itself, while other series like Devil May Cry, Diablo and Darksiders are happy to fill in the ranks behind it with less extreme subject matter. Aside from these obvious examples, though, there aren’t many games that can give Blasphemous a run for its money.

Level designer Enrique Colinet spoke about the inspiration behind the game’s metal aesthetic last fall. Beginning as a Kickstarter game in 2017, Blasphemous evolved from its Spanish studio, exploring the dark nature behind Spain’s catholic mythology and using Dark Souls and Castlevania as its primary influences.

Metal has always existed outside of the mainstream, generally associated with the weird kids sitting on the bench at the mall or hovering around the smoker’s section of your local high school. This outsider significance primes nicely with the game’s Souls-like approach to game design, as the Souls-like, despite its growing popularity, remains strictly outside of much of the gaming mainstream’s comfort zone.

Set in a world where The Miracle has cursed mankind to endure undying agony, Blasphemous sees its superstitious citizens surviving all manner of horrific tortures. In their agony and desperation, they begin to worship The Miracle as a result. It’s fairly grim stuff, and more than once you’ll likely find yourself shocked at the flagrant sacrilege of it all.

I mean, the game is called Blasphemous, so the precedent is there but, all the same, meeting bisected men wielding the blade that cut them in half or fellows who have been broken on the wheel dragging it behind them is not the kind of hideous inspiration you expect to see for enemy design.

It is this shock value that maybe makes the best case for Blasphemous to obtain the coveted title of most metal game ever. After all, anyone as old as this writer will no doubt remember the terrible fear that was once attached to any band which was even vaguely associated with the genre.

From shock rockers like Marilyn Manson and GWAR to some of the most disturbing cover art ever from Cannibal Corpse, or even a certain infamous shirt from Cradle of Filth, righteous indignation and outrage have become something of a staple for the genre.

With this feature in mind, the utterly horrific design of many of Blasphemous’ monstrous bosses surely make a strong case for the game as well. Whether a blood-stained cherub with a murderous umbilical cord or an immortal pope with a striking resemblance to the frontman of GHOST, the big bads of Blasphemous take the dark mirror of metal imagery to new heights with their gruesome presentation.

Finally, looking to the main character, Blasphemous makes a truly daunting case for itself. Donning a crown of thorns and capirate in addition to classic Crusader armor, The Penitent One never speaks as he carves his way through legions of undead fiends and monsters. Like a slasher movie monster, he stares emptily at the world, only interacting with it through savage violence.

A late game scene that sees The Penitent One hurtling across a castle bridge, surrounded by a storm of flames, would look right at home on the album cover for Slayer and the like. Other scenes, like a man who has allowed an olive tree to grow through him while he writhes in agony, would be similarly at home on the cover of albums from bands like Septicflesh, Cattle Decapitation or Immolation.

Certainly the greatest confirmation of all for Blasphemous’ metal ambitions comes when the credits roll at the end of the bloody journey. The Blasphemous ending title card is similar in design to dozens of purposely unreadable band logos from the sordid history of extreme, death and black metal. Anyone familiar with the genre and subgenres of metal music will notice this distinction as soon as the final logo appears.

In the end, whether Blasphemous is the most metal game of all time, or just one of them, it has surely earned itself a place in the top annals of that distinction. An ass-kicking Souls-like with plenty of brutal attitude, metalhead gamers needn’t look any further than this for their next fix of everything they love about the genre, art and culture of metal.