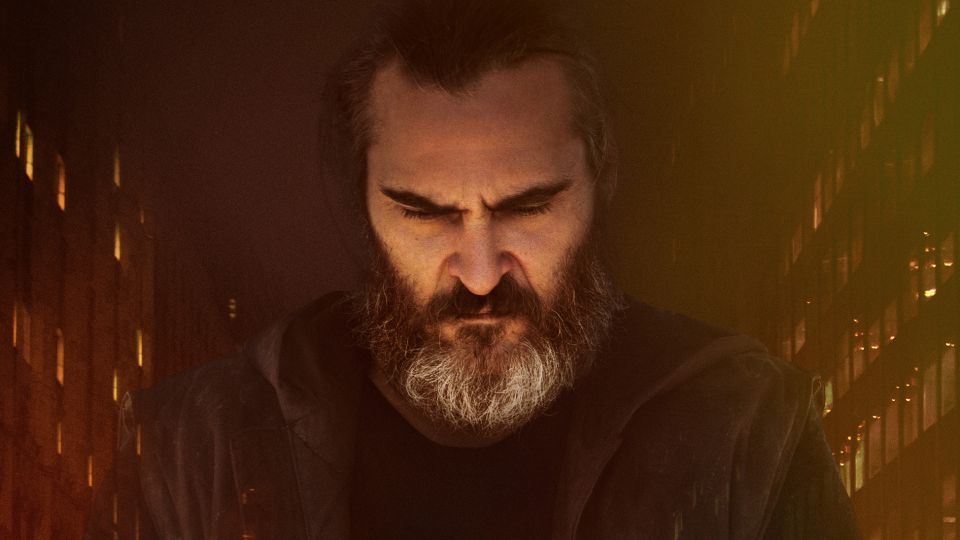 Starting as a hypnotic, moody character study and ascending into something even greater, You Were Never Really Here is yet another example of Joaquin Pheonix’s phenomenal talent as an actor.

Phoenix plays Joe: a veteran suffering from PTSD who has taken to a life of hired-gun work, primarily rescuing young girls from human trafficking and sex slavery. He’s essentially a modern-day Travis Bickle, except where Bickle’s disdain for humanity was fostered by the grittiness of New York City, Joe’s is much deeper set. The film, via snappy flashbacks, alludes to a violent past that will never really leave his psyche; a past that aggressively parallels the monsters he now hunts for work.

A protagonist isn’t the only thing You Were Never Really Here shares with the iconic Taxi Driver. Abrupt hallucinations and a general unease further the idea that what’s occurring on-screen might not be a direct representation of reality, and director Lynne Ramsay manages to present everything with a finesse that means even the most brutal acts of violence have a purpose and weight. Grisly assaults are often seen after-the-fact, contributing to the idea that Joe is a man always just one misstep from his demons – it’s real good stuff.

The most intense moments throughout the film are accompanied by a booming soundtrack that keeps everything deeply uncomfortable; though this is sometimes dropped, and its absence is definitely felt. Despite the entirety of You Were Never Really Here being well above par, there’s certainly some moments which carry a lull not found in the film’s best sequences. Many of these seem to feature around the midway point, though in a movie with a brisk 90-minute runtime, it’s easy to forgive brief moments of levity.

All that said; this definitely isn’t a movie for everyone. That should be obvious on account of the brutal acts of violence littered throughout, but the film doesn’t delve too deep into the backstory to a lot of the actions, and instead teases just enough for audiences to vaguely work out what’s going on. I’m even considering a rewatch as soon as possible, to fully grasp what some of the more metaphorical sequences Ramsay has included are supposed to mean. While this certainly isn’t a huge detriment  to the film, it’s something to consider for film-goers who prefer a degree of contextualisation with their cinema experiences.

Ultimately, you’ll know whether you’re on board for everything within the first ten or so minutes of You Were Never Really Here. It begins with an excellent tone-setting introduction to Joe, and rarely lets off until the credits roll. If you’re into intense character studies that veer on the side of disturbing, then this is certainly a must-see.

Verdict
Brilliant from both an aesthetic and performance standpoint, Lynne Ramsay's hypnotic character study is impossible to look away from.
8.5
Cultured Vultures is a pop culture website established in 2013 covering all things gaming, movies, and more. We eat your words.
All The News On The Biggest Games