Fortnite Season 9 Fortbyte #95: Found At A Solar Panel Array In The Jungle 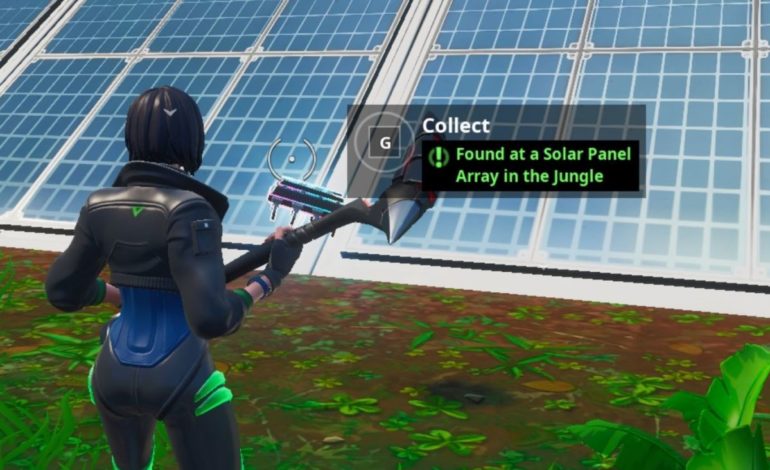 Fortnite’s Fortbyte system is Epic’s largest addition to Fortnite Season 9, proving to be a reasonably popular source of extracurricular seasonal content. Monday of Week 5 presents us with Fortbyte #95: Found At A Solar Panel Array In The Jungle.

Briefly, the Fortbyte system is a set of daily challenges that spans the entirety of Season 9. One is released everyday at 2PM BST and there are 100 Fortbytes in total. You receive cosmetic rewards (similar to the Battle Pass rewards) as you collect more Fortbytes. Each Fortbyte you collect reveals a tile on a large mosaic image that promises to reveal the secrets of Season 9.

This article focuses on Fortbyte #95: Found At A Solar Panel Array In The Jungle, which is similar to Saturday’s Fortbyte (Fortbyte #61), which is a traditional treasure hunt challenge, but without the need for a Battle Pass/Free Pass item. 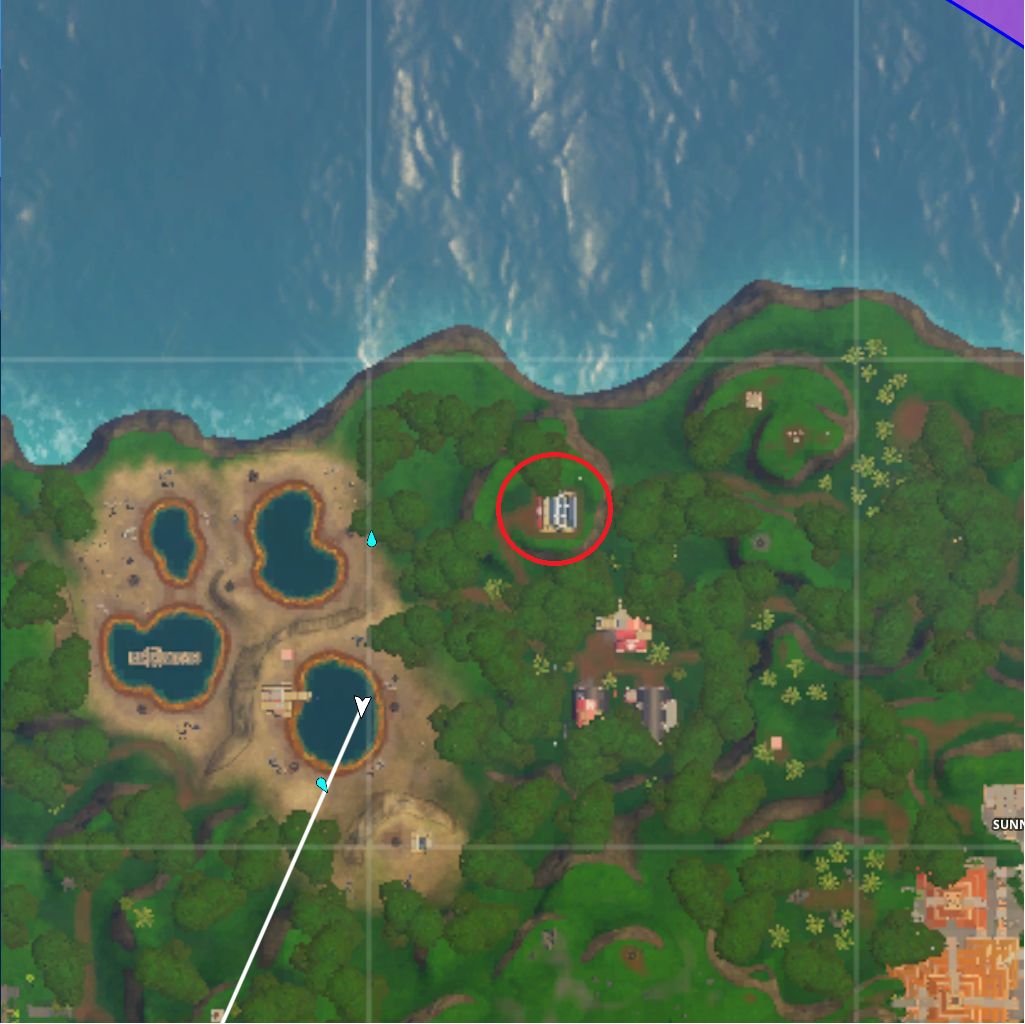 The jungle refers to Season 8’s biggest addition to the map, the northeastern jungle biome. It encompasses about 1/6th of the maps total landmass, so it’s not a particularly difficult region to find. If you’re after the Fortbyte specifically, land here in H2 to save yourself a bit of time. 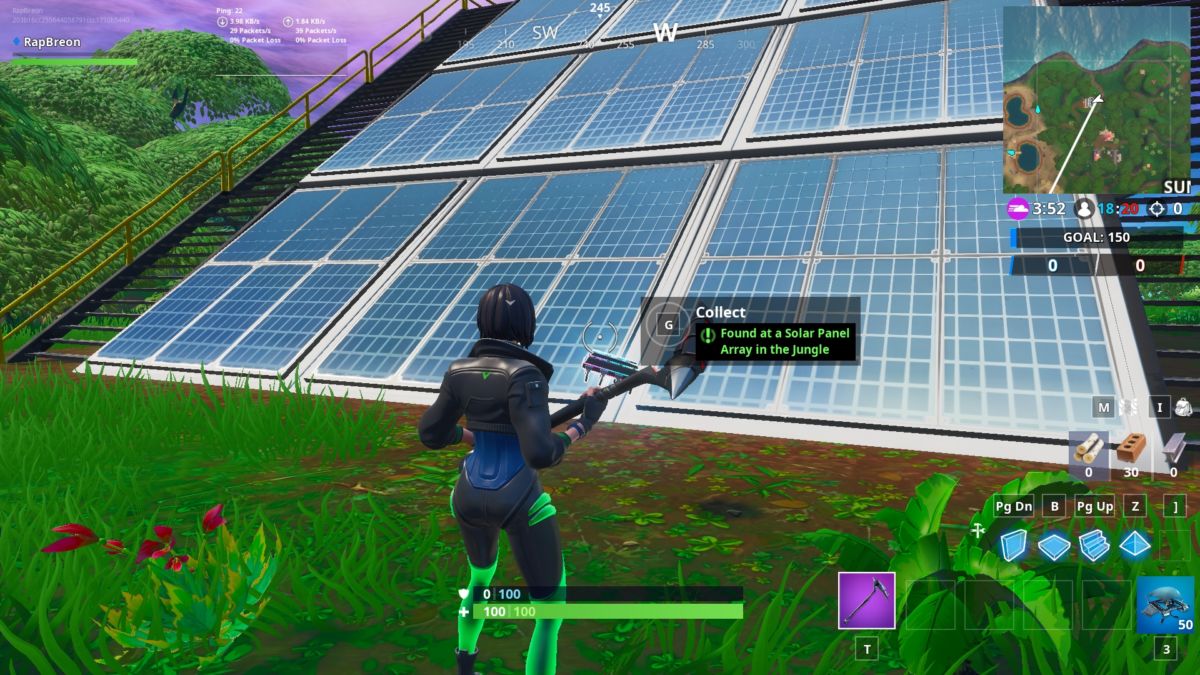 The solar panel array in question is a small structure located within the aforementioned northeastern jungle. Directly north of Pressure Plant (the destroyed volcano), there is a small series of expedition buildings you can see on the main map. Even further north of that there is an even smaller structure, near the coastline. This structure is the solar panel array, located at H3 on the main map’s grid. The Fortbyte will be lying out in the open at the foot of the slope of solar panels.

A tiny bit trickier than usual as the solar panel array isn’t a particularly notable landmark/building most people would be aware of, especially if they didn’t play much of Season 8. Still rather standard as far as treasure hunt challenges go, but expect a Battle Pass/Free Pass related one in the near future that asks you to keep up-to-date with your challenges and rewards.