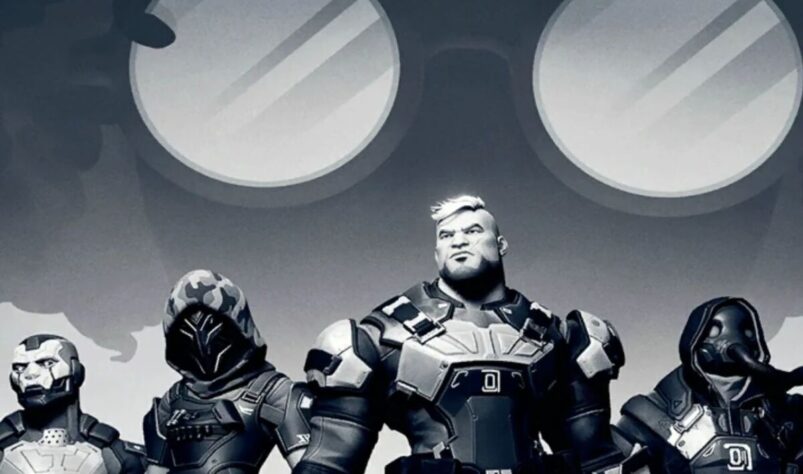 Fortnite: Battle Royale uses an epic narrative to justify constant changes and updates, with the Imagined Order (IO) working as its main antagonist. The IO is a bureaucratic organization that throws people into a looping battle, where they lose all memory and powers, just for the sake of knowing what happens.

All collaborations in Fortnite are explained by the IO’s actions, with important characters from pop culture being deeply impactful to the game’s story. From Batman being responsible for their return, to Sarah Connor and The Mandalorian working for them — they are relentless.

Here are 5 facts about the Imagined Order in Fortnite and its despicable feats.

Usually, villains look great with white hair. However, the IO’s staff don’t age at all, with its constant tinkering of time and space dating back thousands of years. Field agents like John “Jonesy” Jones have kept their sharp jaws and non-baggy eyes even after witnessing horrors beyond the unknown, including filing tax reports.

This exemption from the aging process leads to the IO being able to exploit its employees for as long as their mission deems necessary, which so far has lasted millennia. The Fortnite x Marvel: Zero War comics show this with Jonesy walking through the rubble that was once his office, reminiscing on the good times he had — even through the chaos.

After an outburst, he mentions having worked for the IO for centuries, with barely anyone from the higher ranks recognizing his accomplishments. Jonesy was responsible for saving all reality in Chapter 2 — Season 6, making this an even sadder reveal.

Doctor Slone, Jonesy’s boss, also mentions the thousands of years she has kept her eyes on the Loop in the trailer to the Impostors game mode, which also enables players to explore the IO’s facility inside the Fortnite Island.

The IO was only revealed starting with Chapter 2, mystery constantly surrounding its higher ranks and secret purpose. Chapter 2 — Season 7 brought about Slone, the leader of the unspecified branch in charge of the Fortnite island itself, and Chapter 3 — Season 2 introduced Gunnar, the muscle to Slone’s cunning intelligence.

Both of them played key roles in their respective seasons, showing how few hold the power to do any change through the hierarchy. One scene in the Zero War comics perfectly demonstrates how little they care about the ones serving them, with former agent Jonesy believing Gunnar to be the IO’s leader, Geno.

Slone berates him for ever thinking the enigmatic leader would relate himself to the likes of Jonesy, and since she was his former boss, this hits hard for the poor hero. Emotional manipulation is key to ensuring no one questions the IO’s authority, serving their endless mission with loyalty.

3. The Man Behind The Curtain

Geno leads the IO alongside an inner circle that’s still hidden in the shadows. He was first mentioned in Chapter 2 — Season 6, being someone of great importance to The Seven’s leader, The Foundation. The Seven are against everything the IO does, being the heroes of this story, so of course their eyes would lie on the man behind the curtain.

At first, Jonesy uses his knowledge of Geno as leverage against The Foundation for his own survival, thinking he knows where the IO’s leader truly is. Unfortunately, he was misled by his own boss, Slone, forcing the Seven to go back to square one on any efforts of finding the maniac.

However, in the Chapter 2 — Season 2 live event, Collision, the tailend of a conversation between Slone and Geno leaves the Zero Point aligned to his reality, making him exposed for the very first time. Foundation and Jonesy immediately jump to the action, now hunting him down while the island is at peace.

Not on purpose, of course, but as the result of a 6-issue comic book series, Batman was solely responsible for getting the IO back on its feet. When Dwayne Johnson’s The Foundation sealed the Zero Point from the facilities surrounding it, the IO was forced to retreat from the island. However, they had a plan.

By orchestrating a plan with Lex Luthor, they brought Batman and Catwoman into the Loop, where the only way to escape was to break through the Zero Point’s stone. The Foundation was unconscious in the depths of Gotham Harbor, so he was far from being able to stop them.

Eventually, with the help of decades of Bat/Cat romance, they escape together — but the IO returns, taking hold of the island yet again. DC’s greatest detective was only able to piece the puzzle together thanks to the help of multiple survivors from the island, where with their knowledge combined, he gave meaning to mysterious symbols and their origin.

The IO’s emblem is an intricate design filled with symbology.

The outer rim represents the teeth of a mechanical cog, showing how they are the ones behind the island’s inner-workings, with an unstable Zero Point at its center.

Outer boxes contain the symbols for each branch of the organization, with few being developed so far. The one on the left has been shown to represent Slone and The Bridge, the name given to the island’s underground facility.

However, the biggest symbology behind the IO’s emblem is something hidden in plain sight: The Panopticon. The concept of a panopticon is a prison where those watching cannot be seen by the ones being watched.

This concept goes back to the starting principle of what the Imagined Order is, the puppet masters of all existence, with few being able to even comprehend the scale of the effort, let alone having an actual fighting chance against them.