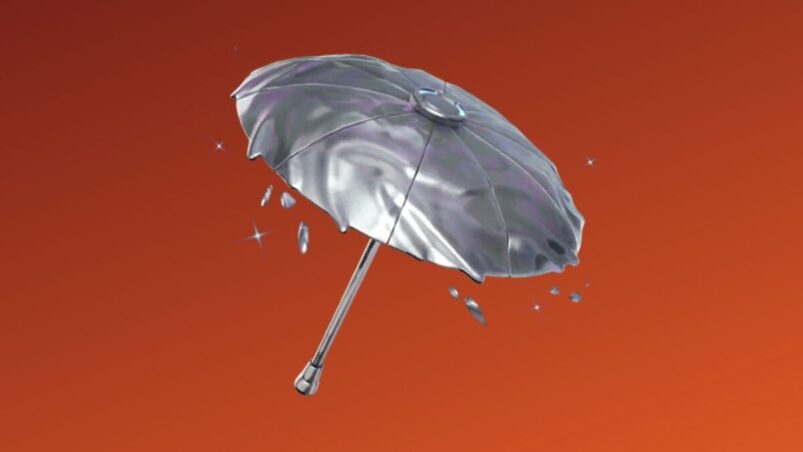 Fortnite is a game that always changes, but there’s one thing that’s remained consistent throughout the years: earning a Victory Umrella. It’s exactly the same with Fortnite: Chapter 3 – Season 4, with the Victory Umbrella, Chromebrella, being up for grabs from day one.

Here is what the Fortnite: Chapter 3 – Season 4 Victory Umbrella looks like.

Check out Chrombrella, the Victory Umbrella for Season 4, in the video down below.

The Victory Umbrella for each season reflects the theme of the season itself, with Season 3’s Victory Umbrella, the Battle Bloom, showing off the season’s party atmosphere and mysterious flora. Season 4 follows this tradition, with a chrome finish to quite literally reflect the fact that chrome is spreading across the island thanks to The Herald.

The Herald, who is also the secret skin for Season 4, was first seen briefly in Season 3 but has made their move in a big way in Season 4, getting rid of most of the members of The Seven and leading to The Paradigm’s Brie Larson to flee the scene. The Fortnite Island is already showing the signs of this mysterious villain’s influence.

How To Earn The Season 4 Victory Umbrella

To earn the Fortnite: Chapter 3 – Season Victory Umbrella, players simply have to win a match across any of the game’s core modes in either the traditional building modes or Zero Build.

This means you can get a win in either solos, duos, trios or squads and will earn the Season 4 Victory Umbrella and be able to add it to your locker.