Dota: Dragon’s Blood: Season 4 – What You Should Know 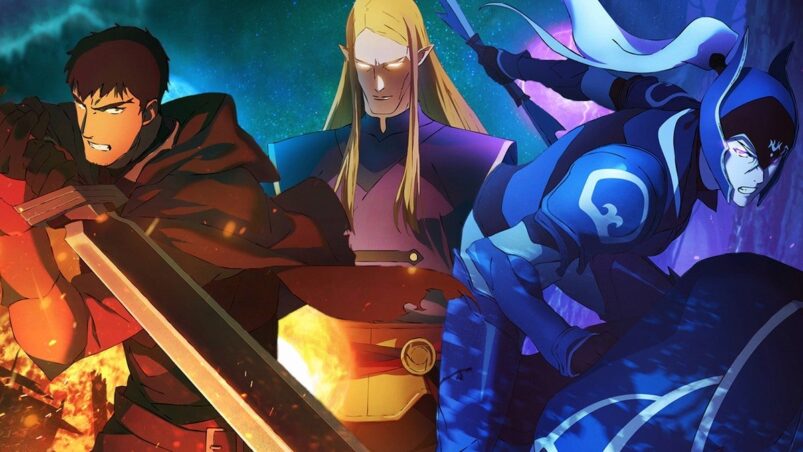 Calling Dota: Dragon’s Blood one of Netflix’s best shows the service has put out in recent times wouldn’t be trying to oversell it. The fast-paced story we see is one that’s based on a fantasy setting enriched over the years by a colorful video game history, and that has now made for an incredible adaptation. With three seasons being released in a remarkable period of fewer than 18 months, the series has amassed a massive following.

Naturally, Dota: Dragon’s Blood: Season 4 has been the only thing on the minds of fans ever since the third season came out in August 2022. Getting to see three seasons of any show within the timespan of a few months, and especially that of an anime is something truly startling. With the prospect of a sequel looking bright, here’s everything you need to know about the show’s return.

When Is Dota: Dragon’s Blood: Season 4 Coming Out?

Regrettably, there’s been no news regarding the renewal of Dota: Dragon’s Blood: Season 4 by Netflix. This news isn’t surprising due to the fact that the show just had a new season released in August 2022, and, well, most of the time it does take a while for a sequel to pop up.

Though the show has had rapid renewals so far, now with the story coming full circle in many ways, we don’t think Netflix will be pushing for a fourth season so quickly this time around. Nonetheless, Dota has gained critical acclaim, and judging from the franchise’s past feats, it never goes out of trend for long.

What Is Dota: Dragon’s Blood: Season 4 About? (Spoiler Alert)

The end of Dota: Dragon’s Blood: Season 3 left us with another cliffhanger. The Invoker and Filomena summoned The Forge and returned the universe to its original timeline where Davion had died battling Terrorblade, but his sacrifice ultimately led to the team’s victory. Everyone was mourning Davion, and while everything seemed alright, Filomena was shown to be alive when she was supposedly near death from her disease.

Therefore, Dota: Dragon’s Blood: Season 4 will likely be about how Filomena is still alive in the old world, and more curiously, why? Although this is just a hunch as the show follows a totally original script and so far a synopsis for the fourth season hasn’t been revealed.

Although it hasn’t been confirmed, Dota: Dragon’s Blood: Season 4 will most likely be made by Studio Mir again.

Everything from Davion’s awesome blade and Slyrax’s epic battles to the Invoker’s sharp tongue has been a work of Studio Mir. Having any other studio get their hands on Dota: Dragon’s Blood: Season 4 would be very weird, and unwelcome at that, so hopefully, the sequel lands directly in Mir’s lap.

Where Will Dota: Dragon’s Blood: Season 4 Be Aired?

Similarly to most recent video game adaptations like Cyberpunk: Edgerunners and Arcane, Dota: Dragon’s Blood is also a Netflix-exclusive series. So when the fourth season releases, Netflix will be the place to binge it once again, although, it isn’t set in stone that the show will never arrive on other services such as Crunchyroll or Funimation.

If there’s anything in common between the first three seasons of the show, it’s that every finale leaves fans exhilarated and wanting more. Dota: Dragon’s Blood: Season 4 might not yet be confirmed, but seeing how Netflix so quickly put out three seasons and knowing that there’s so much that’s still left to explore in this mythical wonderland, it shouldn’t be long till we’re sitting on our couches binge watching it again.