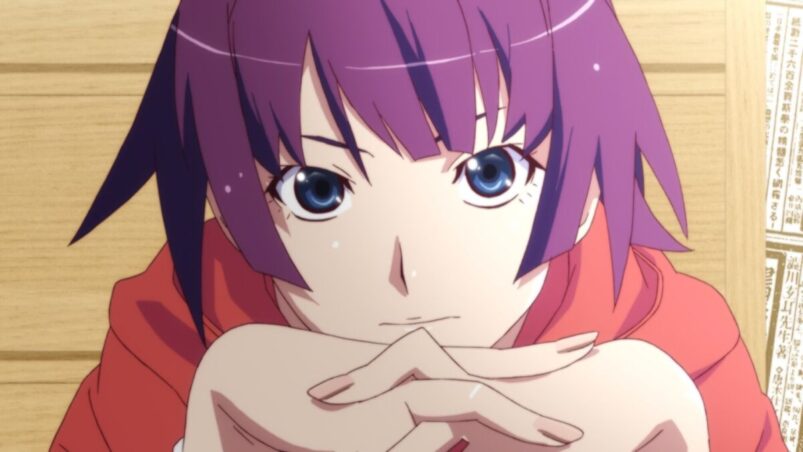 Nishio’s Monogatari series is one of the most fascinating anime you’ll ever see. Technically, its genres are mystery, romance, and supernatural, but in reality, it’s a mix of pretty much every genre under the sun. Comedy, horror, action, psychological — you name it, and Monogatari has it. It’s a weird mix, but somehow, the show manages to find the balance.

However, looking for a Monogatari watch order that’s best for you can be a nightmare. One of the show’s only flaws is its confusing watch order. Each of Monogatari’s seasons is named differently. For example, Season 1 is called Bakemonogatari (Ghost Tale), Season 2 is called Nisemonogatari (Fake Tale), and so on and so on. The titles give no clues as to what season comes after the other.

Another issue is that there are dozens of ways to watch the show; the story’s chronology jumps around a lot. Getting into the show is challenging, but don’t worry because this watch order guide should solve your problems.

Out of the dozens of possible watch orders, the release order is universally considered to be the best if it’s your first time watching Monogatari.

The events aren’t chronological, but that’s fine because it’s how the show’s producers intended it. This way, the mysteries make sense and you won’t be spoiled because certain events in the past, present, and future contain information that you’re not supposed to know yet.

Should You Watch The Monogatari Movies And Shorts?

Anime movies tend to not have a major effect on the main plot, some of them aren’t even canon and can be ignored entirely. Monogatari’s movies are essential, though. The three Kizumonogatari’s movies act as prequels to the entire series and contain vital information about how Koyomi became a vampire and what exactly his relationship with Shinobu and Hanekawa is.

As for the Koyomimonogatari shorts though, only the last two episodes are essential to the plot. However, the rest of it is still a pretty good watch and isn’t completely useless to the plot.

Where To Watch Monogatari

Finding a place to watch all of Monogatari can almost be as scary as finding a proper watch order. Due to the sheer number of shows the series has, there’s no single legal streaming platform that has access to all of them.

The platform that currently has almost all of Monogatari is Netflix, but it’s not as simple as that. You’ll have to switch regions since certain parts of the show are only available in certain regions. Use a VPN to switch regions and see if the season you’re currently at is available there.

Other platforms that have Monogatari are Amazon Prime, Crunchyroll, and Funimation. But again, they’ll be missing a season or two so you have to switch services a few times,

There’s even a season that simply doesn’t exist on any legal streaming service, Zoku Owarmonogatari. You would have to buy it on Blu-ray, which is the only way to watch all of Monogatari legally. It will take longer, but at least you can binge-watch the show without looking for the other seasons once you get it.