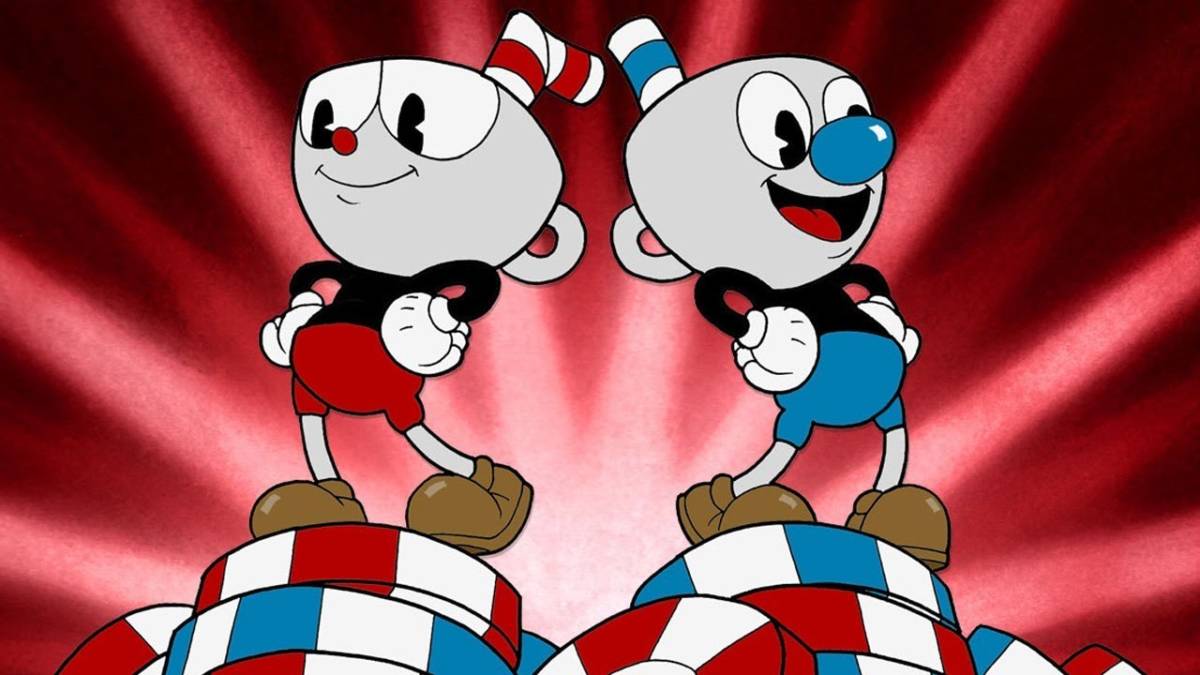 If art style alone determined the quality of a game, Cuphead could very well have been the greatest game ever made. Ever since it was shown off as part of Xbox’s Press Event at E3 2014, gamers were drawn in by the 1930’s visual aesthetic, adorned with colourful characters and a soundtrack led by an authentic vintage big band. In this day and age, StudioMDHR Entertainment managed to give Cuphead something most games crave: a unique identity.

Early footage showed us the intricately animated bosses we’d be facing as the little liquid-receptacle headed hero, and all subsequent footage released left the gaming community blown away. It’s not enough to witness the game via the screenshots plastered around this review, you have to see it in motion. 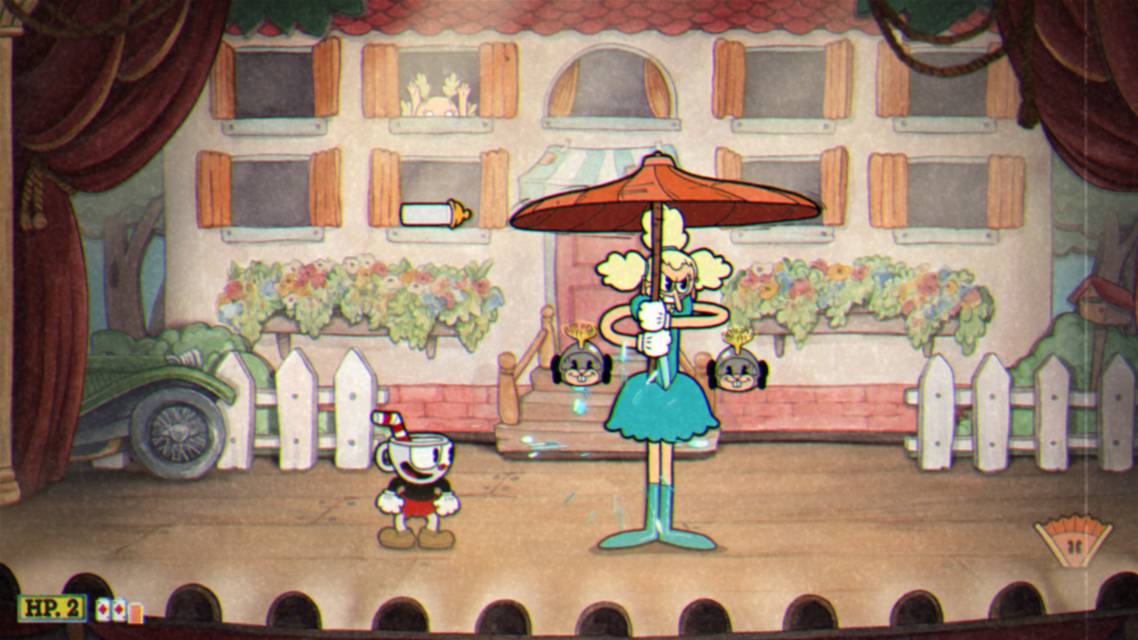 Even the plot, hokey though it be, feels lifted from a cartoon of that 30’s era, with Cuphead and his good chum Mugman having to collect souls for the Devil in order to pay off a gambling debt and avoid eternal damnation. It’s a fiddle and a hickory stump away from The Charles Daniels Band showing up and having a duel.

But art style and peculiar premise does not a fun game make, so it’s just as well that Cuphead has those bases covered too. Inspired by retro run and gun shooters like Metal Slug or Contra, Cuphead feels fast and responsive, like all platform shooters should. However, just like those genre stalwarts before it, the cutesy animation betrays a sinister and punishing difficulty curve. If old school platformers are your Kryptonite, Cuphead likely won’t be for you.

You see, Cuphead’s gameplay could be described as running full steam into a brick wall repeatedly until either you or the wall breaks. Managing to break through said wall rewards you with the satisfaction of knowing your determination is stronger than a computer’s ability to eviscerate you, along with a bigger, sturdier wall to break through. This wall also has spikes and lava flowing all around it, so good luck with that one. 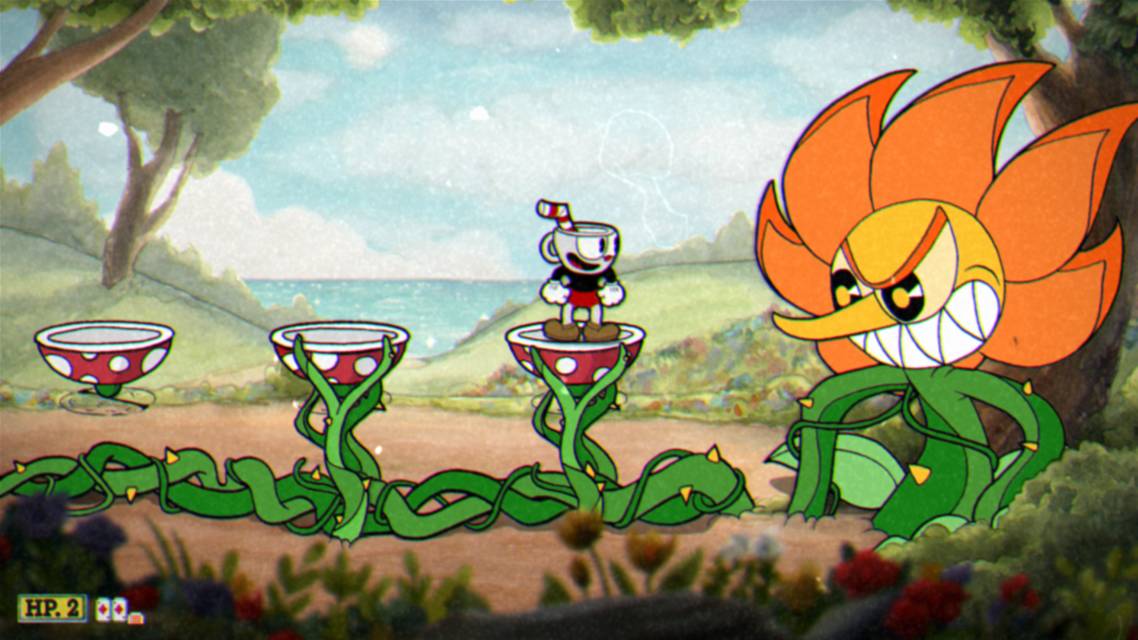 On the face of it, that doesn’t sound “fun”, but that kind of difficulty was old school gaming in a nutshell. Each of the game’s 25 levels and boss fights require multiple practice runs so you can anticipate what new and innovative ways the game will utilise in an attempt to pound you into porcelain powder. Memorising patterns and positioning yourself accordingly is your key to success, along with hitting your enemy. That also helps.

The reason why this kind of gameplay works is that it naturally creates a sense of personal progression. As frustrating as it might be to get killed over and over, you do feel yourself improving with every attempt at the level and that knowledge makes you want to have another go. “Oh, that was the first time I made it to the second phase, let’s go again.” “Wow, I beat that part without getting hit. I should be better served later on now.” “Darn, I nearly had the boss there, but now I know I can beat it. I’ll try again.”

In between levels, players can spend coins found during the run and gun levels on new weapons and buffs, whilst bonus levels teach the player how to parry and unlock new supers. The inclusion of new weapons and power-ups adds a deeper layer of strategy to the game, as certain loadouts work better for certain levels. 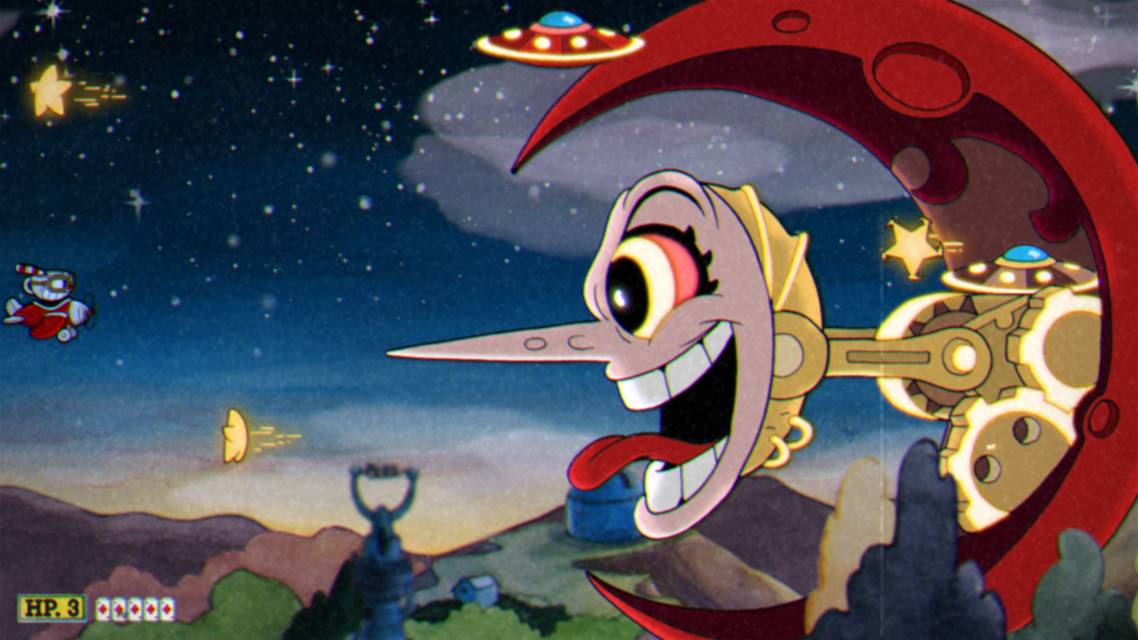 The Spread gun works great in close range encounters, whilst the Chaser is optimised for battles where platforming is a bigger threat than the boss itself. New players might enjoy the buff that grants an extra hit point even if it comes at the expense of damage, whereas veteran players might prefer the buff that constantly builds super meter.

The parry system adds a further risk/reward element into each level. Any pink projectile can be parried by pressing the jump button whilst in mid-air, and successful parries will grant player one bar of super. Mess up the timing and you’ll be eating shit really quickly. The question then becomes if the extra bar is worth going out of the way for, as doing so often puts you in even more danger.

Despite the gorgeous graphics and difficult yet rewarding gameplay, Cuphead is not without its faults, chief among them being the run and gun levels. Compared to the tension of the big boss fights, run and gun levels take on a slower pace and feel like a distraction, and they lack the same level of visual impact that the bosses provide. In short, they’re weak and forgettable. Luckily, the ratio of boss fights to normal levels is skewed in favour of the bosses, making their appearance more of an irritant than anything truly game-breaking. 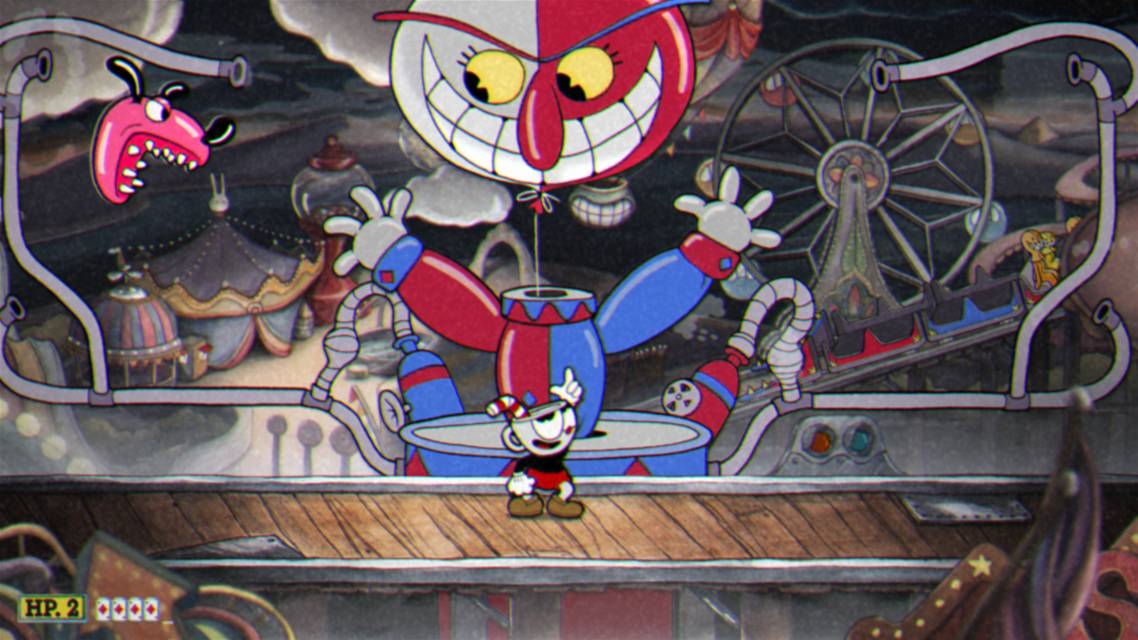 Also, the default control scheme that the game uses is cumbersome and can become a huge hindrance during especially hectic fights. With jump, shoot, dash and super all mapped to the face buttons, it’s all too easy to accidentally dash when you meant to jump. Thankfully, the controls accommodate custom bindings, and we found success using dash on LT and shoot on RT. Experiment with it, just don’t use the default controls. They suck.

Ultimately, Cuphead delivers exactly what was promised: a challenging 2D platformer/shooter with enough character to stand out in a market with saturated with indie platformers. There’s even two player co-op, if you need your big brother to come in and carry you through the level. Fantastic fun, if you’re willing to test yourself.

Verdict
We've been waiting years for Cuphead, and it's been totally worth it. Some issues with the run and gun levels do dampen the overall experience, but not to any significant degree. Cuphead is challenging, exciting and most importantly, enjoyable.
8.5
Cultured Vultures is a pop culture website established in 2013 covering all things gaming, movies, and more. We eat your words.
All The News On The Biggest Games