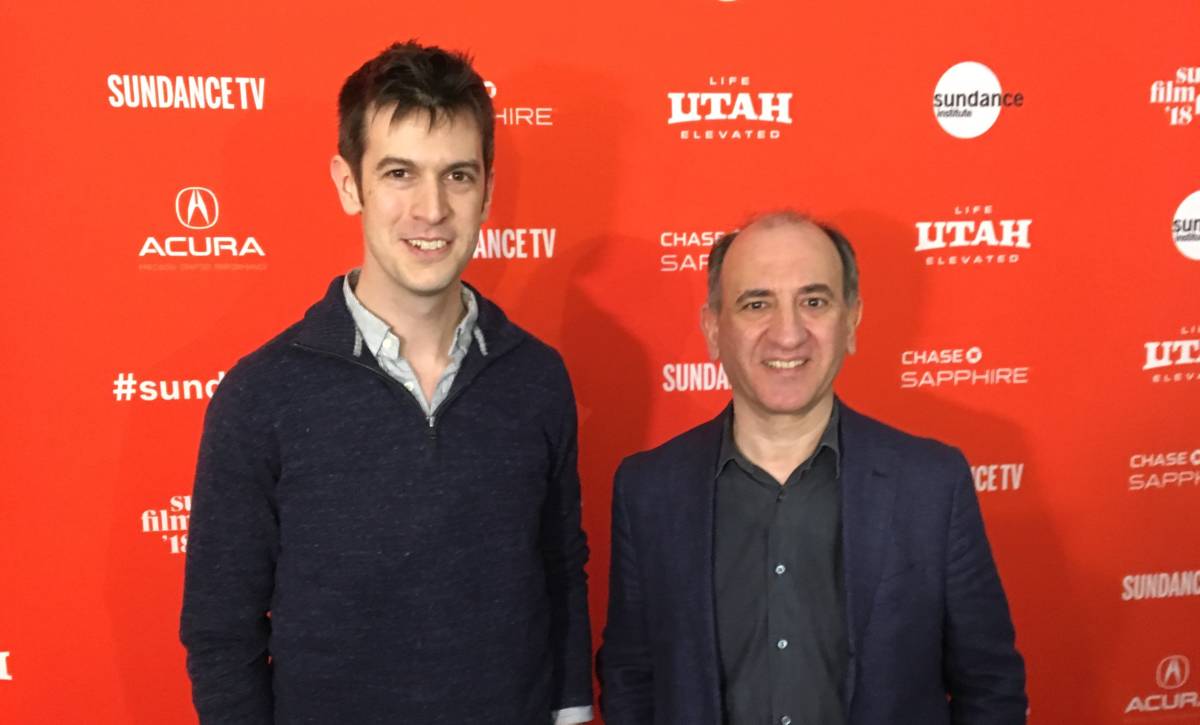 Thank you for joining Cultured Vultures today.  How are things treating you?
Good, thanks. Great.

You composed the score for writer/director Armando Iannucci’s new film, The Death of Stalin, which has already been released overseas but awaiting theatrical release in the US. You’ve had a long relationship with Armando, having composed every season of Veep, so is that what drew you to the project?
That’s right. Armando met up just as he was getting ready to leave the show and we had a chat about all kinds of things. The subject of the movie came up and it sounded tremendously exciting.

The Death of Stalin is a comic film set in 1950s Russia. How did the Russian musical influence play into the comic timing?
Well, I think the movie is in a tradition in which the music itself doesn’t give the game away about the comedy at all. The music plays it absolutely straight which on the whole is what the actors do so it’s kind of musical method acting if you like. I likened it for a little while I was working on it to Young Frankenstein where the score was a note-perfect imitation of Hollywood in the 1930s. Young Frankenstein is a spoof and our film is not a spoof.  In the case of Stalin, it can go two ways. The music is very Russian—very big, very bombastic, very tragic. You can either feel that it’s ironic that what’s happening on screen is so ridiculous and the music is so serious. It creates a jarring effect. Or it can serve to be non-ironic and serve to remind you that although what you’re seeing on screen is very silly outside the Kremlin. Outside these buildings, the Russian people are suffering terribly at the results from the decisions being made.

How did you get started with composing film music and who were some of your influences?
I’ve always been passionate about music and films but it wasn’t until my late 20s when it really occurred to me to put the two things together. I had been a concert pianist for a little while, a concert composer, and a musicologist even. I actually have a Ph.D. in musicology. I was struggling to find an outlet in music that felt right then I quite suddenly discovered film music. I was very lucky to be given a job in a studio run by Rupert Gregson-Williams, who is a film composer I admire very music. Rupert really took a chance on me and gave me a job when I had very little experience as far as films are concerned. I was a good musician but I was a very novice film composer. A little bit later, I got to work with Carter Burwell. I admired his attitude to Hollywood and his kind of idealism very much.

At what point of the filmmaking process do you tend to enter the picture?
It’s normally fairly late on. That’s traditional. It’s always nice when it’s not late on, when it’s earlier if that can be arranged. With Stalin, we actually began discussing the film before Armando had shot anything, which was fantastic. I was then able to start researching, studying Russian scores and the sort of composers that we were talking about, and had several months to work on writing little test pieces and thinking about the score before I had the picture and had to get started for real. That was fantastic.

Is there a difference to composing for this film compared to animation?
I don’t think there any absolutes actually. There are many general tendencies. In animation, you tend to be focused on what’s happening right now this moment or this scene. In a live-action film, you might be more inclined to pull back psychologically and comment on what the film as a whole is about. You can easily imagine breaking the rule. If you’re writing for children, one of the wonderful things is that there isn’t very much irony. You are wholly and emotionally invested in what you’re doing. What I’ve found in animation is that you absolutely do not need to talk down musically. I sometimes find that my most complicated complex music is the music that I write for children.

Have you had the chance to watch Score yet?
Oh, no. Not yet. I’m hearing wonderful things.

I saw it last year and loved it.
What’s the year that it covers? Is it an overview of a long period of time or is it focused on right now?

I think it was over a long period time because I know they have John Williams in there though archive footage of Jaws and other films from the 1970s and 1980s.
Oh, wow. That’s great. I’ve been having a lot of fun recently —I adore John Williams— looking at more of his scores from before he shot to stardom in the late 1970s. It’s wonderful to see him doing what other people are doing using bass guitar and drum kit. Things that might hear in a lot of different scores. You can still hear that amazing talent and harmonic voice speaking through the sort-of retro element. I think like The Towering Inferno—that sort of thing.

Thanks again for your time.
Great.

IFC Films will open The Death of Stalin in limited US theaters starting on March 9, 2018. A theatrical expansion will follow.