Carrier Command 2 just gets in its own way far too often. 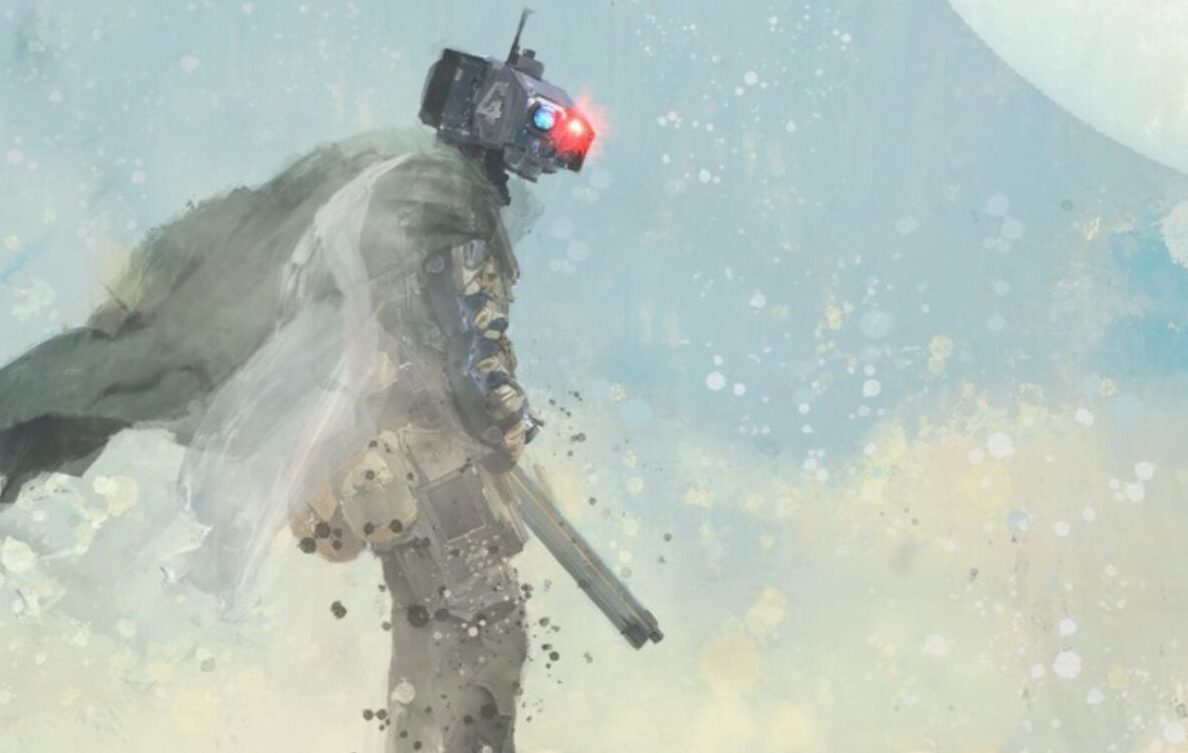 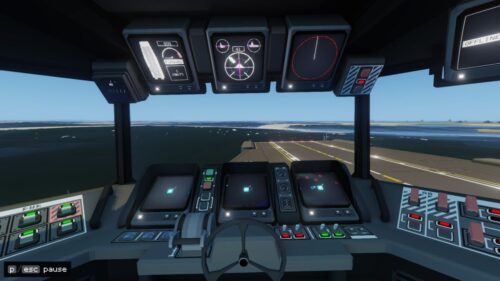 Since its revival in 2019, MicroProse has been back with a vengeance by lining up a slew of innovative and funky strategy and simulation-lite games. Highfleet was a solid return to form for the dormant publisher and showed exactly the required potential for creative game design in the current franchise and license-dominated strategy market. Can Geometa’s Carrier Command 2 bring back good memories of the original, uphold MicroProse’s promising return, and begin a revolution?

In Carrier Command 2, players act as a crew member on a sci-fi assault carrier plotting out courses, launching drones, setting up supply lines, capturing islands, and ultimately facing off against another carrier. The game barely has a narrative, though this neither adds or detracts from the experience, only serving to set the stage for this abstracted sci-fi setting.

Carrier Command 2 also continues MicroProse’s unique brand of introducing a new strategy sub-genre to the market: the diegetic strategy game where players must interact with the physical in-game UI elements designed to simulate the bridge. The benefit of this approach is a greater sense of immersion compared to games with more abstract and functional UI, making this feel novel and fresh.

However, as far as wider presentation goes, Carrier Command 2 is a mixed bag. Graphically, the game uses a voxel approach to evoke the old minimalist pixel art style of the original games, which certainly gives this updated vision of Carrier Command a smoother visual style, but it’s not breathtaking by any means and has plenty of jank, especially when it comes to water. From an audio design standpoint, Carrier Command 2 fares better with impactful weapon effects, satisfying hum of jet engines and whirring propeller blades, and decent, albeit repetitive, setting-appropriate music.

Carrier Command 2 is the most perplexing and lop-sided game I’ve ever reviewed. Conceptually, the game is incredible, ambitious, and innovative with its focus on team-based strategic decision-making and coordinated tactical action, as well as the inclusion of a logistics system and supply lines. There really is no other game out there like this.

From a mechanics standpoint, there is also plenty of content on offer, such as the procedurally-generated map alongside the excellent variety and depth to drone command and customization. Moreover, the potential for light role-playing is also present, given the immersive UI, especially in multiplayer. The simplicity of the premise is also appreciated as it sets the stage and doesn’t get in the way of the action with heavy exposition.

However, the main issues arise from the implementation of Carrier Command’s modes, particularly single-player, drone controls, and the frustrating obtuseness of some of its systems. The developers make it very clear that the game is pretty much meant to be solely played cooperatively and in competitive multiplayer. Yet such a focus on multiplayer and clear lack of attention and refinement to single-player raises serious questions about its inclusion and brings the entire experience down.

The biggest problems of single-player are the game’s terrible pace due to a lack of modern sensibilities, frustratingly tedious controls, and confusing information presentation (the latter issues also translate to multiplayer to a smaller extent). Single-player has two main modes, campaign and custom skirmish, with only the latter allowing for player customization of the game’s scenario parameters. The campaign gives the player the objective to take over as many of the 64 islands as possible and destroy the enemy AI-controlled carrier.

The poor pacing becomes immediately apparent with the overall snail’s pace of the ship and drones (aerial drones don’t suffer from this issue) and absurd distances between islands. There isn’t anything inherently wrong with such features, but in Carrier Command 2 they lead to huge stretches of downtime where players will be sitting around waiting for the next flashpoint or skirmish, making the prospect of playing through a giant campaign an unappealing prospect. When combat does finally begin, it’s undoubtedly fun and engaging with plenty of tension as players can only observe through their ship’s instruments, first-person drone cameras, or the windows of the bridge itself, but these brief periods of fun fail to offset the sheer boredom during periods of downtime.

This leads to the next problem in Carrier Command 2’s single-player, which is a complete lack of quality-of-life and support features to make the mode fun. The most obvious exclusion is a complete lack of a time dilation system, an inexcusable offence for a single-player experience, especially considering that MicroProse’s own recent HighFleet includes it (another diegetic real-time strategy game with a relatively similar structure). In addition, single-player completely lacks any kind of automated systems to make ship command more efficient and to compensate for a lack of crew members.

There’s always a risk that a stylized UI can get in the way in strategy games in particular, and in Carrier Command 2 it severely hampers the single-player experience. Players will have to physically move between stations to access various systems of the ship, which is highly inefficient, tedious, and takes precious attention away from the engaging decision-making. The lack of automated systems or even the option for AI crewmembers to delegate tasks is painfully apparent — Carrier Command 2 can learn a lot from Star Trek: Bridge Commander.

The control tedium only gets worse with the poor presentation of vital information to the player, including the barely sufficient tutorial and unclear manual. The tutorial isn’t nearly as extensive and clear as it needs to be, leaving out critical components like setting supply lines, which will leave many confused and frustrated. It seems the developers themselves knew how low-quality the tutorial is and specifically included a step for players to open the manual, which itself has plenty of unclear or unhelpful information – airlifting units is a headache, no matter what.

Multiplayer is where the game shines as a number of single-player issues disappear altogether or become more annoying than critically frustrating. For example, the grueling pace and lack of automation almost completely disappears if several players are on a team helping each other out and taking different roles on the carrier’s bridge. Additionally, the strategic and tactical potential of multiplayer is way higher than single-player as players can establish up to four teams, each with their own carrier, and engage in tense and chaotic ship-to-ship battles.

Alas, multiplayer still has a few caveats and suffers from its own some serious flaws. Mechanically, it’s obviously easier to control the carrier with a team, but while the ship may be easier to operate, controlling drones, a major part of the game, is as clunky and confusing in multiplayer as it is in single-player, meaning several crew members may become frustrated and ruin the fun.

In addition, there’s an unspoken soft floor to commanding the carrier in that players need at least four crew members to minimize the tedium of control. Two or three is definitely better than commanding solo, but not quite sufficient to cover all vital systems and reduce unnecessary stress, whereas six is ideal with the option of going to 16 people in any given server.

Carrier Command 2 also doesn’t do much to help its niche status and fails to integrate community building tools, as well as critical multiplayer functionality. The game completely lacks a matchmaking or even a public lobby system, instead opting for friend invites, direct IP address connection, or public invite code. Unless a player is already part of a dedicated and interested community, getting into multiplayer may be quite difficult.

Carrier Command 2 is guilty of yet more missed opportunities with its multiplayer when it comes to switching things up. Every team will get the exact same carrier, with the same weapons and same controls, which may lead to repetitive gameplay after a while, but considering all the other issues the game has, this one is the least noticeable.

From a technical standpoint, Carrier Command 2 has a surprisingly extensive options menu, which is certainly nice to have. I did encounter some unexplained frame drops when exiting out of a station, usually from the drone control screen or the viewing scope that would last several seconds, but it didn’t affect the overall experience that much.

Carrier Command 2 is incredibly generous with its spec requirements, so even players with a relatively old system should be able to run the game without much issue. I also didn’t encounter any crashes nor any major bugs, aside from airlifted ground vehicles phasing through the ship’s hull when delivered to the carrier. Granted, drone controls are so clunky, inefficient, and poorly explained that it’s possible that some drone orders might’ve been buggy or technically unresponsive.

Carrier Command 2 is quite the odd game as it undoubtedly has ambition, and the concepts that it brings to the table are fresh, interesting, and potentially revolutionary due to the focus on team-based strategy. However, its systems feel unrefined and archaic in places, which severely hurt its lofty goals.

The game ends up feeling like one of those really impressive interactive simulators in a museum that’s been ported over to PC rather than something fully-fledged that takes advantage of the platform. It’s tough to recommend Carrier Command 2 to anyone unless they can regularly organize teams of 4-8 players, as the single-player simply isn’t enough to carry the game through a multitude of frustrations. 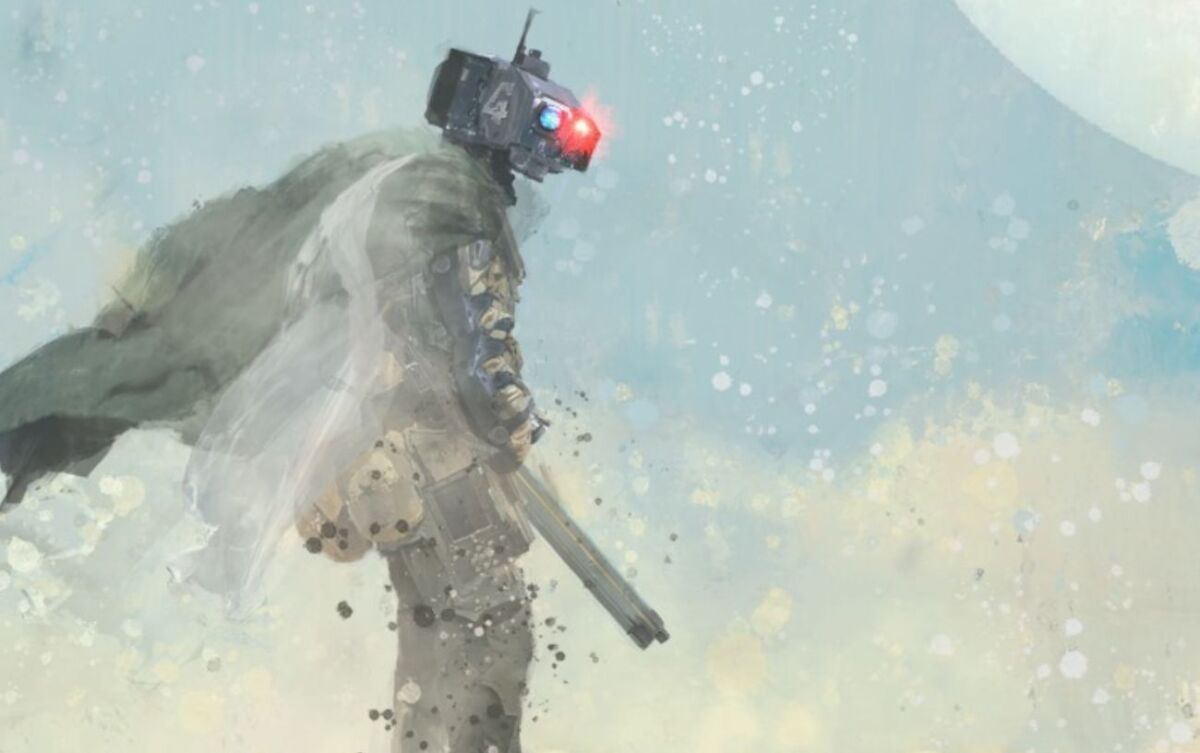 Verdict
Instead of ushering in a revolution for the strategy genre, Carrier Command 2 ends up feeling more like a prototype that needed extra time in development.
5.5
Cultured Vultures is a pop culture website established in 2013 covering all things gaming, movies, and more. We eat your words.
All The News On The Biggest Games