The acting is the biggest letdown in this one. 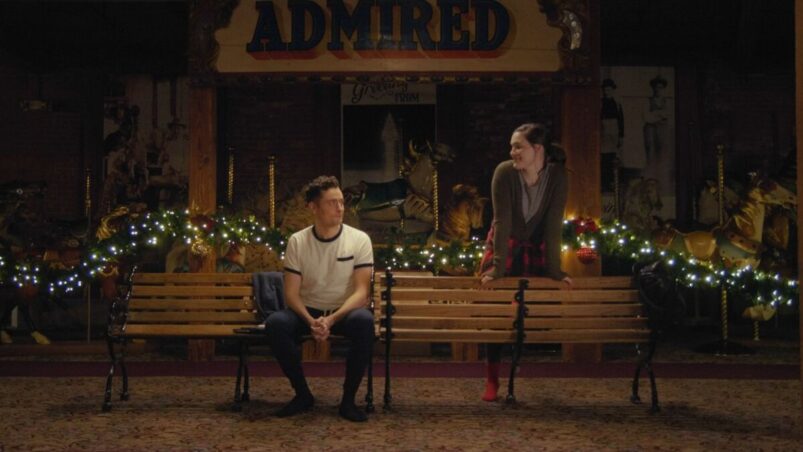 Christmas on the Carousel

Christmas movie in October? Also, Christmas movie helmed by a director who usually does horror? Colour me intrigued. Then I watched the film, and it was quite the disappointment. It’s a shame really, as the film does have a lot of things going for it, but alas, not all the ingredients are of the same quality.

Christmas on the Carousel is centred on Greyson (Erik Bloomquist, who also writes and directs) and his three friends Sloane (Madeleine Dauer), Henry (Taylor Turner, who has writing credits on this) and Callie (Rachel Oremland), who have all know each other since grade school. Despite going their separate ways for college, they make it a point to all meet up again during the holidays. As the main character, Greyson is, well, pretty grey. His character is bland and uninteresting, and it doesn’t help that Bloomquist can’t quite master the timing of his dialogue.

Every time a character is supposed to interrupt him, Bloomquist slows down in anticipation of that, which ruins the authenticity of the conversation. He’s not the only one, others have this issue too, but he’s the most obvious since he’s the protagonist. The script is also too verbose, and you can see some characters visibly stumble over the language, like it’s a hurdles race and they are trying to get to the finish line.

In a Christmas romance, the main essence of the narrative is the acting and the characters. The plot is never that intricate, so the credibility of the romantic leads contribute much heft to the proceedings. Bloomquist and Dauer have barely any sizzle together, and because of the film’s runtime – which is barely over an hour – we escalate to conflict mere moments after the peak romantic moment, which doesn’t make sense. Turner’s Henry is my favourite character though. The actor is so charismatic, and he does pretty well on both the comedic and dramatic fronts. I can’t wait to check out his performance in Night at the Eagle Inn, which is another Bloomquist film that’s releasing soon.

What I did enjoy is the film’s setting. The direction taken is certainly different, as Bloomquist brings such a melancholy usually absent from these cheerful Christmas offerings. There are frequent shots of Greyson alone, surrounded by snow and a morose air, as well as frequent still shots of solitary trees and branches. Bloomquist also chooses to use gloomy versions of cheerful Christmas songs, and all this comes together to flesh out how lonely Greyson is, and his sorrow because of Sloane’s relocation.

The choice of the carousel as the main set is an inspired one, since a carousel brings about a sense of nostalgia, yet no one uses it anymore. Times are changing, so maybe it’s only natural that people move away and relationships end.

Christmas on the Carousel doesn’t try to do the cliched thing, with big romantic declarations or plans haphazardly abandoned to chase love. Sometimes all it takes in love is to acknowledge that it’s there, no ghosting or shying away.

With different leads and a bigger budget, this could have been quite a solid Christmas flick. Unfortunately, it feels half-baked as it stands now. 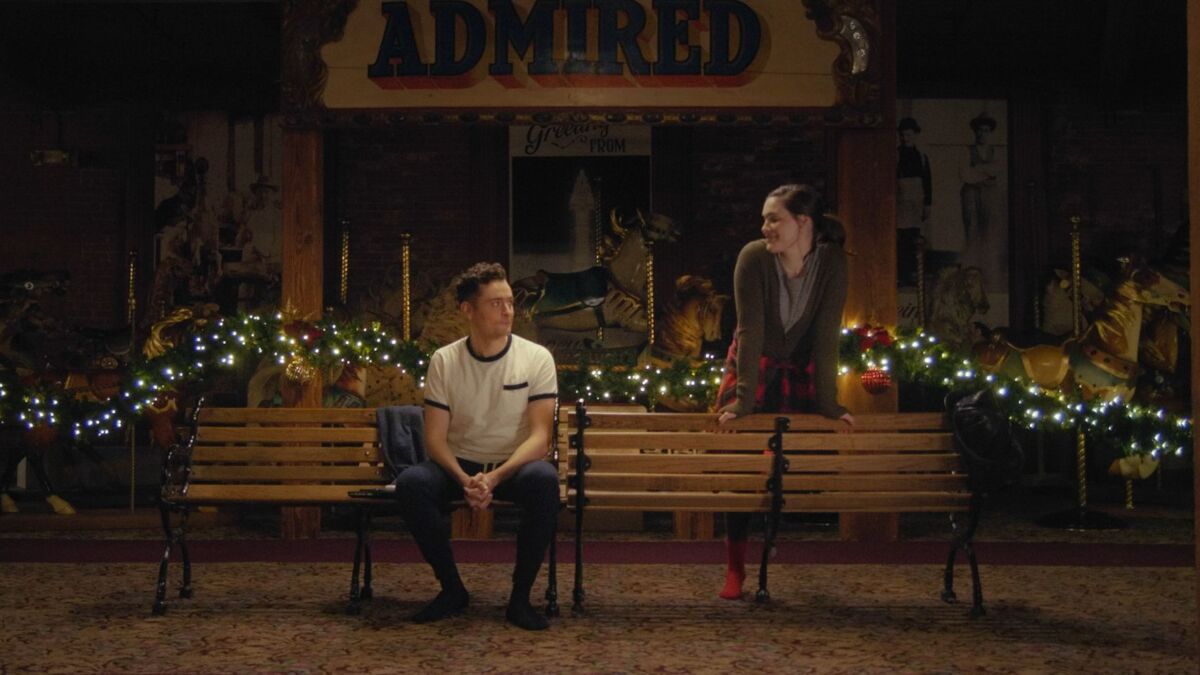 Verdict
I am not adverse to a melancholic Christmas movie, but the acting and romantic spaces need to be credible too, and Christmas on the Carousel just doesn't deliver on those fronts.
5
Cultured Vultures is a pop culture website established in 2013 covering all things gaming, movies, and more. We eat your words.
All The News On The Biggest Games