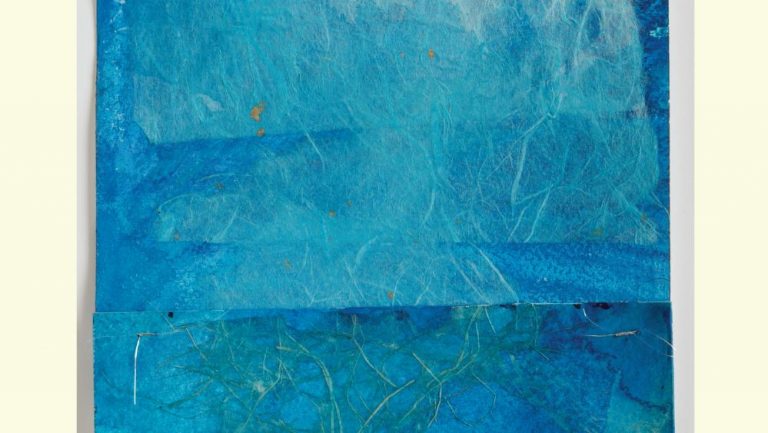 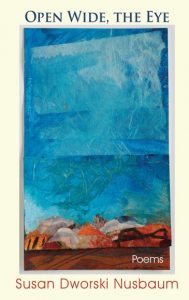 Ever read something and thought, “I wish I could do that”? Because that was exactly my reaction to reading some of the descriptions in Susan Dworski Nusbaum’s poetry book, Open Wide, The Eye.

Open Wide the Eye, is a collection of poetry, that explores the beauty and uniqueness of moments as well as memories and curious incidents.

They say writers are artists and that really shines through in Susan Dworski Nusbaum’s writing. I should imagine there are many artists out there, who would pay a great deal, if only they could paint some of the pictures in Susan Dworski Nusbaum’s mind. Some of the beautiful images trapped within these pages could fill galleries and captivate masses.

Her poems paint pictures of moments and views, many of us wouldn’t even stop to appreciate or think to remember. She also covers memories and significant moments such as: motherhood, family, friendship, loss and much much more, while simultaneously painting pictures so captivatingly detailed, I found myself lost in the world she was trying to create.

This is a beautiful book, and one I highly recommend. I could talk about all these poems, but we’d be here all day, so I’ve just picked out 3 that stood out for me.

“As the slit on the horizon clicks open,
morning pours in to fill the space, sweeps into the impatient day swelling it with sunlight diffused across the broad angles of red rooftops on Chapin Parkway,
images rising on silvery paper slowly burning-in at the edges,
every view awash with shiny particles spilling into corners,”

Susan Dworski Nusbaum paints a beautiful picture of a street at dawn that is quite impressive, before focussing in on smaller objects, such as a man taking food from a rubbish bin. It’s scenes like this, that make Susan Dworski’s poetry stand apart from other scenic poetry, through their mix of pure beauty and quirkiness. I was mesmerised by dawn, while amused by the quaint goings on on the street, which is a strange yet compelling combination.

“I can almost hear the music through the bones of my fingers as I try to make sense of it, fragments splintering across the keyboard assembling whole in my inner ear flawless from memory.”

It’s only natural, that a writer with a talent for capturing moments and weaving them in to beautiful words, can do a spectacular job at writing about the act of writing. She does not disappoint, using her beautiful imagery to remind us of the magic of writing.

My only regret, is that she does not spend more time on the subject of writing. I know writers writing about writing, can come across as a bit cliche, but with Susan Dworski Nusbaum’s ability with imagery, I feel it’s a subject she could bring some refreshing life to.

“She looks up briefly, round face darkened by crescent bruises under both eyes,”

What made this poem stand out to me, was the way in which the poet saw something in a girl that everyone else overlooked.

In this poem, the poet goes to have her feet done. The girl is chatting away while she works, but the poet hints at some subtle signs that the girl is being abused. When the girl then disappears, the poet gives speculation to where she could be, while the shop where she had worked, are dismissive of her. It’s a sad poem, yet it’s also positive, that in capturing moments, Susan Dworski Nusbaum has taken time to remember moments most people would choose to forget.