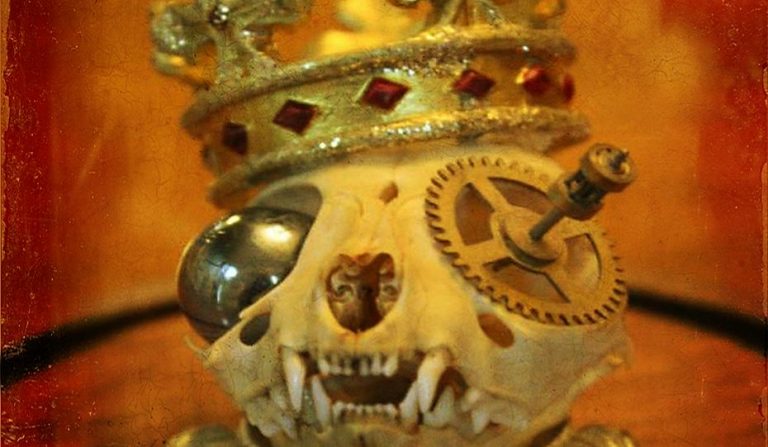 In Anamakee, Garret Schuelke’s aimless hero, Floyd Spicer, returns to his hometown of Alpena, Michigan, after bombing out of college. Taking place between the final weeks of October and the beginning of November, Anamakee follows Floyd’s depressing home and social life, his nerve-racking job at the local linen service, and his schooling at Alpena Community College. Anamakee will be published by Riot Forge in January 2016. 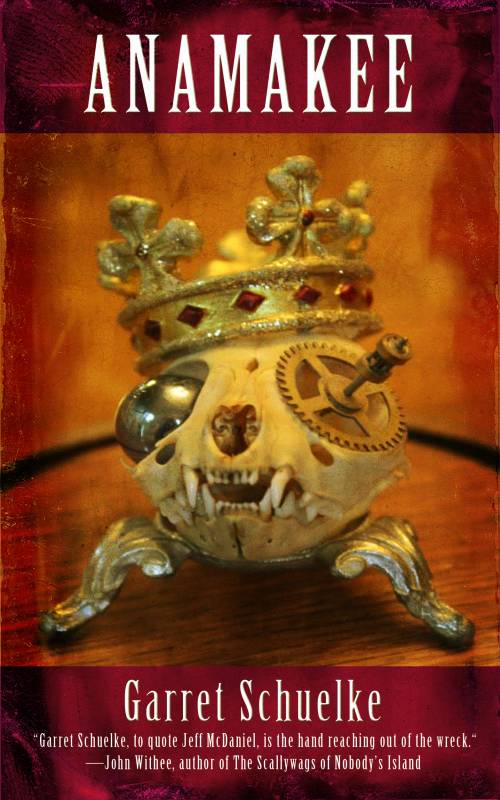 Floyd sneezed into his sleeve.
He wiped, sucked up the snot, and spitted it out the blind window.
He went back to reading the same issue of Hustler from the early nineties that had been in there since he was a kid.
He once again read the letters section, the interview with Yasser Arafat, the mediocre horror/erotic short story, and examined the personals.
He put the magazine down.
He leaned back in the office chair and looked at the termite-damaged ceiling.
His foot accidently bumped the heater.
Floyd looked at the magazine rack.
It contained two old and ragged copies of Penthouse and Easyriders.
He sat up and looked out the window.
Down in the clearing, to his left, he saw a doe staring at him.
Floyd stiffened and held his breath, looking directly at the deer.
After a few seconds, he exhaled, relaxed his body, and blinked a few times.
The doe continued to stare at him.
Floyd grabbed his rifle and cradled it on his lap.
The doe resumed feeding.
Floyd inched up to the window.
The doe started moving.
Floyd froze until it stopped to feed again.
He took a deep breath, counted to three, and slowly placed the barrel on the window sill.
The doe looked up, and went back to feeding.
Floyd aimed the scope until all he saw was brown fur.
He tried to relax.
He breathed deeply.
When he exhaled, the scope started shaking again.
The doe moved.
Floyd took the shot.
The scope hit his eye.
He looked up and saw the doe running away.
Floyd smacked the counter.
He placed the gun back down, and leaned back in the chair.

Floyd let out two shots.
The deer turned back and ran the way it came.
He shook his head and growled as he watched it disappear.
He closed the windows, turned off the heater, stuffed the three empty shell casings into his pocket, locked up the blind, and went down to the clearing.
He scanned the ground with his flashlight.
He walked onto the trail where the last deer passed by.
He didn’t find any blood.
Floyd went back into the clearing.
He discovered a red spot on top of a beat.
He scanned the rest of the area and found more blood on top of the snow.
The followed the trail the spots made into the swamp area near Will’s blind.
He heard thrashing.
He pointed his flashlight at the direction of the sound.
A deer’s head appeared for an instant in front of a tree.
He shined the flashlight at its base.
The deer went wild.
Floyd recognized it as the doe he thought he missed.
He stepped closer.
The doe grunted and wheezed.
It attempted to heave itself foreword.
It fell down and smashed its head on a root.
Floyd paced, muttering “Fuck”.
The doe started thrashing about again.
He looked around until he saw a downed branch.
He placed the flashlight on it, and adjusted the light onto the doe.
He unstrapped his rifle and walked up to it.
“God, I’m sorry,” Floyd said, aiming at the area of fur that was red.
He breathed deeply, closed his eyes, and pulled the trigger.
The doe screeched.
It kicked Floyd in the shin.
Floyd back off and watched it freak out.
Floyd swallowed, slung his rifle over his shoulder, grabbed his flashlight, and walked away.