What BoJack Horseman Teaches Us About Complexity

Nobody's perfect, but the sad horse show demonstrates this in a way a lot of television doesn't. 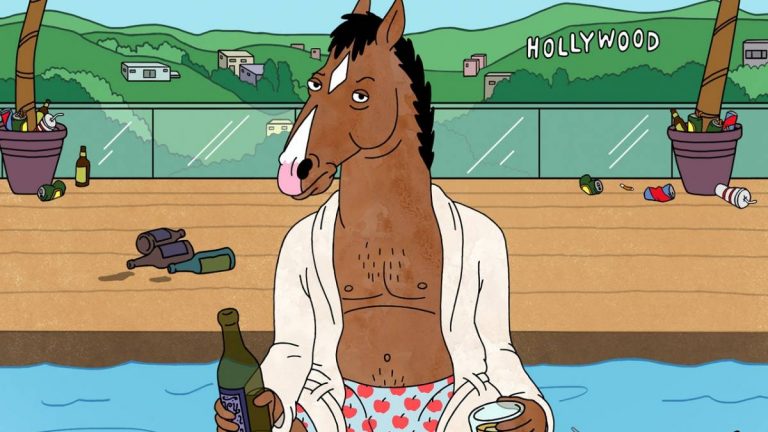 If BoJack Horseman was a character in any other show, he would be a villain. He is the abusive boyfriend, the toxic friend, the one who uses his hurt as a way to hurt others – which does not mean he isn’t the villain in his own story.

The brilliance in BoJack Horseman, both show and character, is showing us that it is possible to understand him, feel empathy for him, and even to love him without thinking any of his actions are okay. BoJack has committed huge mistakes – from almost having sex with a vulnerable minor to choking his ex-girlfriend in a psychotic episode – and no one can say he is a good person. BoJack has, though, between his mental illness, drug addiction and horribly abusive parents, great reasons for being that way, but if his mother’s depressing life doesn’t excuse the way she treated her son, his problems don’t excuse the way he treats everyone else.

There are enough sob stories in BoJack’s life to write a book about, but the show has repeatedly addressed, through all characters, but especially by Todd in season 3, that abusive parents and addictions are no excuse for hurting and damaging people, and feeling bad about it doesn’t make it right. After that speech, the friendship between Todd and BoJack ended, and without being belittled at every opportunity, Todd has only grown within himself – from accepting his asexuality to having an important job, even if only to discover that it doesn’t suit him, Todd is learning in a way he wasn’t allowed to under BoJack’s shadow.

While the distance between Princess Carolyn and BoJack isn’t as wide, not having him as a boyfriend allowed her to finally pursue and accomplish the dream of being a mother. In the very first episode, she accuses BoJack of not taking her seriously enough to have children with, and after giving up on BoJack on that front, Princess Carolyn not only became a mother, she also learned she didn’t need anyone else to do that – while also putting out fires for the other characters as usual.

So, is everyone just better off without BoJack in their lives? Maybe, but that’s not how love or friendship work.

Diane is the one who knows best how toxic BoJack is and just how much he is hurting all the time. They are as capable of challenging each other into growing as they are of tearing each other apart and they know each other more than anyone else. Diane, who’s been given more than enough reasons to give up on BoJack, is the one who still insists he can be good. Diane doesn’t hold her best friend to the same standard she holds celebrities she doesn’t know personally, like Vance Waggoner, probably because she has seen BoJack genuinely ashamed and remorseful, and she loves him – still, she realises the only way BoJack can be different than someone like Vance is if he makes the effort to, and guilt doesn’t count as effort.

This is less reflective of BoJack’s ability to change than it is of Diane’s own philosophy in life – she doesn’t believe in good people, so BoJack isn’t a good person because he doesn’t do good things, and that can always change. In fact, Diane knows enough about BoJack to understand that, even though his failures are way bigger, BoJack is also aware of his issues in a way Mr. Peanutbutter isn’t. By the end of season 5, BoJack finally came to a point in which he decided to try to change in a concrete way, by entering rehab, while Mr. Peanutbutter decided to make the same mistake one more time and propose to Pickles.

None of this is to say that BoJack trying to change and entering rehab instantly absolves him of his errors, especially because we’ve seen him trying before and it didn’t stick. BoJack’s attempts don’t unchoke Gina, don’t unhurt Princess Carolyn or Todd or Penny, don’t resurrect Sarah Lynn. Diane knows that, too, she learns BoJack is not better than someone like Vance, and that there is nothing BoJack can do to erase the pain he caused. No one owes anyone forgiveness, the only person who is sure to benefit from BoJack not using drugs is BoJack himself, and if that benefit spreads to the other people in his life, then it still doesn’t right his wrongs, but it’s a step in the right direction.

The characters in BoJack Horseman can’t be summarized by words like good or bad, neither can any of us. The only thing that can be accomplished by refusing to accept the complexity in our nature is the damage in our capacity for empathy, for change and for love. We, as a society and as individuals, make huge mistakes, but we are still deserving of love and empathy, and even if we’re not owed forgiveness, there’s still the chance we’ll get it if we try hard enough.

Of course, each case is different, and we shouldn’t treat James Gunn’s tweets from a decade ago the same way we treat Harvey Weinstein’s dozens of sexual assaults: we can’t treat all offenses as equivalent, we should allow people the space to grow without simply letting them off the hook without facing consequences – but it’s a tough balance. In the age of social media and cancel culture, opinions are often black and white. People make mistakes and the only two acceptable responses seem to be marking that person as a garbage human being undeserving of love who should just die already, or otherwise declaring that what was said was not wrong at all, and in fact that person needs an award for being brave enough to say what we were all thinking in the first place. It’s a dangerous way to live, and it erases something very intrinsically human – we are very complex, and we are made of grey areas.

BoJack Horseman is a series that denies the black and white approach and accepts people as huge grey areas, capable of anything and everything under the right circumstances. It shouldn’t be a controversial stand, art is supposed to imitate life, and, like life, the show doesn’t provide easy answers to any of these matters, instead focusing on the questions, which is all any of us can do. As far removed from the better parts of our humanity as we are, a deeply flawed and similarly removed main character might just be our best chance of reconnection.