Blood of Zeus: Season 2 – Everything You Should Know

The creators say five more seasons are already drafted out, yet there's no sign of the second one's release date 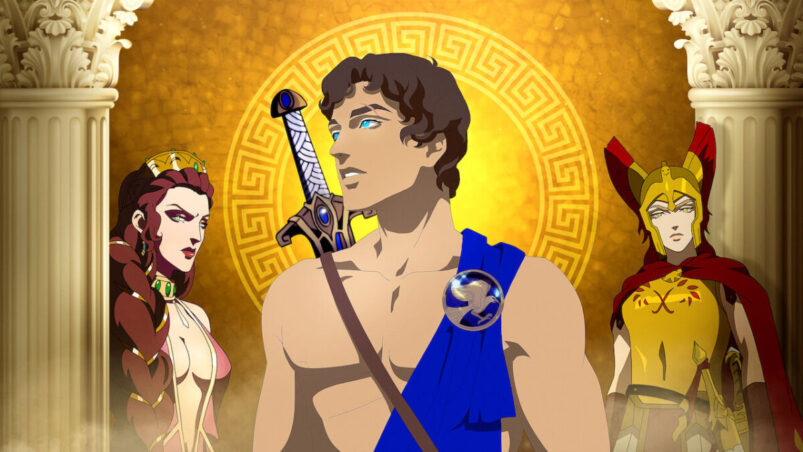 It’s been over two years since Blood of Zeus: Season 2 was officially confirmed, but oddly enough Netflix hasn’t brought it up again since then. The likely cause might be because Powerhouse Animation, the studio behind the show, was busy working on other originals such as Masters of the Universe: Revelation.

Currently, the studio is in the process of making Castlevania: Nocturne, but needless to say they’ve had a lot of time, so Blood of Zeus: Season 2 shouldn’t be all that far out now even though there’s been no update to its progress. Here’s everything you ought to know about Blood of Zeus: Season 2, including a potential release window and where you can watch it.

When Is Blood of Zeus: Season 2 Coming Out?

Netflix hasn’t confirmed a release date for Blood of Zeus: Season 2. It’s strange that two years after the announcement that a release window isn’t available. However, because it has been so long since the renewal, we’re sure that the anime will return sometime in 2023.

Powerhouse’s Castlevania: Nocturne is expected to arrive in 2023, and if that happens to be the case, Blood of Zeus: Season 2’s debut shouldn’t be that far away either.

What Is Blood of Zeus: Season 2 About? (Spoiler Alert)

This may be hard to believe, but the creators of the show said they have enough of a story outlined that it could possibly span 5 seasons, although it’s still Netflix’s decision in the end. Specifically for Blood of Zeus: Season 2, there’s no synopsis as it’s a completely original show.

To be frank, there are a few things we can already see coming. Seraphim’s now serving Hades apparently, and it looks like Hades is the big bad of the next season. Hera’s fate will be intriguing to watch as there’s practically no reason for her to live since Zeus is dead, or maybe he isn’t, you never know. Heron should end up becoming the next ruler of Olympus, and maybe that’s where Hades steps in to claim the throne, but well, let’s see what unravels between the gods.

Which Studio Is Making Blood of Zeus: Season 2?

The animation of the first season was easy on the eyes, and at times, it got violent and bloody really fast. The regular mix of different tones of visuals contributed greatly to the show’s popularity, and thankfully, the same’s the case once again since Powerhouse Animation Studios will be producing Blood of Zeus: Season 2 too.

This isn’t the first time we’ve seen the stunning works of Powerhouse actually. Castlevania‘s a Netflix anime that is acclaimed for its gorgeous animation, surprisingly, it also is a Powerhouse production, so no complaints there.

Where Will Blood of Zeus: Season 2 Be Aired?

Blood of Zeus: Season 2 will be streaming exclusively on Netflix upon release. Among other shows like Dota: Dragon’s Blood, Castlevania, and Love, Death & Robots, Blood of Zeus too is a Netflix original series, so unfortunately I doubt it’ll ever arrive on any other services such as Crunchyroll and Amazon Prime.

Late would be an understatement for the show’s return. The anticipation has definitely fallen a bit because it’s taken this long, nevertheless, Blood of Zeus has had a spectacular run so far, and as it hasn’t disappointed yet, fans should be willing to let this one slide.