Black Widow's a decent action film, but it comes a little too late. 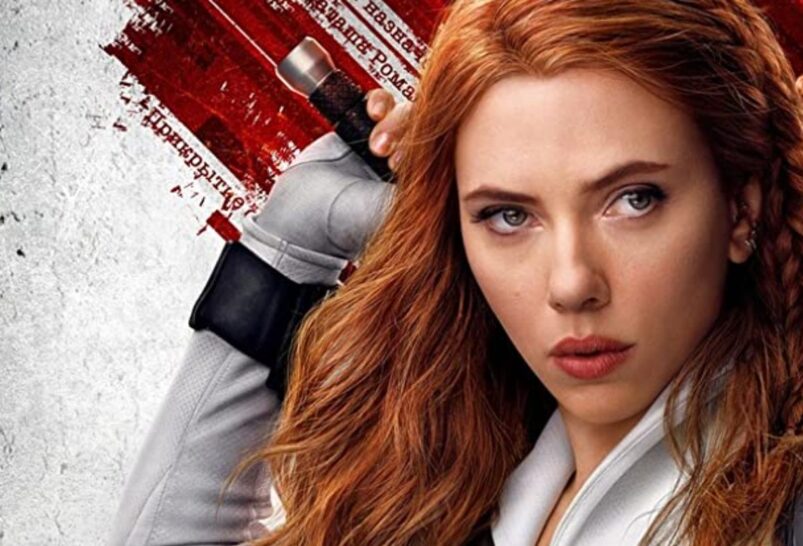 Too little, too late. The phrase must have occurred to many after the release of Marvel’s much awaited Black Widow. To be fair, the film came into existence with several difficult boxes to check, and does a decent job with most of them. Tony Stark, Steve Rogers and Thor Odinson have each received three solo films so far (although Civil War was more of another Avengers film), and a movie focusing on the first female Avenger has been long overdue.

Moreover, Black Widow is the first Marvel movie to hit the big screens after a two-year hiatus, and fans have been chomping at the bit. Scarlett Johnasson has also spoken out about how Black Widow is the MCU’s ‘#MeToo Movie’, and how she wanted the film to comment on “this incredible movement of women supporting other women, and coming through these shared experiences of trauma on the other side by really coming forward and supporting one another.” To add to these already weighty responsibilities was the biggest checkbox of all – to give Natasha Romanoff a deserving sendoff in what is most probably her last appearance in the Marvel Cinematic Universe.

The plot follows Natasha and her journey with her families – both her found family (the Avengers) and her childhood one – as she plans to take down the infamous Red Room once and for all. The film begins with a tense, suspenseful fifteen minutes, giving us a glimpse into what an actual Black Widow prequel could have looked like. David Harbour and Rachel Weisz play Alexei and Melina, top Russian agents deep undercover in Ohio, à la The Americans. Alexei, Melina, Natasha and her ‘sister’ Yelena make up the perfect suburban family, till they have to flee back to base after their mission and break up their idyllic family act.

One thing about the film is that it does not waste time at all. We’re almost immediately thrown straight into the action (with a capital A) with every plotline, be it escaping from Ohio, Yelena’s defection from the Widows, or the sisters’ eventual reunion. In fact, the first hour is mostly just Natasha and Yelena fighting separately, fighting each other, or fighting trained killers together at different locations – but hey, nobody’s complaining.

Scarlett Johansson and Florence Pugh make a delightful, extremely believable sister duo, trading barbs and emotional moments with equal sincerity. It is always a treat to see Natasha take down baddies, and the Taskmaster is an exceptional, if underused canvas to showcase her skills one last time. David Harbour is the comic relief as the bumbling Red Guardian, hung up on his once glorious past and repeatedly failing to actualize his paternal instincts. Rachel Weisz is an elegant foil as the brains of the operation, and it’s strangely heartwarming to see her execute Natasha’s signature ‘flying scissor move’ to perfection. She got it from her mom, y’all.

On the other hand, Ray Winstone is rather cartoonish as the film’s antagonist Dreykov, which is in part due to the writing. Because the film began development as early as 2010, it’s a sometimes clunky blend of Marvel’s classic but clearly dated tropes with their more recent discussions of contemporary issues. Dreykov is from the pre-Phase 4 era of the MCU, a one-note villain with a trained killer army in the sky and dialogues that really hammer home how despicable he is.

Writer Jac Schaeffer (WandaVision) does manage to bring up several points about choices, consent, and a dark joke about the forced sterilization of the Widows. However, the emphasis on how ‘pain makes you stronger’ feels dangerously close to a romanticization of emotional pain, and feels off in a movie that deals with trauma inflicted on hundreds of young women by a power crazed male.

Johansson brings the same steely vulnerability to Natasha as she has in all her performances since first portraying the character. It’s rather satisfying to see how far she has come beyond being a trained killer, and Scarlett Johansson can hold her head high about her role in bringing Natasha to life. That being said, Florence Pugh is the clear standout of the film. A heady mix of deadpan insults, quiet emotion and ruthless badassery, Pugh’s Yelena is an excellent successor to Natasha, presumably as part of the Young Avengers.

It is, of course, unfair to place any sort of blame on Florence Pugh for giving a stellar performance. Unfortunately, the side-effect of Pugh’s star turn is that along with all its other responsibilities, the movie now takes on the role of introducing Yelena to the MCU as well. As a result, Natasha has to share her deserved spotlight, which meant that there were times when the film seemed more like “Origins: The Yelena Belova Story (ft. Natasha Romanoff)”.

Natasha’s death in Avengers: Endgame resulted in Marvel writing themselves into somewhat of a corner, because this dramatically shrunk the timeline where they could fit in a standalone Black Widow movie without rewriting canon. The creators’ decision to bypass the ‘cliche prequel’ route is understandable, but placing Black Widow right after Captain America: Civil War also led to a considerable lowering of the stakes in this film.

We know Natasha makes it out alive for Infinity War and beyond, and barring one scene, the events in the film change nothing in the overall direction of the MCU either. If standalone films decide to look back instead of forward, they thrive when they are exploring questions that audiences have wondered about over the years. How did Natasha make it out of the Red Room? How did she meet Clint Barton? What missions did she carry out for S.H.I.E.L.D. before Iron Man 2? Audiences already know that the fallout from Civil War got resolved later, so it is likely that any of the above questions weighed more on their minds than ‘what did Natasha get up to after the Sokovia Accords went to pieces?’

This is not to say that Black Widow is a bad film. Objectively, the Bourne-type stunts, the high-octane action, and the awkwardly lovable family dynamics at its heart make it an entertaining watch and a decent addition to the MCU blockbuster repertoire. Ultimately, it simply had too much to do. I think the film would have been perfect as Black Widow 2, the sequel to a first standalone movie that would have explored her past and growth even further. With the knowledge that we may never see Natasha Romanoff again, however, I’m afraid it just was not enough. Maybe nothing would be. 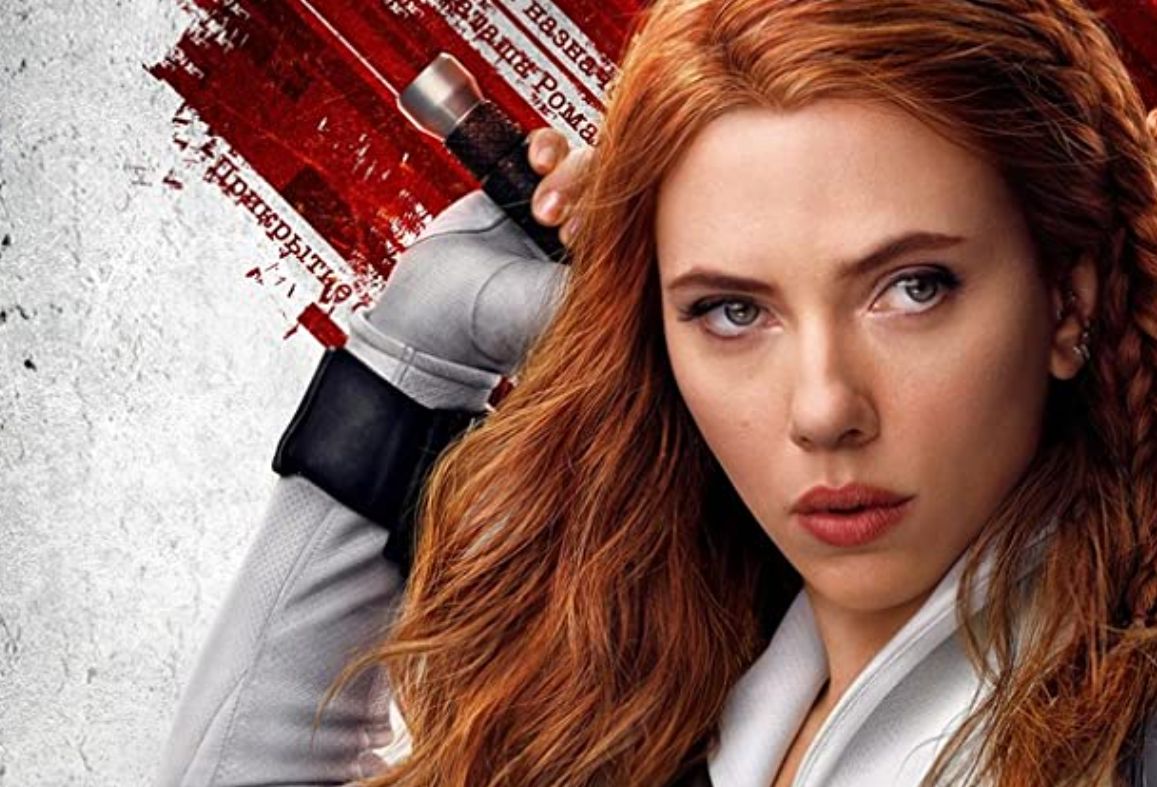 Verdict
Black Widow is a well intentioned standalone film that does more to highlight Florence Pugh’s star quality than serve as a fitting farewell to Marvel’s first female Avenger.
7
Cultured Vultures is a pop culture website established in 2013 covering all things gaming, movies, and more. We eat your words.
All The News On The Biggest Games