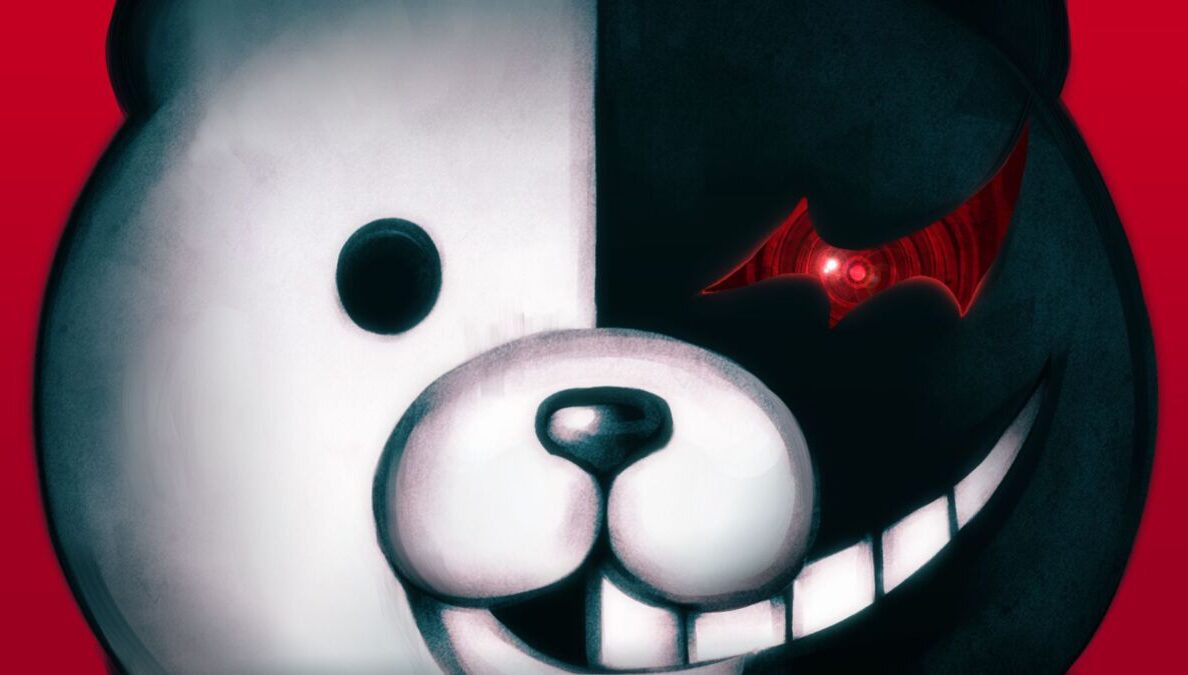 Sony’s last portable console, the PlayStation Vita, had a rough life. It falls between the gap in power promised by full-fat consoles and the easy lure of mobile gaming. Yet, even approaching 10 years since launch, the Vita remains much loved by gamers thanks to a library of quirky and horrific games, mostly from Japan, that could unnerve even the hardiest of western players.

Let’s take a dive into the jump scares from the best Vita horror games that are best experienced in the dark, under the duvet with the headphones turned up loud, face inches from the gore dripping down the Vita’s bright OLED screen, something that big-screen gaming can never replicate.

A visual novel not too dissimilar in concept to many Japanese horror movies (and their western remakes), the titular Death Mark appears on a few unfortunate people, almost resembling a dog bite. Those afflicted with it will soon meet a terrible end, so the story goes.

One such would-be victim arrives at the impressive Kujou Mansion where, rumor has it, protection from the mark can be found. He soon finds others with the Mark and they team up to investigate its source in an increasingly desperate race to figure out a way to cancel the terminal effect.

Your torch helps identify areas of interest in each scene and there’s the usual adventure click-and-collect-and-interact method of solving puzzles. While Death Mark may be slow-paced, it ramps up the dread and fear factor with disturbing visuals, and a series of grotesque, if nonsensical deaths. You’ll never look at Miracle-Gro in the same way again.

Taking a break from attempting to shock and out-gore the competition, NIS’s Yomawari heads off into almost-cutesy territory with its pixel graphical style, featuring a cute little but unnamed girl with a red bow in her hair.

She draws us into a charming world, looking for her dog and big sister on a journey that rapidly diverts into an unsettling adventure, through the woods and the ill-lit streets of nocturnal smalltown Japan.

When the monsters come out, she has to avoid or distract them to solve the big mystery while learning the hard way about mortality and loss. Yomawari (and its sequel Yomawari: Midnight Shadows) are survival horror games with an emphasis on survival, as the girls can only hide or avoid the terrors in the dark. A narrowing line indicates how close they are to being discovered, but it is easy to run into more danger than safety.

The power of the Vita helped move the Blood Drive series into 3D, with a fresh new look and an updated adventure in the popular series of mystery novels. This time, there’s more of an RPG feel to proceedings, moving beyond its visual novel origins.

Corpse Party’s main character is cute little Ayumi Shinozaki, who hopes to revive her friends who died in an earlier Corpse Party store, Book of Shadows, which is set in the Heavenly Host Elementary School. Like Yomawari, there’s lots of flashlight-based exploration in a dark and dingy mansion, with every new area revealing something unnerving or shocking.

With 27 endings in total, there are plenty of puzzles to solve and traps to avoid in each chapter, with you desperately trying to get some joy in one of Blood Drive’s few good endings. But the game can all too easily conclude in a typically grim wrong ending, causing you to retrace your steps or dive for a save game point.

NightCry is a point and click 3D adventure set on a cruise liner, one where the heroes are being stalked by the Scissorwalker as the dark plot takes plenty of twists and turns.

In between dodging that malevolent grooming accessory, there’s a murder mystery to solve across branching storylines with lots of running away (without getting exhausted) and hiding required to avoid the unkillable nemesis.

All the way through the adventure, while dodging and getting rid of other dread creatures, the audio design does a great job of cranking up the tension, well ahead of the rather creaky visuals. And with plenty of nods to the horror genre, from one overly glam heroine to the many familiar hiding places this is a good story, if not exactly a best fit on the Vita and its aging hardware.

You can play the original PSone Silent Hill on the Vita thanks to its backward compatibility, but for something more modern, Konami tried to vary the formula with a game that’s part Diablo with a strong dungeon-crawling vibe. Many of Silent Hill’s monsters are present in the metallic, wooden, cave or gore-themed levels, but as an early Vita title, it doesn’t look particularly stunning.

Played mainly from an overhead perspective, rather than set the scene in the town or a conventional locale, Book of Memories is broken down into zones, with a series of collectibles needed to open the next area, and a store to stock up on health and weapons.

How the player progresses affects the ending, with five main conclusions to discover. Multiplayer is also an option if endless whacking monsters solo gets a bit boring, which is one of the limitations of this diversion from the main series that’s depressingly light on shocks, apart from a few big set-pieces.

The Vita has a library full of dungeon RPGs, but Mary Skelter does enough to be different, with a mythical jail full of nightmarish versions of fairytale characters (yet wildly different to Soul Sacrifice). There’s the usual party-based adventure, skills and classes, and plenty of turn-based combat with a blood-licking transform system.

The party is the Blood Team, seeking to rescue inmates who were tortured day in and day out, where all dreams, hopes, peace, and humanity had been lost for as long as the people could remember.

With the blood powers charging their weapons, character transformations and providing health, Mary Skelter adds some gory (if pink) visual style, looking more Victorian than the typical JRPG dungeons. The 3D monsters look good and the levels packed with nightmares charge along at a fair pace, unlike some trudging examples of the genre.

Toward the end of its days, the Vita got a lot of indie game support and Distraint is one of the more disturbing adventure efforts to grace the small screen.

As a junior worker helping to foreclose on people’s homes, bobbly-headed anti-hero Mr. Price must visit the poor unfortunates and solve the mysteries that haunt the homeowners.

Distraint’s strength is using lighting and audio to deliver a weird and unsettling vibe, building a sense of dread, with surreal and abstract visions to disrupt the relatively simple adventure. From shadows at the windows to screeching creatures passing in the foreground, it builds up to scenes of madness in this compact and claustrophobic tale.

Perhaps one of the finest visual novel murder mysteries, and one of the best Vita horror games, Zero Escape: Virtue’s Last Reward raises digital storytelling to a high art. Nine people are drugged and wake up to experience the Nonary Game, choosing to ally or betray each other to stay alive.

The game is a sequel and part of a trilogy, but is probably the high point, mixing narrative and puzzle-solving elements with stylish cartoon art and plenty of different outcomes and endings depending on who you decide to trust, or not.

With a fairly deep plot and plenty of twists, Zero Escape isn’t gory but can drag your soul through great pain trying to get to a good ending and uncovering the deeper mysteries within as the characters come to life before stabbing you in the back.

When Capcom took the Monster Hunter license to Nintendo as an exclusive, Sony was desperate for some hunting-themed games to fill in the gap. Soul Sacrifice broke away from the usual fare offered by Freedom Wars, God Eater and Toukiden with some liberal takes on classic fairytale characters and a lot of gore.

Inspired by a skin-bound talking, grumpy book, the player escapes the prison of a sorcerer and must fight to freedom by defeating giant disfigured legends like Jack Frost, Kraken, Werewolves and many others.

Sacrificing or saving the souls of the vanquished minions alters your character’s complexion with a massive range of spells and offerings that add depth to the basic arena brawler gameplay.

If you want to play the game at its best, get the updated Soul Sacrifice Delta version that is more refined and features the likes of Cinderella and Little Red Riding Hood envisaged as you’ve never seen before – unless you have really weird dreams.

Danganronpa should probably translate as “let’s murder the crap out of people”, but it really means “bullet rebuttal.” That’s a key part of the gameplay mechanic for criminal trials where a disparate group of elite students at Hopes Peak Academy try to pin murders on the guilty party while avoiding the finger of incrimination themselves to survive a horrific series of trials.

All of this murderous intent and evidence-finding gameplay is ring-mastered by a cute yet psychotic bear, Monokuma, and his family of automatons. When a murder is committed, you have to find the evidence and then present it at the trial, which culminates in a brutal ending for the guilty party.

The trials and action scenes help lift this above visual novel fodder, with the brutality mimicking the likes of Battle Royale where fighting for your life can lead to all kinds of gruesome ends, which is okay as long as they happen to other people. Each character has depth with some strong egos and plenty of quirks that might act as clues, or lead to a shattering betrayal. The original was definitely one of the best Vita horror games and the series remains very popular as a result, spawning two direct sequels and off-shoot games, now available on other formats.