15 Best Disaster Movies You Should Watch

"The extreme! IT'S THE EXTREME!" 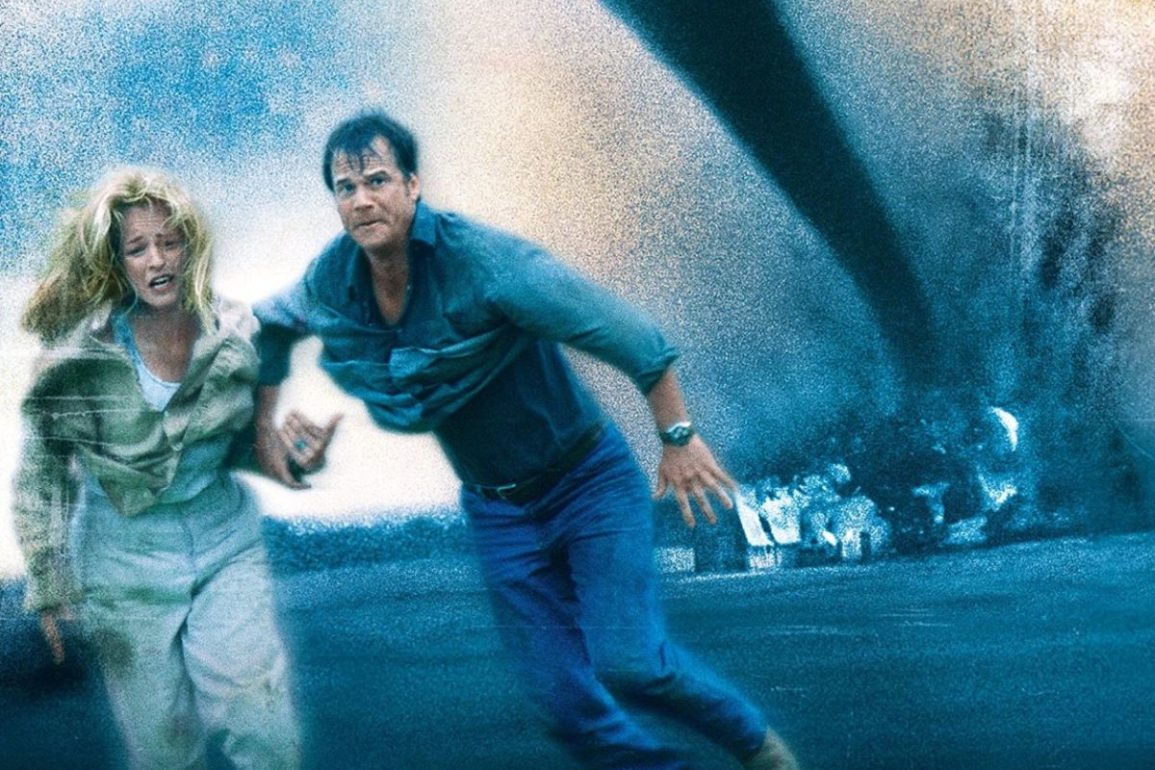 What defines a disaster movie? Believe it or not, the genre covers a vast spectrum of movies, from those featuring the power of Mother Nature to persistent alien invaders. A disaster movie can be about a viral outbreak or a rampaging monster. Some may even say some of the best zombie movies are disaster movies, but we’ll leave those to their own genre.

As you’ll find with the following list of the best disaster movies, the focus can be small in scale or span the entire world, but there is always one constant – there is a lot of death and destruction. Looking back from the dawn of cinema to our golden age of high-quality special effects, it’s not easy to pinpoint the best of the disaster movie genre; but we did it.

This eclectic mix of movies drives home the reality that the word “disaster” casts a broad net that can integrate horror, thrills, and action into one heart-pounding movie. 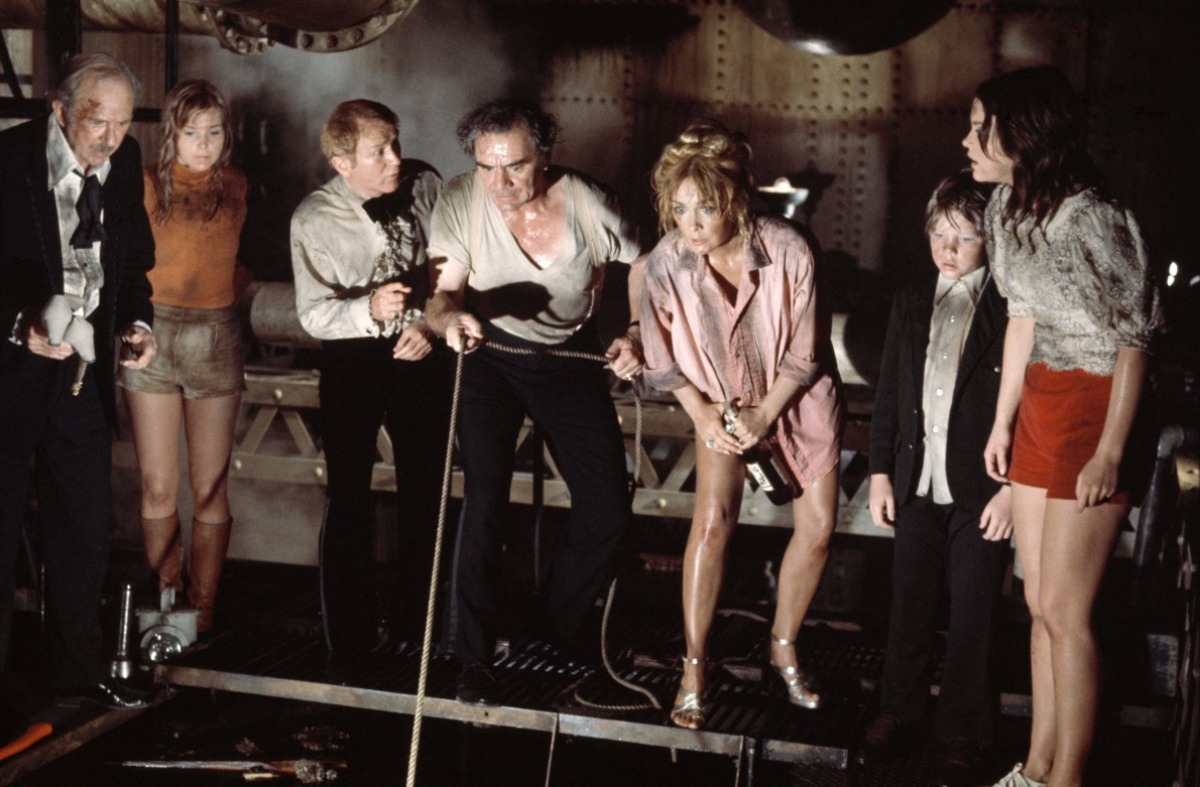 A star-studded cast featuring Gene Hackman, Ernest Borgnine, Leslie Nielsen, Stella Stevens, Shelley Winters, Red Buttons, and Roddy McDowall released during a time when disasters were plastered all over the silver screen. Right in the middle of the release of Airport, Earthquake, and The Towering Inferno, the SS Poseidon embarked on her final voyage. Under the force of a devastating tsunami, she’s overturned, forcing survivors to trek through flooding compartments to flee to safety.

The Poseidon Adventure went on to win two Oscars, a Golden Globe, and a BAFTA Award. For the 1970s, Ronald Neame’s underwater disaster film was an impressive feat that used the interior of the famed RMS Queen Mary to create parts of a luxury liner.

Independence Day hasn’t aged all that well and is very-much-so layered with the stink of 90s cinema cheese, but it’s the disaster movie we still turn to when we need a good dose of explosions and destruction. The leveling of the White House and the fireballs coursing through the streets of New York are still iconic cinematic moments that, despite their age, still look phenomenal.

When you get around Independence Day’s more outdated scenes, you’re left with a very quotable movie that thrives off of its strong cast, unique alien invaders, unforgettable explosive effects, and the undying patriotism that flows through Americans every Fourth of July. 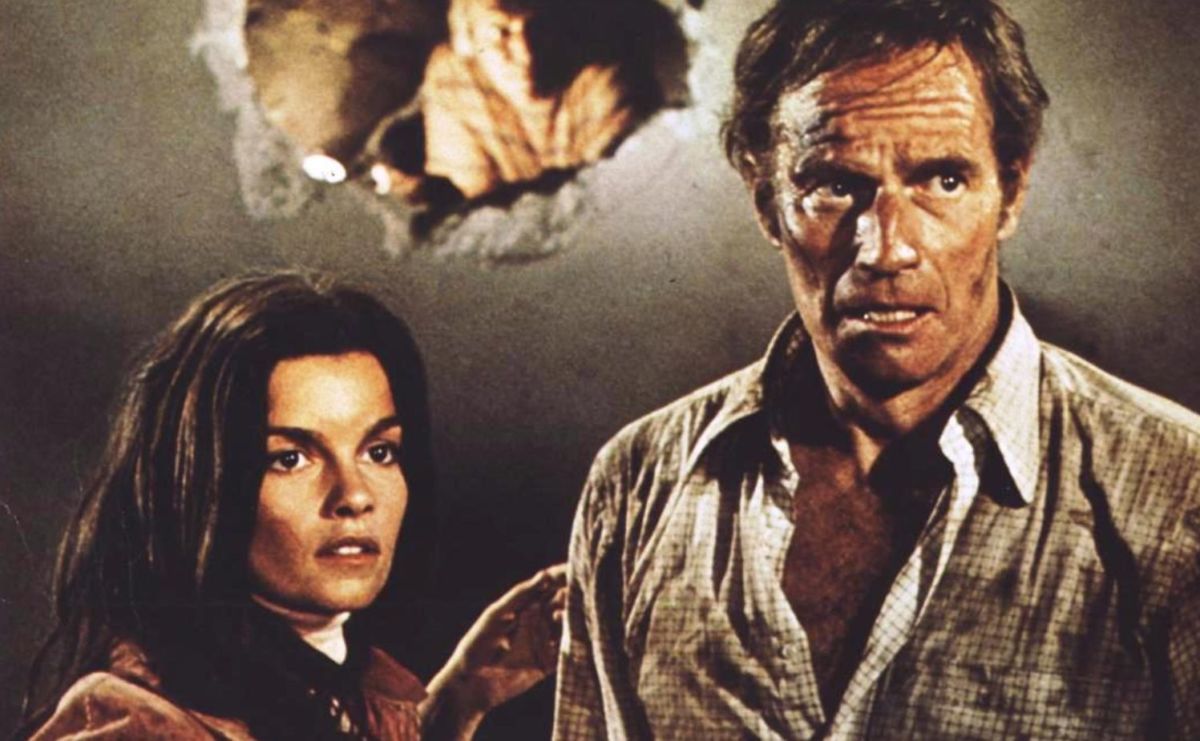 Long before Anne Heche and Tommy Lee Jones battled a volcano in the middle of Los Angeles, the streets of the City of Angels were crumbling apart in the aftermath of a massive earthquake.

Playing off of a very real fear that an earthquake will be the end of the Californian metropolis, Mark Robson uses everything at his disposal to create a believable and hopeless situation.

The best way to have seen Earthquake was upon its original release. To amplify the experience for viewers, Universal’s sound department created “Sensurround,” a surround-sound system that helped draw the audience into the movie with 120 decibel sound waves.

Earthquake earned four Academy Award and two Golden Globe nominations and went on to inspire the “Earthquake: The Big One” ride at Universal Studios Orlando and Hollywood. 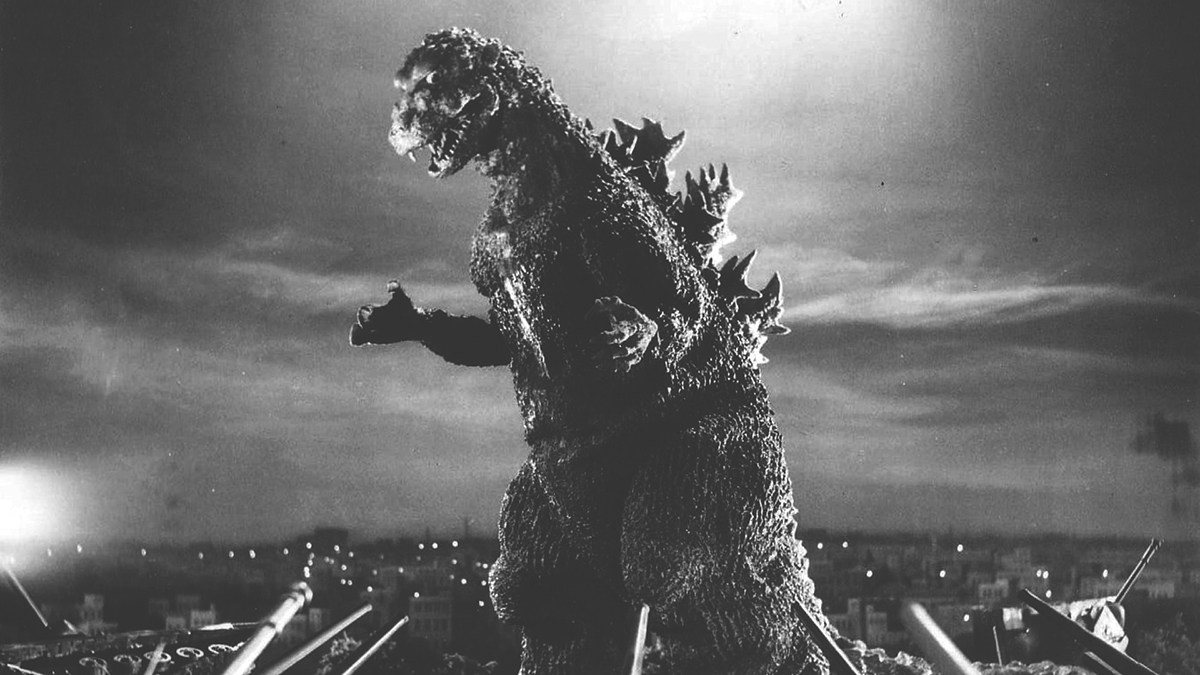 The movie that started a legacy. Godzilla (or Gojira if you’re a purist) isn’t some special effects romp where a CGI monster trashes realistic cities, and yet it’s more effective than many modern disaster movies.

Causing the destruction across Japan is the infamous rubber-suit kaiju, created through nuclear weapons testing. In fact, Godzilla isn’t even really about the monster. It’s an allegory for atomic weapons, which saw their rise at the end of World War II.

Unlike future movies in the franchise, Godzilla doesn’t thrive on campiness and focuses on the horrors of a towering monster (or nuclear weapons) leveling major Japanese cities. 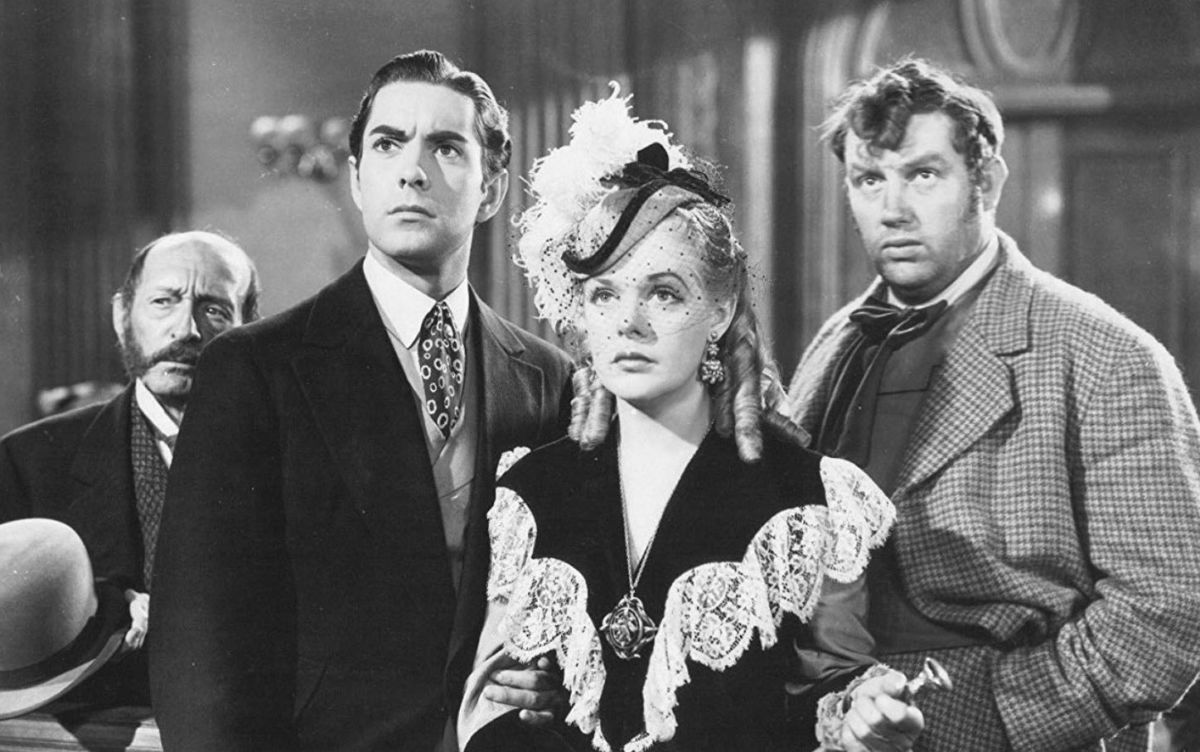 The Great Chicago Fire of 1871 inspired this 1930s disaster-drama from Henry King. Starring Zorro himself, Tyrone Power, In Old Chicago is less about surviving the fire and deals more with framing the mysterious cause. By the final act, Chicago is ablaze and chaos ensues.

On a budget of $2.5 million (more than $34 million today), King recreates the inferno that swept across Chicago in a stunning display that likely wowed audiences. While the movie is more drama than disaster flick, the outbreak of the fire that swept the Windy City changes the tone enough to cross genres. 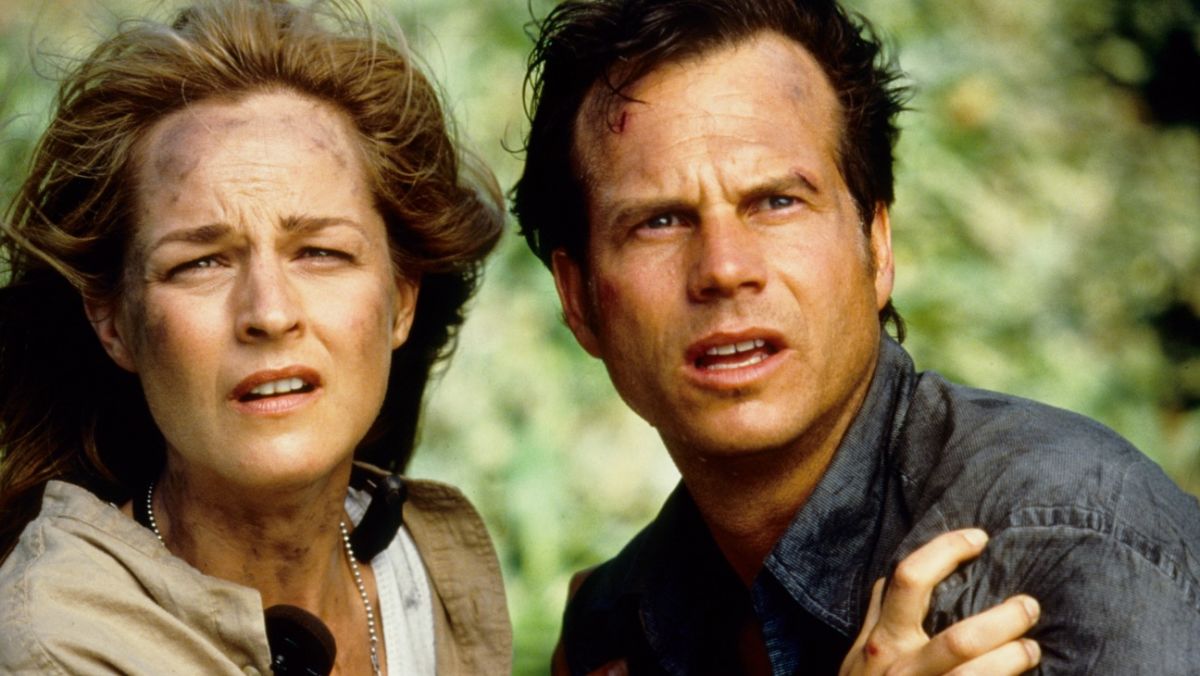 The Extreme! During the mid-1990s, Hollywood was on a tornado kick thanks to Jan de Bont’s Twister, starring Helen Hunt and Bill Paxton. Using a mix of practical and stunning visual effects, de Bont thrusts the audience into the middle of a devastating force of Mother Nature, tossing cows, film reels, and wind chimes left and right.

Twister is a well-acted, fun Hollywood blockbuster that still holds up well today thanks to a script written by Michael Crichton and Anne-Marie Martin. Though the inclusion of a villain beyond Mother Nature certainly is cheesy, nobody is going to complain about a little Cary Elwes on their screen. 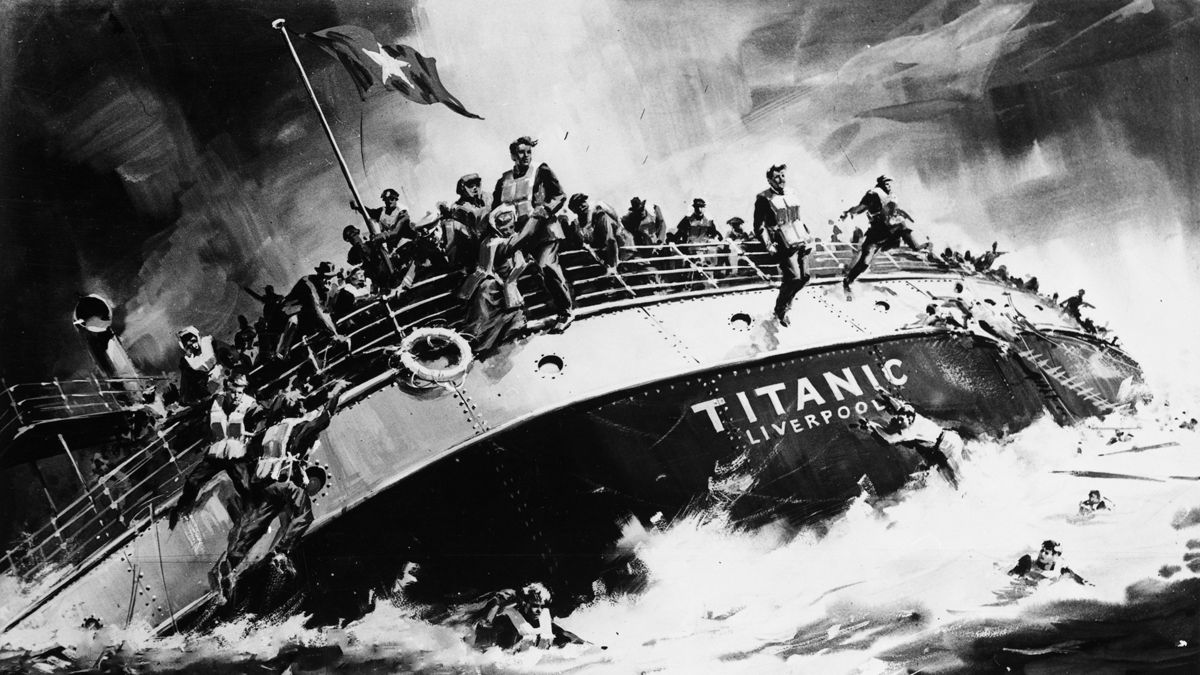 Before there was James Cameron’s Titanic, Roy Ward Baker took on the sinking of the unsinkable liner in A Night to Remember. Without the visual effects of the 90s, Baker’s version is forced to utilize practical effects that make the sinking of the ship even more horrifying to watch.

There is drama interwoven into Baker’s vision, but the movie is very-much-so about the ill-fated RMS Titanic. It only takes 30 minutes for the iceberg to hit, leaving the rest of the movie to be devoted to the devastation aboard the ship.

Kenneth More and Christina Lubicz lead a mostly likable and relatable cast that you start rooting for as the luxury liner sinks and passengers erupt into a frenzied panic. 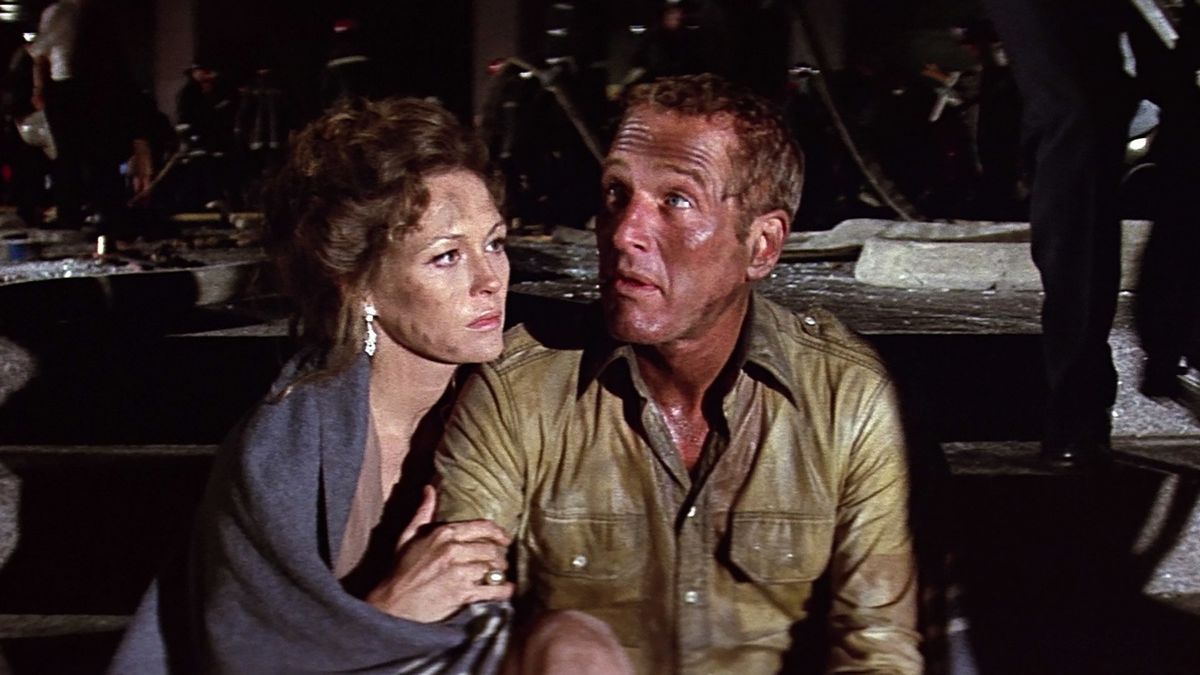 If we’re discussing disaster movies, you know there is no leaving out The Towering Inferno. It wasn’t the first of the genre and was far from the last, but it’s an Academy Award-winning classic that fans of disaster movies must see.

Like The Poseidon Adventure, The Towering Inferno benefits from an incredible cast that includes Paul Newman, Steve McQueen, Faye Dunaway, Fred Astaire, Robert Wagner, and Susan Blakely. So many more stars and starlets are caught within the fiery Glass Tower, which is ripe with explosive fireballs and death-defying feats. The Towering Inferno is a cinematic classic that earned more than 20 nominations across four award societies. 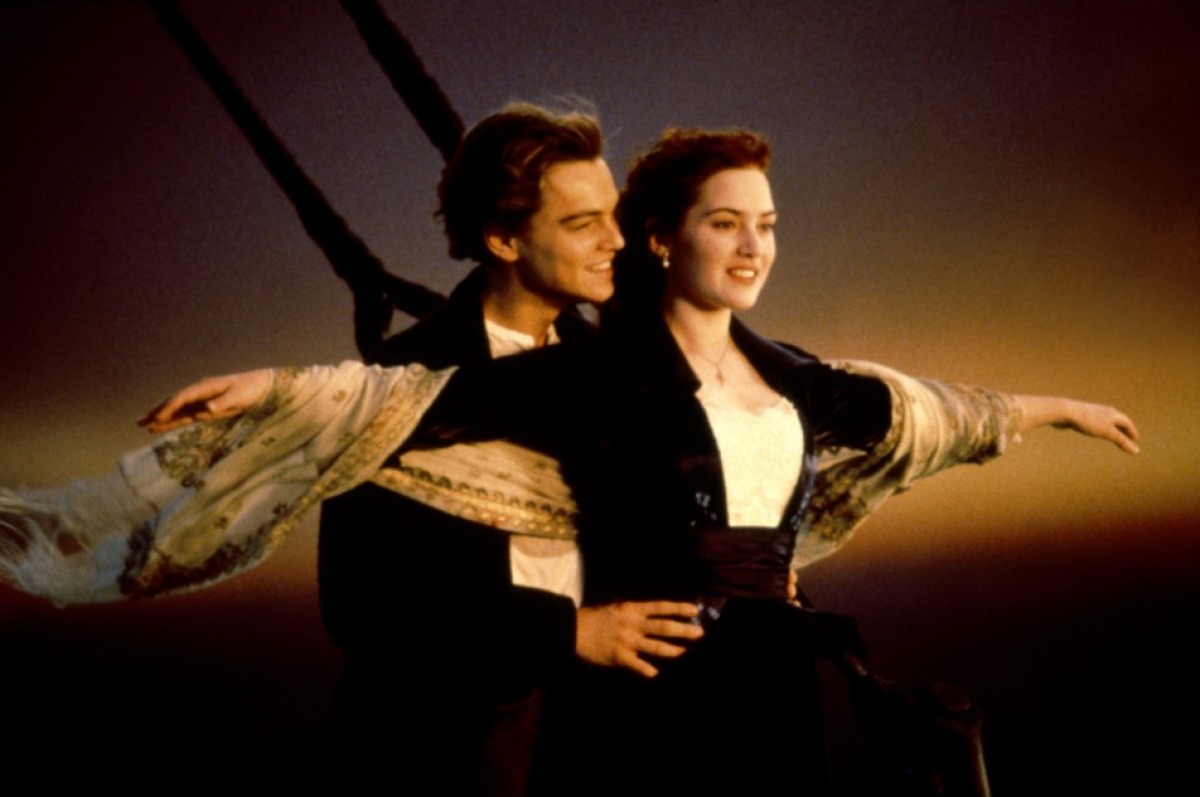 Two movies about the RMS Titanic on one list? It must have been one of the greatest disasters in history or something.

While the sinking of the passenger liner was a disaster, the 1997 drama-disaster-romance by James Cameron wasn’t. The relationship between Jack Dawson (Leonardo DiCaprio) and Rose DeWitt Bukater (Kate Winslet) is at the center of Titanic, but the movie is still about the unsinkable vessel. Trouble looms as we’re lost in young love until the inevitable happens.
Thanks to late-90s technology, we’re treated to a horrifying display of people plummeting into the freezing waters of the Atlantic.

Like A Night to Remember, Titanic does a great job of showing the loss of humanity as people grow desperate to secure their own survival. For Titanic, Cameron created two very different movies and fused them into one $200 million emotional rollercoaster. 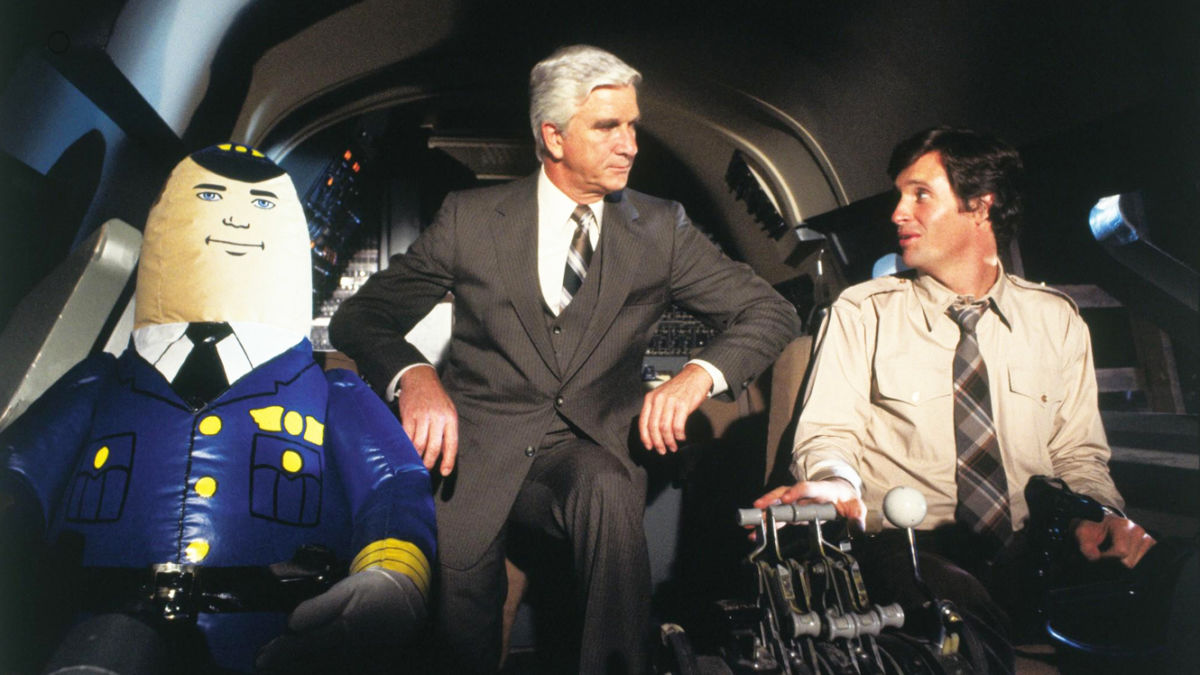 Though you may raise an eyebrow at this choice, there is no denying that, underneath the ample satire, Airplane! is a disaster film.

The comedy of Airplane! isn’t subtle, from Ted Striker’s “drinking problem” to “Otto” the inflatable co-pilot, but it all adds to the movie’s charm. It’s a ridiculous take on the staple disaster film, but one that easily surpasses many of the more serious movies. 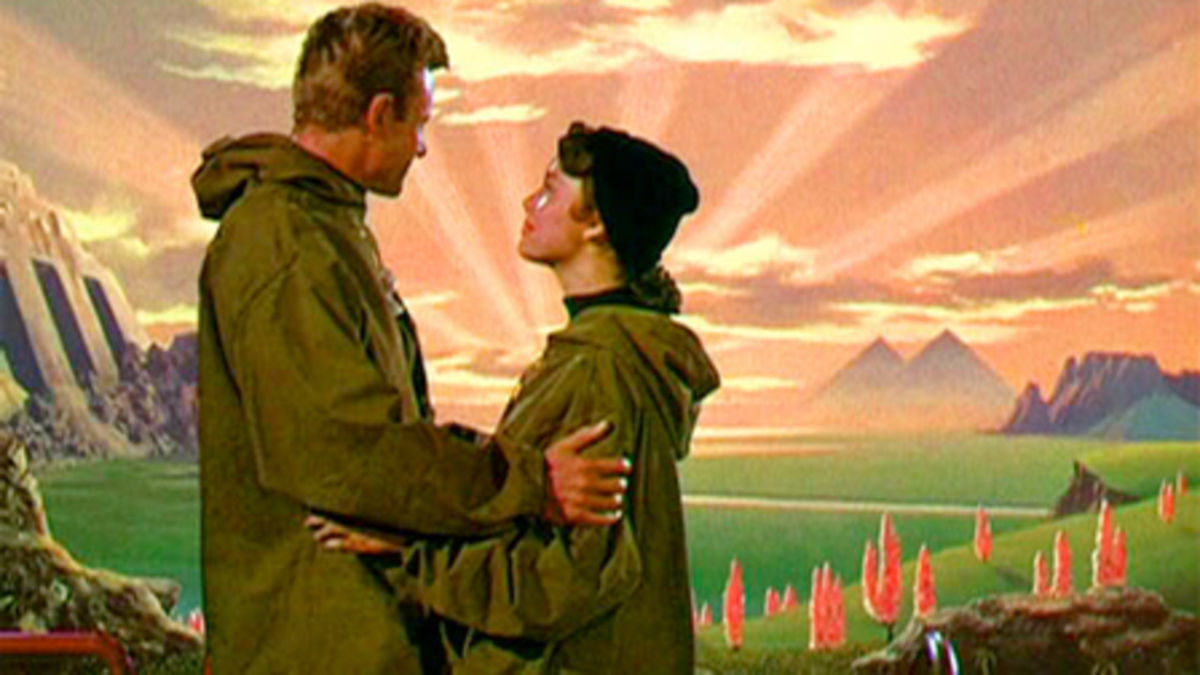 Special effects still had a long way to go by the 1950s, but that didn’t stop people like Rudolph Mate from tackling effects-heavy films like When Worlds Collide.

For its time, the sci-fi disaster flick was considered remarkable, having earned an Academy Award for special effects. Even today, the destruction caused by planet Zyra’s close approach of Earth is a marvel to watch unfold.

While fun to sit through thanks to Paramount’s effects department, When Worlds Collide is enjoyable on many levels. 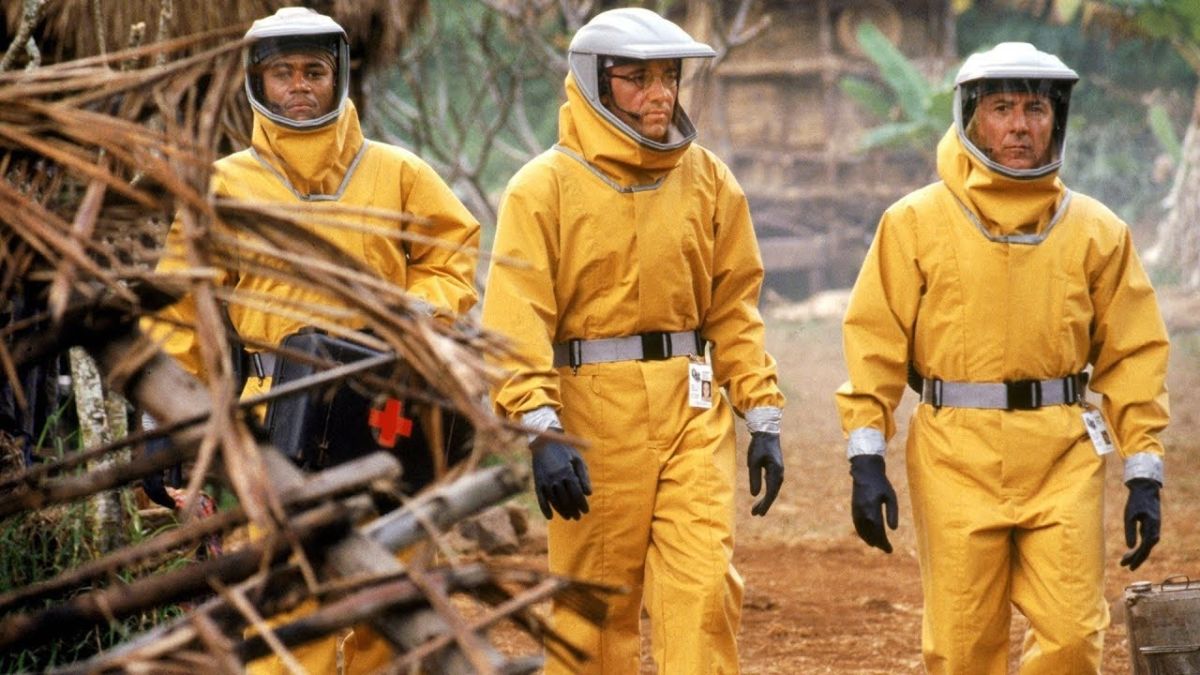 Ever wonder why monkeys get such a bad rap? It’s not because of the outbreak caused in 28 Days Later. It’s due to the outbreak in 1995’s Outbreak, starring Dustin Hoffman, Rene Russo, Morgan Freeman, Donald Sutherland, and Cuba Gooding, Jr.

When the Motaba virus finds its way into the U.S. via Betsy the monkey, disaster spreads across the small coastal village of Cedar Creek. Outbreak is heavy on the drama, but as with any good medical disaster flick, plenty of people fall ill and succumb to the deadly virus.

Wolfgang Petersen directs a pretty solid disaster-drama that plays on the fear of widespread contamination of a deadly virus. Released in 1995, Outbreak is relevant today thanks to recent events like the media-induced panic over Ebola.

Wait. Monkeys do get a bad rap, right? 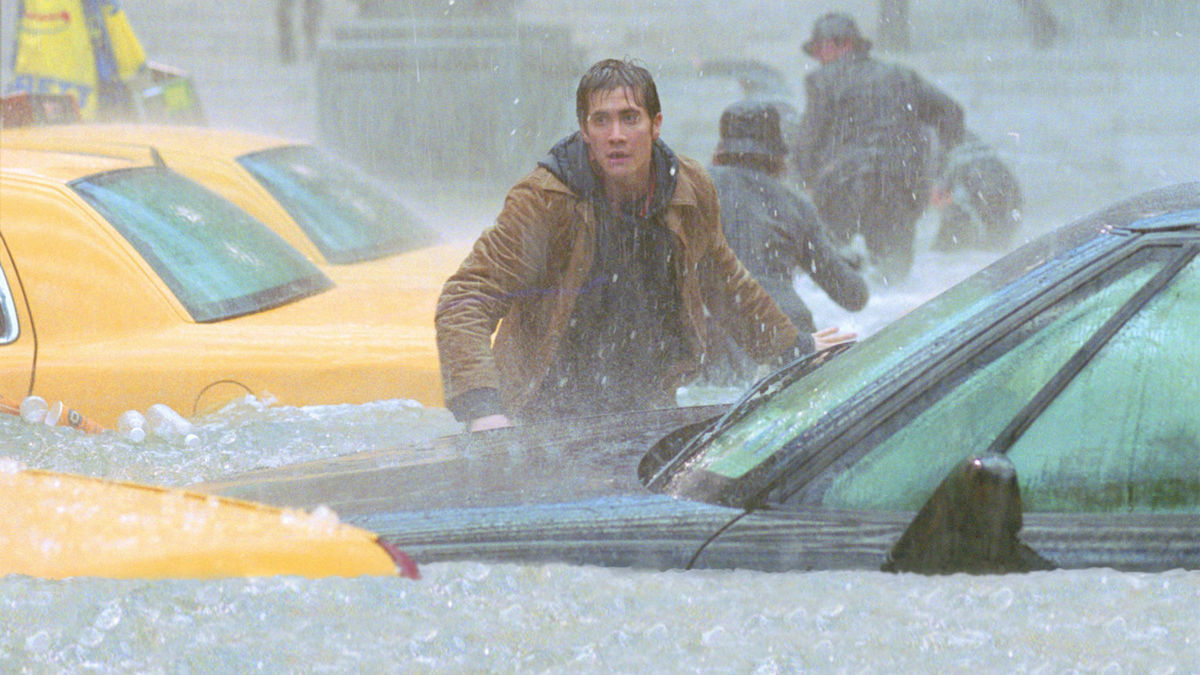 There are movies we watch because they’re genuinely well-directed with a solid script and likable cast. Others attract us with big-budget special effects. Roland Emmerich’s The Day After Tomorrow may have drawn audiences in with its promise of awesome effects, but the cast of Dennis Quaid, Jake Gyllenhaal, Sela Ward, and Emmy Rossum find a way to turn what should have been an otherwise empty visual feast into a movie that tugs at your heartstrings.

The Day After Tomorrow follows several survivors as they battle the elements in the wake of a massive superstorm that brings freezing temperatures, rampant tornadoes, deadly hail, and more across the globe. There is no denying that the effects shine in this meteorological disaster flick, but the story is sure to surprise and draw you in. 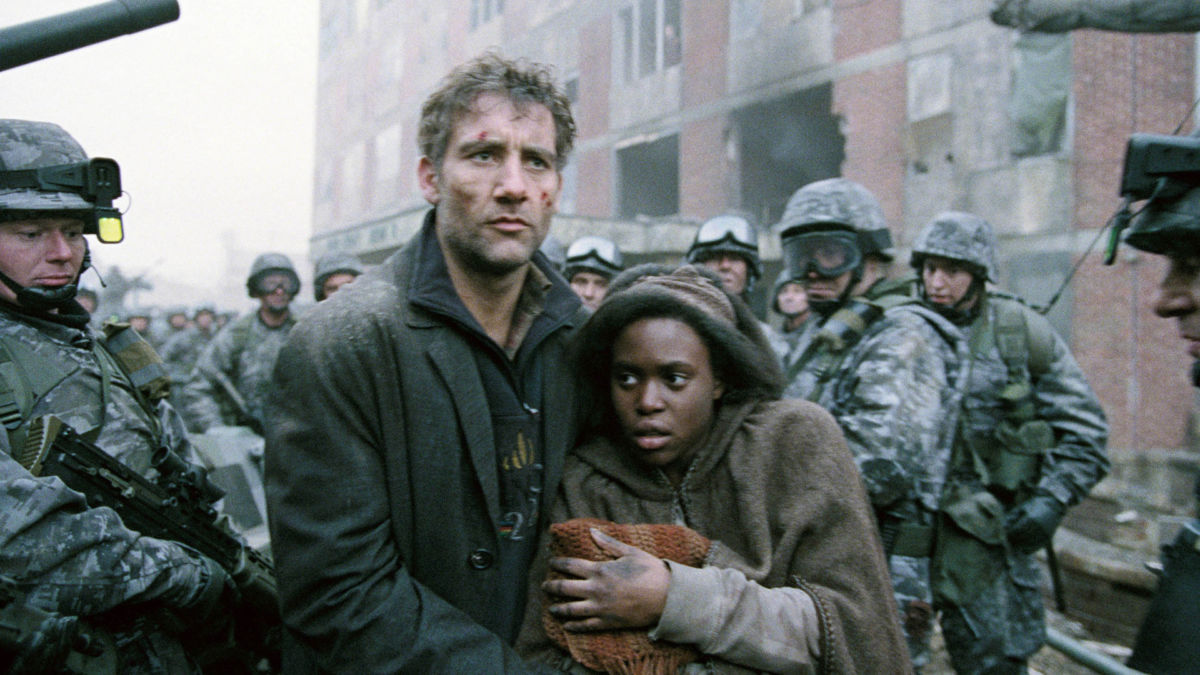 Alfonso Cuaron’s Children of Men is a unique disaster movie that kicks off long after the world-changing event set in. After 18 years of widespread infertility, society is on the brink of collapse. Though some may dream of a world free of baby shrills, Children of Men paints a grim picture of what it would be like if the world had no more children.

At the heart of Children of Men, as bombs erupt and machine-gun fire peppers the streets, a young refugee embarks on a journey that could save humanity. Clive Owen, Julianne Moore, Chiwetel Ejiofor, and Clare-Hope Ashitey round off an impressive cast in this thriller that’s framed by the core elements of a disaster movie. There may be no invading extraterrestrials or destructive force of nature, but the human race is enough to bring disaster to Children of Men. 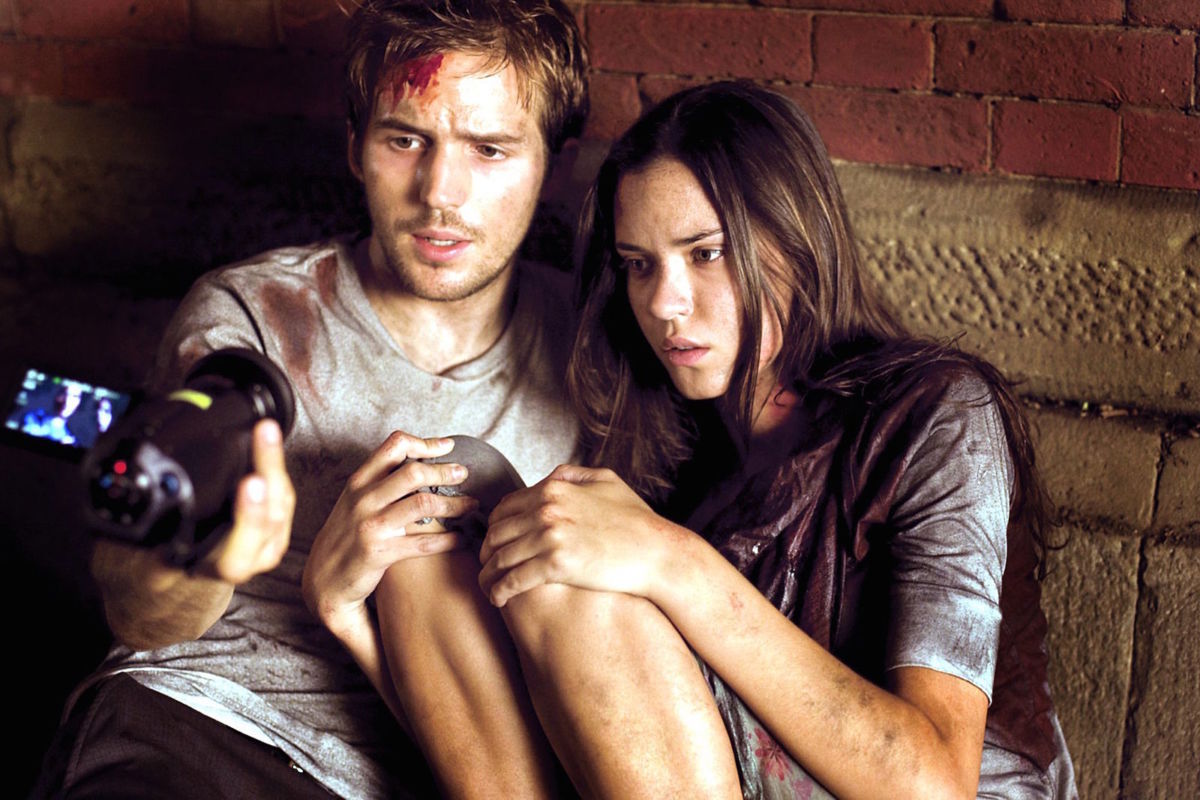 The viral marketing for Cloverfield helped make it one of the more memorable movie-going experiences of 2008. Found footage movies hadn’t grown tiresome yet, which let Matt Reeves tell a story we’ve seen several times before from an entirely new angle without immediately alienating his audience.

Reeves keeps viewers at the edge of their seats by not fully revealing Clover until the final act, instead letting the surprisingly strong cast be the real stars. The movie is a standalone classic, but one of the more memorable bits about Cloverfield is the setup of an extended universe through the fictional drink Slusho! and the faux-mining company Tagruato.