25 Best Horror Movies of All Time

We're counting down the best horror movies from across decades with some obvious picks and some...not quite so much. 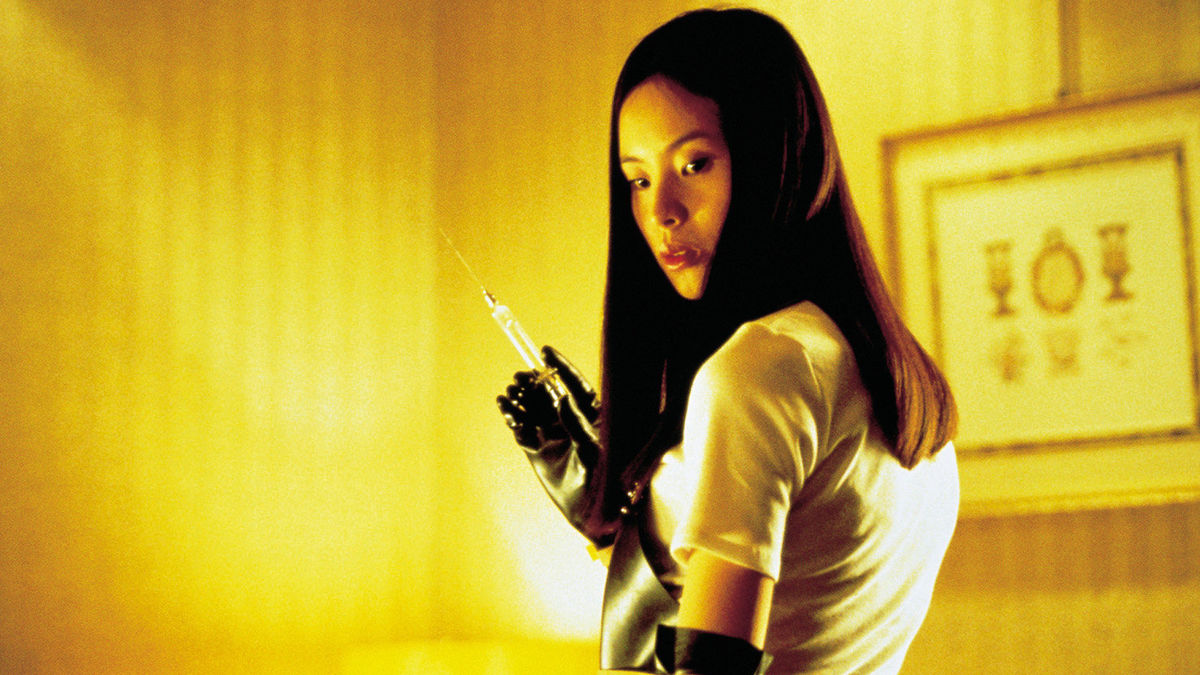 The obvious problem with any greatest horror movies list? 25 isn’t nearly enough. You could very easily fill those slots with movies released in the 21st century alone. Someone at Cultured Vultures already did that. I envy them.

We’re working with a range that starts over a century ago. We also must keep in mind that virtually every decade since the dawn of film has something to say about the greatest horror films of all time. Even in the sense of making an argument for their contemporary merit, we can still talk about films like The Golem (1915) or Nosferatu (1922). If you haven’t, you should see those. The atmosphere and aesthetics of each film are as potent as ever.

I guess my point is this: No matter what, we’re going to have to leave a few all-time hits off the list. It has to be done. Not even 100 would be enough to tell the story of a genre that is limitless and ageless. Horror goes after what we’re afraid of. It goes deeper than that.

Many of the greatest horror movies of all time are the ones that go after absolutely everything you hold dear, and then the things you didn’t know you were afraid of until just a few minutes ago.

At the same time, some of the best horror movies are pure schlock. Not a goddamn thing wrong with that. They aren’t particularly interested in your fears, but they will astonish you with their glorious audacity.

That covers most of the qualifications for this list, which will be done chronologically (this is not a ranking). This list was compiled entirely from my own preferences. While there are going to be some entries you can find on most best horror movie lists, I’m hoping at least some of my choices will surprise you.

Honestly, there are still more ways to judge the quality of a horror movie. No other genre has so much potential inherently in its DNA. No genre can surprise you in so many different ways.

The Best Horror Movies Of All Time 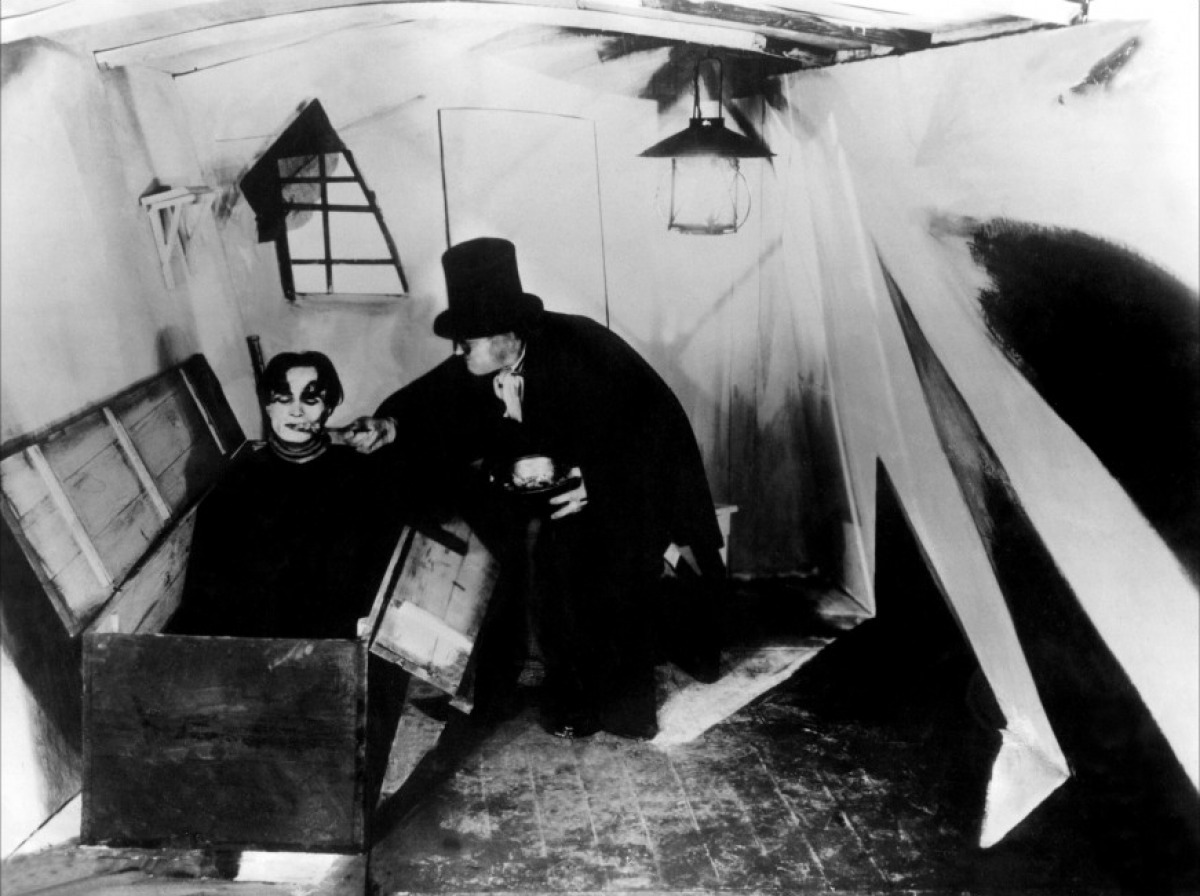 Horror in general owes Germany a debt of gratitude. Many of the earliest influences on contemporary horror came from there. The Cabinet of Dr. Caligari is the best of them all, featuring an atmosphere that still digs into the skin some 98 years after its release.

Directed by Robert Wiene, the film also benefits from distinctive, unforgettable performances, a flawlessly-executed ending, and moments of madness that are as gripping now as they were almost a century ago.

Watch if: You want to know where Rob Zombie got a lot of his ideas.
Avoid if: You have a strong distaste for cabinets in any form. 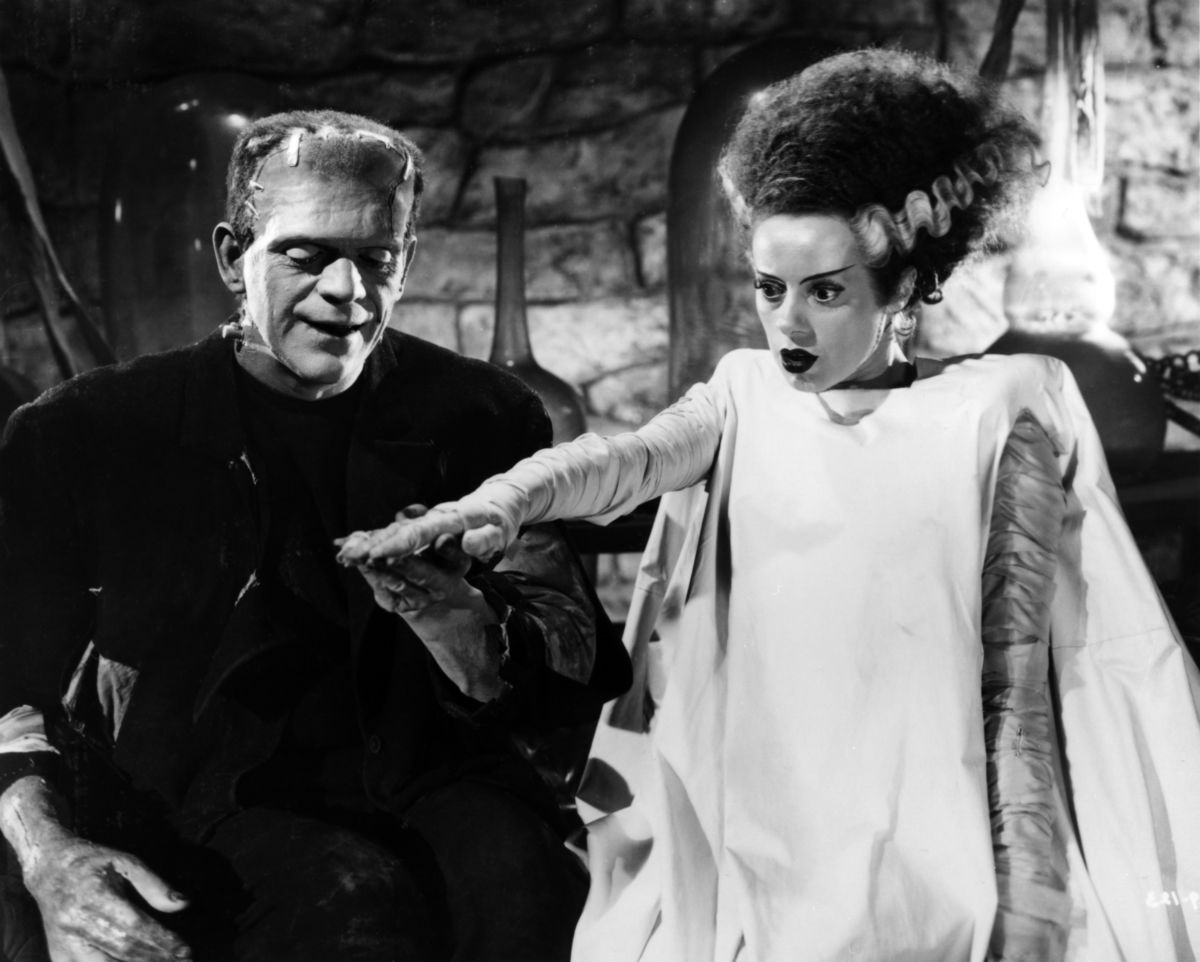 A sequel vastly superior to an iconic first film, Bride of Frankenstein is a creative high mark for Universal’s 1930s horror heyday. Director James Whale brings a necessary, singular amusement and love for the material, which also enjoys the presence of the great Boris Karloff as The Monster. Moments featuring the terrible, horrified shriek of The Bride (an incredible performance by Elsa Lancaster) have become legendary. Beyond such moments, you still have a gothic horror classic with beautiful visuals and a stellar supporting cast.

Watch if: You want to see one of the most entertaining, beautiful horror movies of all-time.
Avoid if: You don’t care for movies where two weirdos try to romantically hash things out. 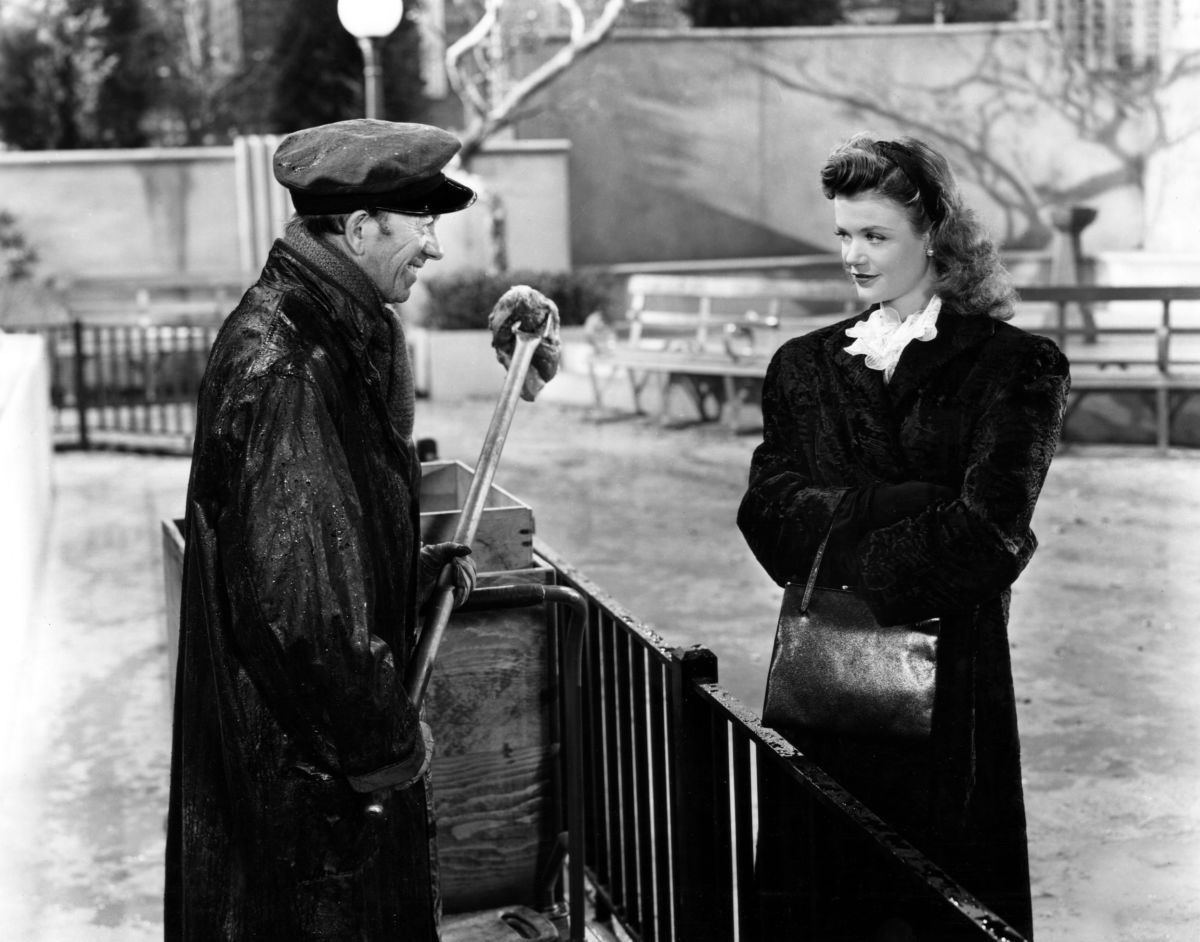 One of the great horror directors of his day, Jacques Tourneur was perhaps at his best in this classic RKO film, produced by Val Lewton. It remains a masterclass in tension, and how to build that tension on a budget of next-to-nothing. Featuring a career-defining performance by Simone Simon, as a woman who may or may not be on the verge of transforming into a cat creature, Cat People is a pummeling reminder that even the most rational of us sometimes wonder if there’s something watching us from the shadows.

Watch if: You believe that our imaginations can fill in some pretty terrifying blanks.
Avoid if: You hate going to your car in the middle of the night. 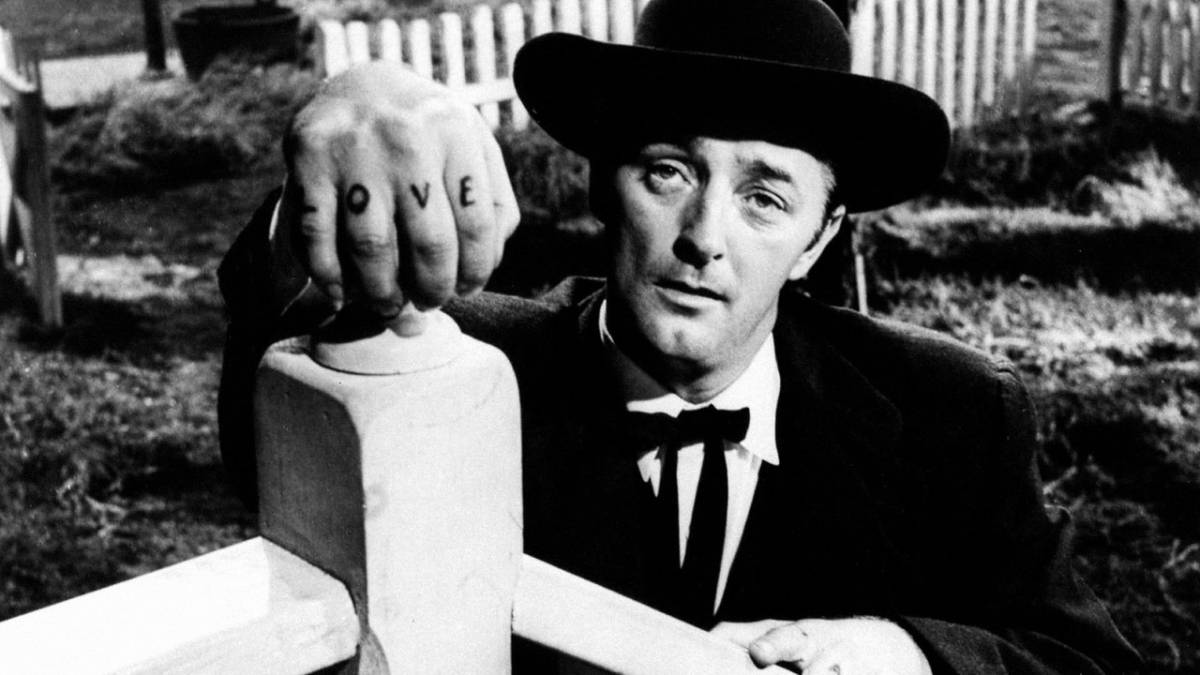 The only film directed by actor Charles Laughton (who was also married to Elsa Lancaster), The Night of the Hunter gets its disconcerting energy from two places. The first is the setting, a sprawling rural backdrop with a compelling element of the supernatural in every blade of grass and drop of rain. The second is an iconic performance by Robert Mitchum, who played a number of villains throughout his long career. As the Reverend Harry Powell, Mitchum created one of the most unwholesome, incredible portrayals of evil in film history. He is a riveting monster for the children of this story to endure.

Watch if: You want to see one of the greatest bad guys in movie history.
Avoid if: Shelley Winters annoys the living shit out of you. 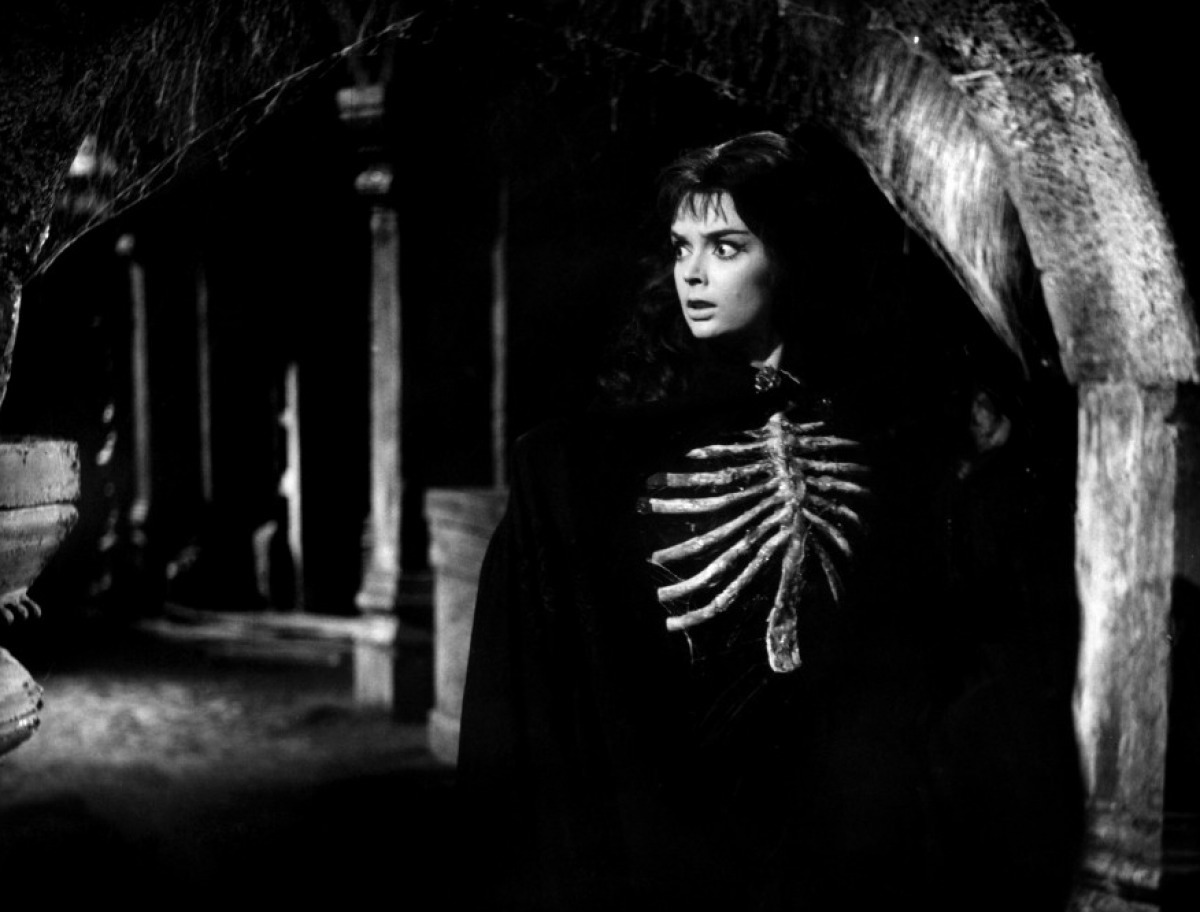 Few scream queens stand taller than Barbara Steele. Her performance here, in one of Mario Bava’s best movies, is nothing short of essential. Her freewheeling, steely madness is a perfect match for Bava’s attention to hideous detail. Watching Black Sunday is a lot like watching someone living in a semi-waking fever dream.

Watch if: You love all things gothic in your horror movies.
Avoid if: You have ever been accused of sorcery. 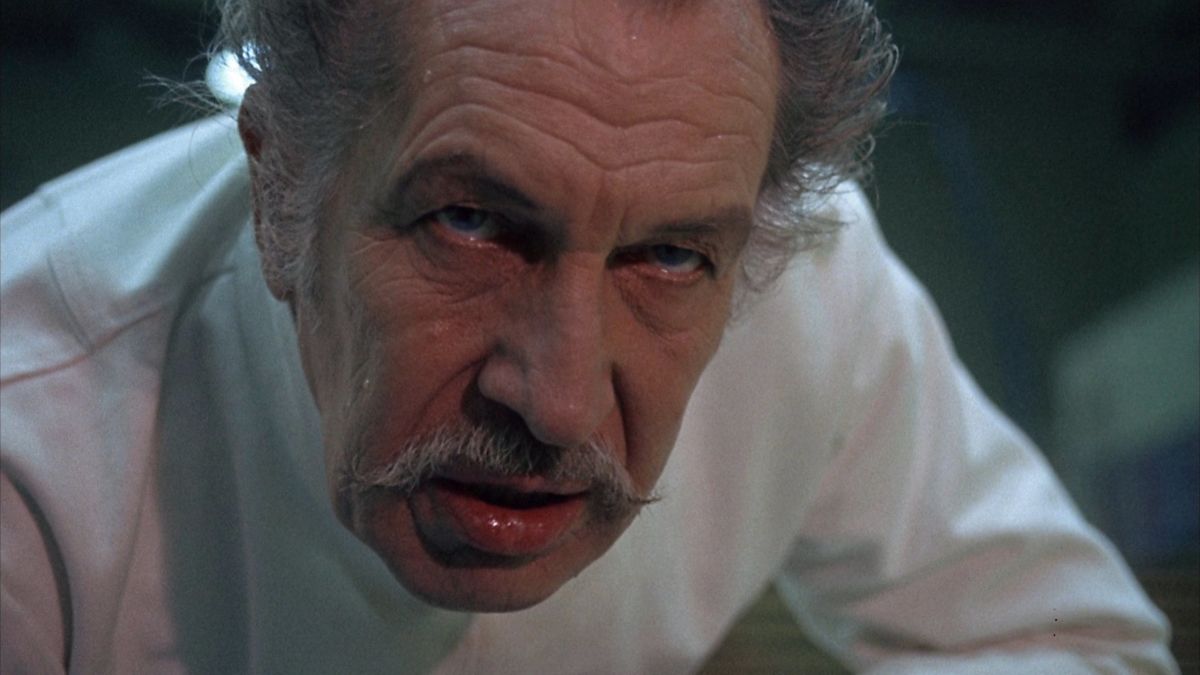 Although Vincent Price made many films more well-known than this one, Theater of Blood is nonetheless the best performance by one of horror’s greatest actors. Theater of Blood is a hysterical horror comedy with some impressive savagery behind Price’s rambling, pretentious Shakespearean actor Edward Lionheart. The movie has dry humor for miles, which goes well with Lionheart’s dedication to using Shakespeare-inspired methods to murder the theatre critics who wronged him. The greatness that is Diana Rigg also makes this essential viewing.

Anchored by strong performances from Donald Sutherland and Julie Christie, Don’t Look Now is a masterpiece of bewilderment and constant dread. Nicolas Roeg had a remarkable talent as a director for escalation. Everything in this movie means something. Everything builds towards one of the bleakest, most intense conclusions in horror history. Few films will scare you more effectively with their endings than Don’t Look Now.

Watch if: You want to feel uncomfortable in your own home.
Avoid if: You like happy endings.

Despite having very little actual gore, The Texas Chain Saw Massacre retains a decades-old reputation for being one of the most brutal horror movies ever made. That comes down to Tobe Hooper’s dedication to smart edits and mounting terror.

Marilyn Burns is also one of the all-time greats in the category of final girls in horror. Very few films can touch the relatable madness the poor woman conveys in the final moments.

Watch if: You want something to assault your senses on every level.
Avoid if: You don’t really like family dinners.

The recent Suspiria remake is an incredible film on several levels. However, it doesn’t quite have the supernatural strangeness that dominates Dario Argento’s most famous film. Jessica Harper as the American ballet student studying in Munich is the element of relatable humanity that can be found in Argento’s wildest, oddest works.

From the moment the Goblin soundtrack takes us into a sinister, overwhelming thunder storm, we know that Suzy is walking into something ancient, all-powerful, and intensely evil.

Watch if: You want to see an absolute nightmare of a fairytale.
Avoid if: You’re planning to study ballet in Germany.

Arguably the best zombie movie of all-time, Romero upped the stakes considerably for the second film in his The Dead series. This time, the zombie apocalypse is everywhere. The survivors we meet here barricade themselves in a shopping mall, as the world around them disintegrates.

Even if you don’t care about the characters, or Romero’s blistering social commentary, you still have a masterpiece of gore and zombie madness.

Watch if: You want to see a zombie movie that doesn’t mess around.
Avoid if: You have PTSD from one or several Black Friday spectaculars.