What the newest Joker has been up to over the years. 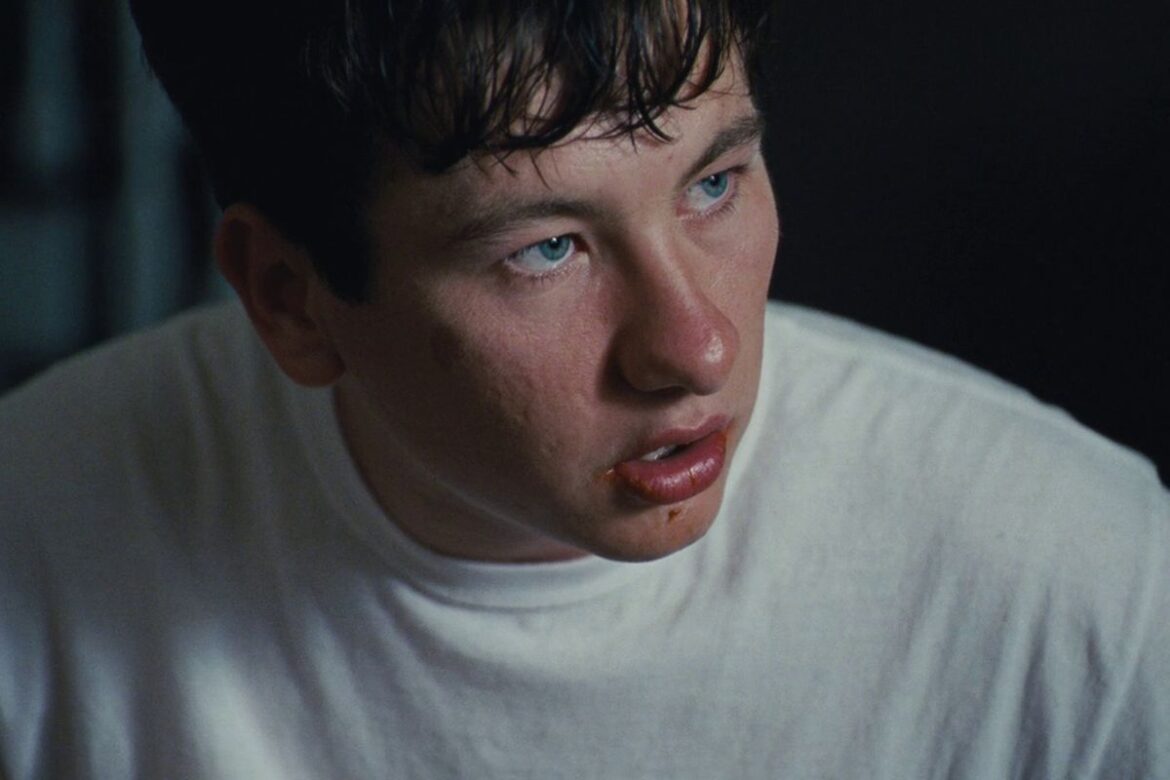 Irish actor Barry Keoghan is one of the most exciting talents working in the industry today. Throughout his career, he’s made consistently interesting choices when selecting his film roles. Subsequently, in just over a decade he’s successfully risen through the ranks of Hollywood, having worked with acclaimed directors such as Christopher Nolan and Chloé Zhao.

He joined the hugely popular comic book worlds of both Marvel and DC, but conversely has also explored roles in arthouse and independent films. Most importantly, he has always demonstrated a keenness to star in films that tell Irish stories. The result of this variation of roles has led to him building an accomplished and diverse filmography, especially considering his relatively short time in the business, but which of his films are the most impressive?

Here are the ten best Barry Keoghan movies that demonstrate his variety of film roles and tremendous range as an actor.

Trespass Against Us is a good debut from Adam Smith, who crafts a compelling story of family and circumstance. Michael Fassbender, who plays Traveller, Chad, leads the film strongly. He creates an engaging dynamic with Brendan Gleeson, who plays his on screen father, Colby, a man set in his traditional Traveller ways. Tensions arise when Chad begins plans to move his young family to a different location, away from Colby.

The film also features several now very well-known actors, such as Kinglsey Ben-Adir and Keoghan in minor roles. In a blink-and-you’ll-miss-it performance Keoghan plays Windows, a young Traveller who lives alongside Chad and Colby. He only appears in a few scenes and doesn’t have a lot of lines. However, in some ways the film can be viewed as a notable point in Keoghan’s career; it showcases just how rapidly he’s progressed. From this point on he consistently features in more prominent and major film roles.

Nonetheless, his smaller performance combined with those of the main cast helps to create a convincing setting for this emotional story of family conflict.

Lance Daly’s Irish historical drama is one of only a handful of films about the Great Famine. The film stars James Frecheville as an Irish soldier, who after abandoning his post abroad, returns home. He does so during the most devastating year of the Famine and in the process witnesses the countless atrocities being carried out by the English Protestant Ascendancy. These events set him on a dangerous revenge mission as he fights to achieve justice for his family.

Alongside Frecheville there’s a strong cast including Hugo Weaving, Jim Broadbent and of course Keoghan. It’s another smaller role for Keoghan, playing a young and sympathetic English private, but he does feature in a stand out scene. Outraged by the abundance of grain inside the landlord’s estate whilst local people starve to death just outside the gates, he tries to intervene and rectify the situation. It’s one of many impactful moments in a film that depicts arguably the most harrowing period in all of Irish history.

Yann Demange’s historical thriller sees Jack O’Connell star as a British soldier, Gary, deployed to Belfast at the height of the Troubles. After the use of police brutality during a raid on Catholic homes, and the ensuing retaliation from local residents, he gets separated from his unit. Forced to flee the scene he must fend for himself as he attempts to survive on the streets of Belfast, whilst on the run from IRA gunmen.

‘71 is a well shot and tense film that aptly captures the hostile and dangerous situation in Belfast at that time. O’Connell is great in the lead role, giving a very physical performance as he tries to make it back to base safely. Alongside O’Connell, Keoghan plays Sean, a young man associated with the IRA, but one who is hesitant to participate in violence. His role has very little dialogue but he still manages to convey the weight of uncertainty Sean endures in the midst of such aggressive intimidation.

Adapted from a 14th-century poem, David Lowery’s The Green Knight is one of A24’s most deeply cherished films. It stars Dev Patel as Sir Gawain, a nephew of King Arthur’s. One Christmas Day, he accepts a challenge from the titular Green Knight that leads him on a dangerous and mysterious quest the following year.

Apart from a brief moment later in the film, Keoghan only appears in a few scenes near the beginning of Gawain’s quest in a small supporting role. He causes mischief as a scavenger, putting his charm to good use in his attempts to swindle Gawain. These scenes offer some of the more accessible and grounded moments in a film steeped in much fantasy and many unusual concepts. The film’s attention to detail is undeniable and undoubtedly it reveals more each time it’s viewed.

But whether or not the peculiar narrative can cast its spell over you or not, The Green Knight is further proof that Keoghan, even when given less screen time than his co-stars, can still leave a lasting impression.

Eternals was Academy Award winning director Chloé Zhao’s first film after her Best Picture winner, Nomadland, and has become one of the most divisive Marvel films to date. Eternals introduces audiences to a whole new team of comic book characters all at once. It’s a little like if The Avengers was released without the five solo films before it. Although, it’s likely that audiences would still have had some prior knowledge of those more famous superheroes, whereas with Eternals this isn’t the case.

Despite this, Zhao’s film is successful with its introductions, allowing audiences to meet a whole new group of characters whilst also telling a story of immense scale. Keoghan’s Druig, whose special ability is mind-control, is one of the film’s most entertaining and interesting characters. His performance, especially when he’s sharing the screen with Lauren Ridloff’s Makkari, is brimming with charisma and the pair’s chemistry is one of the film’s many highlights.

The sooner we see Keoghan back as Druig, the better.

Yorgos Lanthimos’ psychological thriller, The Killing of a Sacred Deer was one of the first film’s that really made audiences take notice of Keoghan.

The film is an absurd and chilling tale of revenge and guilt, tied together by Keoghan’s deeply unnerving supporting performance as the mysterious Martin. He presents surgeon Steven, played by Colin Farrell, with an impossible decision. He must kill one of his family members or have a mystery illness claim the lives of them all. This will see Steven atone for his previous sin of operating on Martin’s father under the influence, ultimately leading to his death.

Keoghan and the cast as a whole, especially leading man Farrell, take to Lanthimos’ screenplay with ease, delivering his deadpan dialogue expertly. These strong turns from the cast, which also includes Nicole Kidman, coupled with the surreal narrative creates a fascinating film with a truly star-making performance from Keoghan. You’ll never look at spaghetti in quite the same way again.

Matt Reeves’ epic three-hour vision for the Caped Crusader saw Robert Pattinson tackle one of cinema’s most iconic roles, delivering spectacular results in the process. Both Reeves’ Gotham and Pattinson’s Batman are immediately convincing and seek to give audiences a fresh take on a character we’ve seen countless times before. Presenting a more grounded, detective style narrative, among others, it feels reminiscent of David Fincher’s serial killer thrillers, Seven and Zodiac.

Beyond Pattinson there’s a stacked cast including Zoë Kravitz as Catwoman, Jeffrey Wright as Jim Gordon and Paul Dano as the Riddler. Keoghan only briefly features, appearing in one of the final scenes, credited as “Unseen Arkham Prisoner”, later confirmed to be the Joker by Reeves. A specially released scene has since been released giving us a better look at Keoghan’s promising portrayal of the infamous villain, and it’s certainly likely he’ll be returning in any potential sequels.

If he can be as captivating as he is in these few scenes, he could go on to rival the legendary performances that precede him.

Depicting the Dunkirk evacuation from sea, land and air, the film is truly a technical marvel, as Nolan tells a multi-layered story unfolding at varying different speeds, stitched together by some exquisite editing. This ambitious story-telling technique is complemented by a nerve-shredding score, several standout sequences, stunning cinematography and a variety of fantastic performances across the three timelines.

It’s top-tier Nolan and Keoghan’s performance is one of the most poignant of the entire cast. Amongst all the racket of Spitfire propellers, enemy bombs and sinking ships, his understated and affecting portrayal of a young man wanting to make something of his unremarkable life is communicated loud and clear.

Despite only being a recent release, Bart Layton’s heist film is already without doubt one of the all time greatest of the genre.

Featuring testimony from the real-life criminals who carried out the heist at the Transylvania University library, American Animals becomes a documentary-narrative film hybrid. In addition to this, the film’s choice to focus on the long-term effects of one particular civilian caught up in the events of the heist is an interesting and enhancing decision for the film, further setting it aside from its countless genre predecessors.

Led fantastically by Evan Peters and Keoghan, the film achieves a perfect balance of fact and dramatisation. It effortlessly blends the two together in a way that is free from gimmickry and that consistently compliments both aspects. Keoghan demonstrates his fantastic ability with a central role and effortlessly disguises his Irish accent for this all American story that’s exhilarating from start to finish.

Nick Rowland’s captivating Irish crime thriller sees Keoghan star as Dymphna, a key member of ruling gangster family, The Devers. In the leading role is Cosmo Jarvis, who plays Arm, the adopted muscle of this criminal clan. The film follows him as he struggles with his involvement with the Devers whilst trying to care for his young autistic son.

Rowland’s debut boasts so many great performances including, but not limited to, the fantastic turns from Niamh Algar and Keoghan, who were both nominated for BAFTAs for their work. The pair play the figurative devil and angel on Arm’s shoulders as they try to pull him in opposite directions. It’s this struggle that sees Keoghan give a masterclass in manipulation as he takes advantage of Arm.

Complementing the cast’s work, the film has a chilling score, an excellent screenplay and Rowland’s efforts makes him look like the furthest thing from a first time director. As a result, Calm With Horses is the rare culmination of a collection of artists truly all at the top of their game and has become one of Ireland’s finest cinematic exports of all time.

READ NEXT: 10 Best Sandra Bullock Movies of All Time