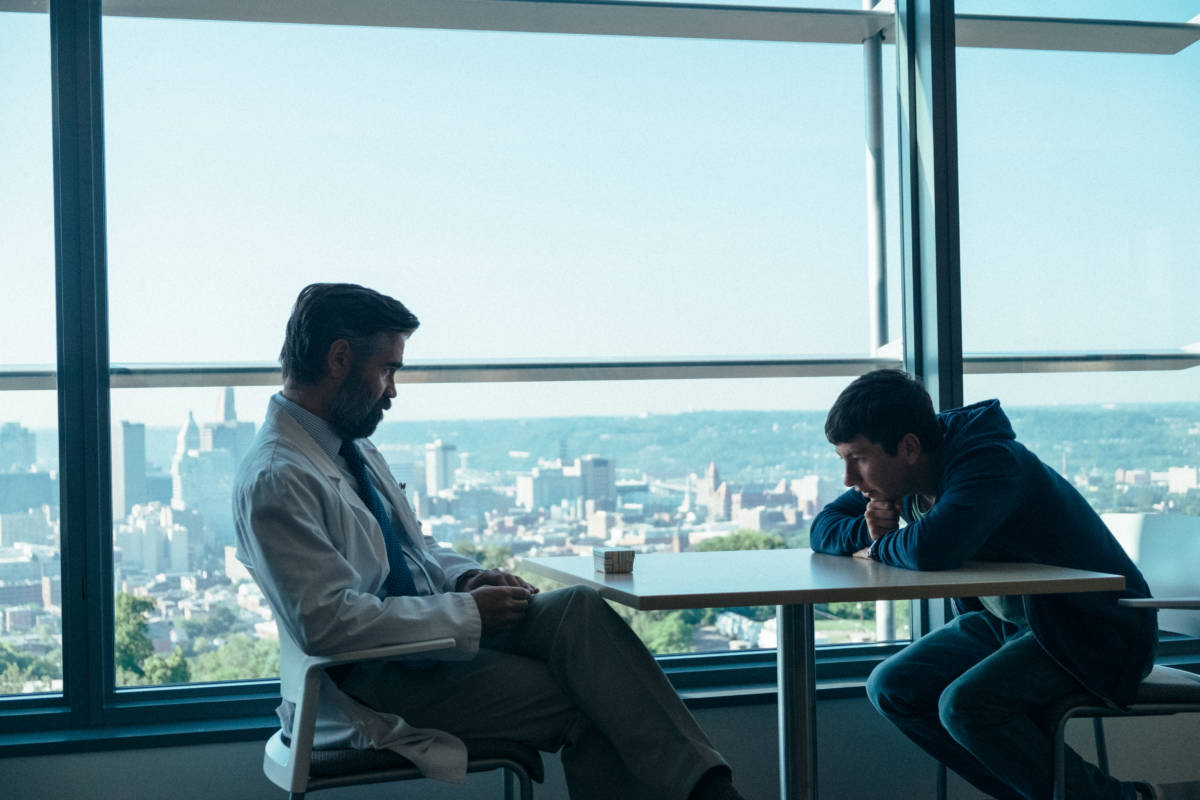 Colin Farrell and Barry Keoghan. Photo by Jima (Atsushi Nishijima), courtesy of A24

The Killing of a Sacred Deer is perhaps the most horrifying film with a performance reminiscent of Psycho.

Starring as a doctor who gets pushed to the brink when his children start getting sick with no hope of recovery, Colin Farrell reunites with The Lobster director Yorgos Lanthimos to make this psychological thriller. Lanthimos co-wrote the script with Efthymis Filippou as they explore thematic material such as justice, sacrifice, and faith.

Dr. Steven Murphy (Farrell), a cardiovascular surgeon married to ophthalmologist Anna (Nicole Kidman), befriends the young Martin Lang (Barry Keoghan) following the death of his father. They have the typical suburban life of doctors living in an unnamed Midwest city with their children, Bob (Sunny Suljic) and Kim (Raffey Cassidy). For this family, however, their lives are soon to be turned upside down thanks to unknown forces. Martin wants to do right by his deceased father and in doing so, he becomes the best on-screen villain since Heath Ledger’s Joker in The Dark Knight.

Nobody knows exactly what causes Bob and Kim to fall ill. The doctors run every possible test known to mankind and everything seems just fine. Why are they sick? Is it karma at work for Steven’s job as a heart surgeon? These questions don’t get answered. Not now. Not ever. Yet, we still watch as Steven fights for his children’s lives. But at what cost? For his part, Farrell is able to play the complex qualities in the surgeon, from calm to menacing.

Kidman plays the wife and mother, Anna, in a way that makes the audience to sympathize with her. She doesn’t break in the way that Steven does but if the film were any longer, she probably would.

About the kid, Martin, he is such an unlikable character but Keoghan (Dunkirk) performs this role in such a manner that one will be reminded of Anthony Perkins in Alfred Hitchcock’s Psycho. It doesn’t matter what he does because you want just want to slap him so hard in the face. It will be a performance to remember long after the film leaves theaters.

As a filmmaker, Lanthimos brings a mysterious element to his directing style. It’s one that worked in The Lobster last year and does so again in his follow-up thriller. The film is executed in a way that mother! wasn’t and is able to succeed as a result.

The musical score is one that is terrifying and only complements the film, never more so than when Steven and Martin are in the same scenes. Don’t expect to take a nap because the horrifying orchestration won’t allow it to happen.

The biggest letdown while watching The Killing of a Sacred Deer was that there was no deer killed in the film. With a title like this, you could have assumed it to be a live-action version of Walt Disney’s Bambi, or at least a prequel.