7 ‘All in One Day’ Films You Should Watch

Sometimes, the events of a few hours can be riveting stuff. 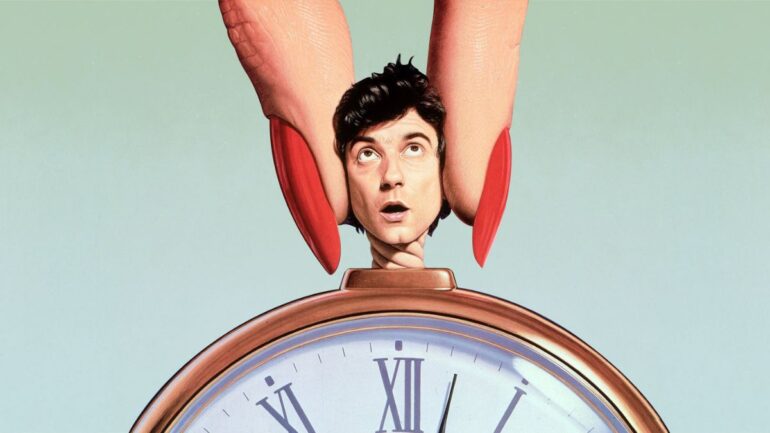 There is something special about films that play out within a 24 hour span. Maybe it’s the way each plot point builds on the previous one so that the story fits together seamlessly, or maybe it’s that we can better relate to characters when we experience their lives in real time.

If we are going to list out the best films that unfold over 24 hours (or less), it feels fitting that instead of a simple ranking we select a film for each part of the day. Each film on this list is one of the best examples of an ‘all in one day’ film, and each encapsulates a time of the day with some of its best scenes.

The opening sequence sets the stage for The Assistant‘s horror tale of a toxic workplace: waking up and heading into work while it’s still dark, only to perform thankless, dull tasks in an empty office. These are quiet scenes, but ones that perfectly express the monotony of the job.

While these boring chores are far from the worst things that happen in that office, we have an immediate emotional connection with the assistant and understand the type of office she works in. Most of the films on this list are about notable days in the lives of its characters, but The Assistant is the exception. The fact that it’s just a normal day in her life is what so clearly demonstrates the horror of an abusive and cruel work culture.

From a dreadful day at the office, let’s move in a happier direction to its perfect opposite. Ferris Bueller isn’t just the most fun ‘all in one day’ film, but it’s one of the most fun movies ever made. The ideal day is filled with comedy, hijinks and joy – an escape from the boredom of everyday life for both the characters and the audience.

The opening scenes of Ferris beginning his day by faking an illness and weaseling his way out of school set up the film’s playful tone and tell us everything we need to know about Ferris and his world.

The heat of the midday sun permeates every frame of Do The Right Thing. Every shot has bright colors that scream like a summer day and the heat causes the blood of every character to boil. It’s that setting that drives the film’s plot as much as anything else. Passions will always run high when the temperature rises.

Do The Right Thing is about community, in particular it’s about what unites and divides a community. It’s the heat that causes these divisions to emerge to the surface. Little annoyances and frustrations lay the seeds for greater conflicts as the film moves towards its conclusion. The climatic riot builds on a foundation of rising tension that stems from that hot summer day.

One of the great things about ‘all in one day’ films is the way they let us spend extended time with the characters and truly get to know them. In that spirit, the GOAT hangout movie, Dazed and Confused, certainly belongs on this list. The opening scenes, set in the final hours of the school year, perfectly introduce the expansive cast, complete with asshole jocks, pretentious intellectuals, awkward freshmen, and everything in between.

The whole film channels the optimism, opportunity and rebellion of youth, and no scenes convey this more clearly than the boredom of the last day of school followed by exhilaration as summer vacation begins.

Although we are often told breakfast is the most important meal of the day, it’s dinner that will usually attract the most attention, and that is how we spend our evenings. If we want to highlight a dinner that plays out in real-time, what about one with the tension of a Hitchcock thriller.

The dinner party at the heart of Rope sees a pair of friends get a sick thrill out of killing a man, and then inviting his friends and family over for a party while the body is hidden in the room. Dinner can be as much about the conversation as the food, and Rope’s conversations are full of double entendres as the audience can delight in having knowledge that most of the characters lack. 80 minutes stuffed with Hitchcockian flair as we watch characters manipulate, debate and inquire in real time.

La Haine is a perfect complement to the previously mentioned Do The Right Thing. Instead of tracking the build up to a riot, it explores what is left in a riot’s aftermath: the pain of young men in a poor neighborhood, frustrated with their place in the world and their sense of helplessness.

La Haine has a mind full of social commentary, but the heart of a buddy comedy. The trio of friends at its center wander through its scenes looking for a direction to focus their grief and anger. The film’s best sequence sees the trio spending a night out in the bougie neighborhoods of the city. They struggle to fit in within that foreign world and ultimately stop bothering, content instead with their friendship. That friendship is at the core of La Haine, and a night out on the town is the best way possible to see a friendship in action.

After Hours is a fish out of water movie where a 9 to 5 yuppie finds out what happens when the rest of the world has gone to bed. Paul, the aforementioned yuppie, lets his lust get the better of him and finds himself on an extended misadventure in NYC, unable to get home or contend with a world outside his dull office job.

Each scene elevates the insanity as Paul struggles to deal with aggressive punk concerts, mysterious artists and vigilante ice cream truck drivers. We’ve all had memorable nights out on the town which meandered off in unexpected directions deep into the wee hours of the night. After Hours just takes that relatable concept, and then moves it in the most over the top direction possible.

READ NEXT: 4 Times When Filmmakers Pranked Their Audience