When it's a Paul Verhoeven film, you know it's going to be a mixed bag. 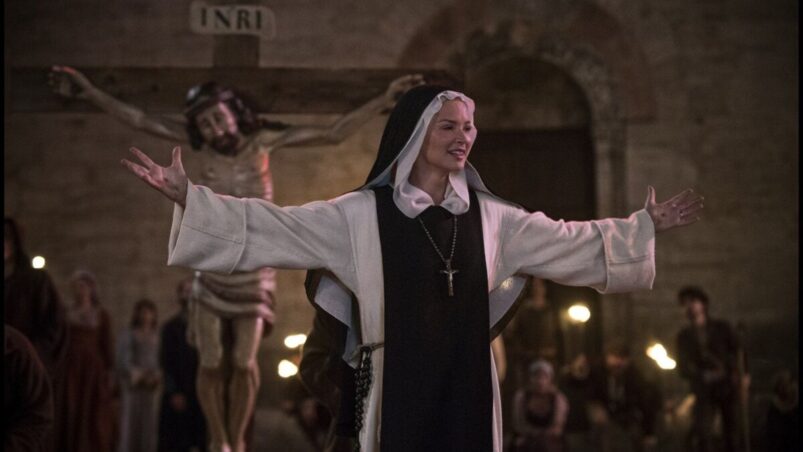 It’s difficult to pin down Paul Verhoeven’s Benedetta. On the one hand, it has risqué ambitions, on the other, there isn’t much clarity on what exactly the film is trying to communicate about its themes. Benedetta herself is wrapped in so much ambiguity that the viewer is unable to discern her intentions. Is she a devout follower of God, or merely using religion as a means to gain power and authority? Verhoeven’s film doesn’t quite know, maybe because the history of the woman in question isn’t quite so straightforward as well.

The film revolves around Benedetta Carlini (Virginie Efira), who was promised to God the moment she was born, and committed to a convent at a young age. She is particularly obsessed with the Virgin Mary, even seeking out her statuette during hours of sleep. This fixation evolves later on to full-fledged desires for newcomer Bartolomea (Daphné Patakia), after Benedetta accidently grazes one of her breasts. This causes inner turmoil for Benedetta, who has pledged herself as a bride to Christ, and often has visions of him riding in to rescue her, all masculine and striking.

Soon after Bartolomea’s arrival, Benedetta develops stigmata on her hands, feet and side while in bed. While stigmata is a reflection of Jesus’ suffering and the torment he bore to save us from our sins, the moments preceding the appearance of Benedetta’s own marks is encased in salacious imagery of her naked form pressed against that of Jesus. This isn’t exactly particular provocative, since there have been many critical discussions of Christ’s body as female, which allows this moment to symbolise the awakening of her dormant, sexual self.

However, as Benedetta and Bartolomea become more bold in their exploration of each other’s bodies, spending most of the film engaged in various acts of lovemaking, one does begin to wonder if this succeeds in communicating anything about female sexuality, since it all starts to feel more pornographic than intentional. Verhoeven bristles at the idea of the film being considered blasphemous, and perceives it more as a historical, since it’s based on a true story, and feels that we have become too puritanical about nudity in films. This isn’t surprising considering that this is the man who helmed Basic Instinct.

The nudity didn’t bother me, especially since it fleshes out Benedetta’s increasing acceptance of her own body and desires. The main issue here is the way these sex scenes were staged – more exhibitionist and showy rather than real and intimate. The end result feels closer to to exploitation than empowerment.

The more interesting aspect of Benedetta is the systems of power in the church, and how God is used as a means to wield more power. There is an ardent desire to believe in Benedetta’s stigmata and her claims of being a conduit for God, since it would allow Pescia to become popular and a space known for miracles akin to Assisi. We also wonder if Benedetta has truly received these marks from Christ, or if she’s carefully marking herself. There’s benefits to be gained from such a pretense, since Benedetta is accorded power and position after her association with these miracles. Was this her intention all along? Once again, it’s hard to say.

Charlotte Rampling brings a measure of weight to the proceedings – she’s brilliant as the abbess, caught between truths and her unwillingness to tussle with the powers that be. It’s also ironic that a woman who has devoted her life in service to God and his church doesn’t seem to have much faith. There are various reasons why women seek out the convent, and very few enter it willingly like Benedetta did – a relationship with God thus feel more transactive than genuine.

As a plague sweeps through Europe, the town is caught in state of religious fervour, fearing the effects of the plague and blindly attacking anything that poses a threat. At this point of the film, everything collapses in a siege of chaos, and the viewer is left stumbling through the rubble, trying to make sense of ruins. “What does it all mean?” we ask ourselves as Benedetta and Bartolomea take a tumble in the hay once more. The truth is, it doesn’t mean anything, and it’s this hollow centre that holds Benedetta back from being anything more than just an erotic period film.

READ NEXT: 15 Best Dario Argento Movies of All Time 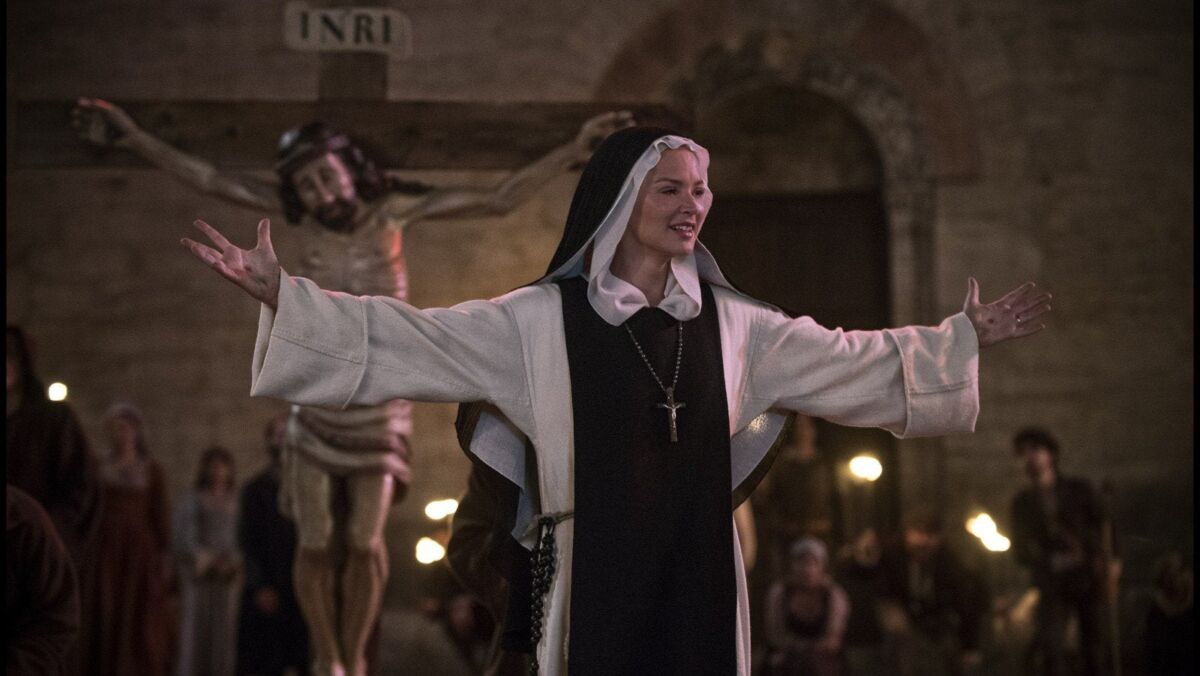 Verdict
Benedetta, for all its ambitions, doesn't quite know what it wants to say, and ends up a shallow habit-ripper of a film.
6
Cultured Vultures is a pop culture website established in 2013 covering all things gaming, movies, and more. We eat your words.
All The News On The Biggest Games