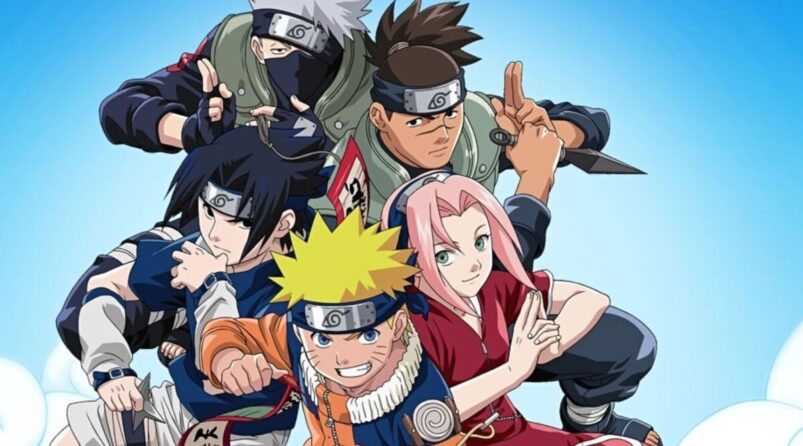 Naruto is an iconic shonen anime that is so well-known that even those who aren’t fans of anime have probably heard about it. If you’ve been watching anime for a while, chances are you’ve come across an episode or two of this rather expansive show.

In fact, Naruto is considered one of the “Big Three” anime series, which also includes Bleach and One Piece. Basically, these shonen anime ran for so long and were so widely popular that it was nearly impossible to avoid them.

The series follows Naruto Uzumaki on his journey to be accepted by his fellow villagers and become the Hokage of his village. He’s ostracized by the village due to the fact that he holds the spirit of the nine-tailed demon fox inside him and is also a bit of a prankster. Along the way, he makes a ton of friends and some rather formidable foes.

Naruto consists of over 700 episodes split between two parts, Naruto and Naruto: Shippuden, and there are also 12 films and 11 OVAs based on the series, not to mention a spin-off series mentioned later in this list. If you’re looking for an anime like Naruto, fear not because there are plenty of them, and we have the best of them listed below.

Bleach, as mentioned above, is also one of the “Big Three” anime series. This shonen anime is packed full of intense action and amazing characters, just like Naruto. The show consists of 366 episodes, and there are four films and one live-action movie based on the series.

The show focuses on Ichigo Kurosaki, who becomes a substitute Shinigami after experiencing tragedy when a Hollow attacks his family. He meets Soul Reaper Rukia Kichiki and assumes her powers so that he can hunt down the Hollows, protect his town, and keep the balance between the realms of the living and the dead.

If you enjoyed Naruto for its engaging battle scenes, then you’ll definitely love Bleach’s thrilling fight sequences that’ll leave you on the edge of your seat. If you haven’t already seen this anime series, it’s definitely worth the watch.

Obviously, Boruto: Naruto Next Generations has to be on this list considering it’s literally a spin-off series of Naruto. This canonical anime is about what happens after the events of Naruto and Naruto: Shippuden.

Boruto follows the son of Naruto and Hinata, Boruto Uzumaki, as well as other children of well-known characters from the former series, including Sasuke’s daughter Sarada. The characters follow a similar style of growth to what Naruto and his friends experienced on their adventures. The show is also set in Konoha, and Boruto and his friends must try to keep peace in the Hidden Villages after the war.

This anime features several new characters to keep things interesting, but this doesn’t detract from the rich backstory provided by Naruto. If you’re searching for an anime like Naruto, this is quite literally it and a rather great option to choose if you weren’t already aware of it.

Yu Yu Hakusho is a great show that centers around another loud-mouthed troublemaker, much like Naruto Uzumaki. The series aired in North America from 2002 to 2006 and contains a total of 112 episodes.

The protagonist of Yu Yu Hakusho is Yusuke Urameshi, who is a rather annoying young boy. He sacrifices his own life to save that of a child, which lands him in the Spirit World. The leader of the Spirit World decides to give Yusuke a second chance and sends him back to the real world as a Spirit Detective.

Alongside his friend, Kuzuma, and a friendly grim Reaper, Botan, Yusuke solves otherworldly mysteries and battles many demonic enemies. This is a great anime to watch if you’re missing the thrill of Naruto.

There’s always time for a fascinatingly dark and brooding fantasy anime that’s centered around would-be vampires called Ghouls. Tokyo Ghoul is set in a fairly modern rendition of, you guessed it, Tokyo. The show only has 12 episodes which aired in North America in 2018, but each one is packed full of excitement.

Tokyo Ghoul focuses on Ken Kaneki, who’s a shy college student until a sinister date changes his entire life. After receiving organ transplants from a Ghoul, Kaneki must learn to navigate his new life as a human-ghoul hybrid.

This anime offers a unique take on vampires, as Ghouls look and act just like humans, aside from the eating of human flesh. The fights and plotlines in Tokyo Ghoul are suspenseful and enthralling, keeping viewers anticipating just what’s coming next. If you’re looking for an easy-to-binge anime like Naruto, this is your show.

If you’re hoping to find an anime with magnificently orchestrated fight scenes, comedic elements, and unique characters, Hunter X Hunter is the show for you. The Hunter X Hunter fanbase is huge, and for a good reason, as the anime has been widely popular since it first aired in 2011. There are a total of 148 episodes and also a few film adaptations, as well.

Hunter X Hunter follows a young boy named Gon Freecss, who has his sights set on becoming an amazing Hunter, just like his mysterious missing father is. Along Gon’s journey, he meets wonderful friends, such as another young boy named Killua, and dastardly foes, like the sinister Hisoka. Similar to Naruto, Gon must train and work relentlessly to achieve his dream.

Both Hunter X Hunter and Naruto put a high value on friendship, hard work, and determination. Aside from those aspects, the fight scenes in Hunter X Hunter are definitely on par with those from Naruto. If you haven’t already, this is an anime that you should definitely get into.

Claymore is a fantastic anime about the darker and more realistic aspects surrounding the horrors that life holds. It’s another short show, with just 26 episodes that aired back in 2007. The anime takes place on a medieval island and is filled with its fair share of riveting fights.

This island is swarming with Yoma, which are humanoid monsters that feed on humans. Those tasked with fighting them and protecting humanity are female warriors known as Claymores, referring to the type of sword they use. Claymore’s plot is centered around Claymore Number 47, known as Clare, who finds herself in the midst of a conspiracy that leaves her questioning everything she knows.

Claymore is definitely more gloomy than the cheerful and comedic Naruto, but it’s also thrilling and compelling. However, there’s plenty of action and a rather suspenseful plot that’s sure to keep anyone searching for an anime like Naruto entertained.

One Piece is the third pillar of the “Big Three” anime series, and it’s a rather large pillar. The show has a massive fanbase, and it’s no wonder, considering the combination of intense action, exciting drama, and new characters keeps its audience constantly hooked. One Piece has over 900 episodes already, with new episodes still being released.

The protagonist is Monkey D. Luffy, and he’s on a quest to become the King of Pirates. Together with his band of friendly pirate companions, he goes on numerous adventures as he searches for the location of a legendary treasure known as the One Piece.

One Piece is absolutely expansive and completely enthralling, with the number of its episodes not taking anything away from its storylines and plot. The show carries a similar theme of overcoming obstacles with the help of one’s friends. If you’re looking to get absolutely lost in an anime series, One Piece is the anime to go with.

Black Clover is an anime with a rather intriguing storyline, which makes it incredibly satisfying to watch. The show is set in a world where almost everyone has the ability to use magic. There are 112 episodes so far, and the anime is still going, with several new episodes having recently been released.

The story follows two boys named Asta and Yuno, who each have no family and are inseparable since they grew up together. There’s a major difference between the two, though, since Yuno can use magic, but Asta cannot. Nonetheless, both boys dream of becoming the Wizard King and even form a friendly rivalry to reach their goal.

Both Asta and Yuno start their stories as orphans and set out on a path leading them to become something more, despite their difficult beginning, much like Naruto’s experience. If you’re searching for an anime like Naruto to fill the void the epic anime left behind, you should definitely give Black Clover a watch.

If you’re missing that sweet ninja action that Naruto is known for, look no further than Basilisk: The Kouga Ninja Scrolls. The anime aired in 2005 and has a total of 24 episodes. However, viewers should be warned, as the show contains a ton of gore and violence and is not for those with weak stomachs.

Basilisk: The Kouga Ninja Scrolls is set in 17th century Japan and focuses on two rival ninja clans, the Iga and Kouga. These two clans have been relentlessly fighting for centuries, with the feud most recently being over a succession dispute for Shogun. To finally resolve the feud once and for all, the authorities of the respective clans order a bloody battle royale between ten of the best ninjas from each clan.

This anime features incredible ninja warriors who have supernatural abilities and are epic fighters. It’s an absolutely captivating anime that is so worth the binge-watch.

Last but certainly not least is an anime that’s actually rumored to be the original inspiration for the Naruto series. In fact, Ninku is considered the less famous version of Naruto by many of its fans. The show was released in 1995 and has 55 episodes altogether.

Ninku follows Fuusuke as he embarks on a journey to find other ninjas from his clan and his mother. Much like Naruto Uzumaki, Yuusuke is on a quest to become a more powerful and overall better warrior, which leads to him defeating other warriors that are trying to destroy the Ninku clan.

The anime has a fantastically compelling storyline, complete with brilliantly orchestrated action scenes. This is an awesome anime like Naruto that comes complete with some wonderful 90s nostalgia that any fan of shonen anime will be sure to enjoy.

READ NEXT: 10 Anime Like Chainsaw Man You Should Watch