One Piece Beginner’s Guide: Everything You Need To Know 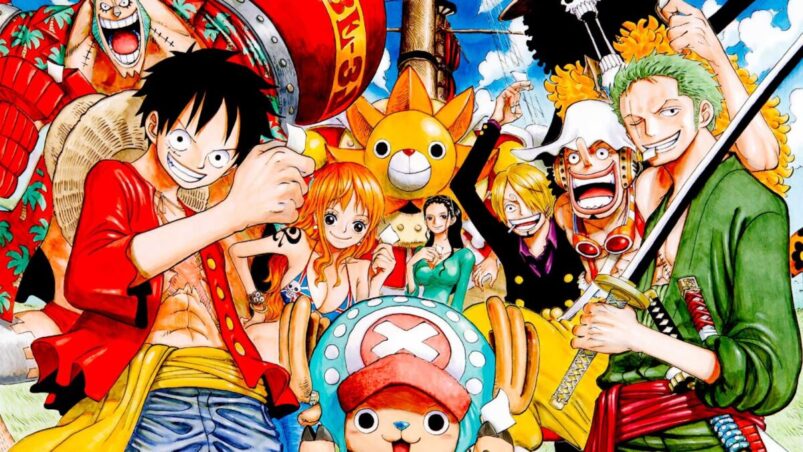 When it comes to world-building and storytelling, one of the anime that comes out on top is One Piece. Since the manga first released in 1997, it’s still going strong even after 25 years of runtime. The series just knows how to deliver memorable fights, emotional scenes, and jaw-dropping moments.

Set in a world filled with notorious pirates, One Piece follows Monkey D. Luffy’s journey to becoming the Pirate King. Together with his crew, The Straw Hats, they sail out towards the Grand Line to find the One Piece. Along the way, they come across new lands and encounter powerful Devil Fruit users.

Those might sound puzzling to you, and you might be intimidated to watch One Piece, but worry not. We’ve prepared a beginner’s guide to help you get into the world of One Piece. It covers everything you need to know before you watch one of the most successful anime of all time.

Who Created One Piece?

One Piece was written and illustrated by a man named Eiichiro Oda. After watching the animated series Vicky the Viking, he was inspired to write a story about pirates. He also drew inspiration from the creator of Dragon Ball, Akira Toriyama.

While working as an assistant, he worked on two one-shot, pirate-themed stories entitled Romance Dawn. His stories were eventually serialized in Weekly Shonen Jump to become what we know now as One Piece. Later on, it was given an anime adaptation by Toei Animation.

Today, One Piece has reached over 500 million copies sold with more than 1000+ episodes in the anime.

What’s One Piece About?

After the Pirate King’s execution, pirates from across the world scour the ocean to find his treasure — the One Piece. The surge of pirates marked the beginning of the Great Pirate Era. Twenty years after the execution, Monkey D. Luffy started his journey to become King of the Pirates.

Luffy realizes his ambition after he had an encounter with a pirate named Red-Haired Shanks during his childhood. He promises Shanks that one day he’ll become King of the Pirates. In return, Shanks gives Luffy his Straw Hat and tells him to return it once he becomes a great pirate.

Now, Luffy is looking to fulfill his promise with the help of his Devil Fruit — the Gum-Gum Fruit. You might ask, what is a Devil Fruit? Devil Fruits are mysterious, unique fruits that grant superhuman powers to their eaters. For instance, Luffy’s Devil Fruit turns his body into rubber, allowing him to stretch beyond normal human limits. However, the eater will also lose their ability to swim, so Luffy is powerless in water. Throughout the series, Luffy is forced to battle powerful Devil Fruit users who stand in his way.

Not only does he have his Devil Fruit, but he also has his own pirate crew to help him — the Straw Hats. They consist of people Luffy recruited along his journey because he thought they were reliable and fun to be with. Together, they join the hunt for the One Piece as they meet new people and overcome obstacles along the way.

Who Are the Main Characters in One Piece?

One Piece will introduce you to a plethora of characters, so we’ll only cover the Straw Hat Pirates. This will spoil who will join Luffy’s crew, so read at your own risk.

We already mentioned the main protagonist, Monkey D. Luffy. He is a rubber man and the captain of the Straw Hat Pirates. Although he may lack common sense, his bravery knows no bounds. He gathered his crew and sailed to the Grand Line to become King of the Pirates.

Before he sailed to the Grand Line, he recruited Roronoa Zoro, Nami, Usopp, and Sanji from the East Blue. During their adventures in the Grand Line, they’re joined by Chopper, Nico Robin, Franky, and Brook. And when they reach the new world, former warlord Jinbei joins their crew.

Where to Watch One Piece

Depending on your region, you can watch One Piece on streaming services such as Crunchyroll, Funimation, Hulu, and Netflix. Keep in mind, however, that Netflix only covers up until the Alabasta Arc. The same goes for Hulu, which stops in the middle of the Dressrosa Arc. You can also find it on Amazon to own digitally and physically.

Furthermore, One Piece Film: Red just started releasing in theaters. If you decided to get into One Piece, then you should definitely see this film. It tells an exciting and emotional story about Red-Haired Shanks’ daughter, Uta. The movie took the top spot during its opening weekend, earning 2.25 billion yen ($16.68 million) at the box office.

One Piece Video Games You Should Play

With a franchise as big as One Piece, it’s only natural for them to release video games. If you want to play as your favorite characters, then here are One Piece video games you should play.

One of the most recent releases is One Piece: Pirate Warriors 4. Here you can experience some of the stories yourself, as they adapted arcs such as Alabasta, Marineford, and Dressrosa. You can also choose any character who’s relevant to that particular arc. Furthermore, the combat is engaging since you can basically plow through hordes of enemies. As of now, One Piece: Pirate Warriors 4 is the best One Piece video game available.

Anime You Should Try After One Piece

Even though people say One Piece is too long, fans all agree it doesn’t have enough episodes. When you catch up to One Piece, you should try these other anime while waiting for the next episode.

One of our recommendations is Fairy Tail. Instead of pirates, why not immerse yourself in a world filled with magical wizards? The characters are also really likable, and you will grow more attached to them as you watch the anime. Same as One Piece, it also has several memorable battles and soundtracks you can replay over and over.

And of course, since we mentioned pirates and wizards, you might as well try getting into the ninja world of Naruto. Luffy and Naruto are similar because they each have one goal: to become the Pirate King and the Hokage. If you decide to watch Naruto, get ready to meet powerful characters with unique abilities — just like One Piece.