One Piece: Pirate Warriors 4 (PS4) REVIEW – Set Sail For This One

One Piece: Pirate Warriors 4 is immensely fun and easily the best instalment of the franchise to date. 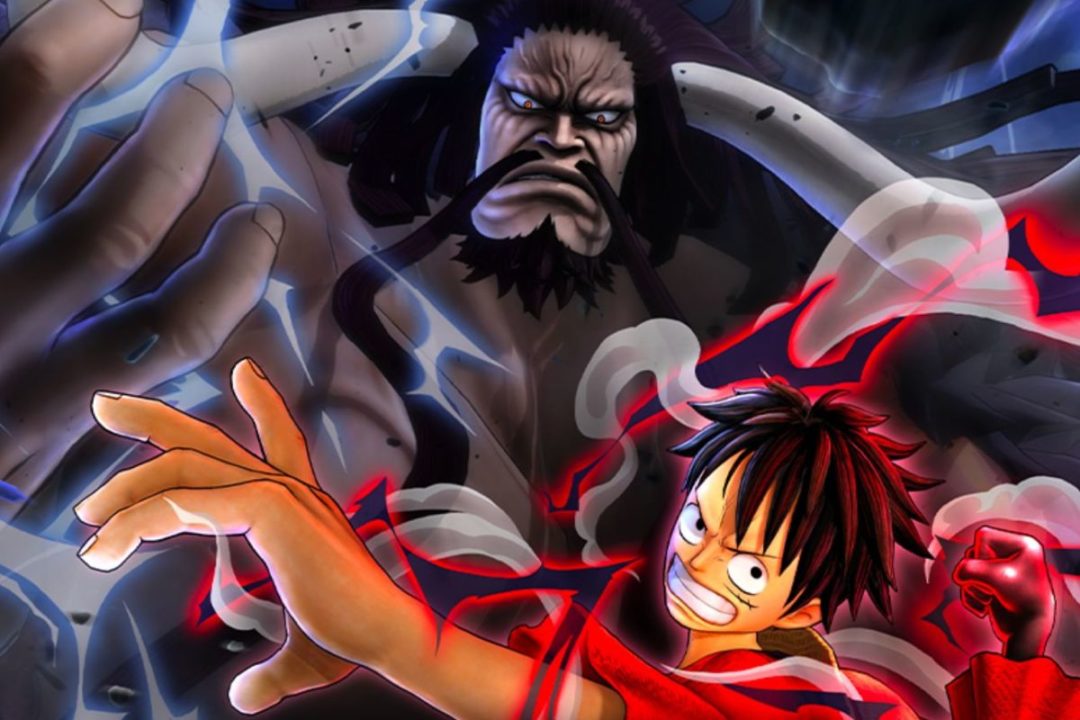 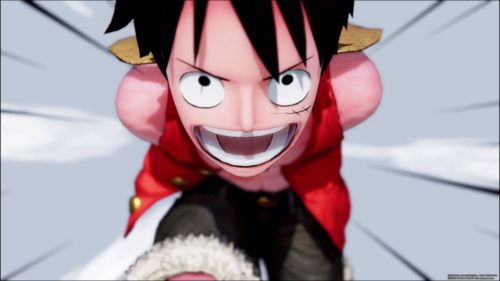 The One Piece anime series has been running for just over 20 years and boasts well over 900 episodes. The series has covered a lot of ground, giving Pirate Warriors 4 a veritable treasure trove of material to work with over the course of its action-heavy campaign. It’s very much a condensed version of events but still a lot of fun playing through the “Musou”-style retelling of One Piece’s ‘bigger’ moments.

Pirate Warriors 4 starts off with Monkey D. Luffy and Eustace Kid in the prologue as they battle towards Big Mom and Kaido, two of The Four Emperors. After being soundly thrashed and launched into the horizon, the campaign flashes back across a number of pivotal arcs in the series. Beginning with the Alabasta arc through to Dressrosa and beyond (skipping out notable other arcs like Skypiea, Thriller Bark and Impel Down), Pirate Warriors 4 does a good job of keeping you engaged throughout the shortened story. Even with some arcs abridged to a sentence or two during the cutscenes, I was surprised at just how easy everything was to follow.

The shortening of the story does inevitably mean there is a fair amount of cutscenes to watch and subtitles to read, however. Thankfully, solid voice acting and animation made this a treat to sit through. It’s a nice way for newcomers to the series to familiarise themselves with One Piece and events from the source material.

The graphics, too, have had a distinct overhaul since the third instalment, which was pretty janky in comparison. Here, the character models and framerates are smoother, only adding to Pirate Warrior 4’s much-improved presentation.

Fans of the series will be familiar with the gameplay of Pirate Warriors 4, as it doesn’t stray from what has come before. In each mission, you can pick from a small selection of characters relevant to that particular arc (or just have one character available, depending on what part of the story is being told) before heading out into Dynasty Warriors-style over-the-top brawling action. Each environment is littered with generic pirate or marine fodder for you to mow through, as you complete missions along the way.

You can capture bases by beating up a number of foes and defeating the leader of the base, along with sprinting across the map to find sub-missions, although these are usually more of the same: defeat a number of enemies/capture more bases. One of my only gripes was during the missions with larger maps, such as Marineford, where you find yourself backtracking to rescue allies struggling or in danger. Especially in parts where certain pathways become cut off, it can be a little testing when you have a huge mass of enemies on screen and you’re trying to figure out how to get back to your pirate cohorts.

Destructible environments also feature in Pirate Warriors 4, with many buildings now able to receive damage or crumble to the ground following attacks or having an enemy blasted into them. The animation for the destruction itself is pretty ho-hum and its scale is perhaps not as grand as it could/should be. While it doesn’t necessarily add or detract from the gameplay, it does slightly help towards making the blows of combat feel weightier and more devastating.

This isn’t to say the fighting lacks fun, though. In fact, it’s much the opposite. The over-the-top button-mashing lends itself brilliantly to Pirate Warriors 4 and with so many minions on-screen to annihilate at any one time, the action is consistently enjoyable and you’d be hard-pressed to find any lulls.

You also don’t need to worry about being too flashy with your moves or combos – each mission is ranked on the number of enemies defeated and your overall completion time. The higher your end rank, the more berries you will earn for unlocking various skills and upgrades.

Before each mission, you can buy different upgrades from the map, including increasing health, attack power and defence, to new skills to equip your character with. The initial upgrade map will improve the skills of all playable and unlockable characters. Additionally, each character will have their own personal upgrade map, too. Here you can buy character-specific special moves and further improve their stats, which is especially helpful if you prefer to play them over other characters.

The special moves are activated by holding R1 and pressing one of the face buttons, with the more powerful attacks offering a quick in-game cutscene to accompany them. Each of the character’s attacks really gives a sense of who they are, their powers/fighting style and reinforces the frenetic combat of Pirate Warriors 4. Even though more or less every attack is achieved through the same combination of buttons, it never ceases to be exciting.

There’s plenty to do outside of the story mode, too, such as the Free Log mode, which lets you replay story missions but with any unlocked character. With such a large roster of characters available, it’s a good excuse to try out those you don’t have access to play as in the story. There is also Dream Log mode, which is arguably better than the story itself and where you’ll be spending the bulk of your time.

You can select any character and take them to one of many different grid-like maps. Many of the objectives are the same to those found in the story mode, such as capturing bases and defeating a number of enemies. However, Dream Log opens up more conditions to unlock further characters not obtainable in the story and presents somewhat more of a challenge with a notable spike in difficulty. It’s within these maps that levelling up your pirates will really pay dividends. I did want to take my powered up up Zoro into the online co-op mode, but this was unavailable at the time of reviewing.

It’s easy to say it is repetitive and more of the same, but One Piece: Pirate Warriors 4 takes an “if it ain’t broke, don’t fix it” approach to the series, which is by no means is it a bad thing. The environments are massive and vibrant, while the hectic combat feels unique to each character with brilliant animations to boot. The story mode, although another retelling of the overall plot and understandably forced to omit many details, is lengthy and great fun, while Dream Log is a superb mode to offer a bit more challenge to proceedings. This is definitely another step in the right direction for Pirate Warriors, cementing it as possibly the best One Piece game available right now.

A PS4 code was supplied by PR for the purposes of this review. 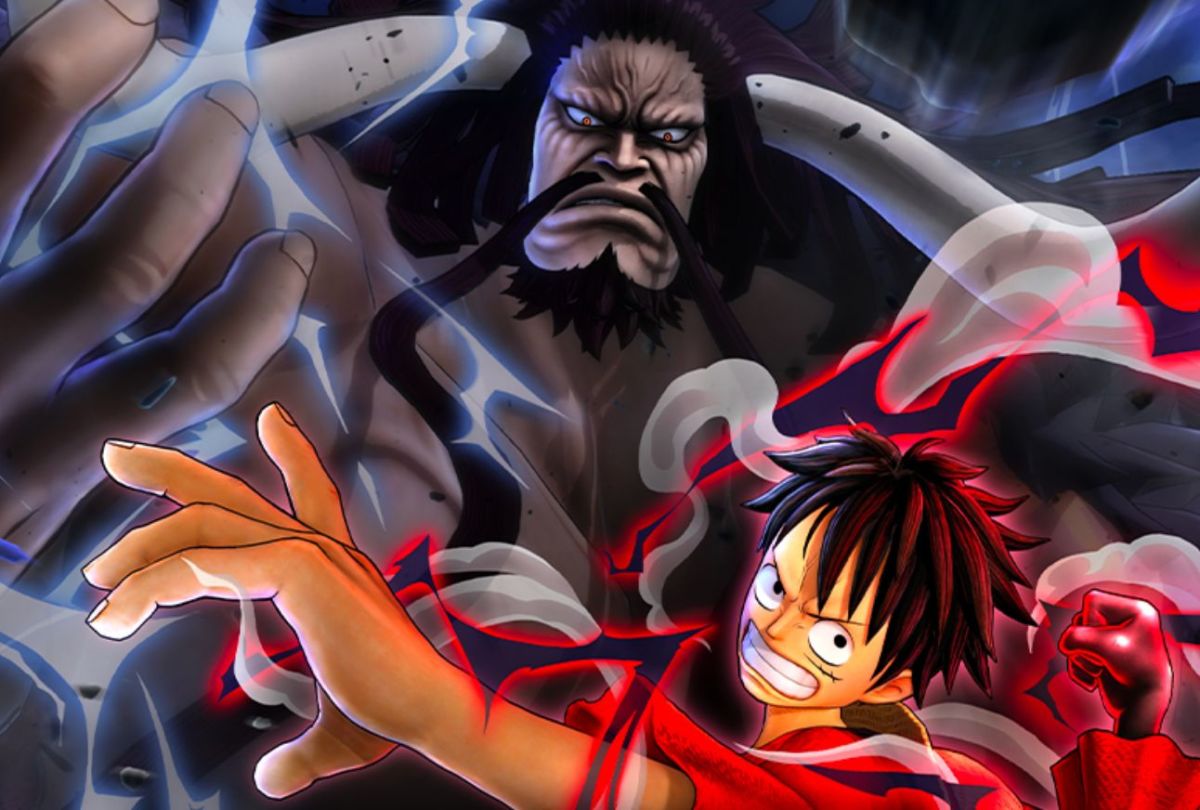 Verdict
One Piece: Pirate Warriors 4 is immensely fun and easily the best instalment of the franchise to date. You will absolutely want to set sail for this one.
8