Animal Crossing: New Horizons: How To Catch The Zebra Turkeyfish 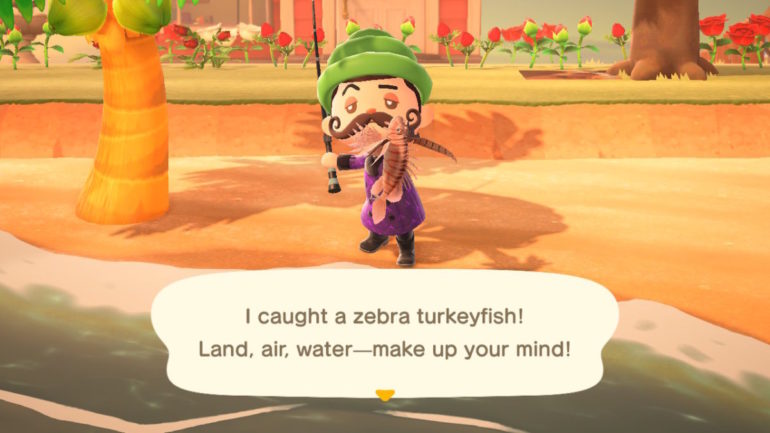 Animal Crossing: New Horizons is a game packed with creatures to catch, all of differing shapes and sizes. And, in the case of the zebra turkeyfish, how close they are to God.

The zebra turkeyfish is one of the game’s most unique looking fish in that it basically looks like a fish wearing a very extravagant scarf. Adding to the game during the start of April, you can find the fish lurking in the sea at any time of day. It casts a medium size shadow.

To catch the zebra turkeyfish, all you need is at least a flimsy fishing rod. Don’t forget that you can use bait to make a fish instantly appear in front of you, but also make sure that you are fishing at sea where the fish resides.

When Is The Zebra Turkeyfish Available Until?

The zebra turkeyfish is a part of Animal Crossing: New Horizons from April 1st until the end of November.

If you want to sell the zebra turkeyfish in New Horizons, you will receive 500 Bells for your troubles. Don’t forget that you can also hand them into Blathers for his museum or display them in your house.

Animal Crossing: New Horizons is available now exclusively for the Nintendo Switch. Players take control of a human as they look to make a tropical island into a paradise and get lots of animal pals.