Animal Crossing: New Horizons: How To Catch The Crawfish 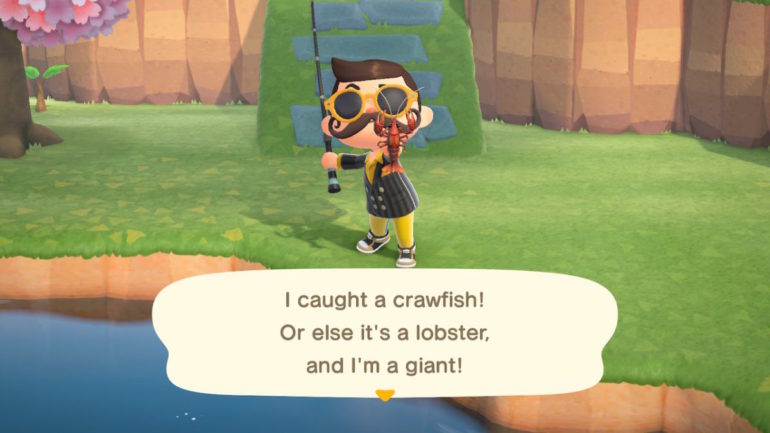 Since launching on March 20th, a lot of people have become obsessed with filling their Critterpedia in Animal Crossing: New Horizons and eagerly awaiting when a new batch of fish and bugs are released. One of the new fish up for grabs in April is the crawfish.

Available from April 1st until the end of September, the crawfish is a lobster-like critter that can be found in ponds. A pond is a small base of water that is not attached to a river or the sea. If you don’t have many ponds on your island, you can always create one via terraforming if you have unlocked the ability to do so.

If no crawfish are appearing for you, go to the beach and dig up a manila clam to craft some bait to increase your chances.

Currently active between 6AM and noon, though all creatures in New Horizons tend to not abide by the rules of time, as with all fish in the game, you will need at least a flimsy fishing rod to catch the crawfish. Blathers will accept the crawfish at his museum and you can sell any duplicates at Nook’s Cranny for a good amount of Bells.

The crawfish is just one of many new creatures added for the April update of Animal Crossing: New Horizons. Watch this space as we fill up our Critterpedia.