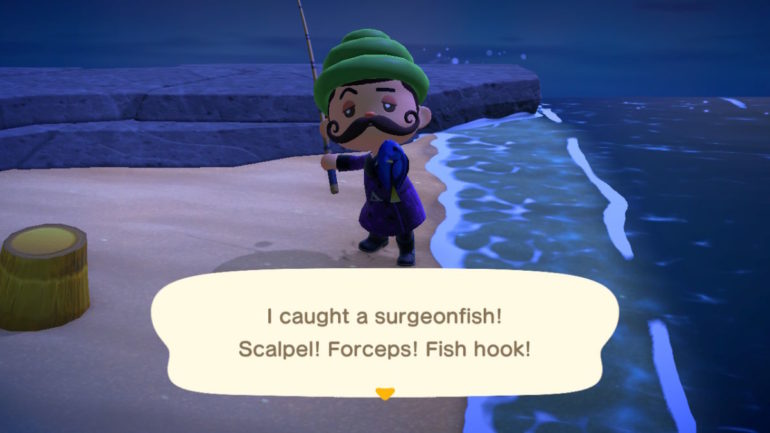 Animal Crossing: New Horizons loves to make players hunt down every fish they can, to not give them the one fish they want and resort to the sea bass instead. In the case of the surgeonfish, it’s a relatively common fish that you shouldn’t have too many issues finding.

The surgeonfish is a blue, black, and yellow fish that might be immediately familiar to Pixar fans. That’s because it’s the same fish as Dory from Finding Dory and Finding Nemo, and it’s yours to own in New Horizons.

To catch the surgeonfish, you must go fishing in the sea with at least a flimsy fishing rod. They are available all day and have small shadow sizes. Don’t forget to rely on some bait to try and make the process of catching one a lot faster.

When Are Surgeonfish Available Until?

The surgeonfish are a part of Animal Crossing: New Horizons from April 1st until the end of September. That gives you an opportunity to find Dory many, many times over.

The surgeonfish unfortunately doesn’t fetch much of a price in New Horizons, its price being just 1000 Bells if sold at Nook’s Cranny. Don’t forget that you can also hand them into Blathers for his museum or display them in your house. You might even be able to re-enact Finding Nemo with a clown fish as well.

Animal Crossing: New Horizons is available now exclusively for the Nintendo Switch. Apart from collecting fish, players can also hunt down bugs and build their dream house that they can turn into a wrestling arena or something.