Animal Crossing: New Horizons: How To Catch The Clown Fish 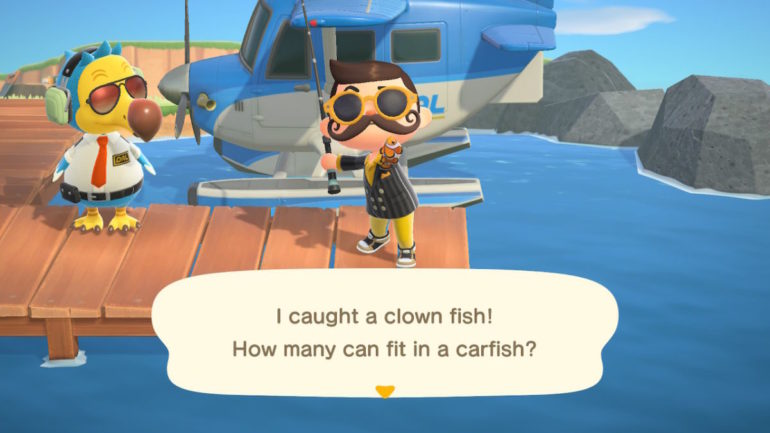 With New Horizons museums across the world filling up the more players catch their fish and bugs, April 2020 brings a whole host of new critters for them to track down, one of them being the exceptionally cute clown fish.

Often dubbed the “Nemo fish” due to Pixar’s Finding Nemo, the clown fish is a small fish with orange, black, and white colouring that is available from April 1st until the end of September. You can find the clown fish in New Horizons in the sea that surrounds your island between 6AM and noon.

As you might expect due to its size, the clown fish will cast a very small shadow in the water. The first time we found them, they were near the dock on a mystery island, so that may be one of the most relibable places to look, though they aren’t exactly uncommon as is. To catch them, as with all fish, you will just need at least a flimsy fishing rod.

Once you’ve caught your clown fish, you can then take them to Blathers to be added to the museum, sell them at Nook’s Cranny, or display them somewhere by pressing “place item” on them when they are in your inventory.

Animal Crossing: New Horizons is out now exclusively on the Nintendo Switch. Players arrive at a tropical island and can then do whatever they like, whether that’s terrorising neighbours with a net or turning it into a Utopia.

MORE AC: How To Catch The Crawfish