A proper story in a galaxy far far away. 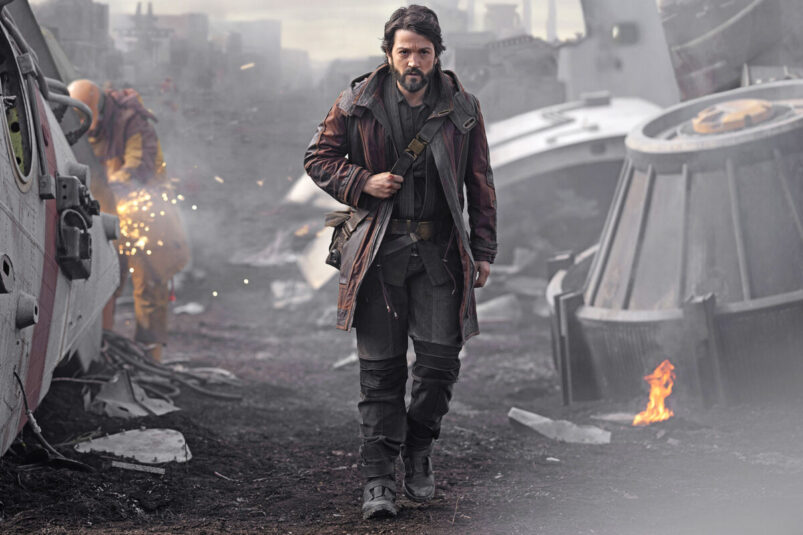 Andor doesn’t have that problem. Showrunner Tony Gilroy has gone on record saying he isn’t even a big Star Wars fan, and Andor is all the better for it. Where much of the recent Star Wars projects have been more than willing to throw out logical and satisfying storytelling in order to shoehorn in a recognisable character from the past. Andor has no interest in trying to get a cheap pop out of its audience by tossing a character from the Skywalker Saga or animated shows where they don’t need to be. There will be no videos titled “Reacting to THAT Character Reveal on Andor” and it’s that attitude to simply tell a story, rather than please a Star Wars audience, that’s allowed it to become the best Star Wars has been since the original trilogy.

It’s weird to say that a show that serves as a prequel to a prequel and whose main character was originally a supporting character doesn’t fall into the same trap of “look at this character you know” but it honestly doesn’t. Every character in Andor is there to serve the story, not the other way around. Cassian Andor is the main character and ostensibly the show is about how he joined the Rebellion and ended up where we met him in Rogue One but it’s also about what Star Wars has always been about: fighting against hate and facism.

There are no Jedi here, no Sith, no lightsabers, and no Force, because there doesn’t need to be. So often in the current era of Star Wars, good storytelling is thrown away so that somehow Palpatine can return. The audience sees that familiar face, and, yes, know that this is a Star Wars.

There’s a recurring online joke that whenever a new Star Wars project is released, all the fans get excited that “Glup Shitto” is back. Obviously there’s no character with that name, at least that we know of, but the sentiment is real. That fans get more excited over obscure characters from the universe returning over anything else. More and more, Star Wars has been catering to the fans who want a Glup Shitto, rather than those who just want compelling stories from the Star Wars universe. Character appearances take precedence over story.

That’s the crossroads that Star Wars has been stuck at in the modern era: make a Star Wars or make a compelling story in the Star Wars universe. Most have chosen the former. Rian Johnston tried the latter and people hated him for it, so Disney retreated to the safer waters of having everything revolve around the Skywalkers and the Force.

The Mandalorian almost avoided this, offering a show that played out like a western set in a part of the Star Wars universe far far away from all the faces we’ve seen a million times. Then it became the show where animated characters from The Clone Wars showed up for fans of that to be excited over. By the end of season two, it was the show that wrote its characters into a corner just so Luke Skywalker could bail them out. That’s not good storytelling, that’s pandering to a certain group of fans.

The Book Of Boba Fett had Boba Fett taking on the Pyke Syndicate crime organization – but instead of building up to a confrontation with a Pyke member we had met, it instead just has Cad Bane show up for the last episode. Cad was a great character in The Clone Wars but when he shows up in Book of Boba Fett, he’s nothing. He means nothing to that story. There’s no reason to care about his arrival unless you watch The Clone Wars, and even then, all there is to his appearance is to point to a cool character you know from before. Instead of having a show that builds to a logical and satisfying confrontation between a protagonist and antagonist that have an relationship that was portrayed in the series, it ended up being a show that built to a cameo people could excitedly react to.

Andor has been lauded for its character development, its portrayal of how facism works to maintain its control on those it has power over, and its depiction of how ordinary people can rise against regimes like the Empire. All of that is true to life and the reason it works so well is because it doesn’t bring in any Jedi to come save the day and it doesn’t need any Sith to make the Empire scary. If anything the Empire in Andor is scarier than Darth Vader could ever be. It isn’t force users and lightsabers keeping people in line, it’s bureaucrats and stormtroopers.

There are no cameos from Glup Shitto in Andor. There’s barely any characters you could sell toys of. What Andor is packed full of is what’s been missing from so much of Star Wars recently: a real story with real stakes. Complicated characters who have to find their way in the universe without a sudden Jedi appearance to bail them out. This rebellion has nothing but hope and the show is all the better for it. Many people online have said that Star Wars should be more like Andor going forward. That’s true – but not in its tone, or the type of story it tells. The beauty of Star Wars is how the universe allows for so much variety in what it can be. Andor’s influence on the rest of the franchise going forward needs to be its willingness to put the story before the Star Wars.