Looking cool can't make up for working with the forces of evil. 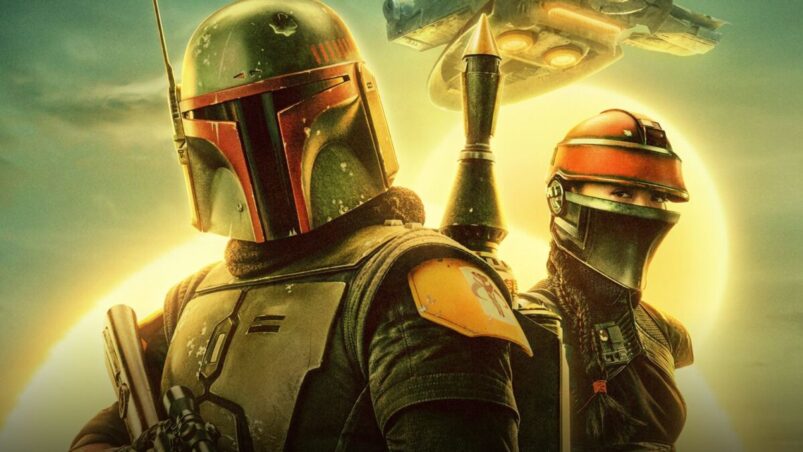 Two episodes into The Book of Boba Fett and it’s abundantly clear that this Disney+ series is determined to rehabilitate its titular protagonist – one of the Star Wars universe’s most popular villains. This redemptive journey from henchman to anti-hero continues the “space Western” vibe established in The Book of Boba Fett’s wildly popular precursor, The Mandalorian, by recasting Boba Fett as a pragmatic, often brutal figure who nevertheless adheres to his own (harsh) moral code. Watching this transformation unfold is undeniably entertaining, but if Book of Boba Fett co-showrunners Jon Favreau and Robert Rodriguez hope to make it stick, there’s something they need to address first: Fett’s troubling history with the Empire.

See, back when Boba Fett was a bounty hunter, he regularly took on bounties posted by the Empire, and that’s a big problem. Sure, most of Fett’s other jobs were no doubt unsavoury – he also regularly worked for space slug crime boss Jabba the Hutt, too – and Favreau and Rodriguez clearly intend Fett to be a morally ambiguous anti-hero in the tradition of The Man With No Name from Sergio Leone’s classic Dollars Trilogy.

Just like Clint Eastwood’s nameless gunslinger in those Spaghetti Westerns, Fett balances his unique brand of justice with a decidedly mercenary streak – and that includes working for clients on both sides of Star Wars’ intergalactic civil war. He operates within a moral and ethical framework far greyer than even the likes of Din Djarin, the morally flexible lead character in The Mandalorian, would be comfortable with.

Yet by working for the Empire back in the day, Fett was effectively in bed with the Star Wars universe’s equivalent of the Nazis. That’s no exaggeration, either – from its all-white, grey-suited and jackbooted officers to its faceless stormtrooper grunts, right on through to its tyrannical rule of the galaxy, the Empire very specifically evokes Nazi iconography and ideology. What’s more, it reflects all the horrors that regimes like the Nazis are capable of: fascism, xenophobia, racism, and genocide. Clearly, the agents of the Empire are not people you should ever find yourself doing business with.

Admittedly, the worst thing we see Fett do in service of the Empire – in the movies, at least – is pursue Han Solo and Princess Leia in The Empire Strikes Back (although a throwaway comment by Vader implies that Fett may have disintegrated his previous Imperial bounties). Even so, like everybody else in this galaxy far, far away, Fett knew exactly what the Empire was up to; at that point in the saga, they’d already used the Death Star to blow up an entire, defenceless planet!

Yet Fett, who was fully aware of this very public war crime – and that Darth Vader, the guy who signed off his invoices, was one of the people responsible – still went after Leia and Han. He knowingly collaborated with Space Nazis, and The Book of Boba Fett needs to reckon with this if Favreau and Rodriguez expect us to fully sympathise with him.

And the thing is, it can – in fact, this is something The Book of Boba Fett seems almost custom built to do. Flashbacks to Fett’s past are the backbone of the show’s underlying narrative structure, so there’s plenty of scope to explore why he’s spent most of his notorious career on the wrong side of history.

For example, The Book of Boba Fett already includes flashbacks to Fett’s childhood circa Attack of the Clones, most notably the day Jedi Master Mace Windu lopped his father’s head off. Favreau and Rodriguez could well end up exploring the aftermath of this moment in more detail, as Fett’s service to the Empire might be partially rationalised by his misguided belief that the Empire – which overthrew the Jedi Order who killed his dad – isn’t as bad as everyone says (one of Star Wars’ biggest lessons is about how we all see the world from “a certain point of view”, after all).

Favreau and Rodriguez also need to give us a clearer picture of what exactly Fett did on behalf of The Empire between A New Hope and Return of the Jedi – and, more importantly, show us that he feels remorse for his actions. Flashbacks depicting at least one of his missions during this period are a must, as are present day sequences showing him making amends for whatever crimes he committed in the past. We need to see Fett atone for being part of the Imperial machine – otherwise, his “reformed baddie” schtick won’t ring true by the time The Book of Boba Fett’s seventh and final episode rolls around.

Fortunately, Favreau and Rodriguez already have the perfect template to follow: The Mandalorian Season 2 episode “The Believer”. Here, we learn that ex-Imperial sharpshooter Migs Mayfeld – now a mercenary so seemingly amoral, he makes Fett look like a pillar of the intergalactic community by comparison – is secretly haunted by the atrocities he took part in while a soldier of the Empire. This guilt is ultimately what motivates Mayfeld to destroy an Imperial oil refinery during the episode’s finale, decisively severing all ties with the Empire in the process. Sure, nobody’s ever going to mistake Mayfeld for a good guy, but his big redemptive moment works, and that’s because, above all else, it feels earned.

This is exactly the kind of moment we need from Boba Fett in The Book of Boba Fett if we’re going to buy his transition from villain to anti-hero. Because until Star Wars’ greatest bounty hunter owns up to his role in the Empire’s reign of terror and makes up for it, not even his legendary tracking skills will help him find true redemption.