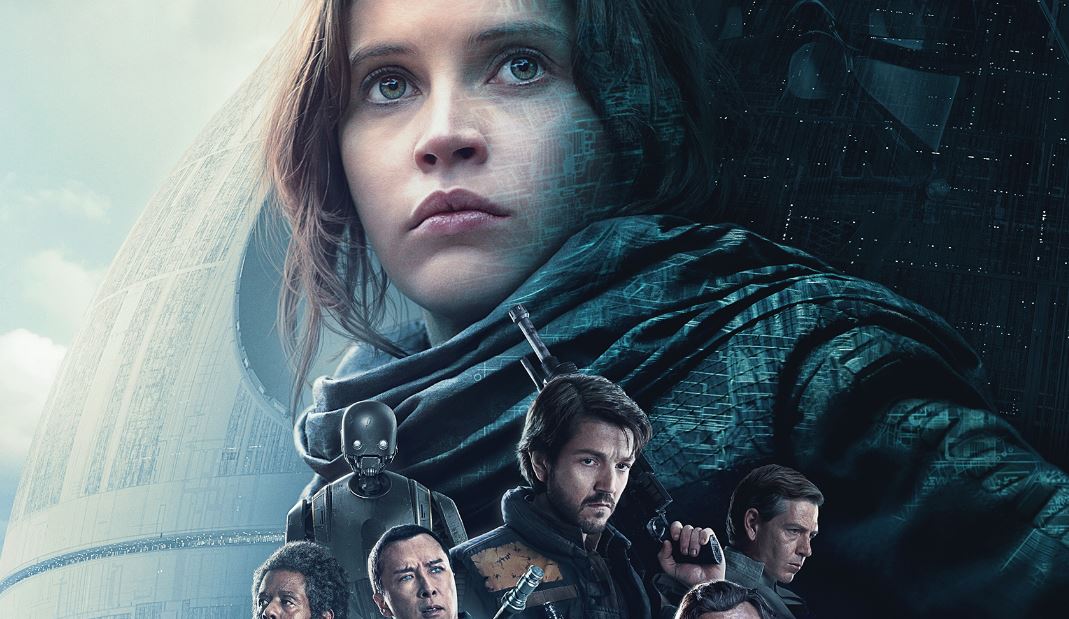 When I initially heard of Rogue One being the first of many Star Wars spin-off movies, I was sceptical.

Not because I didn’t have faith in director Gareth Edwards to deliver a decent product, mind; I personally found 2014’s Godzilla to be a more than bearable film. No, I was apprehensive towards the title because I couldn’t see how the infinitely watchable Star Wars: The Force Awakens could be surpassed when it came to modern Star Wars titles – how could I invest in and care about a set of characters we’d never even heard of? Now, after seeing the film, I’m wondering if I’ll care nearly as much about Rey and the gang as I did this bunch of ragtag heroes.

Yes, you can stop holding your breath: Rogue One: A Star Wars Story is a really, really solid entry into the legendary universe we’ve loved since its inception way back in 1977. Telling the previously touched-upon story of how the rebels acquired the Death Star plans to combat Darth Vader’s iconic warship, Rogue One feels refreshingly different from the typical space opera affair. There’s still the elements that make this feel very much a part of the chronology – the force, Jedi, droids, the Empire – but it’s the delivery of all of these beloved features that makes the film stand above what it potentially could have fallen in to; that being, a forgettable exposition piece that serves to do nothing more than provide backstory.

Instead, what we get is a thrilling journey of redemption and bravery that manages to remain self-contained, and yet feel like it has such far-reaching repercussions. Fans of the saga will know precisely how this film is going to end, and yet that doesn’t detract from the impending sense of doom that casts a menacing shadow over the entire movie. If anything, knowing the conclusion makes matters even more pressing, because the stakes are set so incredibly high and – as any keen observer of mortality will tell you – not everybody is expected to make it out alive in this one. Characters are more expendable than ever before this time around, and that makes every blaster shot and explosion all the more dangerous.

The perilous state the characters are in wouldn’t matter if we didn’t care for them, but this certainly isn’t the case. Whether it’s the lovable pilot Bodhi Rook (Riz Ahmed), or protagonist Jyn’s (Felicity Jones) suspicious captain companion Cassian Andor (Diego Luna); all of the players on the board feel like real people that have existed long before the movie takes place. Peril feels exactly how it should: perilous. And this is certainly the case when you’ve got a solid villain in the form of Orson Krennic (played excellently by the Australian Ben Mendelsohn) – a leading Empire foe who’s happy to show off the power of his new killer base. Maybe you could even expect to see a few familiar faces dotted here and there, but I won’t spoil that in this review.

All this action and chaotic drama is all the more stunning in how Gareth Edwards chooses to show everything; visually, this is one of the most striking Star Wars entries to date – and one of the most gritty. As mentioned, the director’s previous work with Godzilla has allowed him to master the art of scale, and when it’s required, the threats do seem truly insurmountable. Not only this, but there’s also several shots which stand out as genuinely beautiful. One in the trailer for example, which shows the Death Star eclipsing the Sun over the desert planet of Jedha, truly manages to capture the sense of dread that the scene calls for. I’m sure many fans would’ve been happy with a handful of callbacks and some space battles, but so much effort has been put in to make Rogue One a stunning film at parts.

Not only is the movie beautiful at times, but it’s somehow simultaneously coated with a film of dirt and mud that makes everything feel so much more raw than what has came before (or, chronologically speaking, after). In other Star Wars titles, the Stormtroopers would have a certain sheen that made their armour seem impenetrable; here, even they suffer from the horrors of war and have scars to tell the stories. It’s a bold direction to take the series, and one which will hopefully be adopted in future entries or spin-offs.

Despite the arguably more mature tone, there’s still a whole heap of callbacks throughout the 130-minute run time. Whether it’s subtle, nuanced hints towards aspects previously seen, or full-blown cameos that’ll have fans jumping with joy – Rogue One certainly knows its roots. At times, some may find these to be a little too frequent and conclude that it’s arguably pandering, but I’d say that it’s easy to turn a blind eye to all the easter eggs if you’re not familiar with them. It’s truly a movie that gives you more the more you put into it, and as a fan of the series, I was loving every second of it.

Rogue One: A Star Wars Story isn’t quite a flawless film, though – few ever are. The main issues here come with the pacing of the first act, when several new faces are all introduced one after the other. It’s understandable, because we’re witnessing the introductions of many completely unknown figures, but there’s moments at which the movie jumps around so much it’s almost unbearable. Thankfully, this only feels like it happens for maybe the first 30-minutes, and from this point on you can sit back and truly enjoy the meticulous story being woven.