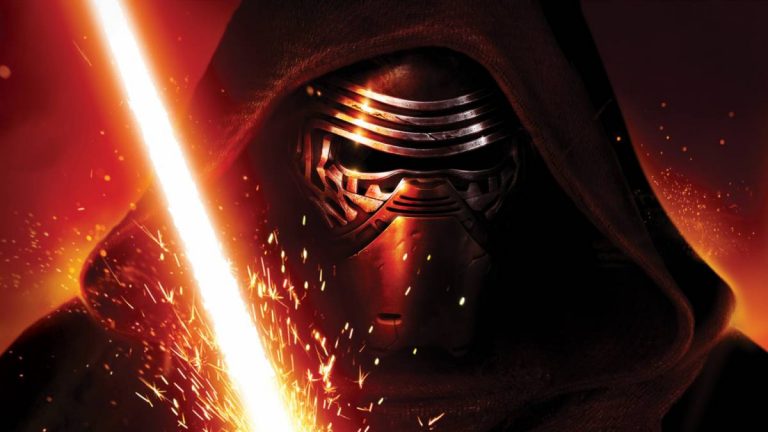 You might have noticed that we Cultured Vultures have covered very little about the much-anticipated The Force Awakens. We didn’t want to needlessly add to the hype by analysing every second of trailers and spinning endless theories, contributing towards any disappointment for viewers when it actually came time to watch the thing.

Well, we needn’t have bothered. Star Wars: The Force Awakens lives up to the hype, and then some.

It’s a testament to the quality of J.J. Abrams’ film that it was the last thing I thought of before I went to sleep (not before at least an hour of tossing and turning, trying to digest it all) and the first thing that came to mind when I woke up. He’s crafted the perfect medley of fan-pleasing throwbacks and enthralling new depth that’s sure to please almost all audiences. Within five minutes of The Force Awakens, I was already more invested in the film than I had been the entirety of the prequels. Although not as bad as most of the internet believes them to be, they were dragged down by wooden delivery of a weak script.

There’s no such issue here. Lawrence Kasdan, J. J. Abrams and Michael Arndt have crafted a script that’s irresistibly kinetic, allowing the old and new cast members to harness a rare chemistry that brings out the best in each of them. Harrison Ford puts in one of the best performances of his career, portraying a Han Solo more nuanced than one we’ve ever seen before. Carrie Fisher’s Leia is such a grounded, quietly graceful character that you have to hope her career can only rise up once again. Of the new cast members, Daisy Ridley’s big screen debut as Rey should go down as the breakthrough performance of the year, delivering the emotion and wit that would be befitting of an actor with twice the maturity. Elsewhere, Oscar Isaac’s rise to household name continues with his portrayal of Poe Dameron, the Resistance’s greatest pilot. John Boyega is also capable as stormtrooper turned renegade Finn, showing why Abrams and co. plucked him from relative obscurity.

I thought it would be impossible for a Star Wars villain to be as effective as Darth Vader, but Adam Driver’s complex Kylo Ren might just have him beat. Whenever he was on-screen, there was a palpable menace, an air of tension throughout the cinema. Adam Driver nails it, painting a character far more interesting than Vader – time will only tell if nostalgia allows Star Wars fans to see how much better they have it now with their big bad.

To go into the plot of The Force Awakens would be to ruin the spectacle for anyone who hasn’t seen it yet. I will simply say that it won’t disappoint and leaves the door open perfectly for the next installment. Abrams has succeeded in making a galaxy far, far away feel far, far greater in scope and richness. The locations are stunning, with the sands of Jakku being a particular highlight. The Force Awakens’ dedication to using practical effects as much as possible means that the use of CGI isn’t as overwhelming as it easily could have been, a welcome respite in the world of modern cinema where every screen has been obviously manipulated in some way in post-production.

As for the action, it reminded me a lot of 2015’s other best blockbuster, Mad Max: Fury Road. It only ever lets up to allow you some breathing space and even when it does, the next adrenaline-pumping sequence is just around the corner. Just like Fury Road, The Force Awakens is an extended chase, but where the latest Mad Max might have failed to invest time in its characters, the latest Star Wars certainly does not. It’s the perfect mixture that contributes towards The Force Awakens being possibly the best film in the franchise since Empire. That isn’t a statement to make lightly and with the possibility of hype still clouding my judgement, it might be a thought worth coming back to after the second or third viewing.

Listen, you’ve read enough. Just know that if you’re a dedicated Star Wars fan or a casual viewer, The Force Awakens is vital viewing. It might not save Hollywood, but if more filmmakers followed The Force Awakens’ blueprint, it could change the landscape. Go watch it before the internet watches it for you.