I Still Don’t Know How I Feel About Star Wars: The Last Jedi 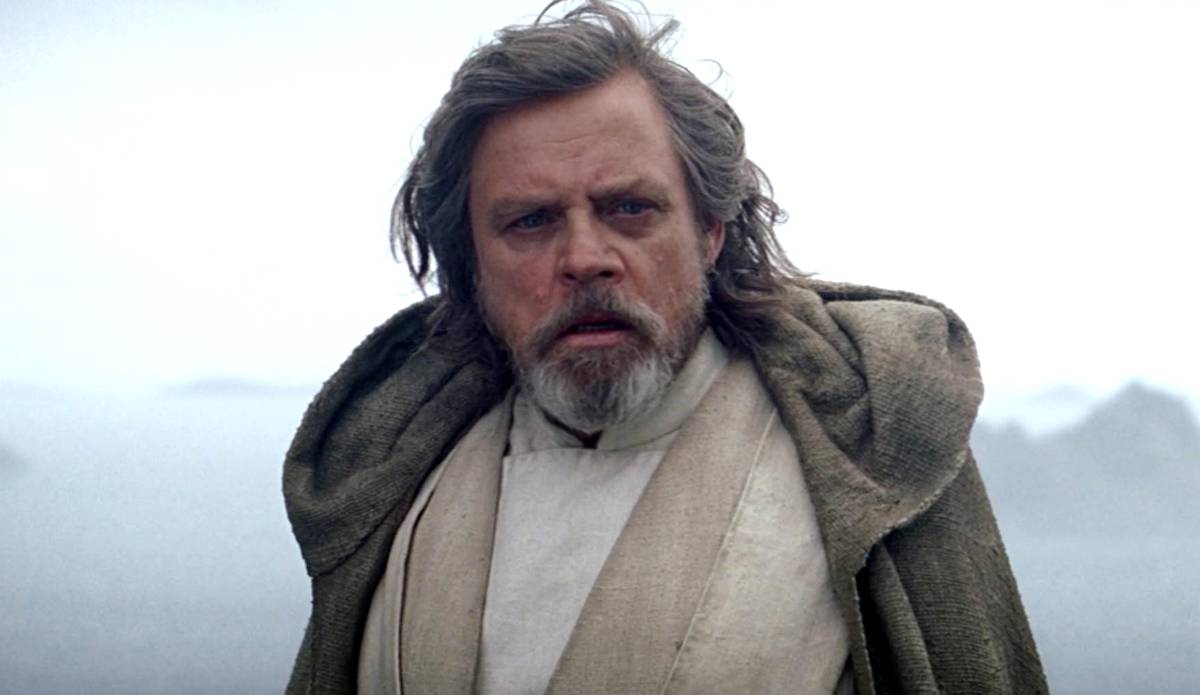 I watched The Last Jedi on Saturday. My seats were okay, right in the middle of the screen and not too far from the aisle, but there was a guy next to me who rudely sat in the seat he paid for, meaning it was a little too intimate for my solitary cinemagoer liking. The screen had a slight black border and the audio was a tad echo-y; nothing that I couldn’t live with. No, this was Star Wars, and as I ate my popcorn and drank my flavourless brand of coke before the film even began, I was all in, totally ready to be blown away.

I left the cinema with a frown, one that was burrowed into my forehead and even started aching on the bus ride home. It wasn’t an angry frown, or even one that had a place in my bulging catalogue of frowns. I had no idea what it was because I had no idea what I thought of the movie.

The Last Jedi was not the movie I was expecting. Star Wars movies fit into a set mould, but Rian Johnson’s vision twisted the clay and created something almost entirely different, something that I cannot make my mind up on. It’s almost four days later as I type this, and I still don’t know whether I hated or loved the thing.

Much like plenty of other fans, I walked into The Last Jedi expecting many things, but mainly resolutions -or even just further explanation- of the many threads that The Force Awakens left dangling, incidentally a movie that I adored when I watched it at a midnight screening and continue to adore, even if it was made purely as an exercise in nostalgia.

Would Rey’s parents be revealed? Who is Snoke? Who are the Knights of Ren? Would Maz and Chewbacca give in to their base desires? The Last Jedi answered none of the biggest questions I had for it, instead subverting absolutely every theory and expectation imaginable across its two and a half hours.

The Last Jedi, rather coarsely, sets aside the movies that came before it, the supposed rules about what the Force can do, and everything you think you know about this franchise. It should be plainly obvious to everyone when one of the series’ foundations suddenly joins the house of El that Star Wars has changed and it won’t be bound by your expectations of it. But is it a wise decision to more or less set fire to the rulebook and disregard so much dynasty?

I don’t know, and I don’t know if I ever will, at least until I watch it a few times. Rian Johnson’s body of work always stands up well to repeated viewings and is even sometimes enriched during a second glance, and I think The Last Jedi will again fit that bill. While I was so busy waiting for Luke to Force lift his X-Wing out of the ocean and to save the day, I forgot to pay attention to anything else.

If we’re talking about The Last Jedi as a completely separate thing, it’s a mostly great blockbuster with some patchy logic and a sometimes stumbling pace. Holdo’s stubbornness in not letting Poe in on the plan and a totally misplaced casino sequence are two of the movie’s biggest downfalls, but as a whole, it’s some decent space fun. There are also moments of excellence in The Last Jedi, enough glimmers to show that there’s hope left beyond the Skywalkers for the franchise. It would have to abandon its roots and tell entirely new stories without leaning on its established fan-pleasers at some point, but was anyone expecting it so soon? Perhaps it would have been better to point to the future in the closing part of this new trilogy rather than at the halfway point, but cutting the umbilical cord this early makes sense.

For Star Wars to remain fresh through Johnson’s independent trilogy, the spin-offs and beyond, it needs to close some chapters and start writing new ones. The Last Jedi is about the closest you can get to Disney and Lucasfilm slamming the book shut on older fans, those who live and breathe Star Wars for the legacies the likes of Luke and Leia left behind. The message is clear: lineage doesn’t matter and neither does history. It’s all about what happens here and now.

It’s never been a more curious time to be a Star Wars fan. While I can’t say I will approach each new film to hit cinemas with the same pre-adolescent glee, I will still be watching and hoping that they can make me fall in love with these new heroes and their stories. Nothing will ever be the same for the franchise again, and that’s exciting, but at what cost? Only time will tell when Episode IX: Maz’s Burning Loins hits theaters.