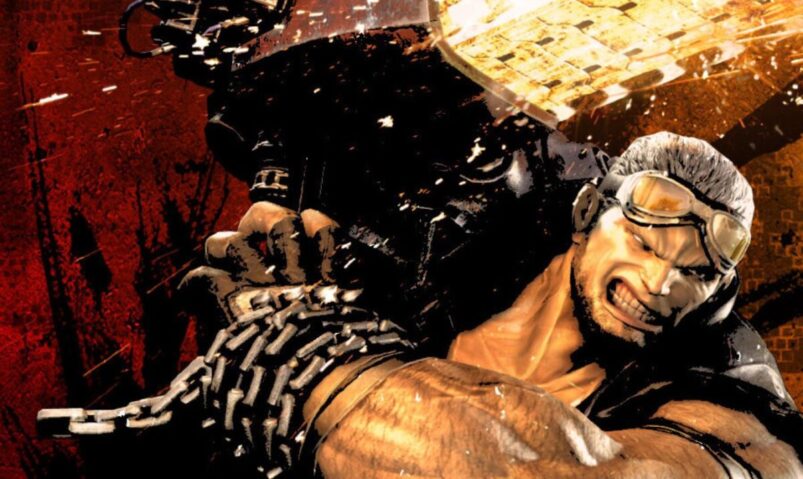 We’ve reached that point in the battle royale genre’s life cycle where developers are trying to do something interesting or unique with the formula, instead of chucking a bunch of people with itchy trigger fingers onto an island and seeing what happens. Personally, I’ve become somewhat fond of the “brawler royale” genre, which takes a more melee focused approach as opposed to getting sniped from across the map by some bush camping 12-year old hopped up on Gfuel, draining their parent’s credit card to buy cosmetics.

We’ve already talked about how the wrestling inspired brawler royale Rumbleverse could be a new contender when it launches later this year, while last year’s Naraka: Bladepoint has finally come to consoles via Xbox One and Xbox Series X & S. Naraka is an enjoyable samurai flavoured brawler royale, though the console port could do with some extra optimisation. Those menus and inventory screens are a bit clunky to navigate at the minute, but the action itself is incredibly fun.

No, I’m not just saying that because I got 15 kills in my first game.

It’s great to see multiplayer 3D brawlers succeed, because it’s felt like for a long time, any attempts to go down that road have failed. Bleeding Edge would be the biggest example. Developed by Ninja Theory, Bleeding Edge aimed to be the hero shooter equivalent of the multiplayer brawler genre, and while it featured some neat ideas and tight mechanics, there was very little support or interest in the game post-launch. Ultimately, it died quicker than Stadia did.

Seeing brawlers getting their time in the sun now makes me think of how ahead of the curve PlatinumGames were when they dropped Anarchy Reigns in 2012 in Japan (the game would launch in the West in 2013). A lot of the ideas and mechanics that seem revolutionary and like a breath of fresh air now were completely present within Anarchy Reigns, but for some reason, Platinum and SEGA’s collaboration isn’t as fondly thought of as other PlatinumGames. It’s got a better reputation than Babylon’s Fall, but that’s not exactly a high bar to clear.

A sequel to the underrated Wii slasher MadWorld, Anarchy Reigns was primarily an online focused brawler, with a campaign tacked on for good measure. The single-player portion of the game served as a solid primer for how the gameplay worked, but Anarchy Reigns truly came alive in the online modes, which could see up to 16 players duking it out at any one time. There was even a mode called Battle Royale, and while it didn’t feature a shrinking ring, it did feature randomised events that encouraged players to congregate in certain areas and get stuck in.

Like many of the 3D brawlers that have since made their way into the multiplayer spectrum, Anarchy Reigns featured incredibly simple controls that most players could easily master, but the trick is knowing where and when to use them. Simply mashing buttons against a skilled opponent would always lead to you getting destroyed, a core tenet that’s since been carried over to the upcoming slate of 3D brawlers. If all you do is spam dropkicks in Rumbleverse, you’ll get bodied quicker than Titus O’Neil falling down an entrance ramp, and the same would be true in Anarchy Reigns too.

These multiplayer brawlers also thrive on the chaotic energy that can only occur when you stick a bunch of competitive fighters together and see what happens. Being interrupted during a combo, or even saved because someone else decided to third party your fight, giving you a chance to escape, is all part of the common occurrences in a modern brawler, and Anarchy Reigns was filled with these moments.

In fact, Anarchy Reigns offered more than just battle royales and deathmatches, with modes like Team Battle (one team must protect their VIP), Capture The Flag and Death Ball, a mixture of sports and brawling. Sure, they weren’t as popular as sticking 16 players together and having a massive scuffle, but it was great to see a game experiment with other gameplay types, which has been seen most often in platform fighters like Brawlhalla’s limited time modes, or Gang Beasts’ football-esque mode. Like Deathball, GB’s football isn’t as popular, but it’s still a worthwhile inclusion.

While Anarchy Reigns can’t be considered the sole responsibility for the success of games like Naraka: Bladepoint and Rumbleverse, as they’ve clearly followed on from the juggernaut that is Fortnite and other battle royale games of its kind, it’s interesting to trace the DNA of the current crop of brawlers to one of Platinum’s most underrated hits. If this modern wave of brawlers can find some success, it’d be amazing to see Anarchy Reigns revisited in the future.

If nothing else, just go listen to the game’s OST on Spotify. It’s absolutely incredible.