Good premise, not so good execution. 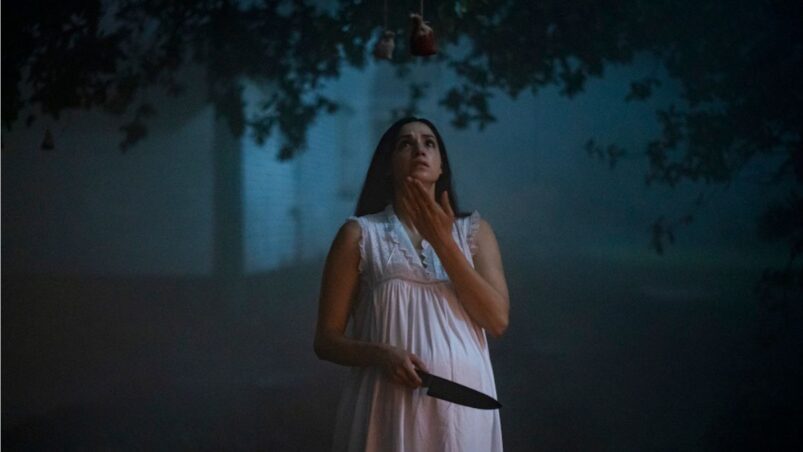 In 1975, 10 immigrant women from Mexico sued the Los Angeles County General Hospital for sterilizing them against their will. The perpetrators went unpunished, and this act of discrimination continues today. Said incidents are isolated, but they are no less tragic.

Ryan Zaragoza attempts to bring light to this particular incident in his recent horror film Madres. Zaragoza approaches the topic through the lens of a supernatural thriller, and while such an approach has potential, it doesn’t seem to work.

Madres stars Ariana Guerra as Diana and Tenoch Huerta as Beto, two newlyweds who are expecting their first baby. After settling in with a Hispanic community in California, Diana begins seeing a mysterious figure around her home. This ghostly apparition occupied the house before her and it doesn’t appear welcoming. As more of these instances occur, Diana realizes her neighbors are hiding an unseen force that seeks to do her – and her unborn baby – unspeakable harm.

Right off, the premise is good, as is the cast. Ariana Guerra and Tenoch Huerta are both great in their respective roles as Diana and Beto. Both share good chemistry and keep us interested in their struggles. Ariana Guerra does well at portraying a naive Diana, who doesn’t fit in with her new community. Her upbringing in an English-speaking family leaves her somewhat disconnected from her peers, and we feel the pressures as they dismiss her as a “gringa.” This personal crisis eventually drives a wedge between herself and her husband, leaving us to wonder if their marriage will survive.

Not bad for what would otherwise be a good drama, but this is supposed to be a horror movie – and this is where the film falters.

In the shift from drama to horror, we’re given our share of jump scares, false alarms, and creepy moments. Diana comes across ghosts and dismembered limbs, only to be dismissed as a nut by everyone around her. This approach might have been scary or suspenseful years ago, but it has been recycled so much that it just isn’t effective anymore. I found myself either looking away out of boredom or even laughing at the scary moments – and this is a red flag for any horror flick.

If anything, veteran actress Elpidia Carrillo carries a foreboding presence as Anita, a local shopkeeper who is fully aware of Diana’s pending crisis. She is superstitious and serenades Diana with amulets needed to protect her from “el maldicion” (the crisis). Carrillo’s moments are tense and engaging, but she plays a minor role in the film. I was expecting her to have a more commanding role in Diana’s conflict as an exorcist figure, but this never materialized.

I understand why Zaragoza approached the topic of discriminatory sterilization this way, but something was off throughout the entire film. A lot more could have been done to make Madres scary, be it more emphasis on the mysterious forces at work or just another draft of the script. What we get instead comes off as a mesh between The Amityville Horror and Silkwood, and this is just not a compelling combination.

Madres is not memorable in the slightest, but it is not an obnoxious watch. The only real selling point of the film is the cast, which performs to the best of their ability. Otherwise, Madres doesn’t carry enough water to be a terrifying flick. It succeeds as a drama but fails as a horror movie altogether, rendering it a mediocre entry into the genre.

READ NEXT: 15 Most Disturbing Horror Movies of All Time 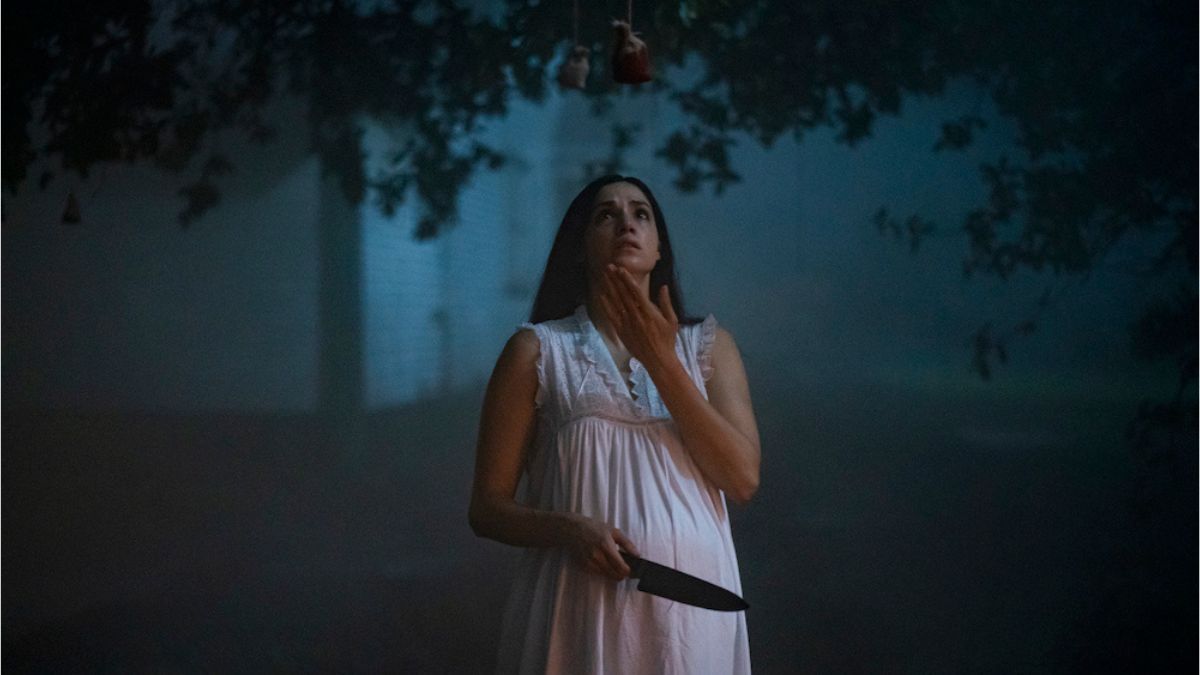 Verdict
Madres isn't boring or gory by any means, but it isn't frightening enough to be a compelling horror film.
5
Cultured Vultures is a pop culture website established in 2013 covering all things gaming, movies, and more. We eat your words.
All The News On The Biggest Games