5 Possible Actors Who Could Play Zatanna

With all the rumours swirling, could we be looking at a possible Zatanna standalone film? And if so, who should play her? 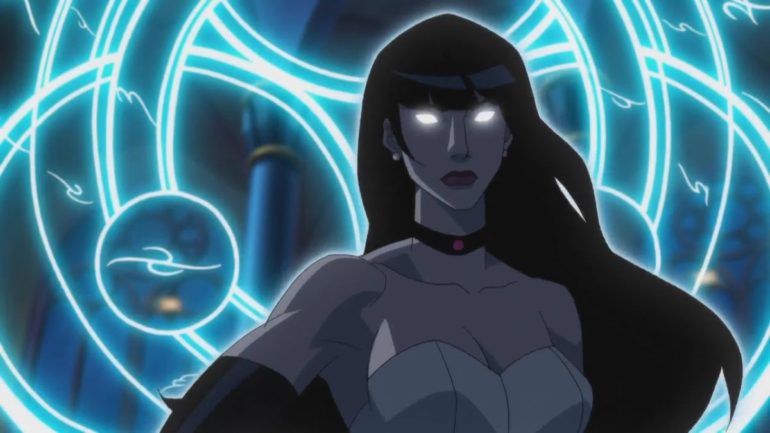 With the popularity of the Marvel Cinematic Universe (MCU), it was unsurprising to see DC trying to catch up with the implementation of its own Extended Universe. The DCEU would kick off in 2013 with the release of Man Of Steel, which would incorporate Nolan-inspired grittiness to offer a true contrast to the MCU. Unfortunately, the sequel Batman V Superman: Dawn Of Justice would experience a record box office drop in its second weekend, becoming a box office disappointment when it didn’t reach US$1 billion. Coupled with the critical battering experienced by Suicide Squad, the third film in the series, the DCEU seemed to be dying before it had even truly succeeded.

Justice League would seemingly confirm the death of the DCEU when it became a huge box office bomb, prompting a shake-up from Warner Bros. for future superhero movies. And then, to the surprise of many, the decision to move away from an expanded universe and focus more on individual stories seemed to work. Whether it was Wonder Woman beating Batman V Superman in terms of profit, Aquaman grossing over $1 billion to become the highest earning DC character movie yet, or utilising a smaller budget of $100 million to maximise its profits with the beloved Shazman!, Warner Bros. pictures seemed to have revitalised their burgeoning universe.

With the focus moving towards smaller movies with individual characters and creative choices, such as James Gunn bringing his tremendous work with ensemble casts in Guardians Of The Galaxy to the soft reboot The Suicide Squad, or Matt Reeves crafting a new The Batman trilogy with Robert Pattinson as the titular character, Warner Bros. Pictures and DC Films have a huge variety of films in development. The most recent and interesting rumours are related to magician Zatanna, with rumours suggesting she may be announced at the virtual DC FanDome event on August 22nd. Considering the popularity of characters dealing with magic in both the Harry Potter franchise and the Now You See Me series, there is undoubtedly an audience for the character. But who would play her? 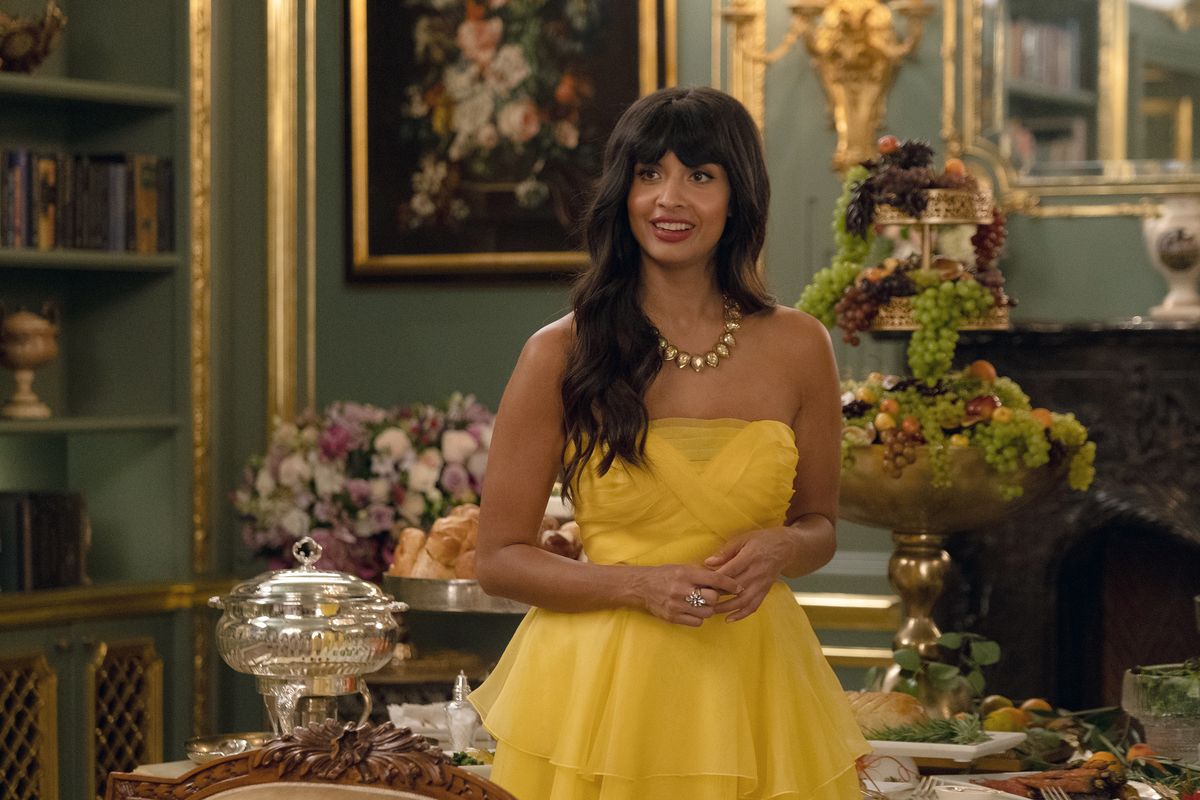 Having recently completed her role on the excellent comedy series The Good Place, Jamil has been recognised for her tremendous work on the series. She was even nominated for the Comedy TV Star of 2019 at the 45th People’s Choice Award, only losing out to her colleague Kristen Bell. This is especially impressive considering this was her first main acting role, transitioning from her role as a British television presenter. Her role as Tahani is predominantly comedic, which might mean some people are uncertain whether she can handle a main role, but she demonstrated great range in her performance through the years, showcasing her talents as an actor.

Yet despite that, even if Zatanna was portrayed in a slightly comedic aspect, this would be similar to the depiction of both Shazam and Aquaman in their stand-alone movies. Shazam in particular is mainly comedic, especially with Zachary Levi playing the titular role, with an element of action included. This could be an opportunity for DCEU to expand the diversity of their roster with Jamil having been born in London to Indian-Pakistani parents. Also, as Jamil has less experience in major Hollywood movies, she could also cost less as an actor, similar to Levi in Shazam!, which had an overall budget of $100 million despite major special effects. This could possibly help generate more profit in comparison to much more expensive stars, such as Dwayne Johnson earning over $23 million for Jumanji: The Next Level. It also helps that Jamil has shown an interest in the role. 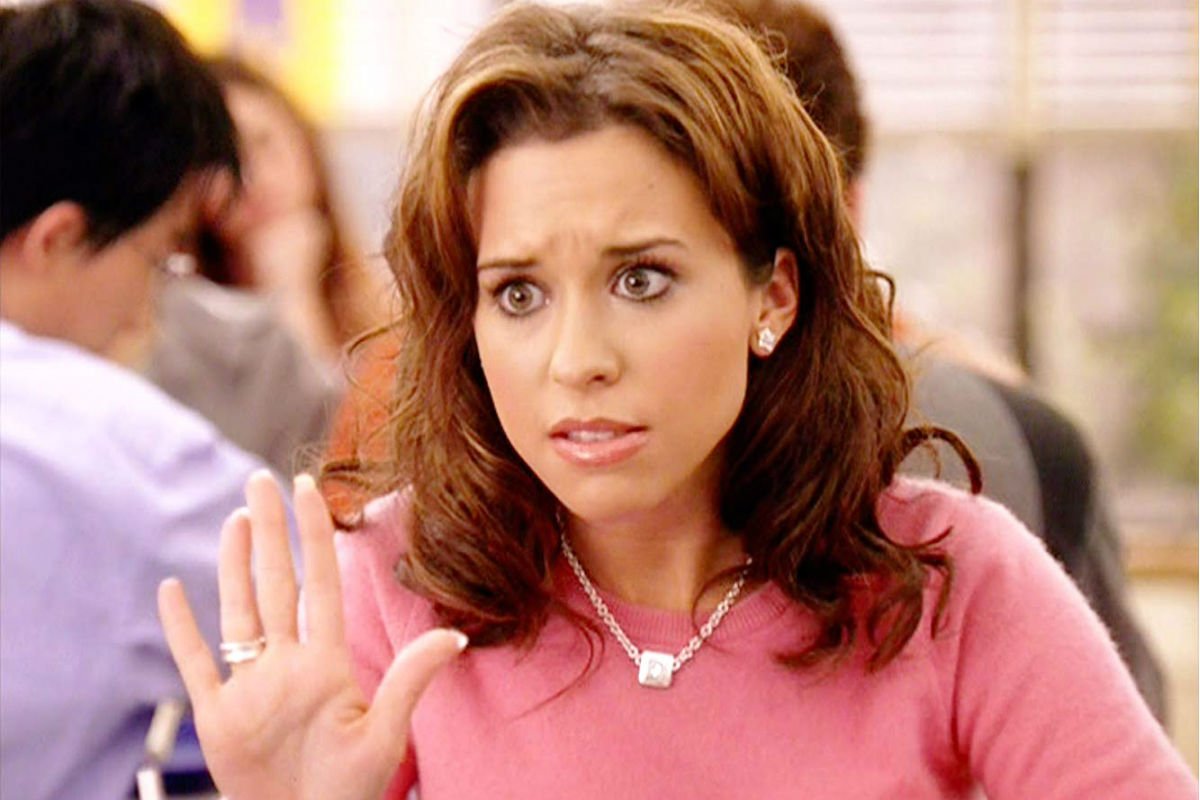 It might seem a slightly outside choice, Chabert is predominantly known for her role as Gretchen in the 2004 classic Mean Girls, but she’s actually the most experienced actress in terms of portraying Zatanna herself. Chabert has been the voice actress for the character ever since the debut of Young Justice in 2010, during a time where the character would lose her father Zatara and transition into the Justice League. Chabert would continue the role in the video game Young Justice: Legacy in 2013, the animated show Justice League: Action that ran from 2016-18, and the beloved video game Injustice: Gods Among Us.

With the experience and passion Chabert has for the character, it could be a good opportunity to incorporate her into a live-action depiction. This would be especially useful considering the requirement to sound authentic when casting spells, which is done by reciting words backwards (i.e. ecnad would make someone dance). 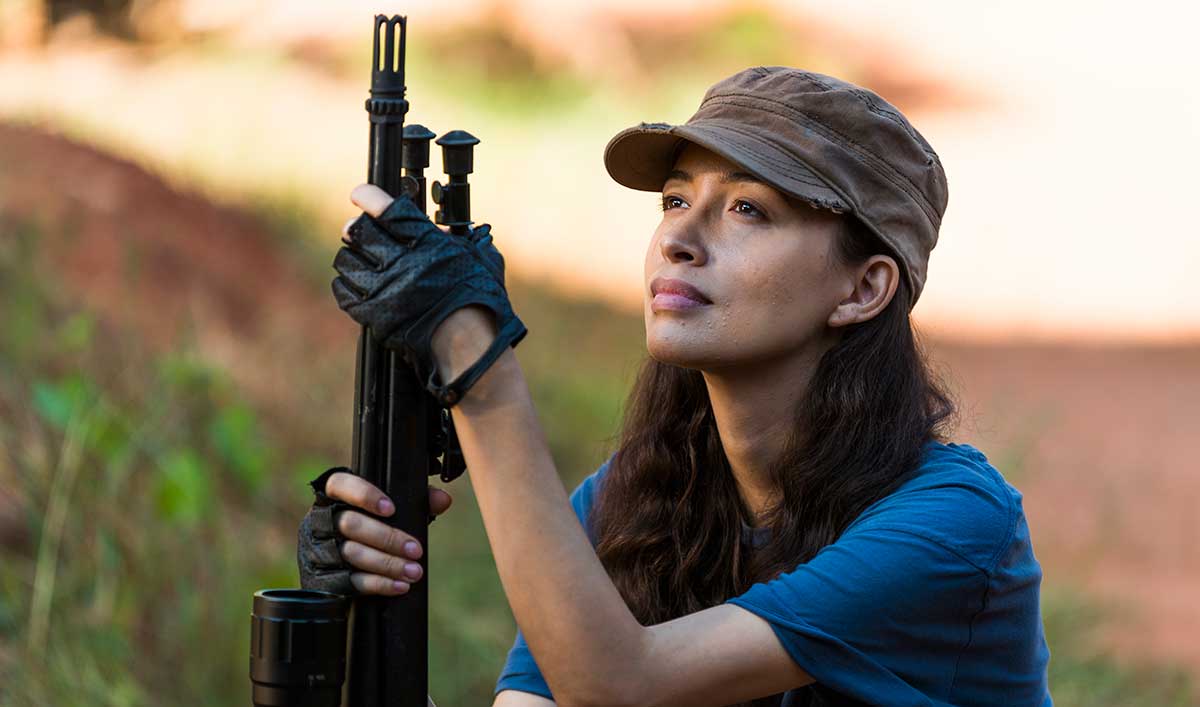 A descendent of Mexican-Italian parents, Serratos transitioned from competitive figure skating into modelling and then acting, coming to prominence as Rosita Espinosa in the ratings juggernaut that was The Walking Dead. Having demonstrated a tremendous physical ability in both figure skating and battling zombies since 2014, it could allow Serratos to impress in a superhero role as Zatanna. Serratos has also recently been cast by Netflix in a lead role as Mexican Tejano superstar Selena Quintanailla, demonstrating the confidence in her ability to lead a television show with international potential.

With the show debuting later this year on Netflix (currently), and Serratos quite young at just 29 years of age, there is a possibility to capitalise on her burgeoning popularity with a long term contract. This would be quite similar to MCU’s casting of actors such as Chris Evans, who would feature in eleven Marvel movies over nine years. The casting of Serratos could be an inspired choice for Warner Bros. to take advantage of. 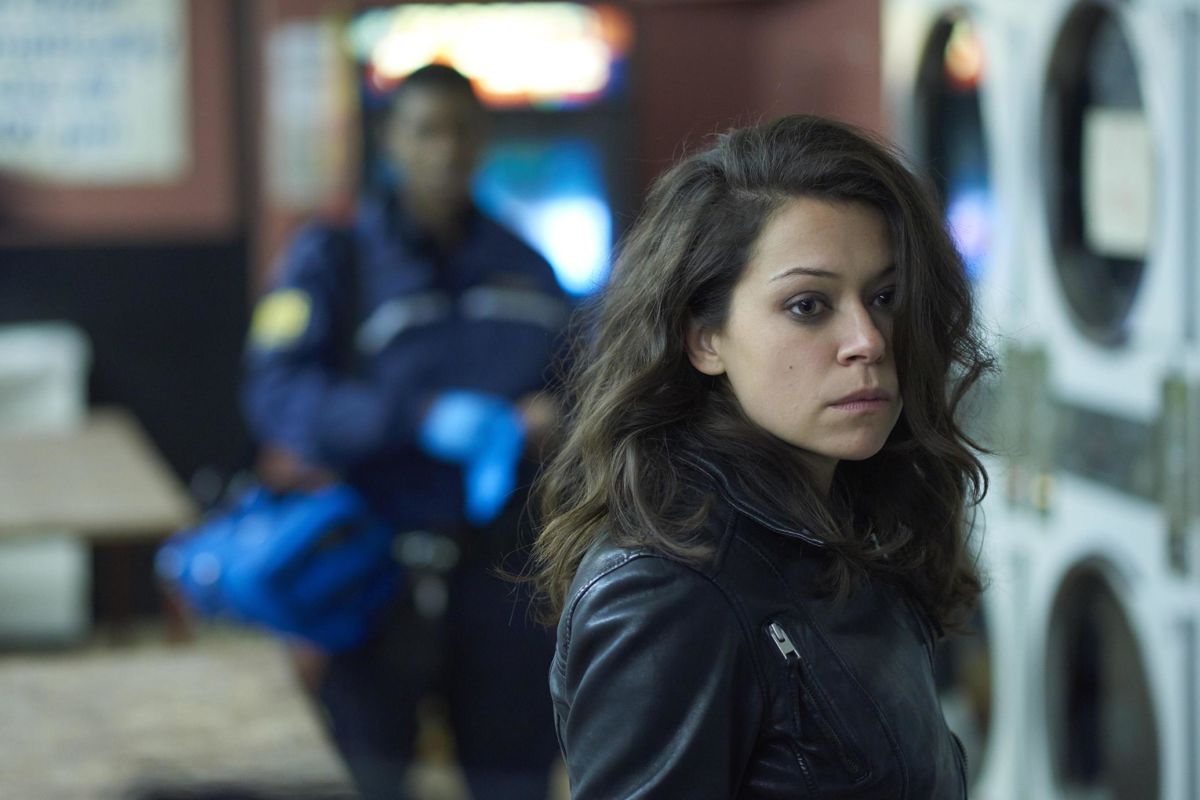 This Canadian-born actress is one of the most underappreciated actors in the world, following her work in Orphan Black, a Canadian science-fiction television show that ran from 2013-2017. During her five years on the show, Maslany portrayed multiple clones with different personalities, body language and speech, totalling 14 different unique characters during this time. Supposedly, Maslany would even use a continuity team to demonstrate different eye rolls depending on which character she was portraying, and has shown off a variety of impressive accents.

Unfortunately, despite her tremendous work over the five years, her popularity wasn’t capitalised on, as no production companies took advantage by casting her for major roles, ala Bryan Cranston in Godzilla. This led to her returning to television earlier this year with her performance as Sister Alice in the limited mini-series Perry Mason alongside Matthew Rhys. Having proven her ability as an actor, not only as the main character but as a member of an ensemble cast, Maslany may be perfectly primed for a role not only as Zatanna in a standalone movie but any future Justice League movie. 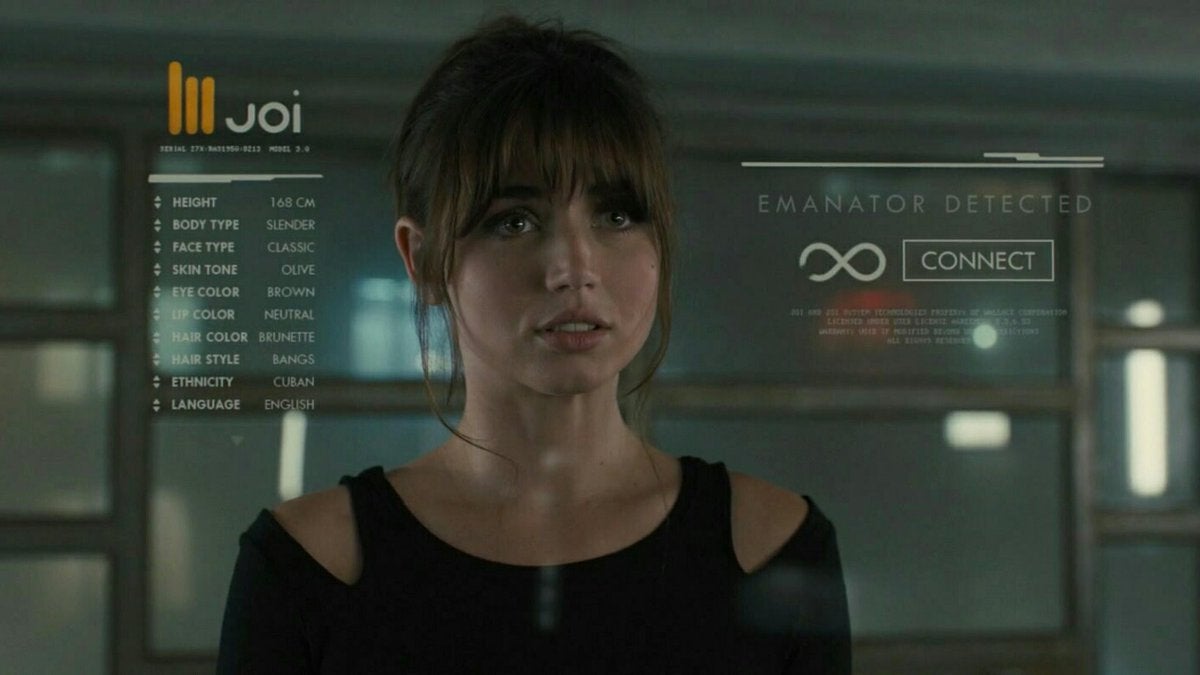 Aged just thirty-two years of age, De Armas possibly has the world at her feet as she continues to succeed in Hollywood. First breaking out in 2017 with her supporting role in Denis Villeneuve’s Blade Runner 2049, she was named as a highlight in multiple reviews. She would continue her growth two years later with a starring role in Rian Johnson’s Knives Out, even earning a Golden Globe nomination for Best Actress in a Comedy or Musical. Even more wonderfully, her tremendous performance would garner her a main role in the upcoming James Bond movie No Time To Die, seemingly handpicked by Knives Out co-star Daniel Craig.

De Armas will next be featuring in Blonde, an upcoming drama about Marilyn Monroe, as written and directed by Andrew Dominik of The Assassination of Jesse James by the Coward Robert Ford fame. With De Armas being primed as a main lead for the future, it could be forward-thinking of Warner Bros. Pictures if they were to offer her the role of Zatanna. Having already demonstrated a much more sultry and sexual character in Joi for Blade Runner 2049, which would suit Zatanna’s iconic depiction in previous media, she can blend it wonderfully with her kind-hearted Marta in Knives Out.

Most actors could have easily been overwhelmed being the main focus among a cast including Christopher Plummer, Jamie Lee Curtis, Toni Collette, Michael Shannon, Chris Evans and Daniel Craig, but De Armas rose to the occasion and stole the entire movie from them all. If she can do that, then she is perfectly primed to become a lead female action hero, akin to Jennifer Lawrence in The Hunger Games and Scarlett Johansson as Black Widow. Ana De Armas as Zatanna could be a magical choice.