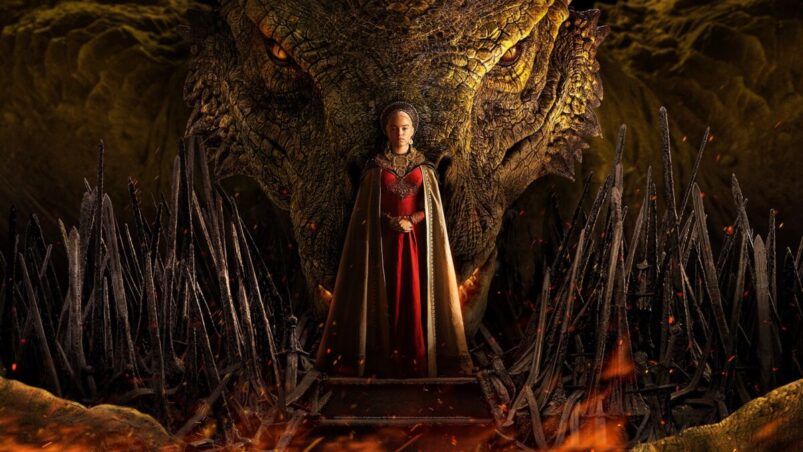 Wouldn’t you know it, Disney’s got a new Star Wars spinoff out this month. Amazing, huh? August 2022 also sees a number of days that end in ‘y’, living beings are set to keep on respiring, there’s the Pope’s ongoing Catholicism – well, you get the picture. Anyway, despite Big Mouse’s spirited attempts to devour all the world’s media there are still other TV shows out there.

Here are the biggest new TV shows of August 2022.

Everyone loves Neil Gaiman. This isn’t the title of a wacky new sitcom where the man falls over a lot, but rather a statement of fact. Good Omens came to the television to near-universal acclaim, and despite keeping its original author at arm’s length American Gods managed a pretty good innings. Now he’s got the clout for a TV adaptation of his baby, The Sandman – and a proper one, too, not the abortive ‘90s film version.

Admittedly, The Sandman would have been a real culture shock for the 1990s. As comic books go, that decade could just about take a Batman movie seriously – but the anthropomorphic personification of dreams getting back on the horse after a bit of a hiatus, catching up with his old friends, nemeses, and lovers? It would have seemed like David Lynch had gone a bit funny.

Even now, it’s a tall order to adapt what’s regarded as one of the best comic books ever for any medium. But, with Gaiman himself on hand behind the scenes to explain what makes it work, this is probably the best shot it’ll ever have.

House Of The Dragon is the last man standing of what was once meant to be four Game Of Thrones spin-offs – but that was in a very different time, before the franchise managed to burn through all its goodwill in six short hours and go from the best TV show in the world to a source of collective shame which we agreed never to talk about ever again. The survival of House Of The Dragon is something like how cockroaches are said to survive nuclear blasts.

This is a prequel to the show that must not be named, about the civil war within House Targaryen (you know, the light-haired ones who are fond of incest – no, the other ones). It’s got the George R.R. Martin staples: sexually charged dynastic intrigue, dynastically charged sexual intrigue, and probably a few big dinners thrown in too. The big question is, can it rely on any patience from its audience, knowing what happened when the original needed to actually cash its cheques?

The cast includes Paddy Considine, Emma D’Arcy, Matt Smith, Olivia Cooke, Rhys Ifans, Eve Best, and Fabien Frankel – most of whom will be wearing ridiculous white wigs. The whole way through, not just as a bit.

Remember that faintly wacky story about how Rob McElhenney and Ryan Reynolds had – seemingly mad with power – bought up the local football team from a place called Wrexham? Surprisingly, this wasn’t just an April Fools thing, or zany stunt, they have genuinely been acting as owners for the struggling squadron, and this fly-on-the-wall show follows how that’s been going.

You may be inclined to think that native Wrexhamites might resent a pair of Hollywood squillionaires coming in and appropriating their club, but that’s probably not the case – not least because at least one nearby Welsh team has suffered the indignity of a fly-by-night owner driving the club into the ground by running up a lot of debts then running off with the money. McElhenney and Reynolds are already rich, they don’t need to do that.

But there is all the traditional fun of the culture clash – first and foremost, our American celebrity protagonists trying to make sense of a language which is famously baffling to Anglophones. And it will follow the locals’ reactions, too, so it won’t just be a couple of wealthy men being bemused by people who don’t have as much money as them.

Aubrey Plaza plays a single mother to a daughter played by Lucy DeVito – why does that name ring a bell? Because the estranged father, who’s also Satan, is played by her real-life father, the DeVito. Danny DeVito.

The teaser was heavy on big DeVito making the most of being Satan, relishing in the Boschian cartoon underworld, and all this is the show’s obvious selling point. How good the show is, then, probably depends how much they’re able to make of this. The setup also invites a lot of domestic drama, which can be done well but often isn’t.

The irony is that Aubrey Plaza’s whole quirkily amoral shtick would also lend itself pretty well to being a cartoon Satan. But, being a single mother, and seemingly a mortal one, she’s likely been lumbered with being a plodding voice of reason as she and pappy DeVito tug-of-war over the child’s soul – though if she’s not I’ll be very pleasantly surprised.

Steve Carell and Domnhall Gleeson turn their hands to a proper, intense two-hander, the kind of thing that might not all be in the one room but for all intents and purposes may as well be. They’re the original odd couple: one of them’s a psychotherapist, one of them’s a serial killer – what’s going to happen?

The therapist’s chair is a setup beloved by scriptwriters, possibly because it gives characters a reason to just say out loud how they feel. But it also has a weirdly enduring link to thrillers like this, which can only be down to shrink king Hannibal Lecter, who Anthony Hopkins and Mads Mikkelsen both put an enduring spin on. Carell’s therapist here isn’t a cannibal, but presumably if it gets him away from the shadow of The Office, he’ll take it.