The Oscars were more or less predictable, until the twist we got at the end. 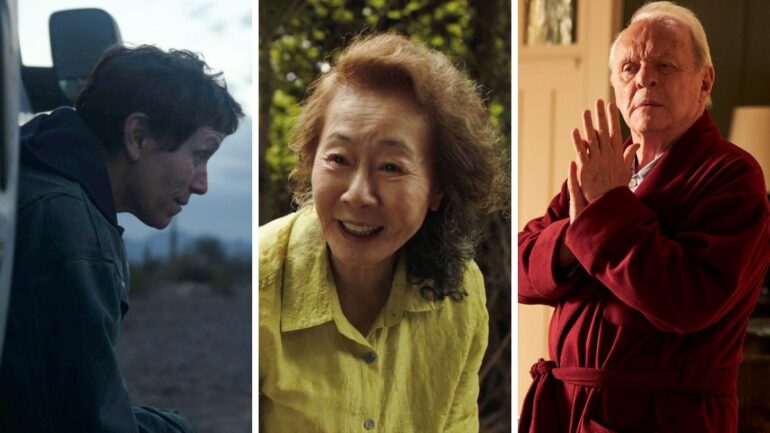 Films featured are Nomadland, Minari and The Father

The 2021 Oscars are now over, and while most of the night and award winners were predictable and expected, we ended on a twist nobody saw coming.

First off, let’s talk about the history making moments that happened tonight. Chloé Zhao won the Best Director award for Nomadland, becoming the first woman of color to win the award, and the second woman ever to win in this category (Kathryn Bigelow was the first with her film The Hurt Locker). Nomadland also won Best Picture, so it was a great night for Zhao. Yuh-Jung Youn became the first Korean actress to win an acting Oscar, for her supporting role in Minari.

Daniel Kaluuya won the Best Supporting Actor award for his portrayal of Fred Hampton in Judas and the Black Messiah, while Frances McDormand won her third Best Actress Oscar for Nomadland. In a shocking twist, Anthony Hopkins took home the Oscar for Best Actor, for his role in The Father. Chadwick Boseman was favoured to win the Oscar posthumously for Ma Rainey’s Black Bottom, so this took everyone by surprise, especially since it was the last award of the night, which is strange since that honour is usually reserved for Best Picture.

Sound of Metal killed it in the technical categories, winning Oscars for Editing and Sound. Despite Mank being one of the most nominated movies, it only won in two categories – one of them is DP Erik Messerschmidt taking home the Oscar for Cinematography. The reception to Tenet might have been divided, but that didn’t stop it from winning the Oscar for Visual Effects.

Best International Feature
Another Round

Best Original Song
“Fight for You,” Judas and the Black Messiah

Best Animated Short
If Anything Happens I Love You

And that’s the Oscars in a nutshell.

READ NEXT: 5 Comedy Legends Who Were Snubbed by the Oscars